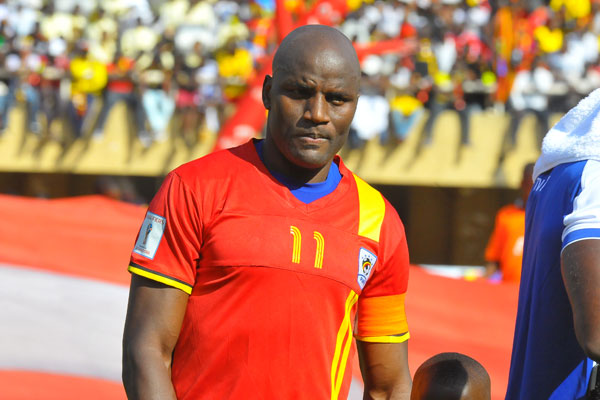 Uganda Cranes captain Geoffrey Massa has called it quits with international football after achieving his dream of helping the Uganda Cranes qualify for the Africa Cup of Nations (AFCON) that happened a few months ago in Gabon.The 31 year old made his decision after consulting with his family. “I have decided to retire from International football after consulting with my family and I believe it’s the right time to start a new chapter.” he said.

Although he has retired from the national side, Geoffrey Massa will continue playing his professional football with South African Premier Soccer League side Baroka. 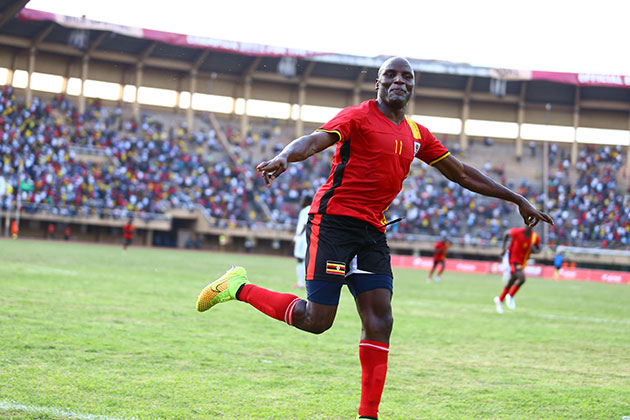 This is it for Uganda Cranes’ Star Geofrey Massa

He is Uganda’s all time nations/world cup qualifying top scorer with 12 goals and before retirement, he had won 80 caps for the national team. Massa made his national team debut in 2005 and has spent 12 years playing with the cranes.

Born in Jinja, Massa began his career in 2004 with Police FC before moving to Egypt’s Al-Masry in 2005. He played three years in Egypt before moving to South African club Jomo Cosmos in 2008 and he played 14 games and scored one goal. In 2008 he left the team to return to Egypt and sign a contract with Itesalat. Massa joined on 14 September 2011 to Telsim Super League club Yenicami Agdelen SK. On 21 August 2013, he signed a deal with the South African side University of Pretoria.