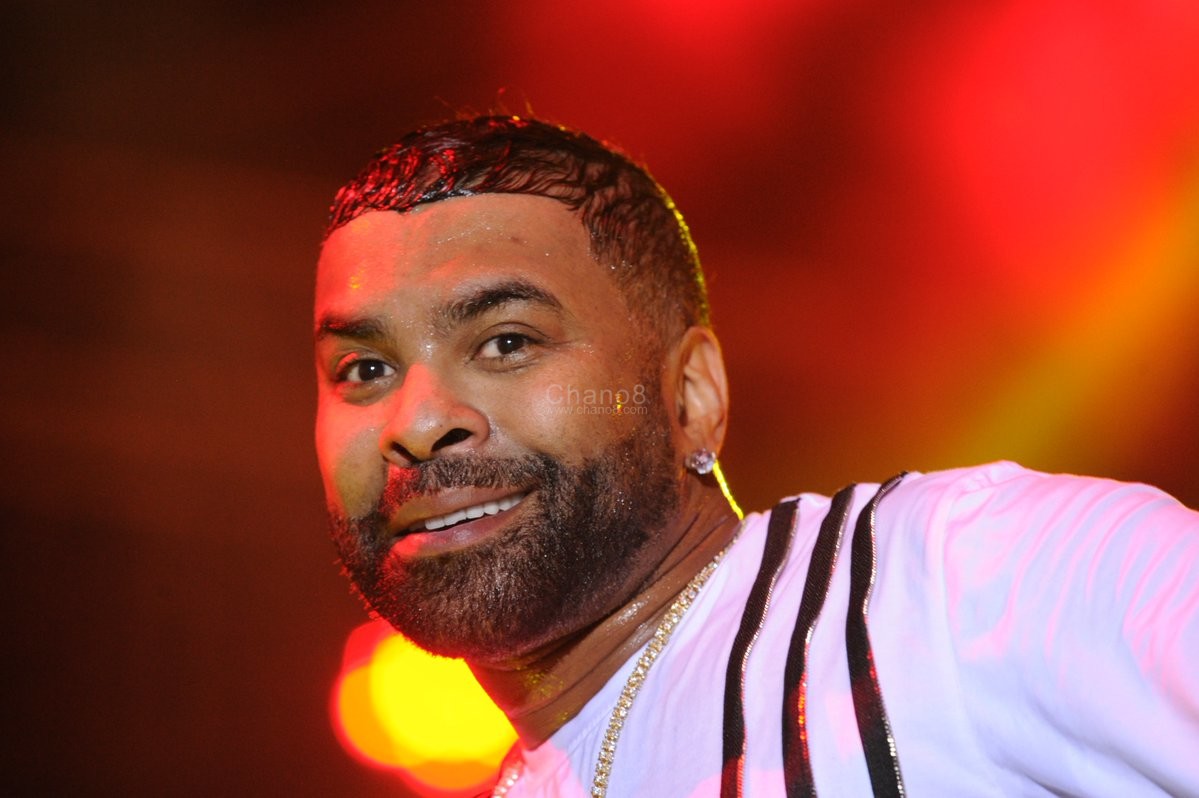 American RnB super star Ginuwine on Saturday put up an electric performance as he brought back memories of the good old days of the 80’s and 90’s. He was in top form as he killed the ladies softly with his love ballads at Speke Resort Munyonyo lake side.

To set the mood right, Uganda’s top oldies’ DJ, Selectar Jay took the revellers down memory lane with some classic oldies tunes as they streamed in and settled for the night.

Johnnie Walker the official title sponsors of the Safari concert had done a tremendous job with a glamorous decor and setup of the venue just along the shores of Lake Victoria with a cozy ambiance in Munyonyo. Silk Events who set up the stage, lighting and sound too were on point and let things flow without interruption.

After 11 editions, the Safari had its first female MC in Miss Deedan who welcomed the guests with her usual gusto. So, when the first performer Tonya Ahebwa took to the stage at 8; 45pm, the mood was already set and all she had to do was heighten it with some classical renditions of great tunes from some of the legends in the game which she did perfectly well.

Being a night for the crooners, Naava Grey, Kenneth Mugabi, Aziz Azion and Maurice Kirya did what they are good at, churning out some soulful tunes and RnB vibes in a nonstop live session backed by Tshaka Mayanja and his Black Roots Unlimited group. 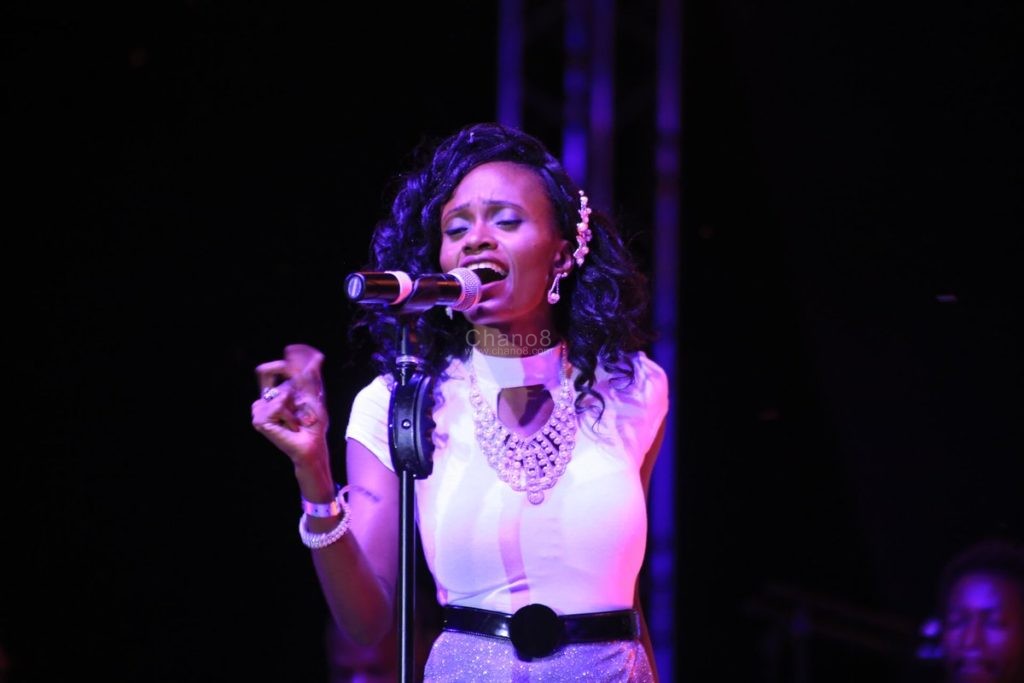 Tonya Ahebwa did not disappoint with the renditions. 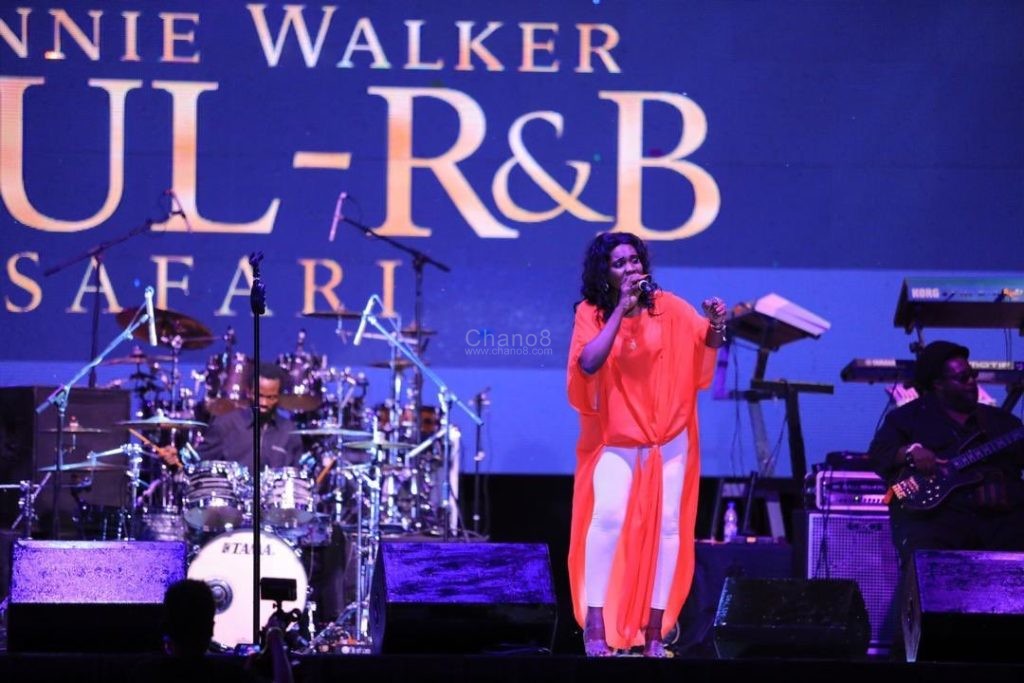 Naava Grey too did a commendable job. 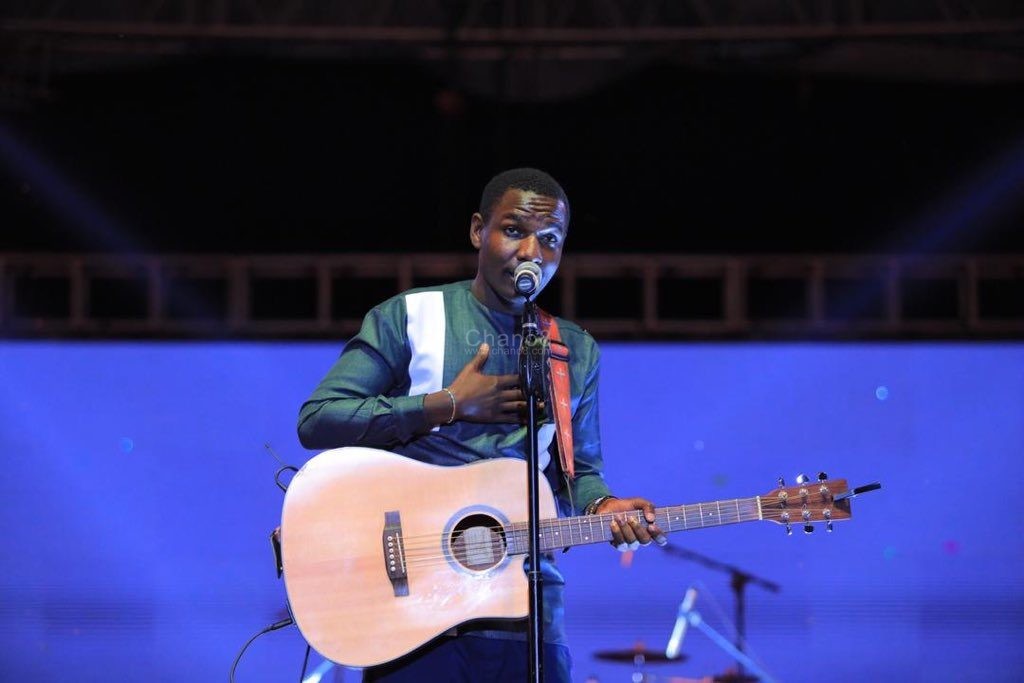 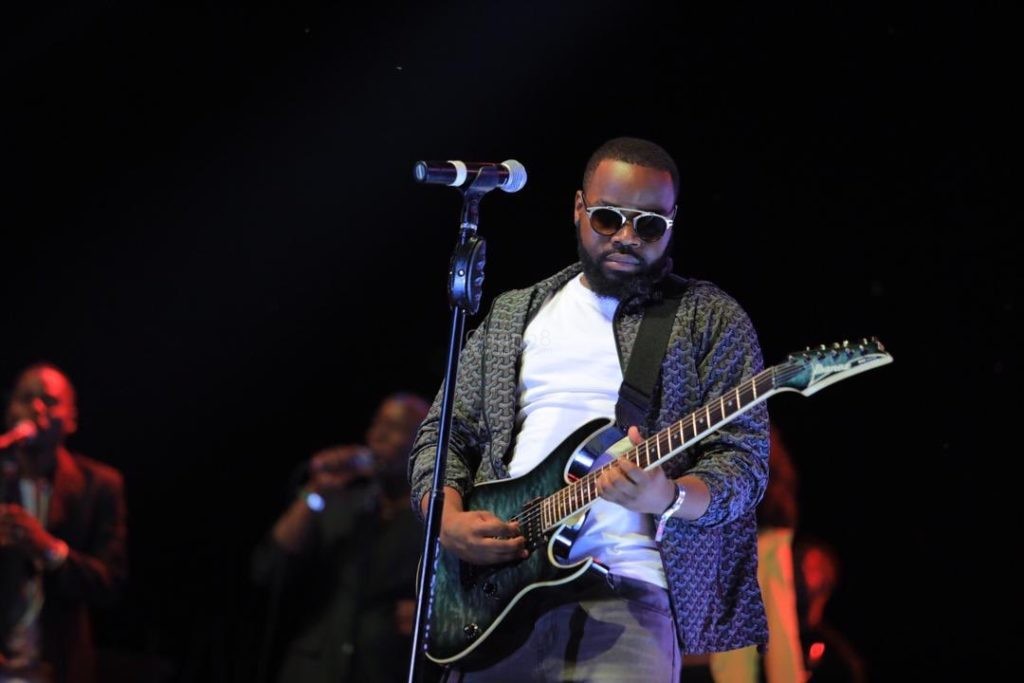 Aziz Azion plucks it with his guitar. 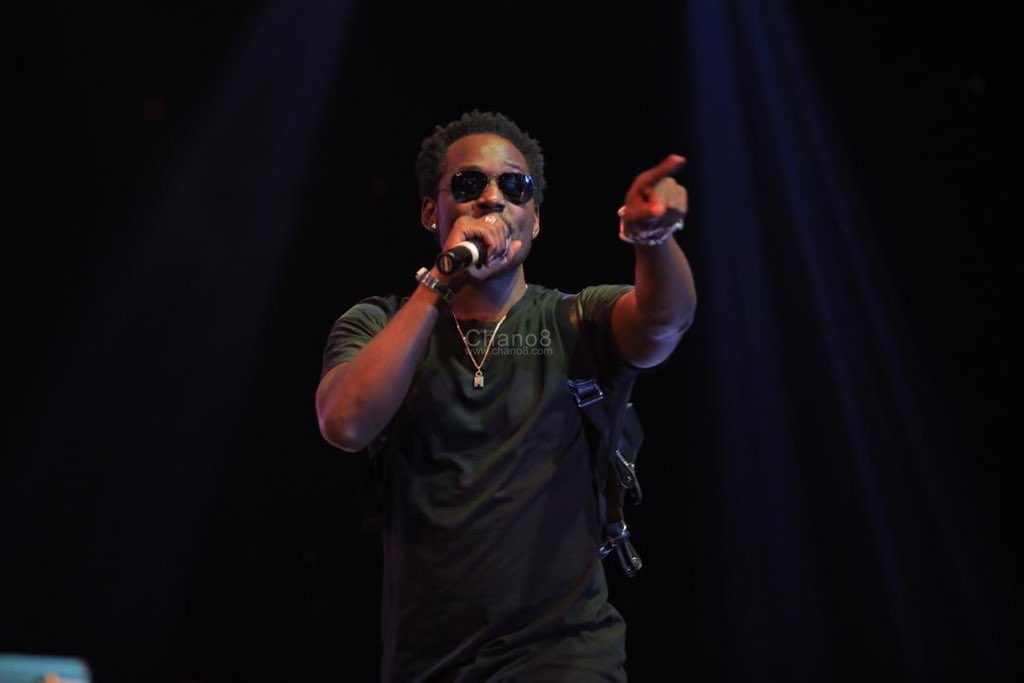 Tshaka himself, who has organized the Jazz and Soul Safari for the past 11 years, took the opportunity to announce his retirement from active music. He declared he will only be involved in the ‘background’ and help the new generation to prosper.

Time check 10:15pm and its time for the main man to step on stage. Fully backed by his TGT crew, Ginuwine real names Elgin Baylor Lumpkin gracefully stormed the stage dressed in all white amidst deafening cheers from the crowd. As soon as he started belting his popular tunes the ladies stormed the area close to the stage as they started recording him with their smart phones for their snap chats.

Without wasting too much time he went straight for the kill as he did ‘Same Ol’ G’ the song that most people in the generation that appreciates his music associates with. The familiarity was all clear as the crowd sang along word for word tune for tune. 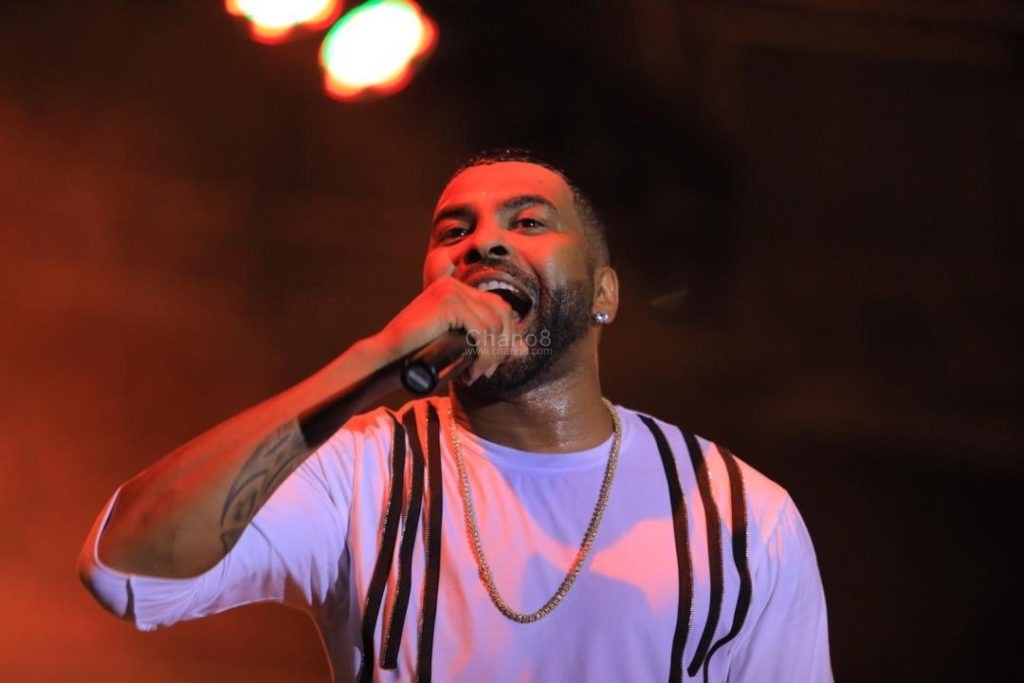 Man of the moment Ginuwine singing his heart out for the fans.

His choice of songs for the night’s lineup was also on point and included songs like Same Ol’ G, ‘In those Jeans, ‘The Best Man I Can be’ and ‘so Anxious’ as the fans seemed to know all of them as they pulled off those 90’s dance moves of tweaking the fingers and occasionally break dancing in funky style.

He engaged the crowd and was friendly throughout. “You love my pants?” he even jokingly asked the crowd after he changed into a black leather pant with golden accessories and a white T-shirt.

So when he sang the touching song ‘Differences (My whole life has changed)’ in memory of departed loved ones, he asked the crowd to switch on their phone lights and pay tribute to the legends in the game who have since left us. He continued with the tributes some of the greatest of all time like Michael Jackson who inspired him. He even did the Moon Walk as they cheered him on. 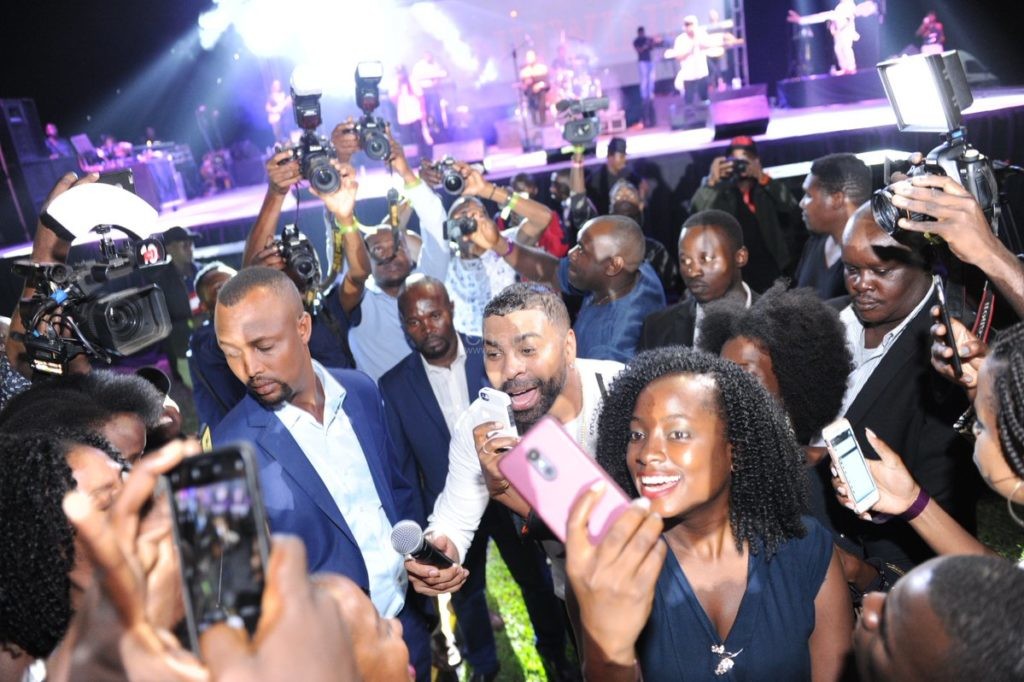 He also had time to mix and mingle with the fans as they took selfies.

He, at one time joined the fans off stage and sang for the ladies while seated on a speaker and then climaxed with the monster hit song ‘Pony’ as he threw rose flowers into the crowd before Michael Rose decided to provide a moment of madness by storing the stage uninvited. He was duly thrown off stage by the mean looking bouncers and walked off very embossed.

Ginuwine continued with his performance and even returned for one more song when the crowd requested him to return after leaving the stage. He then finally closed the show at 11’30pm leaving the fans yearning for more as Selectar Jay consoled them with more oldies. 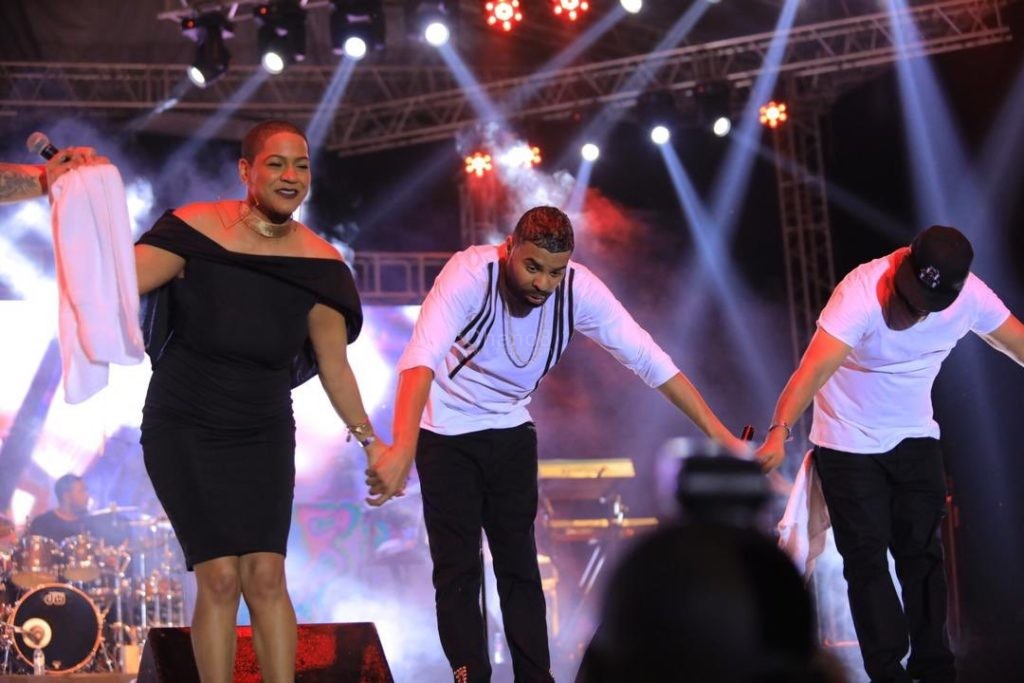 And thats how you close a super show