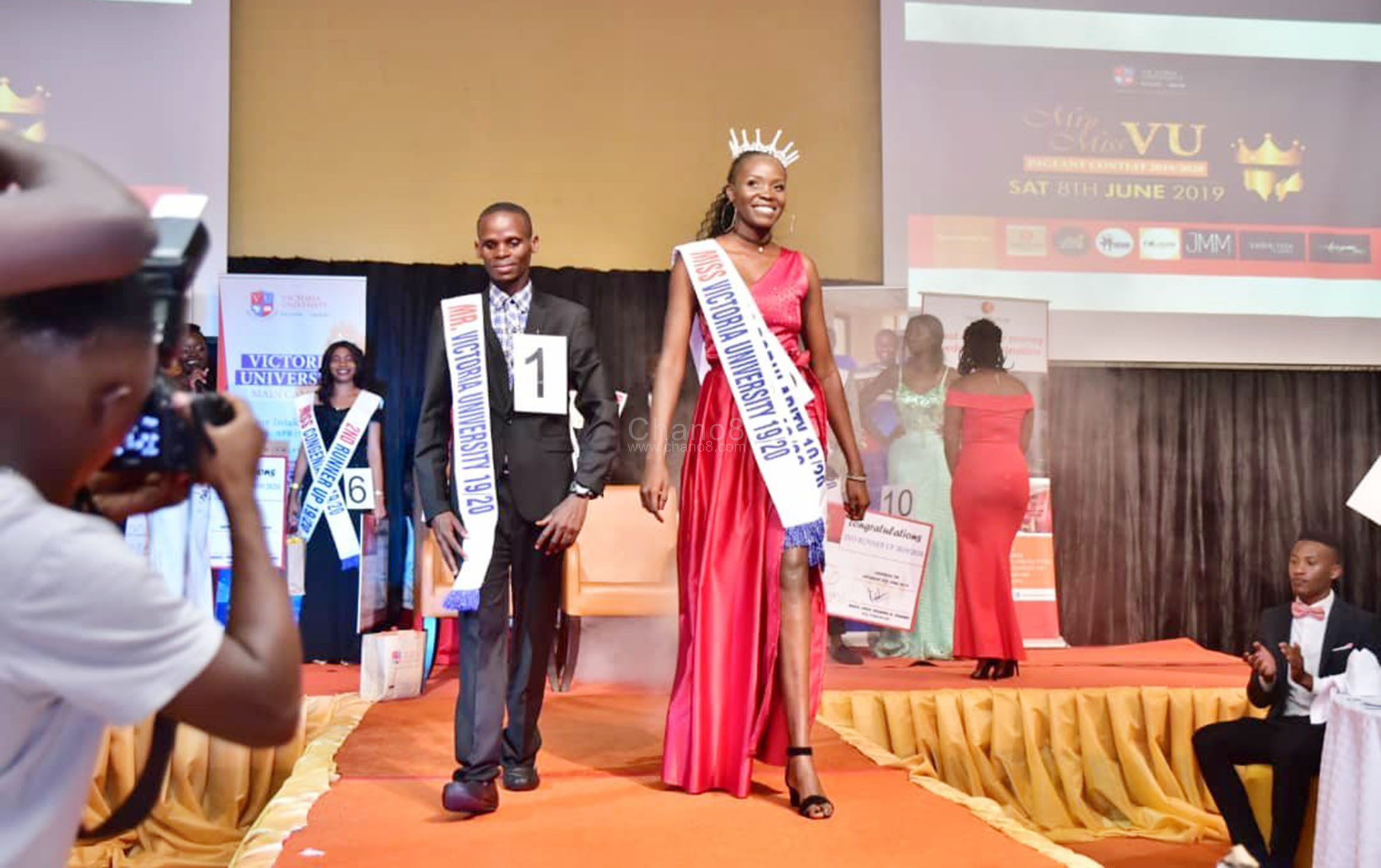 Some universities don’t take beauty pageants as a big deal but to Victoria University, this is one of the best ways to motivate it’s students and they did that in style last Saturday evening when they got a new Mr and Miss Victoria University.

Achan Nhial Bol and Robert Sekamanya’s CV’s now have new statuses especially at campus as they were crowned.

Besides the crowns, the winners were each given a cash prize of Shs400,000 and a night at Speke Resort Munyonyo with any person of their choice while the first runners up got shs300,000 and shs200,000 for the second runners up. 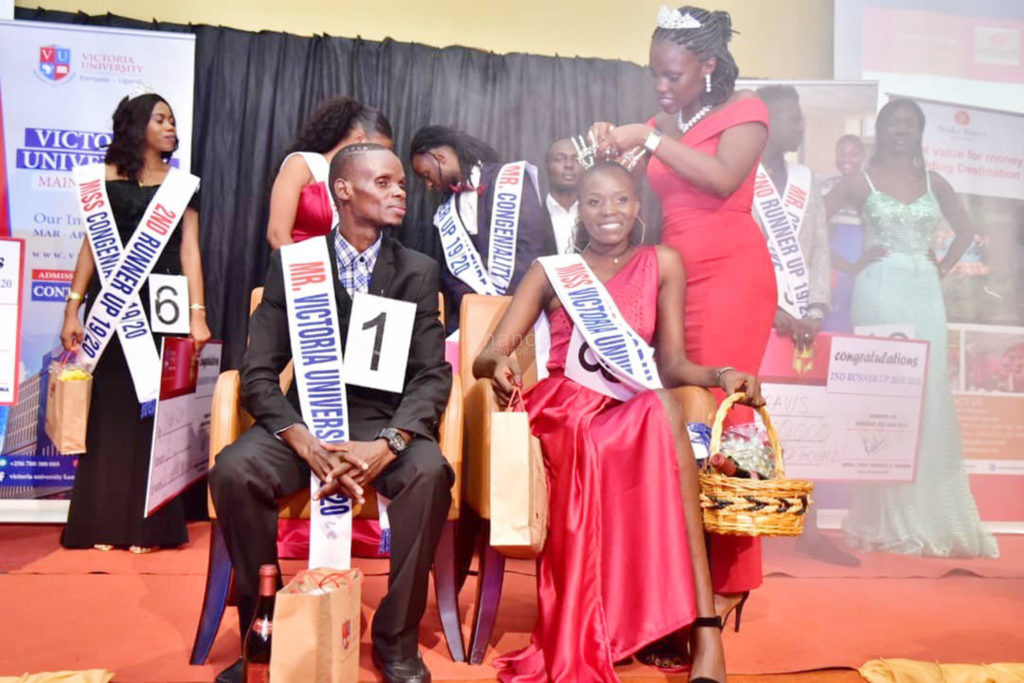 Mr and Miss 2019-2020 Victoria after being crowned over the weekend.

The two were announced by a panel of judges led by the former miss Uganda Leah Kalanguka at a tightly contested pageant held at Speak Resort Munyonyo.

From the ten participants (five gents and five ladies), Achan and Sekamanya were the best in knowledge, creativity and culture among others.

Other categories recognized during the contest include, congeniality, popularity, creative and culture.

The highly attended and colorful contest was graced by the University’s Directors Rajiv Ruparelia and Naiya Ruparelia while Ykee Benda entertained the guests with a splendid performance as the students cheered him on. 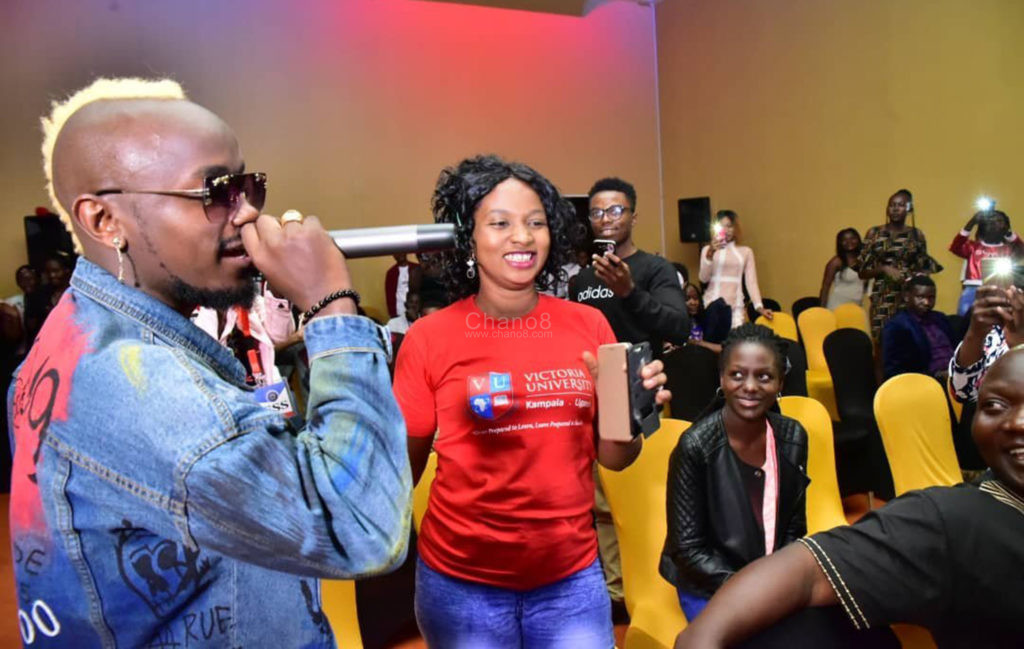 YKee Benda performs during the Pageant. 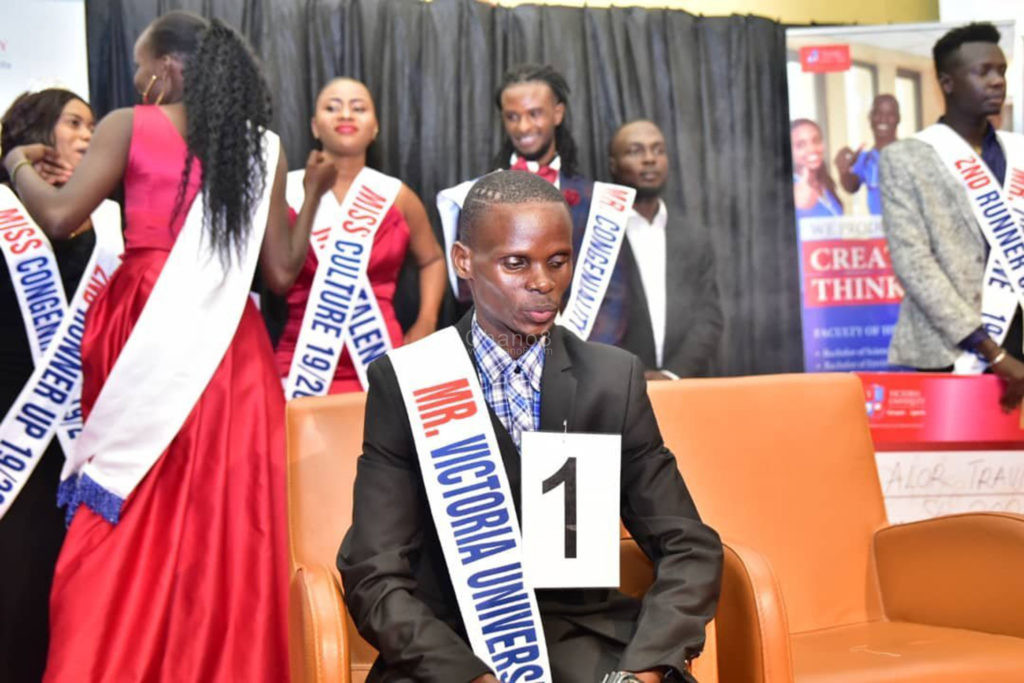 Robert Sekamanya the new Mr Victoria University basks in glory as he is being crowned.