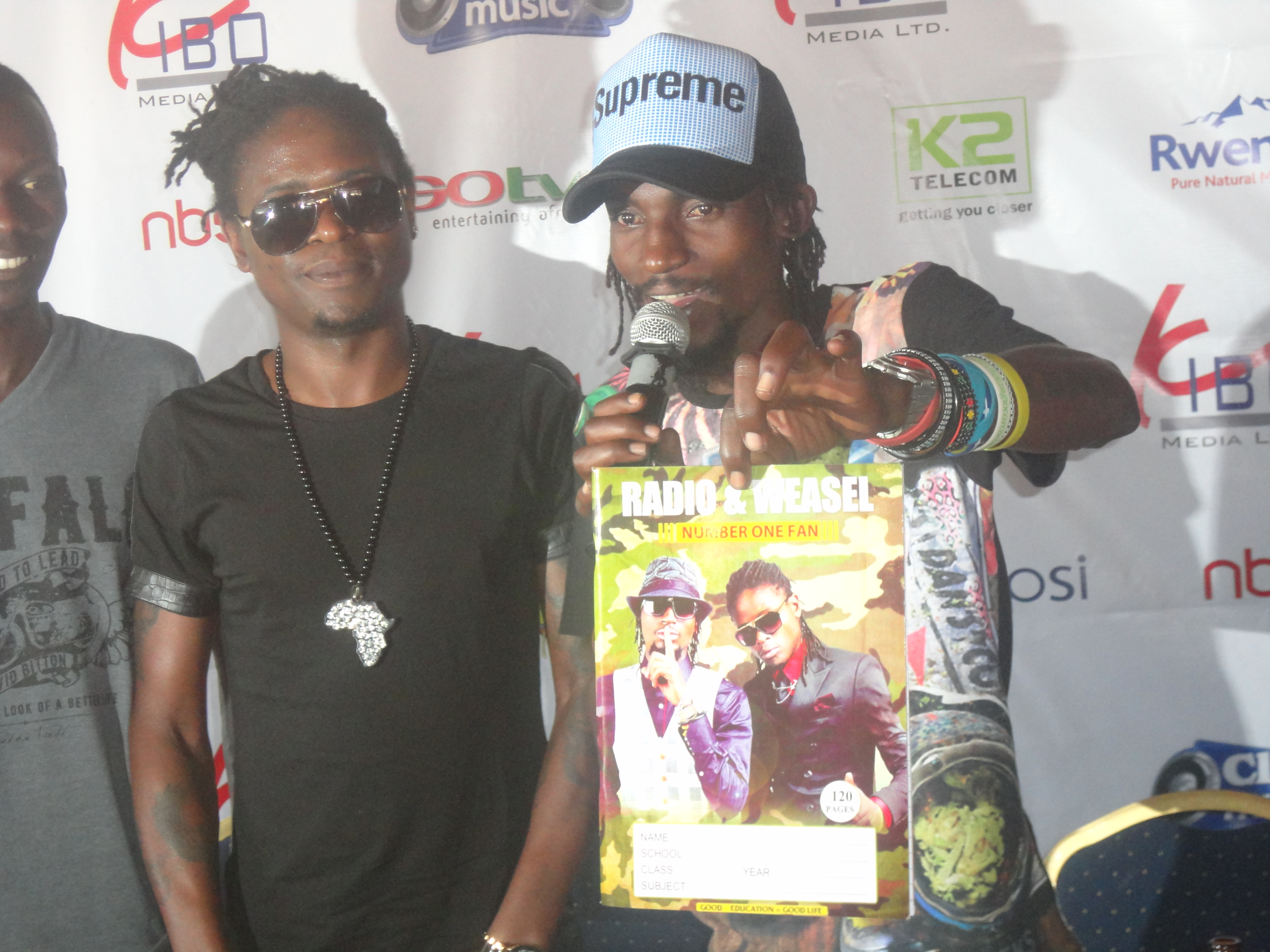 Appearing at the press conference of their highly anticipated concert dubbed the Best of Radio and Weasel due to take place this Friday at Africana, the duo promised an epic show like never before.

The duo said they looked for a title track to name the album but couldn’t decide so they all agreed of Best of Radio and Weasel. They also added that this is going to be a compilation of their best tracks, not like what other artistes have been doing of singing two hits off the new album and give the audience trash.

“We have too many great hits. Over 200 and we are looking at performing the best out of them which isn’t going to be easy. We are giving our fans the best since we joined the music industry and come this Friday, you will experience what you’ve never experienced,” said Radio. 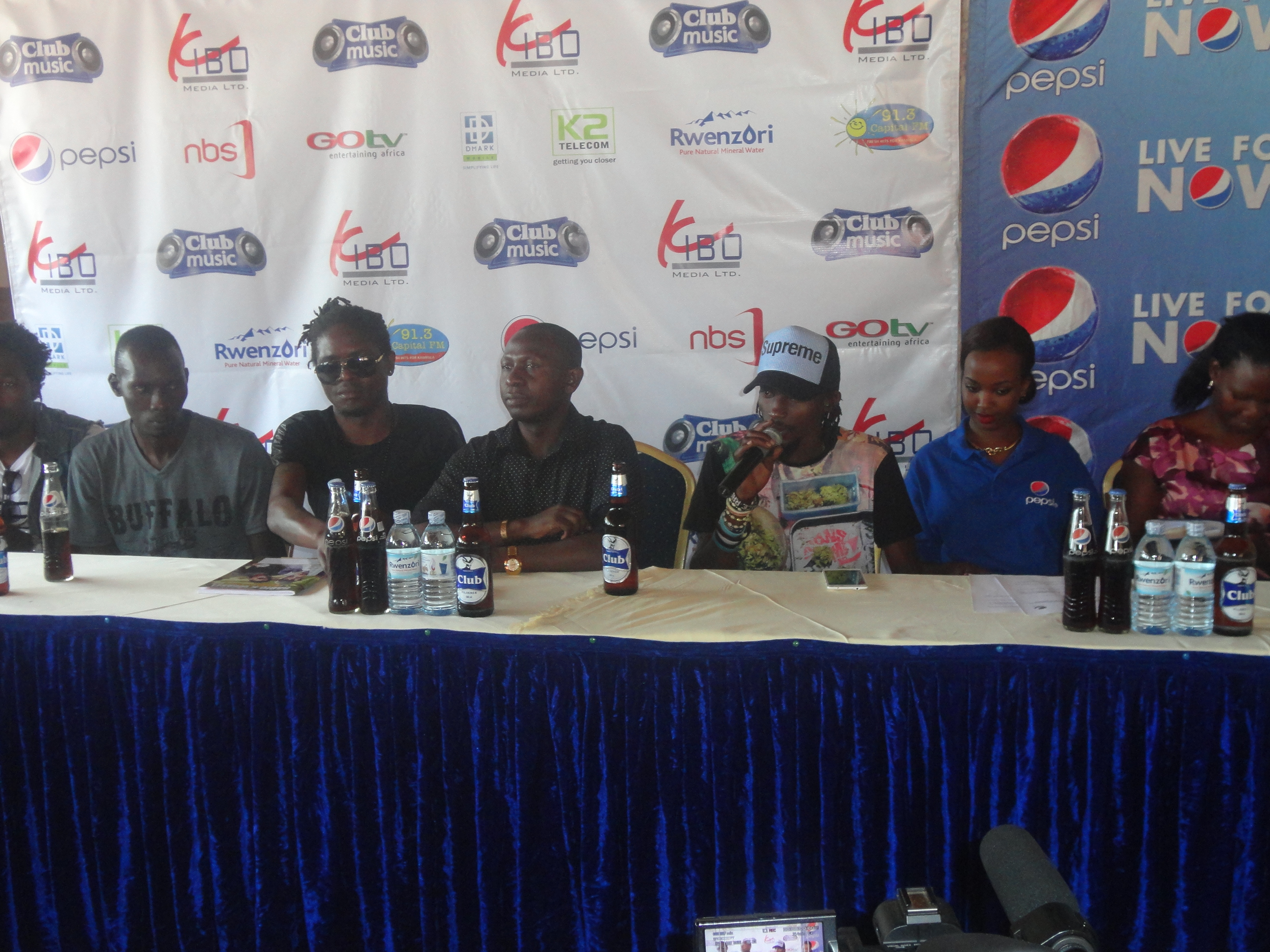 Radio and Weasel at the press conference yesterday.

Earlier on, there was information doing rounds that the duo will also be flying in Wizkid with whom they have seven tracks as a surprise act but Weasel confirmed the Nigerian artiste won’t be attending. “We talked to him and he seemed excited but the problem is that he’s booked for an entire year. He’s one of the busiest artistes in Africa so getting him down here would cost him so much. We are planning more great videos for the seven tracks we have with him but the problem is time.” He said.

The show is happening this Friday at Africana hotel with gate charges being 10k general and 50k VIP. The show is proudly sponsored by Pepsi, Club, Capital fm, Rwenzori water among others.