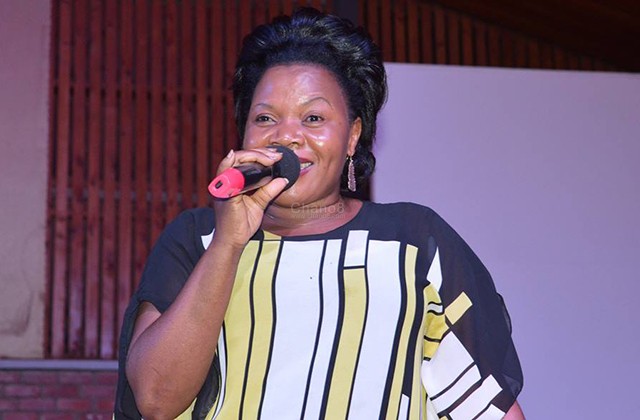 Information we landed on over the weekend from the corridors of Parliament indicate that gospel singer honourable Judith Babirye is set to introduce her longtime boyfriend and Buikwe North MP Paul Sebulime. Our sources at Parliament have revealed to us that Judith will introduce Paul to her parents come next month 28th July at yet to be identified place.

Speaking to a very close family of Judith, we have also learned that Judith started distributing invitation cards that don’t state where the introduction party will clearly take place.

“Hon Judith Babirye with pleasure invites you to her introduction ceremony due to take place on 28th July 2018 at a private venue that will be communicated.” the wedding card reads.

Being in parliament might not be so much about politics as Babirye has found love there as well. The singer who was once married to Niiwo, the father of her children seems to have found her true love at 40 years. Journalists who report from parliament reveal that the singer is always hand in hand with ‘her man’ and seems happy like never before.

According to records that were provided to parliament by Paul Sebulime Musoke, they show that the Buikwe North MP is exactly 44 years now so those that doubted Judith Babirye’s hook up with a young and vibrant man are to be proved wrong.

It has also been reported that Judith Babirye and Paul Musoke have been dating for almost two years and that they have now decided to make it official with this secretive introduction ceremony.

According to a private introduction invitation card that got out, it invites only a few people to attend this ceremony as the two members of parliament legalise their love.