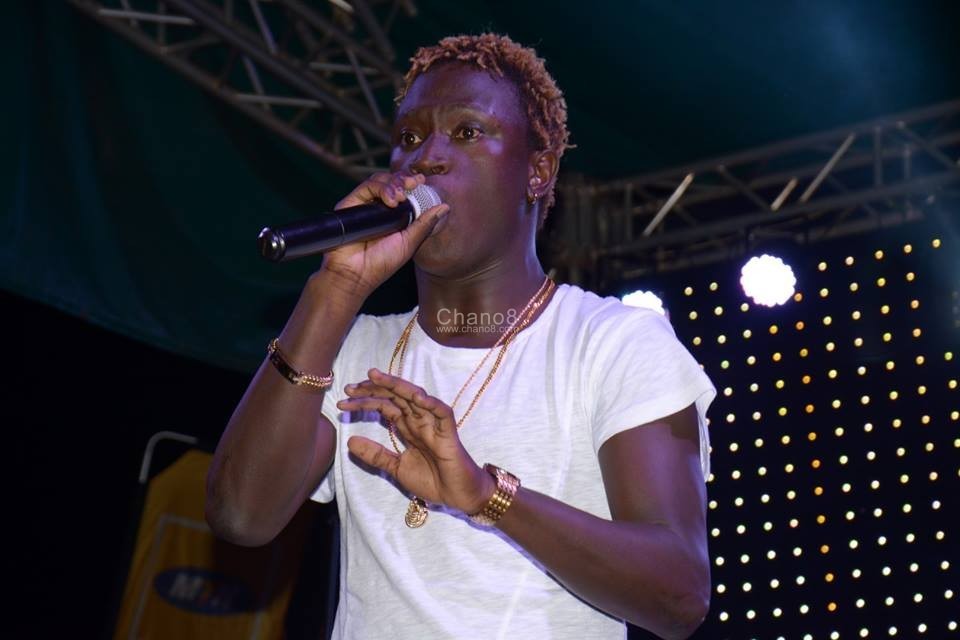 The ‘Who Is Who’ Hip Hop challenge that was started by Rapper Fefe Busi  through a song dubbed ‘Who Is Who’ in which he dissed rappers like Gravity Omutujju, Da Agent, Fik Fameica, Victor Kamenyo among others is getting more interesting although we thought it had lost sense and direction.

Some of the rappers who were dissed released replies to Fefe Busi which turned the whole thing into a challenge of sorts that also introduced fresh artistes whom Fefe did not attack like Recho Rey and Hazzo Aaron. However, whoever released a version on this challenge for some reason attacked rapper Gravity Omutujju although he did not rush to do a reply song too.

Gravity’s critics and the media were too quick to conclude that Gravity chickened out. Little did they know that Gravity was actually cooking something which he released last week on Friday.

To our surprise, much as we expected him to hit back at Fefe Busi, Da Agent, Victor Kamenyo and Recho Ray, Gravity instead attacked some of the veteran rappers like Navio, Rocky Giant, GNL Zamba and Babaluku in a fresh song dubbed ‘Black Panther’ which is Gravity’s long awaited ‘Who Is Who’ reply

Just like you know, Hip Hop and self appraisal go hand in hand and yes, this is a typical self appraisal song that sees Gravity prove to the world that he is way better than these rappers and the other rappers at large.

He begins the song that is mainly aimed at rappers Navio, Rocky Giant, GNL Zamba and Babaluku calling himself the Black Panther welcoming them to Wakanda land. He claims how he came out nowhere on to Hip Hop scene and took over all the these rappers who are now hating on him because of his success

He adds bragging how he is the only still relevant rapper after 8 years who understands what Ugandans want and how nothing can scare him be it sunshine, rain, floods or poverty. In more lines, he undermines Navio alleging that he is still a mummy’s boy who is still taken care of by his mother Dr Maggie Kigozi. He adds saying that Navio’s mother is the one who got him the wife he has plus how the same mother will be the one to take care of their children.

In another verse, he switches to Rocky Giant whom he stings by saying that fans got over and tired of his boring style of rap before advising him to leave the game and turn into a bouncer since he got a body bouncers’ because he no longer has anything new to offer. He assures him saying that he is a profit in the Hip Hop industry making Rocky is a loss

Worst comes to the worst when he hits hard at Babaluku who claims to be the Hip Hop grandfather. He challenges him admitting how he has never heard of Babaluku’s hit song(s) ever since he (Gravity) broke through. He criticises Babaluku for doing nothing but connecting Ugandan boys to get married to old white women abroad.

In the last verse, he goes ahead to attack GNL Zamba whom he says feared the competition and  pressure in Uganda and went to hide in Hollywood, USA and lied to fans that he joined acting. He further disses GNL saying that he smoked too much weed and smoked the lyrics as well before advising him to beg his former manager Shadrack to bring back on the scene

Going by the lyrical content in this song, it is clearly seen that Gravity wants to also initiate another Hip Hop challenge with these Hip Hop veterans just like Fefe Busi did by attacking the fast rising rappers. Let us wait for the replies from the veterans