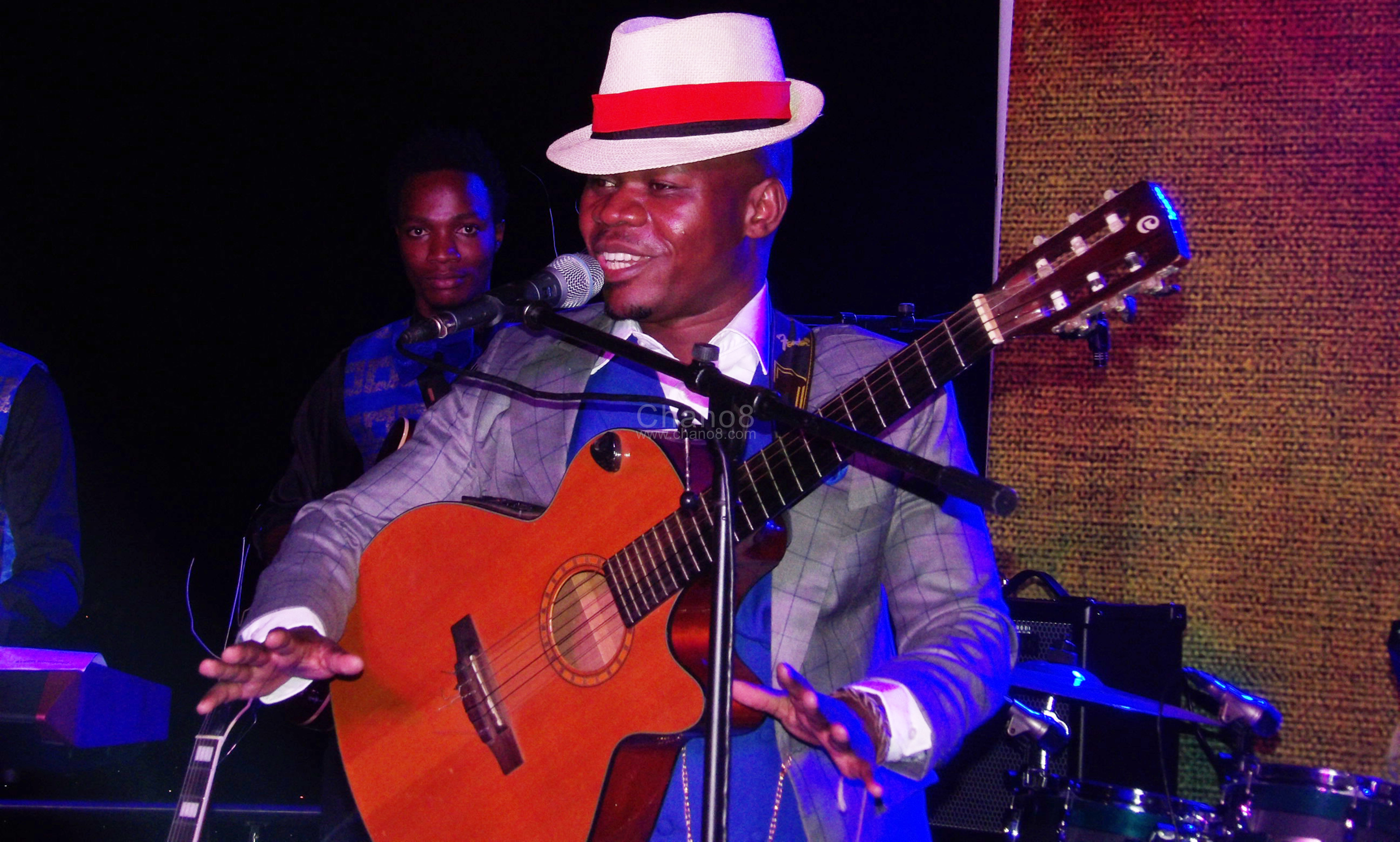 Ugandan-based Congolese guitar maestro, singer and composer Charmant Mushaga last night treated his fans and partners to an exclusive listener’s party for his latest and third studio Album ‘Welcome To My Village’ at the expansive posh Skyz Hotel in Naguru hill rooftop.

The organisers; Molten Entertainment had put up a breathtaking exquisite set-up at the rooftop for the VIP guests who had to attend by invitation only. A selected lucky few made it to the guest list comprising Charmant’s friends in the music industry, Pastors, sponsors and partners as well as ardent fans who have been supportive in his music career through the years. 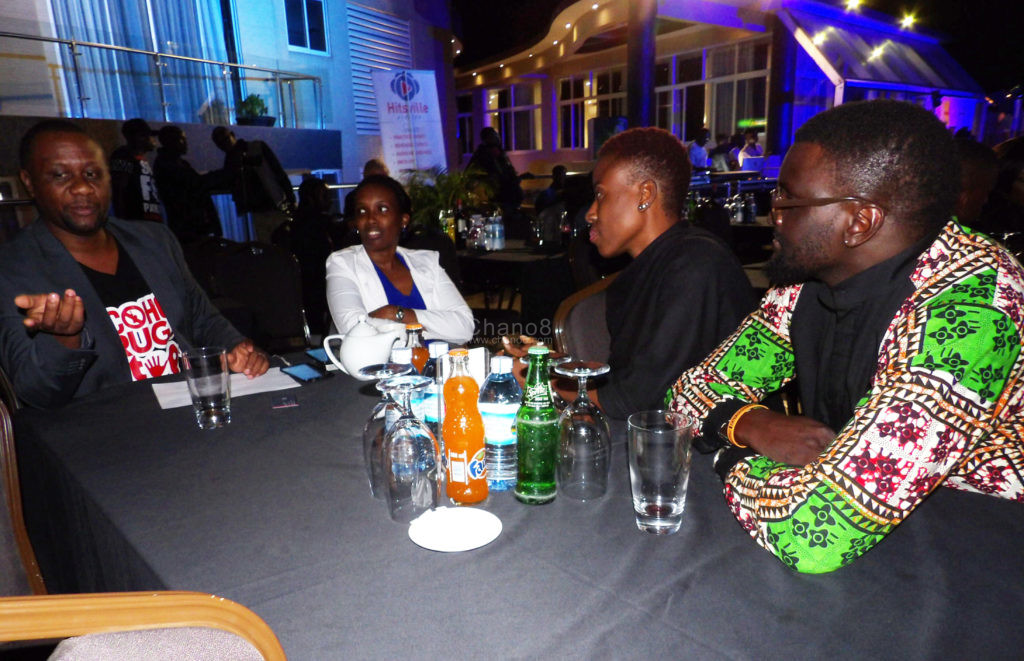 Some of the guests at the event included Pastors and other religious leaders. 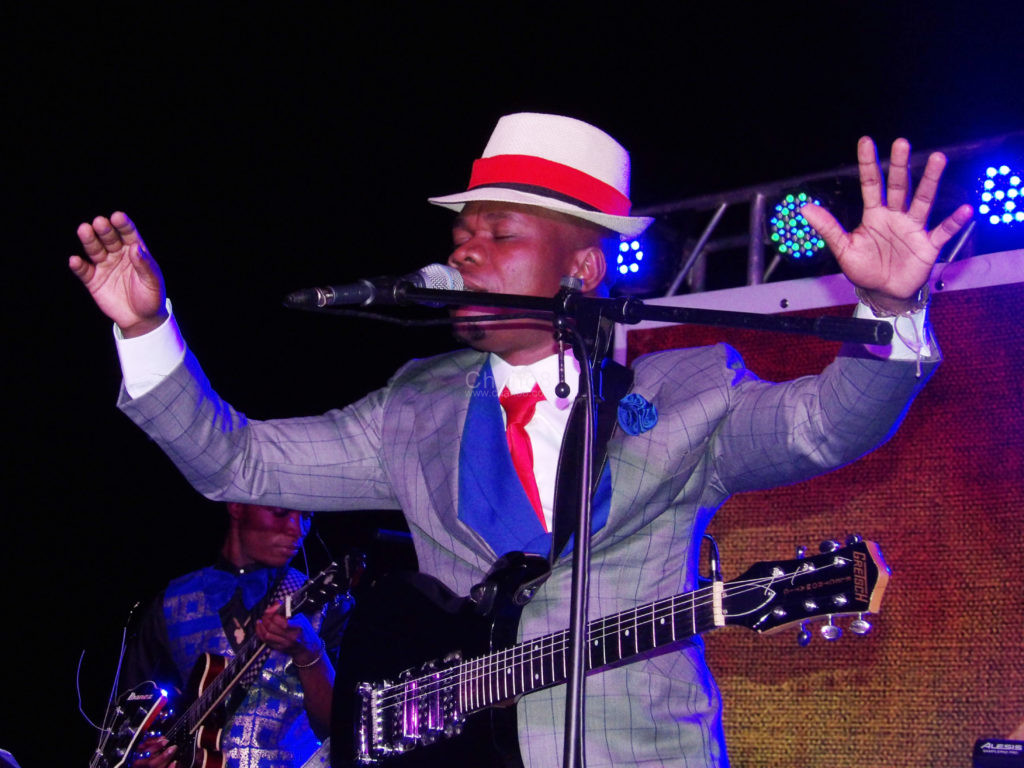 Charmant pours out his heart as he sings some of his new songs from his latest album.

The party was delayed slightly from 8:00pm to 8:45pm when it officially kicked off as guests were held up in traffic trying to make it to the venue on time. The hosts John K and Essien eventually welcomed the guests and announced that, the show belonged to Charmant himself who will grace the stage solo without the help of curtain raisers but accompanied by a few friends and his Kivu Jazz Band.

Charmant, with his free energy flow and exuberant, flamboyant style did what he usually does best as he straight away engaged the guests right from the time of stepping on stage as he moved among the crowd, then to the stage while explaining the messages in the songs he performed, telling a story here or two narrating any emotional connection attached to a particular song. 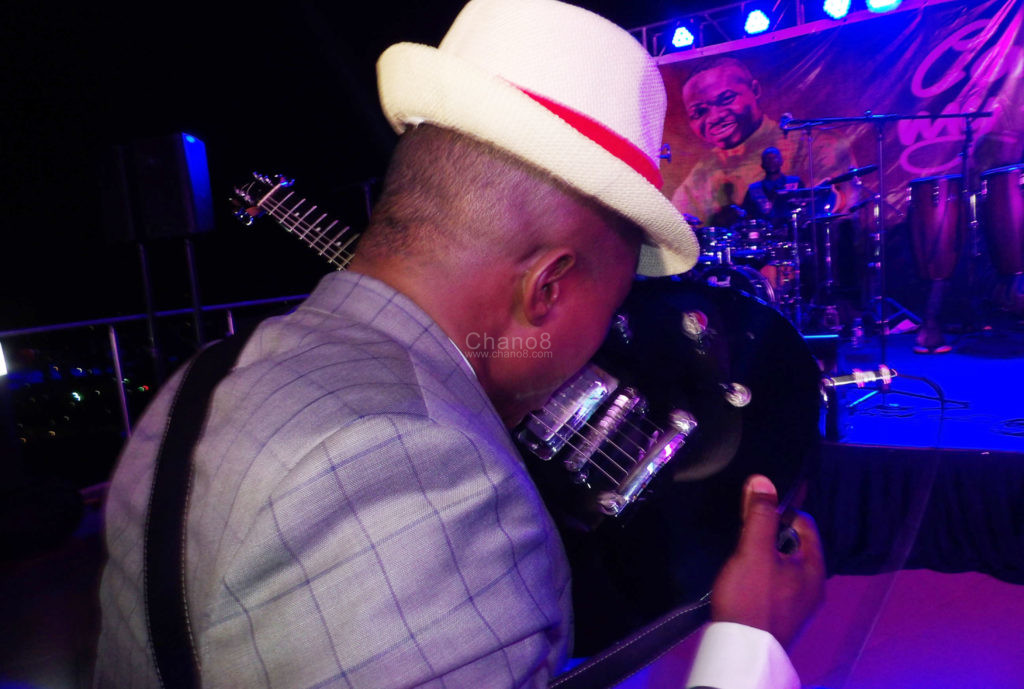 Biting Game: He plays the guitar with his teeth.

His dress cord betrayed his Congolese origin and he prides in it as he explained the choice of the name ‘Kivu Jazz Band’ which has its roots deeply from his home village in Kivu province in Eastern Democratic Republic of Congo where the style of music is often times referred to as ‘Kivu Jazz’ which he has since adopted.

The occasion also served as a special moment for the lady behind Charmant’s rise to the top of the music scene Mrs Elibabeth Mushabe to officially launch her Molten Entertainment company that handles all Charmant’s music projects. The agency will be doing talent, identification, nurturing, managements as well as events planning. In her opening remarks, she thanked the guests for supporting her dreams and helping in building Charmant’s music career.

“In 2015, a young man walked in my office at SMS One. I was a little bit hesitant because artistes are special breed of people and they are not easy to handle. I did all to dissuade him. After persistent pressuring I finally obliged and In 2017, I formalized the relationship, formed a company Molten Entertainment to work with him. I thank Charmant for allowing me practice on him. I have also worked with Exodus, Naava Grey and Levixone among others to do management business”.  Elizabeth said 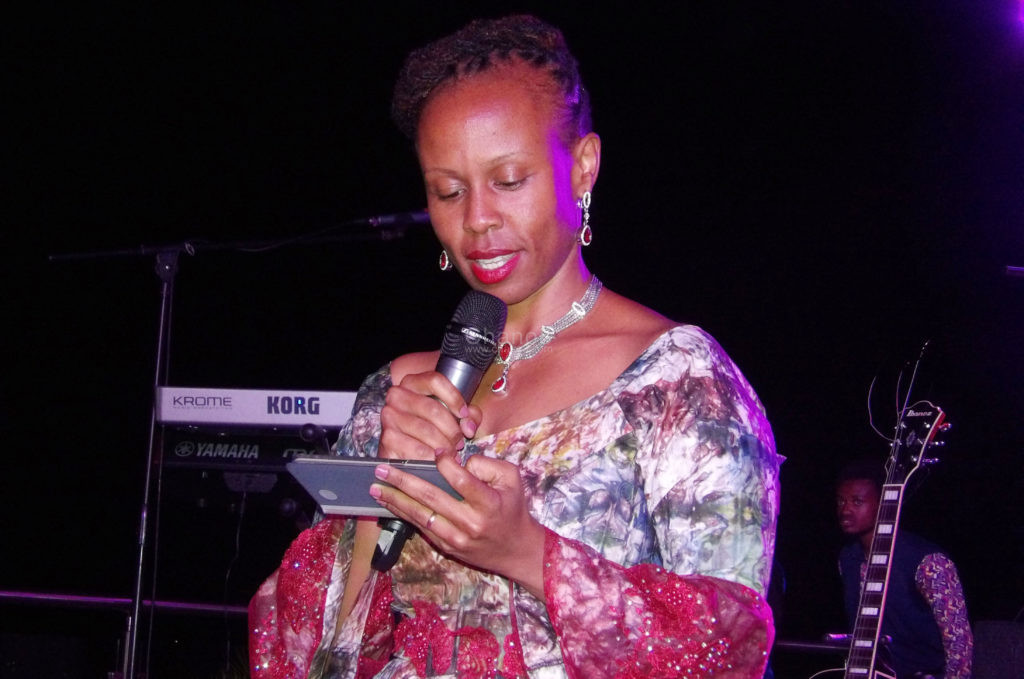 SME ONE’s Elizabeth Mushabe also the founder of Molten Entertainment giving her remarks at the show.

One of the key people who also helped build the Guitarman’s career Isaiah Katumwa was absent at the event dubbed the Guitar Room, but was ably represented by his son Mitchell Katumwa as he performed two of his own original compositions with a Keyboard. 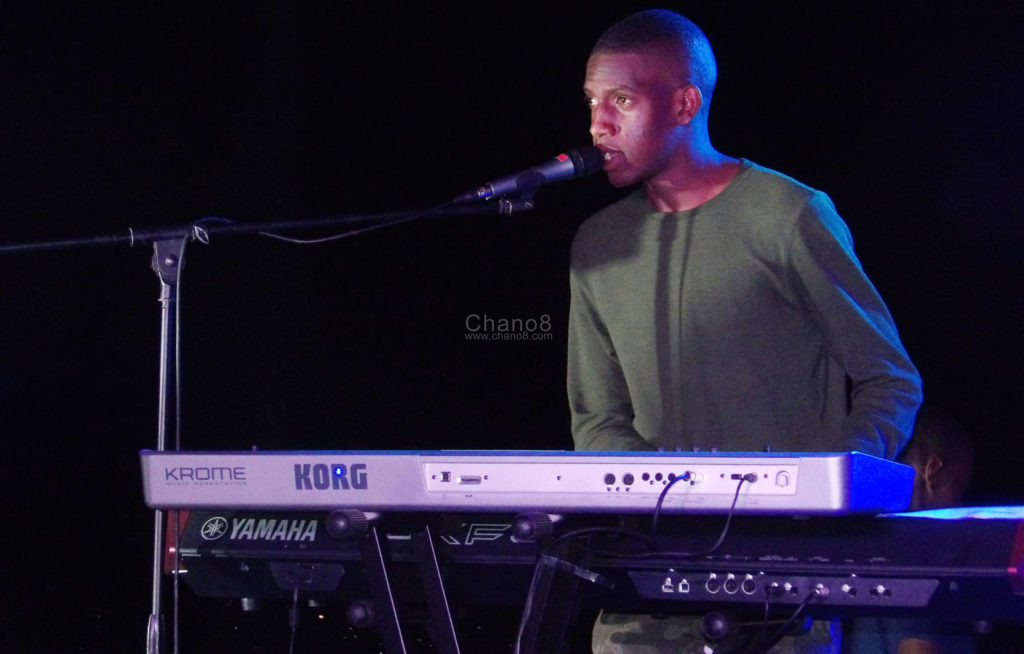 Isaiah Katumwa’s son Mitchell Katumwa is also trying to make his mark on the scene. 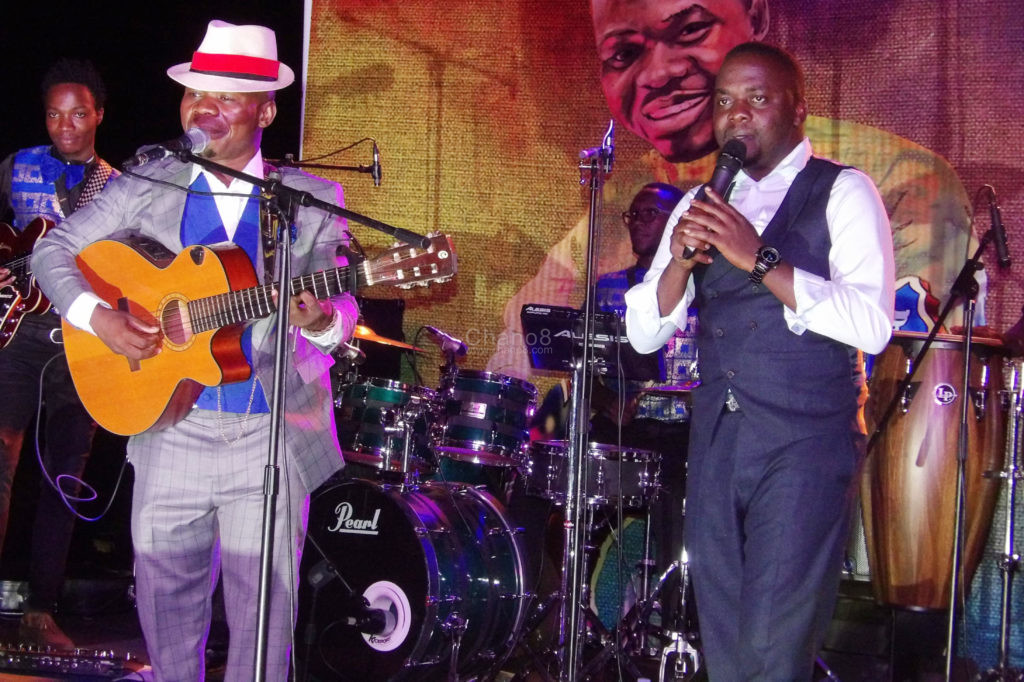 Producer Paddyman (R) joins the main man on stage for their collaboration. 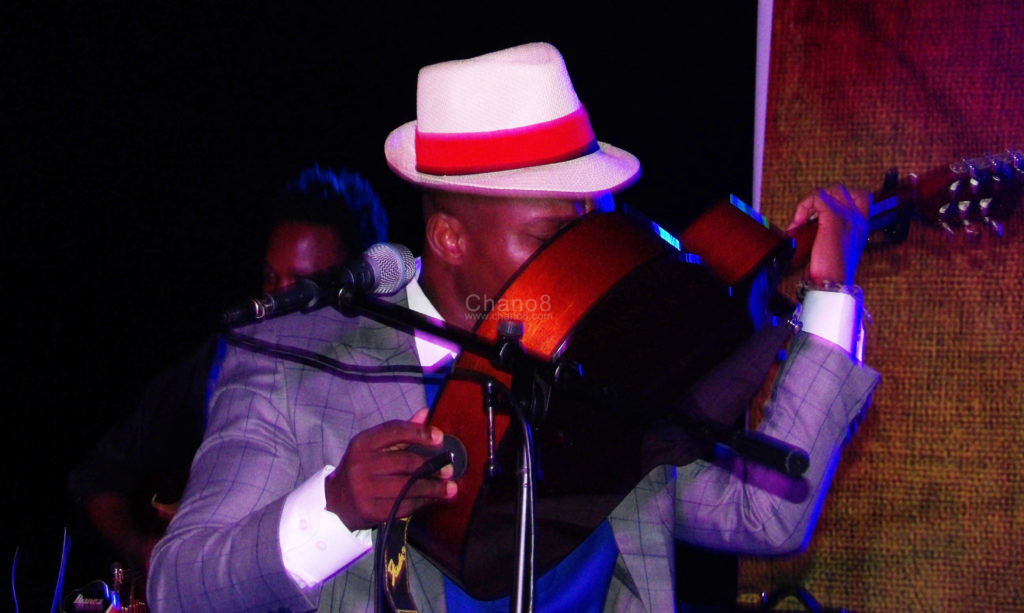 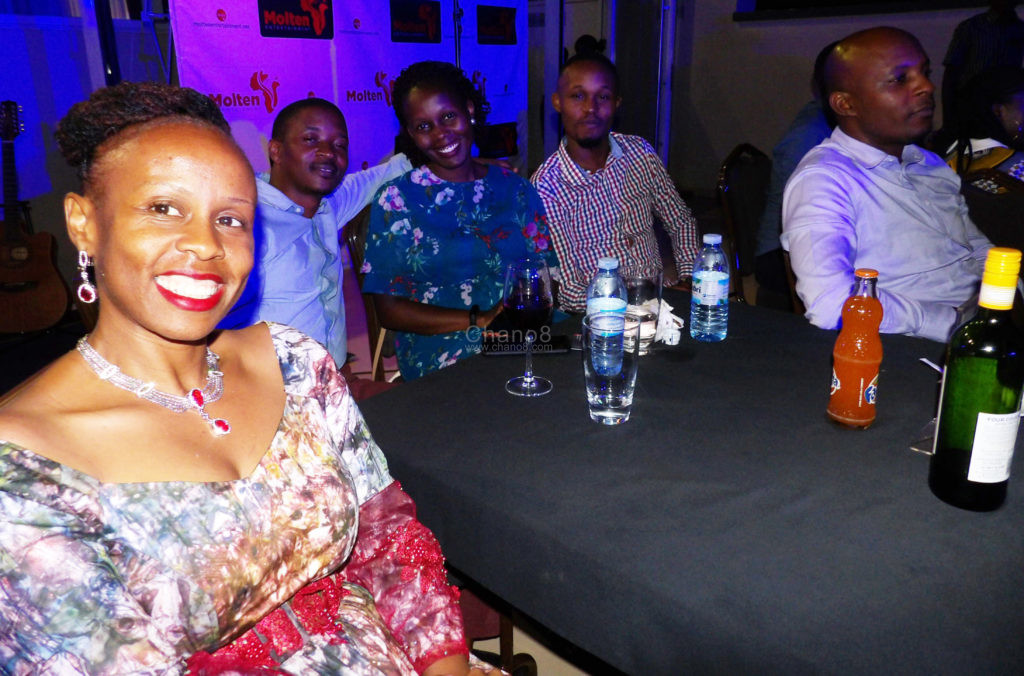 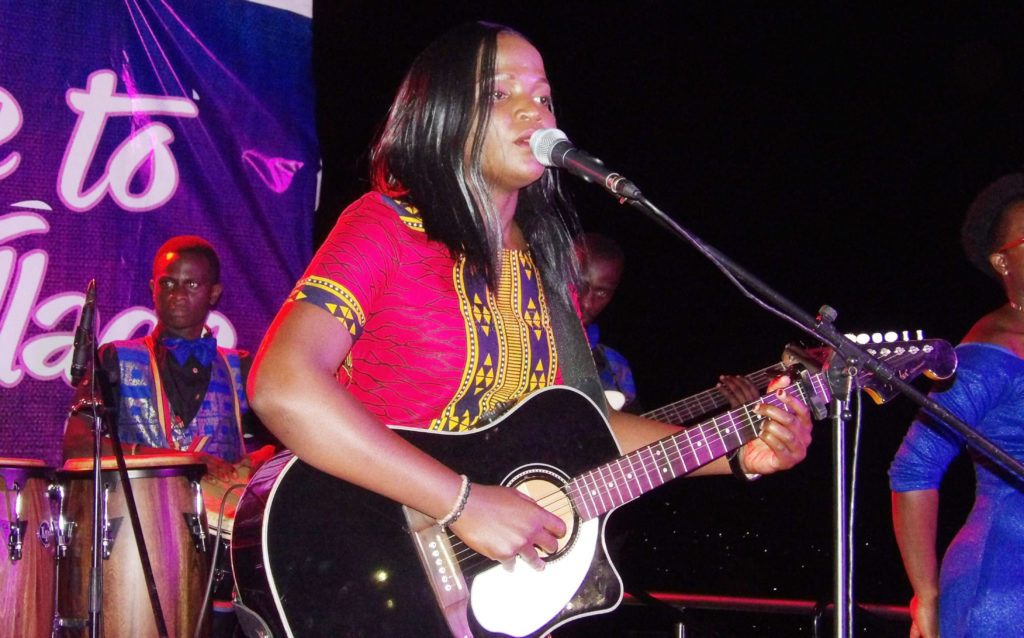 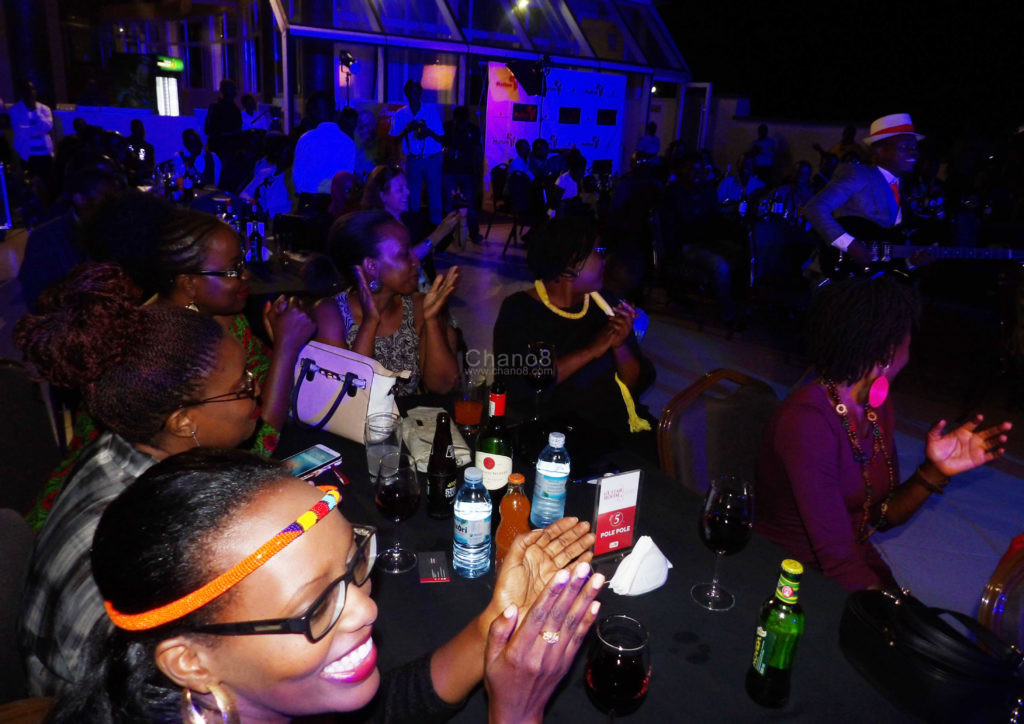 The guests cheering Charmant on as he interacts with them. 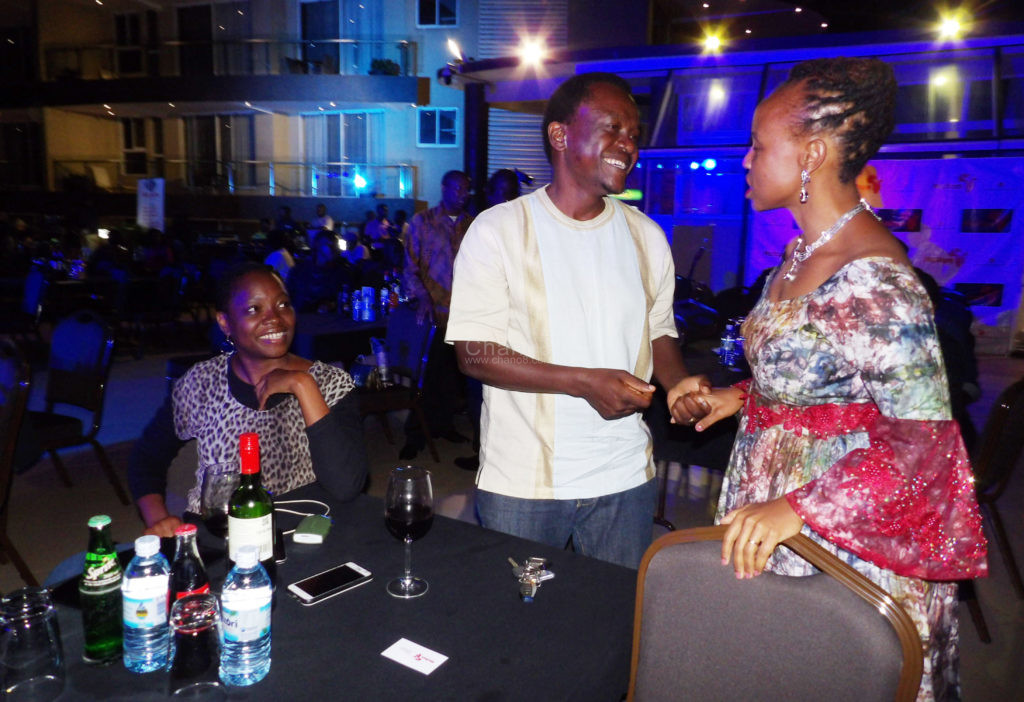 Time to network and chat with guests. 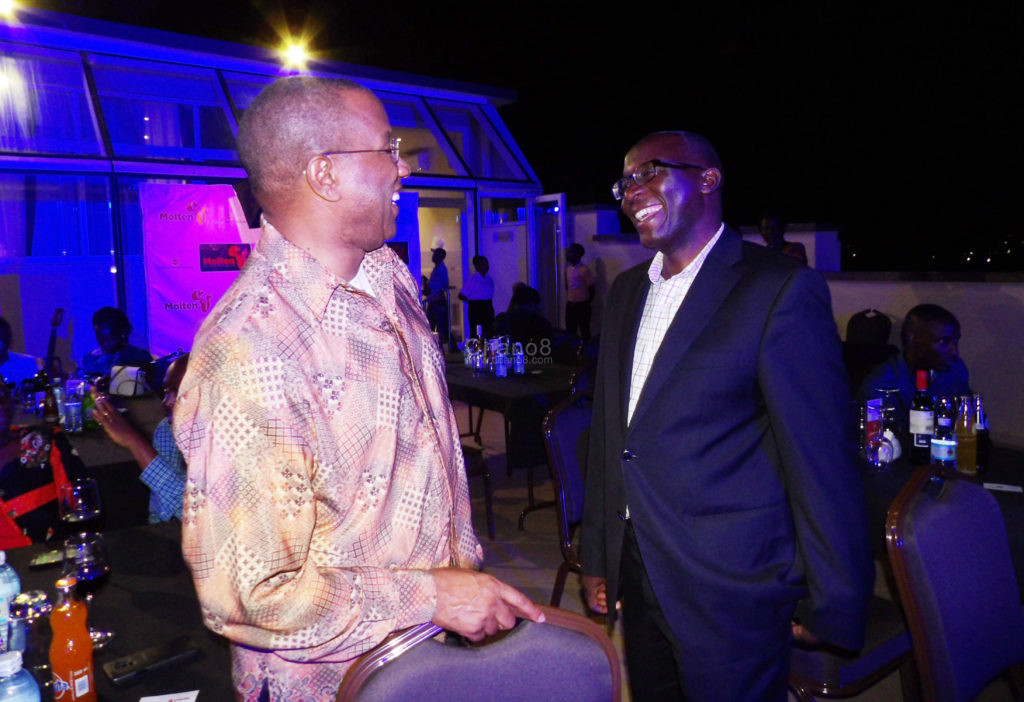 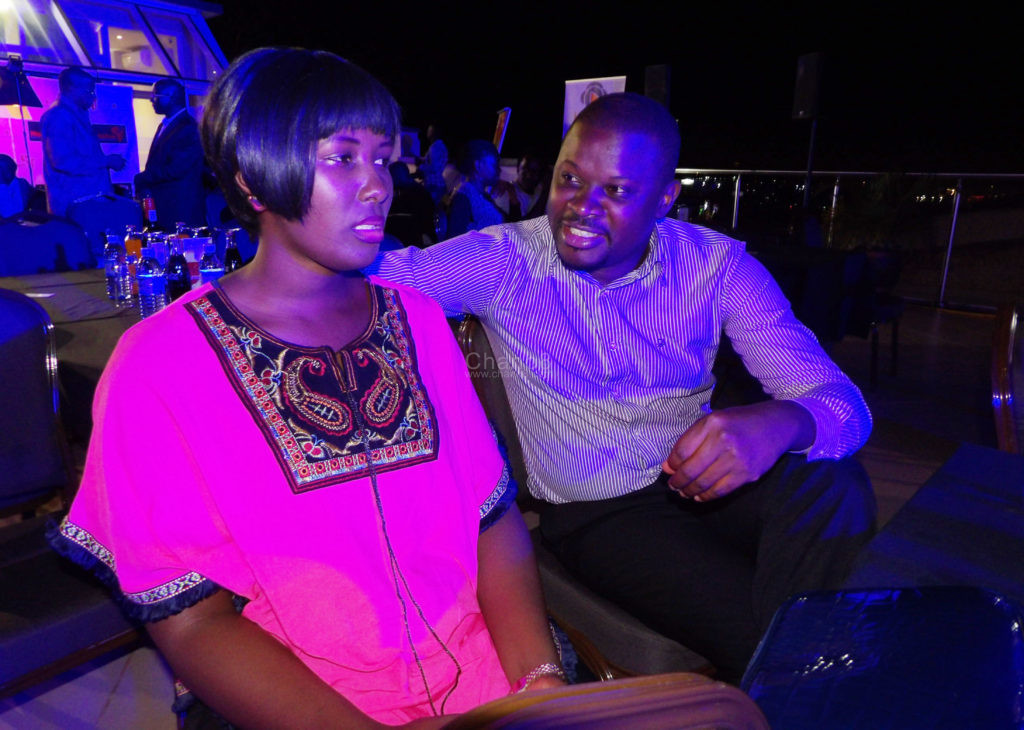 NTV’s Andrew Kyamagero was there with his wife. 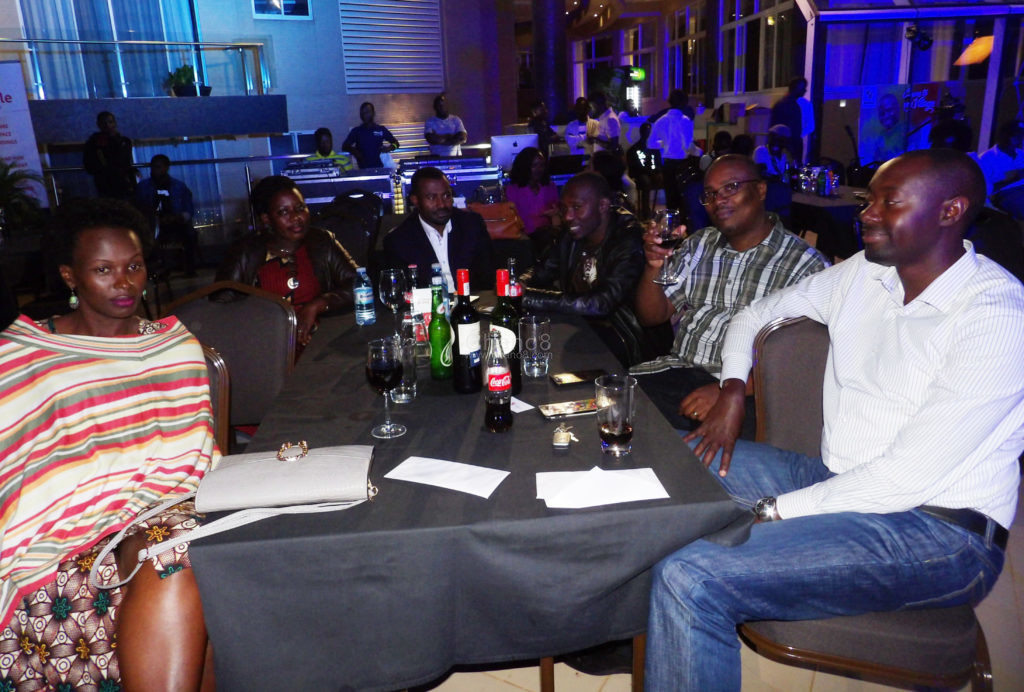 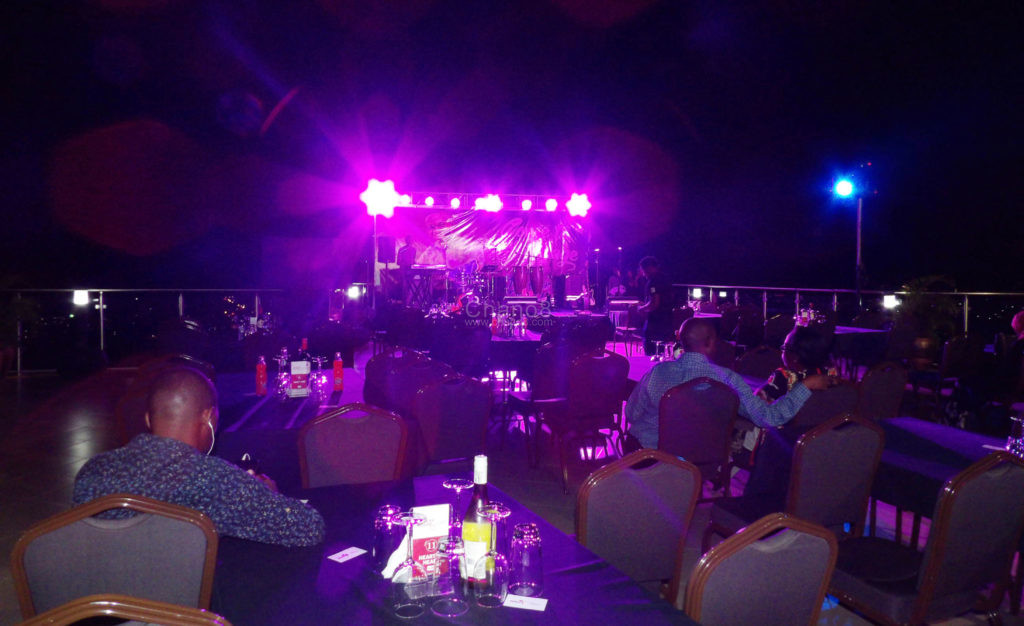