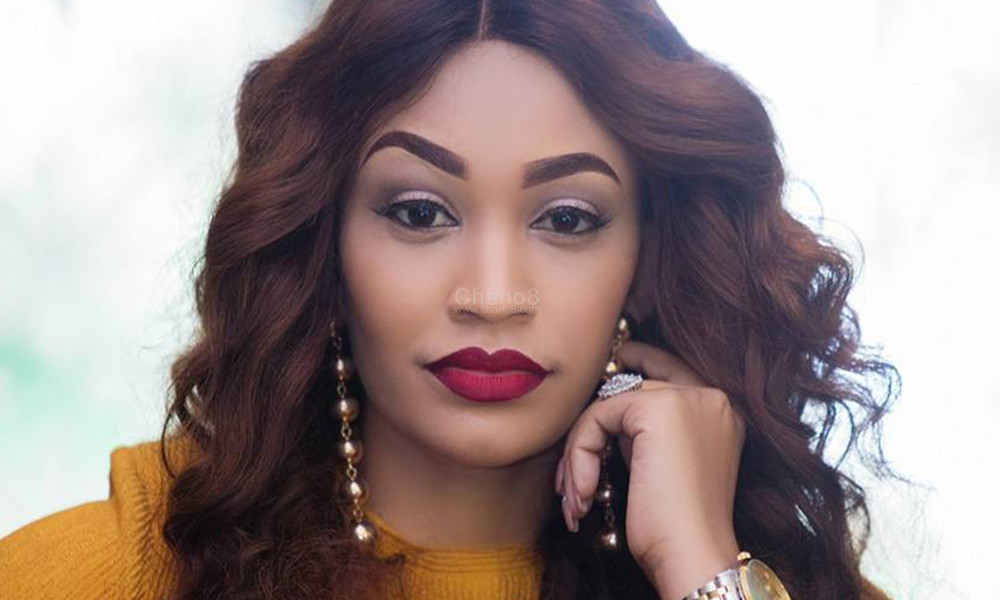 As social media and continues to be the platform  everybody want to be part of, beware of hackers who may take over your Facebook, Twitter, Instagram or Snapchat accounts for nothing but fraudulent reasons. A recent victim of this cyber crime is none other than South African based Uganda business woman and socialite Zari Hassan aka the Boss Lady

On Monday, Zari took to her official Facebook account and announced how her Facebook and Instagram pages had been hacked. “Both my instagram and official facebook pages have been hacked. Plse plse ignore anything posted on them ” Read Zari’s disclaimer. According to the information we got, the hacker(s) demanded a whooping USD 4000 (Ug Shs 14,772,4000) for Zari to get back her pages

Zari seems to be playing it cool as we have not heard that she cashed the hackers  who are continuing to post nonsense on her pages.  Scrolling through her Facebook page, on Tuesday, the hacker shared a photo of Zari’s former co-wife Hamisa Mobetto with her baby boy and the caption to the photo was one that created controversy

The photo which was bearing a caption reading “buy” made social media users  who are not in the know that her pages were hacked to comment saying she is seeking attention by attacking Mobetto yet again. 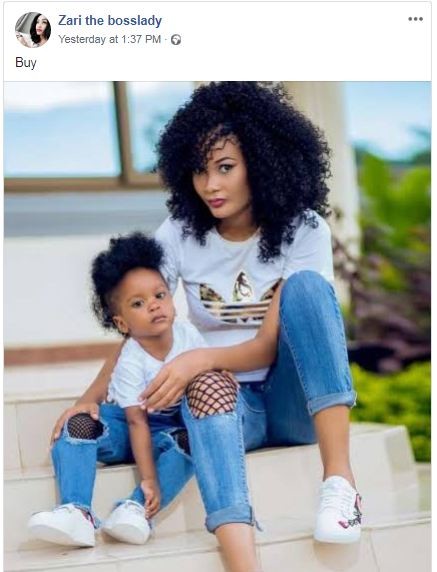 Over the weekend Zari was in Arua town where she joined self proclaimed tycoon Bryan White who had gone there to carry out charity activities  that saw them visit schools, hospitals as well as meeting the youths of the place 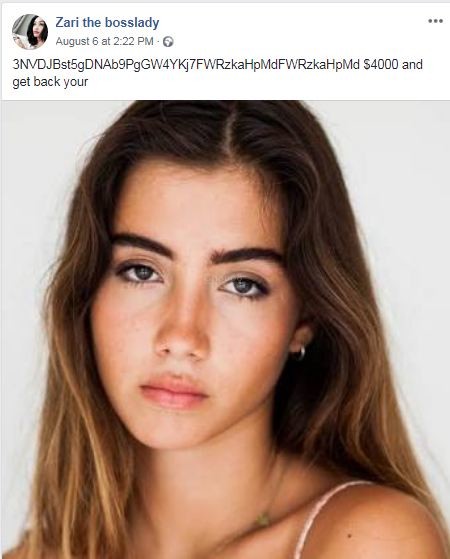 The hacker was not ashamed to post how he needs USD 4,000 from Zari in order to get back her pages