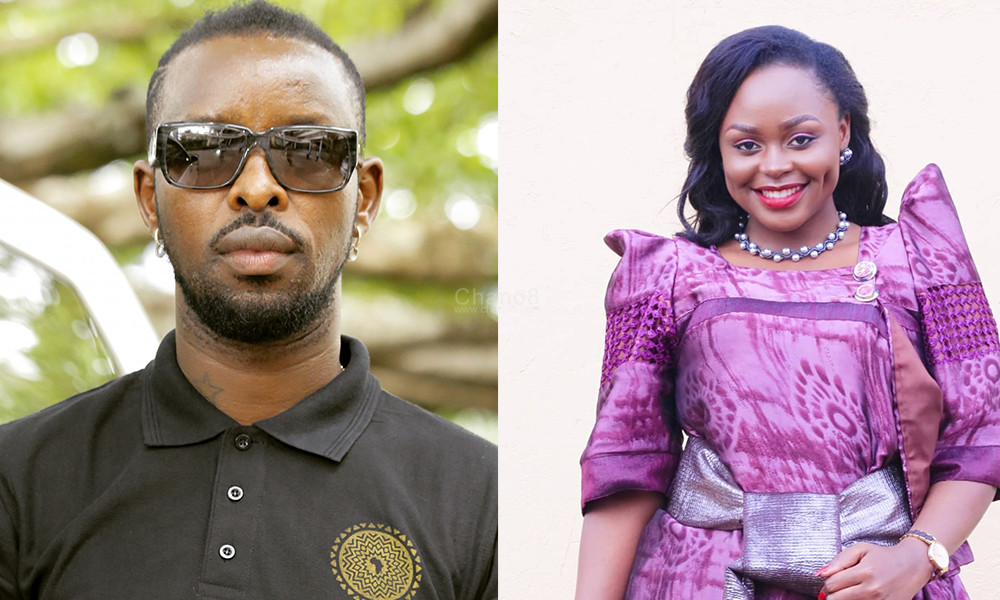 If the trending photos of singer Rema Namakula with another man Hamza Seguya enjoying a meal at what looks like a pre-introduction ceremony locally known as ‘Kukyala’ is anything to really go by then we can confirm that her and her boyfriend Eddy Kenzo finally parted ways.

It is alleged that a few weeks ago, Rema secretly hosted Hamza at her parents’ home in Nabbingo, Wakiso district ahead of the main introduction ceremony in November.

On top of the photos showing Rema and Hamza at her home, there have been others of them sharing light moments in different places which were also leaked and from the time they made their way on the internet late last week, social media has been on fire with everyone giving their opinion about the matter

Meanwhile, this came to happen when Kenzo is out of the country. He had remained tight lipped about it until Sunday when he took to his official verified Facebook page to give his comment, in a long message written in English and Luganda languages to the mother is child (Aamal Musuuza,4).

“I have to protect Rema no matter what. I’m no gona prove myself right, after all God knows why our relationship failed. We wanted to have best couple and best life but the world is like that. As people we pray for things but God gives us other things because he has his own plans. I wish you the best in your marriage and I also pray Allah guides Mr Sebunya to love you more than I do. I love you Rema and I remember telling you this in our last conversation 2 weeks back. In fact I have been telling you this from day one. I don’t know whether you believed me or” Read part of Eddy Kenzo’s long message

Despite their separation, Kenzo disclosed how most of his belongings like land titles, car cards among others have been and are still in custody of Rema whom he humbly asked to still keep very safely. He also asked her to take anything she feels like from their Sekuguku based house the day she decides to move out and go stay with her new man.

Kenzo also congratulated Hamza upon winning Rema’s heart and asked him to kindly love and treat her so well.

For the 5 years, Kenzo and Rema have been together, they have really gone through a lot of ups and downs which was Kenzo’s confession in his message to her. However, in their half a decades’ relationship, Eddy Kenzo  has never beaten Rema nor shout at her in public and this is the kind of way he asked her new man to treat her as well.

The Rema and Kenzo separation  is till the point of talk on social media with users showing their sides. Some are in support of Rema’s decision to move on with the new man whereas some say that she should have stayed with the ‘Sitya Loss’ singer with whom they have come from far.