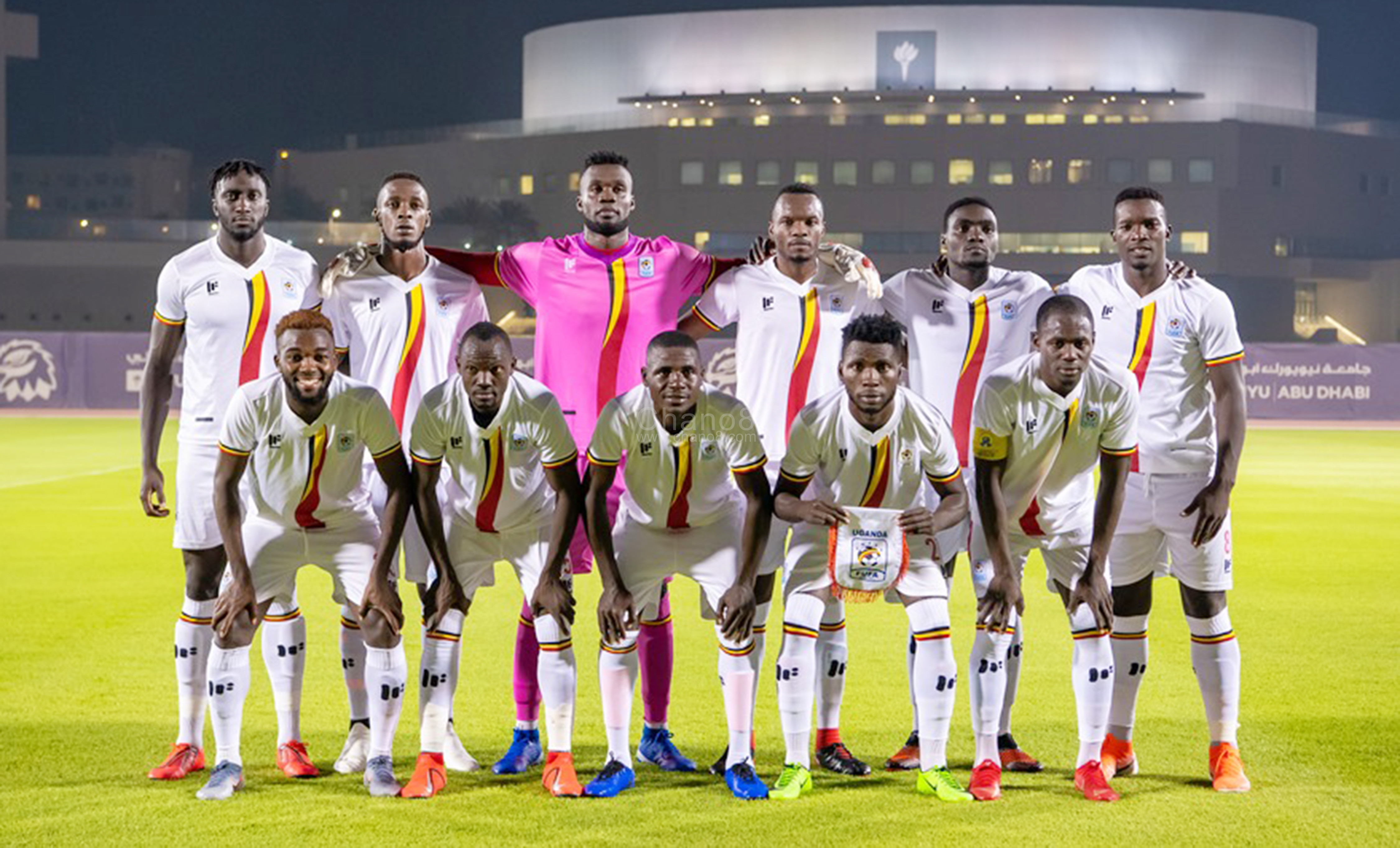 Uganda Cranes coach Sebastien Desabre together with the technical team has finally released the 23 man squad for Uganda Cranes to take part in the upcoming 2019 Total Africa Cup of Nations in Egypt in which the East African nation has been drawn in group A alongside hosts and favourites Egypt, DR Congo and Zimbabwe.

The Cranes who are currently away preparing for their second successive Afcon tournament played a goalless draw with Turkmenistan in Abu Dhabi before the team was trimmed to 23 to beat today’s deadline set by Confederations Of African Football (CAF).

The team sheet that was sent to CAF also includes the confirmed Jersey numbers for all the players who will be representing the Pearl of Africa. 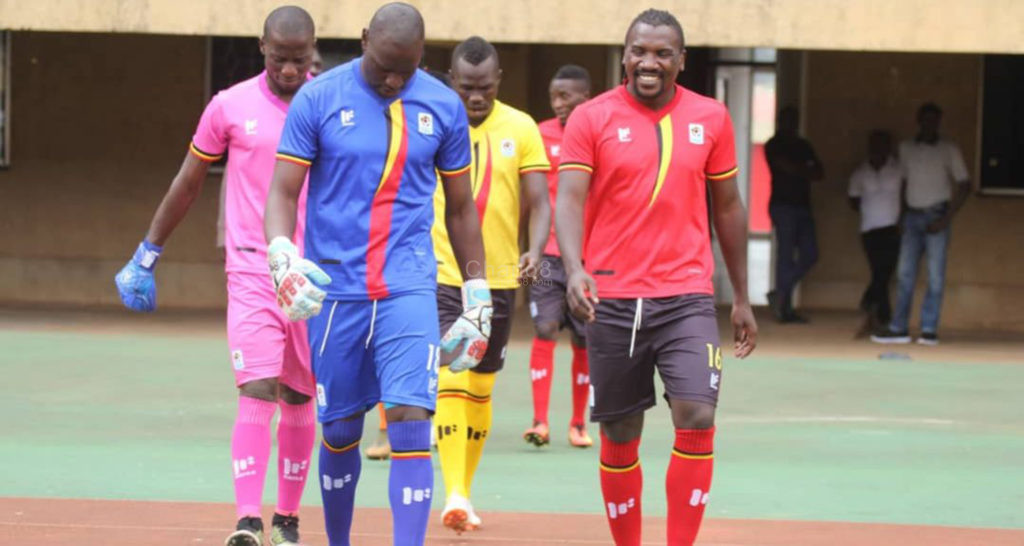 Captain Dennis Onyango and his deputy Hassan Mawanda Wasswa will lead the team in Egypt. 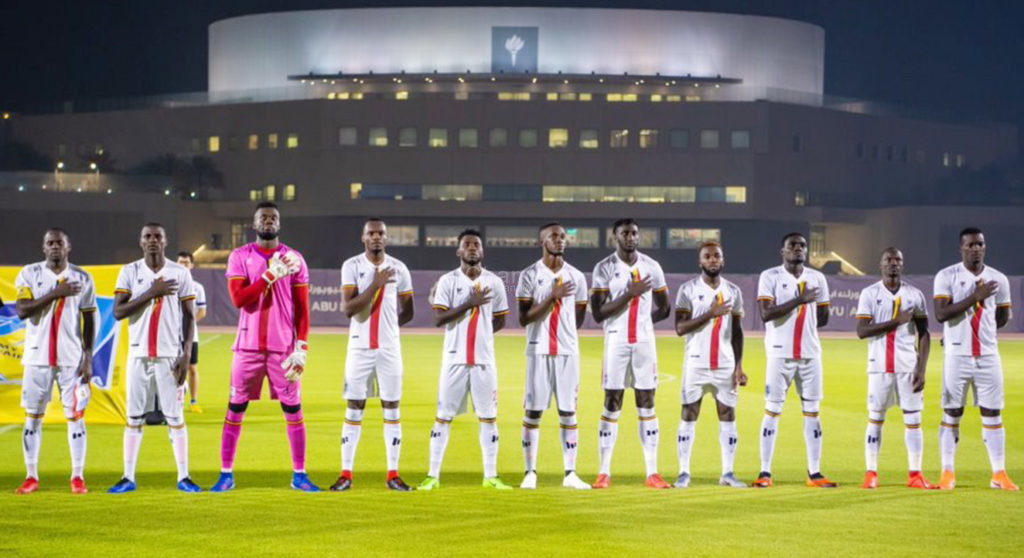 The team that lined up against Turkmenistan in Abu Dhabi .  .

The team made up of 9 defenders, 7 seven midfielders and four strikers will be captained by veteran goalkeeper Denis Onyango who will be joined by fellow custodians Jamal Salim and Robert Odongkara who will all be appearing for the second time in a row.

11 players will be making their second consecutive appearances while some who have been in and out of the team will be representing for the first time alongside fresh faces like Bevis Mugabi and Abdul Lumala. While 4 players from the provisional squad were dropped these are  Sadam Ibrahim Juma, Alexis Bakka, Charles Lukwago and Kirizestom Ntambi. They join Moses Waiswa who got injured earlier. 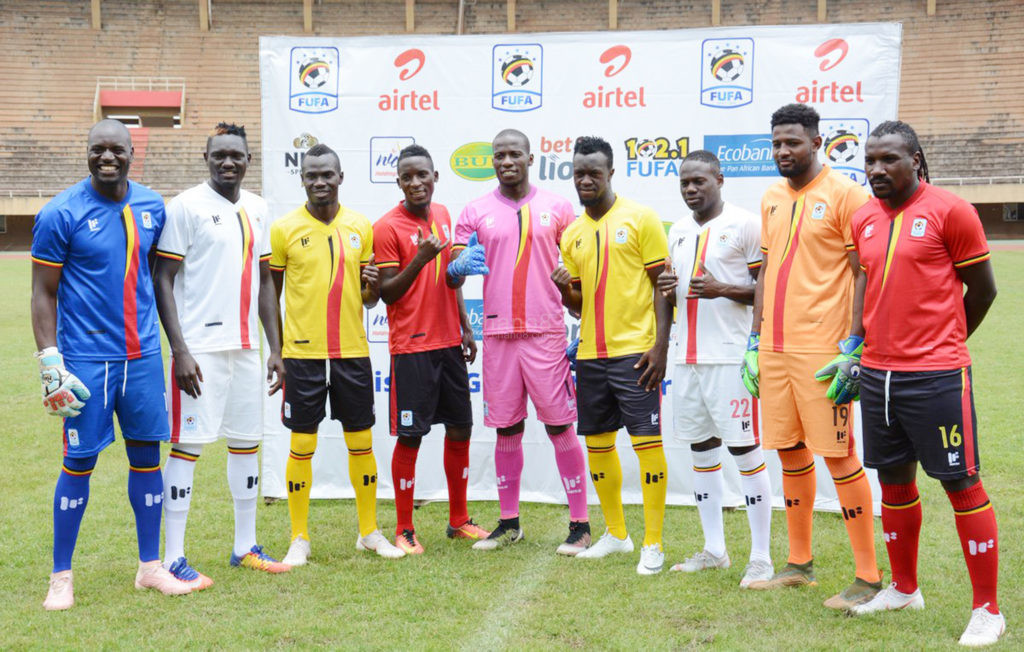 The new Uganda Cranes Jerseys will be donned at the finals in Egypt.

Two players who are unattached are also flying to Egypt these are Hassan Wasswa Mawanda and Godfrey Walusimbi. Although very experienced, it remains to be seen whether it was a wise decision to take them at the expense of young fresh blood coming through the local league. 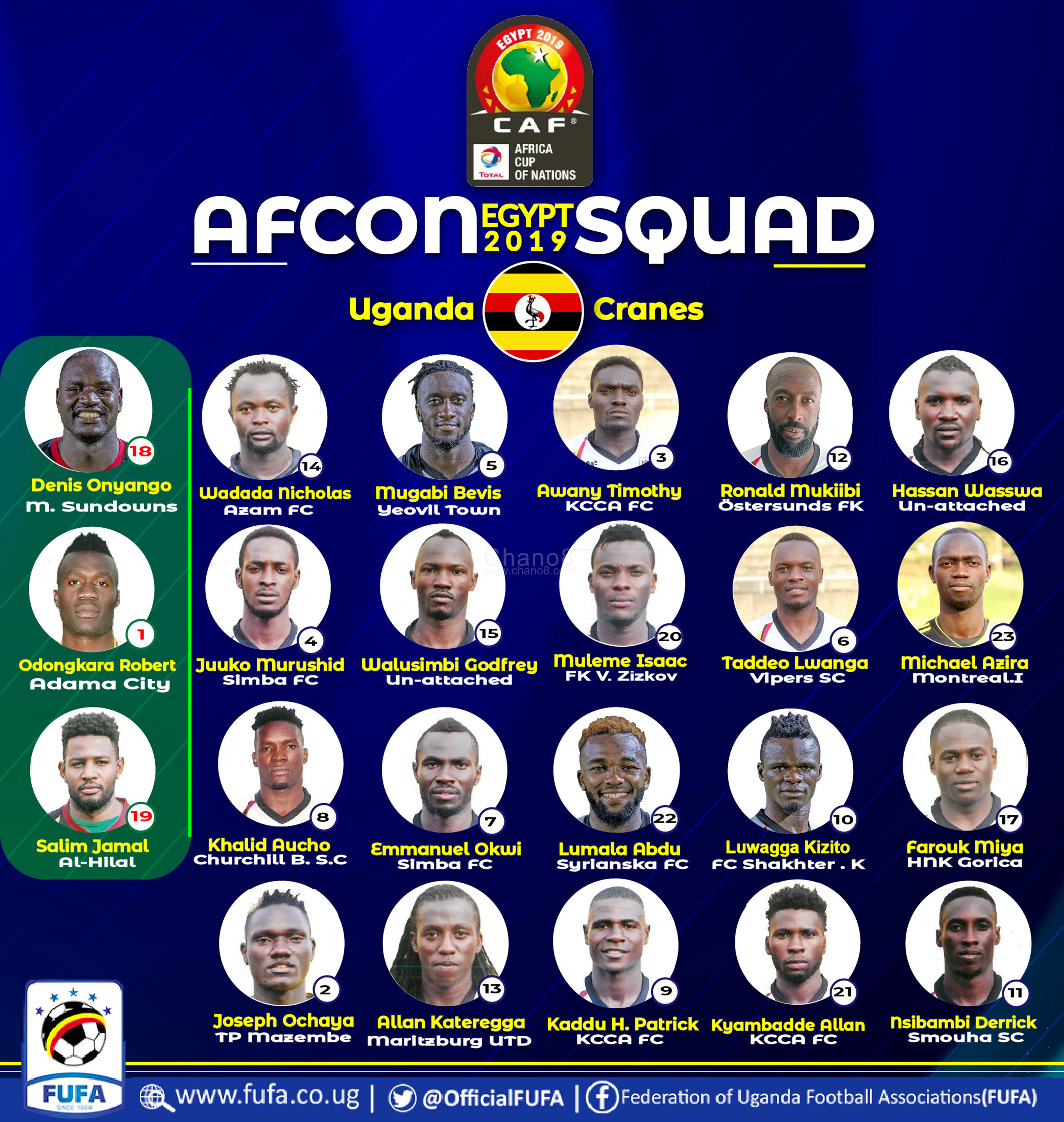 The final squad for AFCON with clubs they played for.