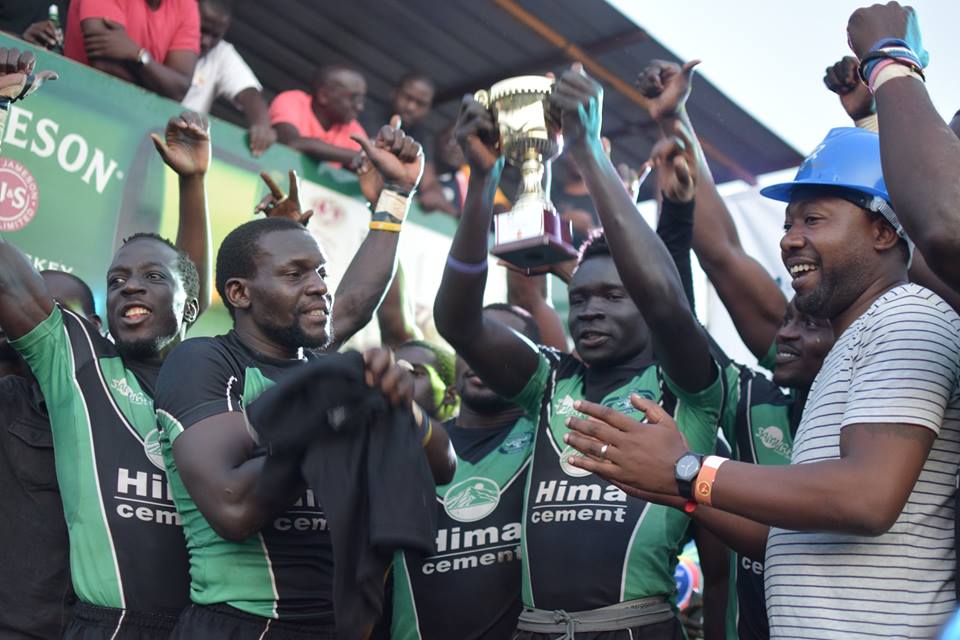 Hima Cement Heathens rugby club has exceptionally showed that they are a force to reckon with. And with the backing of the prestigious  Hima Cement as the title sponsors, they have managed to keep their opponents at bay the whole season and lead the Nile Special Rugby League table with a whooping 47 point lead.  Black Pirates who at the moment have a very formidable second team are edging in on Heathens with 41 points just six points shy of the now leading team. 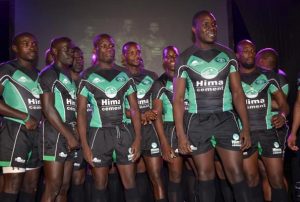 Ugandan rugby has seen the likes of Phillip Wokorach move during the break to Kabras-Sugar-Rugby-Club after his impressive display in the just concluded HSBC sevens-series. He was the talk of the HSBC World Series after impressing for Uganda, putting up an awe-inspiring performance in Dubai and Cape Town. Due to his exploits, Wokorach garnered praise from USA Sevens head coach Mike Friday, the tactician outlining his brilliant shifts.

However, this did not weigh heavily on the champions, even without Phillip the team still maintains their lead and are second to none when given the opportunity to take charge. Betway Kobs RFC who are the crowd favorites and defending champions, have struggled this time round. A number of franchise players have been lost to injuries and Betway Kobs is feeling the pinch. Oscar Kalyango a formidable back and Justine Kimono a winger who has been out for two years are really being missed. 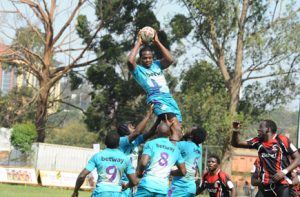 Kobs tussling it out with Pirates in an earlier engagement

At the moment Betway Kobs are in third position 15 points behind Hima Cement Heathens which is not a good position to be. This is a good opportunity for the club to regroup and seriously look into recruitment and development of their second team Boks which will feed the main team just in case they find themselves in a position where most of the team is injured or unavailable.

As the evening fades, the Black Pirates are tussling it out with the Toyota buffaloes to maintain their second position. By press time Buffaloes won 14-7. Come Saturday Betway Kobs will face off with the Rams at 14:30pm at Legends followed by the Shell RimulaRhinos who are currently fourth going against the Mutoni Warriors at 16:30pm.

Are rumors looming of an early retirement for Micheal Wokorach; Phillip’s elder brother? “Signs I should retire, now my jaw is gone. Maybe the body has allowed.” Michael posted on his facebook earlier today. Keep it locked on Chano 8 for the full story.