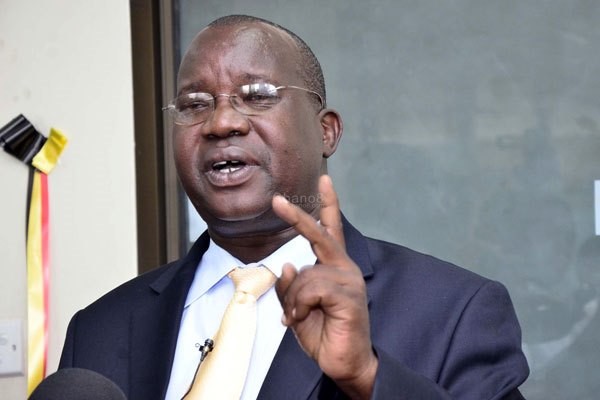 Minister of Ethics and Integrity, Father Simon Lokodo once again came out to speak about the ongoing controversies in the Miss Curvy Uganda pageant.

While speaking to journalists at Parliament Kampala, Lukodo revealed that he is not surprised the organization is facing trouble because in the first place he never believed in it.

“I was never comfortable with this arrangement, I was against it, so I am even happy it failed that way because I knew it wasn’t going to yield anything good, ” Father Lokodo told journalists.

The minister’s comments came about after a little know businessman Hamidu Kamanzi surfaced on social media and claimed that the  car that was given to the winner at the grand finale of Miss Curvy Uganda (Belinda Nansaasi) was acquired by the pageant organizers from his car bond on credit.

Hamidu further more revealed in the viral online video that has been circulating on social media that the pageant organisers approached him with promises that up to now have never been fulfilled, something that has since been at the center of  the recently-concluded pageant, with many rubbishing it on social media.

ALSO READ: Miss Curvy Winner Belinda In A Fix After She Discovers Her Prize Car Is ‘A DMC’ With Many Complications

At the beginning of this year, news circulated on social media that a Miss Curvy pageant was going be organized in Uganda. When the Ethics and Integrity minister got to know, he threatened to cancel the pageant, calling it scandalous and shameful to the country.

Even after the pageant’s patron, Minister of State for Tourism Godfrey Kiwanda showed full support to pageant and promised to help them financially, Fr Lukodo again came out in defense and said the tourism minister was misled and never had the rightful information about Miss Curvy.

Father Lokodo told off fellow Minister Kiwanda that  Uganda is a moral country with many things that they could use instead of women’s bodies.

Related Items:"I Am Happy It Failed"-Minister Lokodo Speaks Out Amidst Miss Curvy Controversies, Miss Curvy Winner Belinda In A Fix After She Discovers Her Prize Car Is 'A DMC' With Many Complications
Share
Tweet
Share
Share
Email