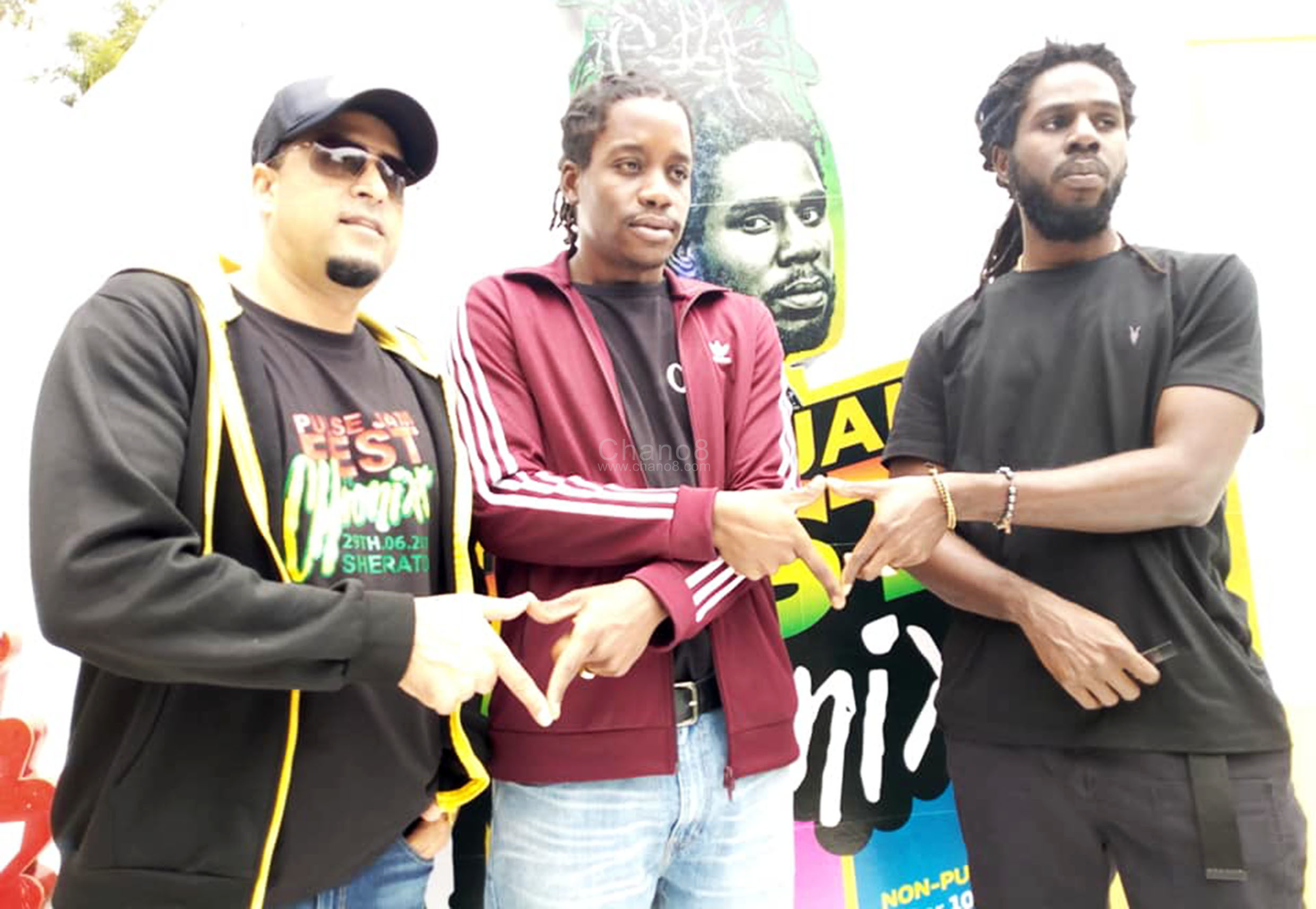 Jamaican Reggae sensation Chronixx real name Jamar McNaughton jetted in the country yesterday evening and will be the main headliner at the Pulse Jam Fest tomorrow.

He looked in high spirits and ready for the big do after shaking off jet lag to meet journalists this morning at a press conference held at Sheraton Gardens, the venue for the festival. He was in company of his long time childhood friend and co-manager Daddi Barnz and part for his crew Zinc Redemption band.

The members of the band arrived earlier in the wee hours of Tuesday morning and were received by Aly Allibhai the CEO Talent Africa; the company organizing this festival. “Thanks for having us again. All youths, all ages just forward, we are home”. One of the band members Hector the Roots Percussionist said after their arrival on Tuesday. 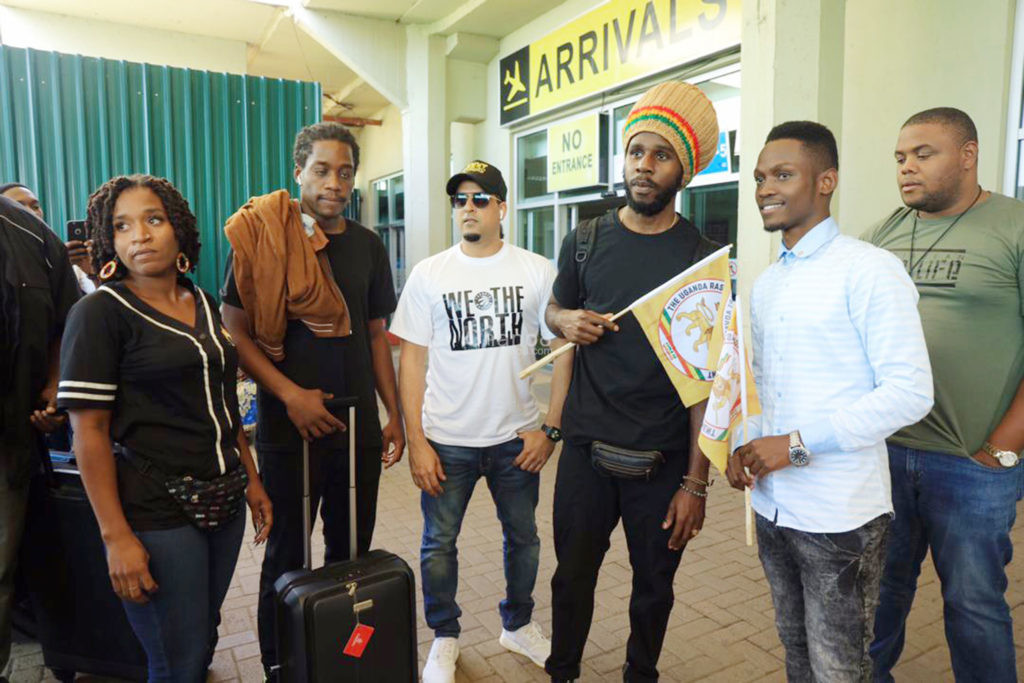 At the press conference where sponsors of the event amplified their commitment to supporting music in Uganda and particularly the Jam Fest festival, Alibhai clarified that, the festival will not be like any other as at will be both a day and night event where gates will open as early as midday and event runs till midnight.

There is also a long line up of local artistes and DJs that will keep the revelers hooked up till when the main man steps on stage at around 10:00pm. The home based stars have also promised fireworks tomorrow and will put up unforgettable performances. 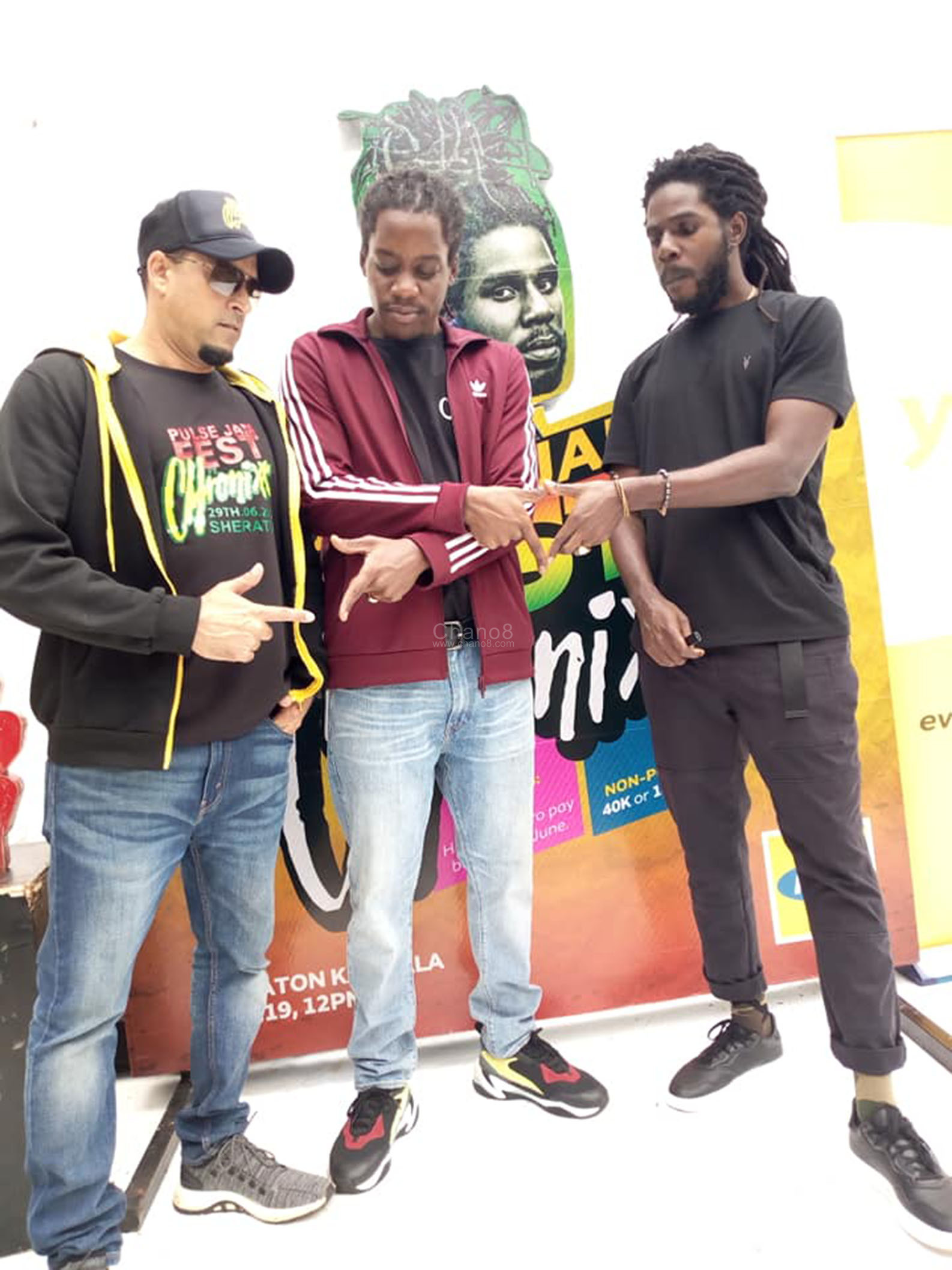 Chronixx making the peace signs with his manager and Alibhai.

Chronixx was last in Uganda in June 2016 where hundreds of Reggae lovers stormed the Kisaasi-based Ndere Cultural Centre for the first edition of the ‘Kampala Love Live Music’ featuring Chronixx took place. 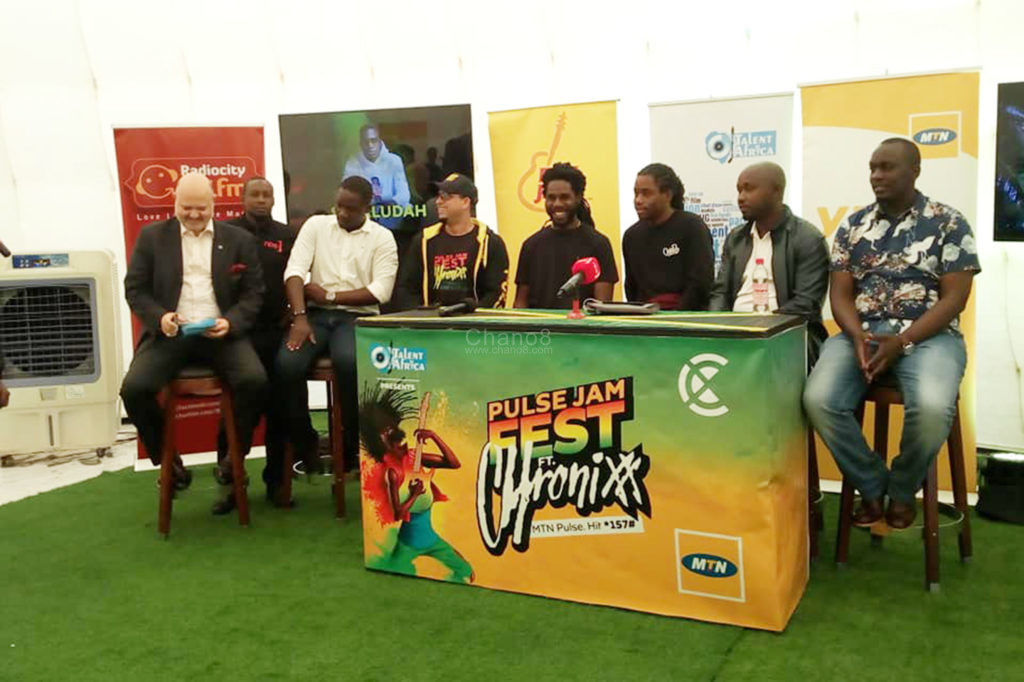