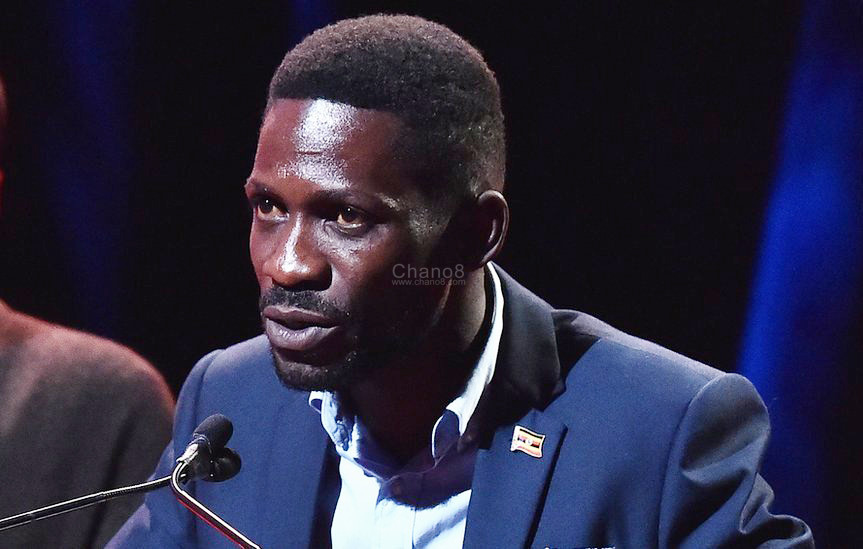 Earlier today Monday 22nd of October, there has been a trending hashtag on Twitter calling upon the public to boycott all national team games that will be hosted at Mandela National Stadium commonly known as Namboole. This comes after the second cancellation of Bobi Wine’s Kyarenga Concert which was slated to take place on Friday the 9th of November at the stadium.

As a result, a number of Bobi Wine die-hard fans have decided to use social media as the easiest means to call upon the public to resist from attending national team, Uganda Cranes’ games at Namboole all in the name of revenge.

Oh knowing about this hashtag, Bobi Wine didn’t support it, as he did the contrary by asking the public to instead turn up in big numbers when the national team is playing because the Uganda Cranes is a national team which everyone should take pride in.

“I have seen some friends act out of anger as a result of the Kyarenga concert cancellation by the Namboole management. Friends, I don’t agree with the trending hashtag #boycottugandacranes. Uganda Cranes is our national team in which we should always take pride and support with all our abilities. These young men, just like most of us work hard to raise our flag high using their talent even when they are insufficiently facilitated. If musical talent is being suffocated, let’s not take all the other talent down the drain. Our national team is the mirror of the best and worst in us as a nation so all they need is Love and understanding, not condemnation. We are all Uganda Cranes and Uganda Cranes is us.” Bobi posted on his Facebook page. 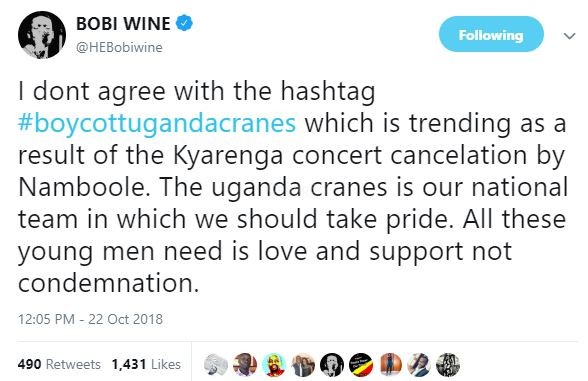