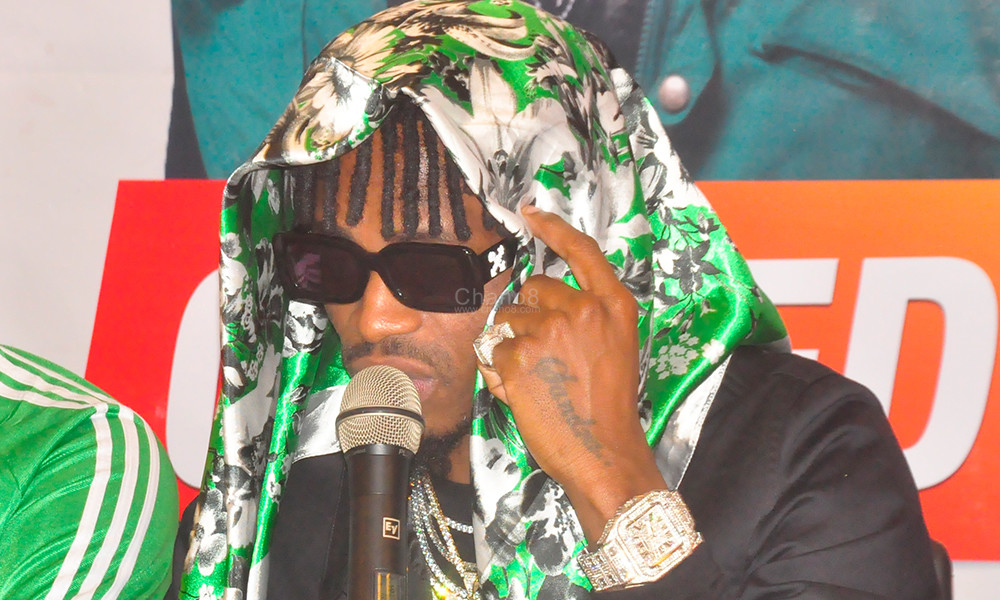 Some days ago, singer Eddy Kenzo came out and denied having a song (‘Wake Fire’) with Tanzanian singer Diamond Platnumz despite the fact that an artwork of their alleged collabo had already started circulating on social media.

“I have no collaboration with Diamond Platnumz.  I am also seeing the rumours on social media.” Kenzo cleared the air on his social media platforms

With this confirmation, many of his fans felt disappointed because this was expected to be one of the biggest songs in Africa.

However, more salt was on Tuesday afternoon added to the wound when Diamond himself came out and said that he has no song with the ‘Sitya Loss’ singer. This was during a press conference that happened earlier on in the day at Mestil Hotel located in Nsambya ahead of his performance at Comedy Store show this Thursday

“I have no idea about that song but you see the anticipation surrounding it is a sign that our fans badly want us to have a song. Who knows, we might probably have one before the years ends,” said Diamond.

The self-proclaimed ‘Simba of East Africa’ also accredited the Ugandan music industry saying that it is the best in East Africa before going ahead to say that veteran local musician Jose Chameleone is a legend.

This is the 3rd time Diamond is coming to Uganda for a performance but unlike on the two previous occasions, this time round he is performing at a smaller venue and on a totally different platform.