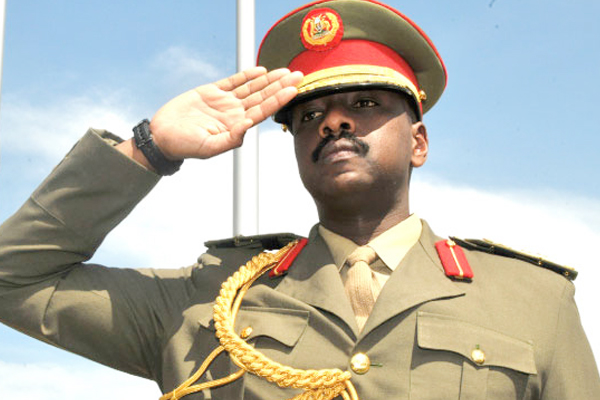 After being linked to the top job for over ten years now, newly promoted first son Maj. Gen. Muhoozi Kainerugaba came out and rubbished the rumours that he’s interested in becoming the next president of Uganda.

Muhoozi who was decorated yesterday along with other soldiers by the UPDF Commander Gen. Katumba Wamala was accompanied by his wife Charlotte Muhoozi in a ceremony that was held at the Ministry of Defence headquarters in Mbuya. 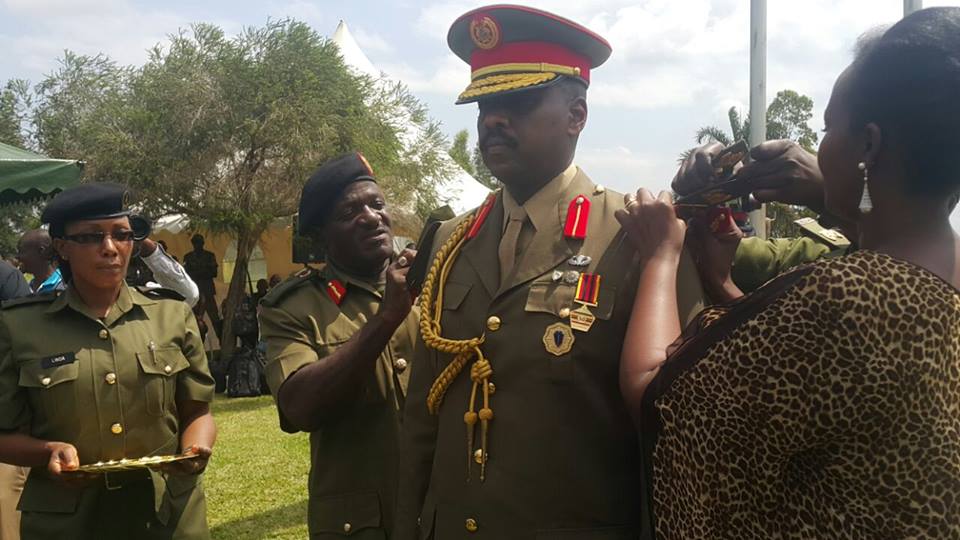 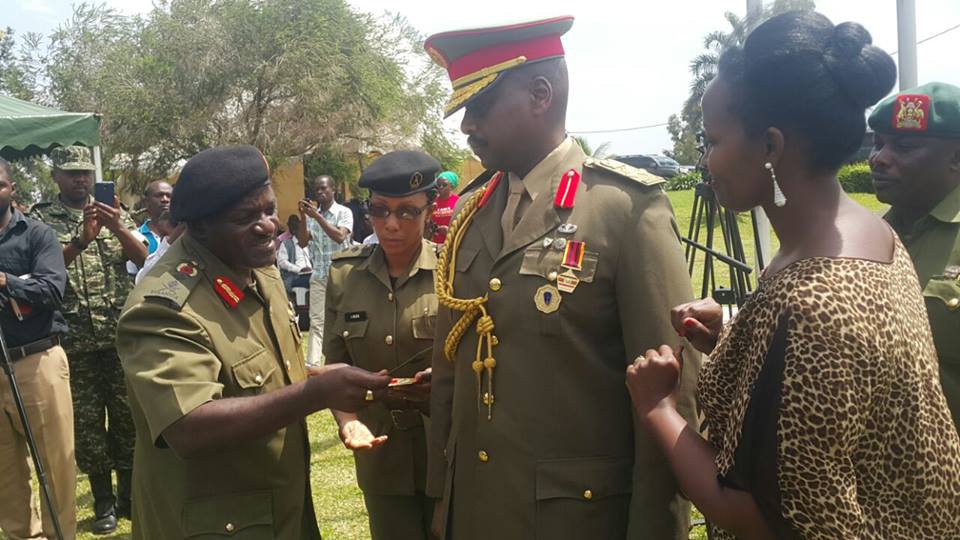 He was promoted to the rank of Major General by his father and Commander in Chief- President Yoweri Museveni recently.

Apparently he’s two ranks below his father who is a four star General and as we write this, Muhoozi is now among the top 29 ranked UPDF soldiers.

The promotion made him the leader of the Special Forces Command (SFC), that is to be expanded into an autonomous Service Force within the UPDF.

Other officers decorated include Colonel Stephen Muzeyi Sabiti to Brigadier, Major General Joram Mugume who was promoted to Lieutenant General, Col James B Mugabe to brigadier and
Colonel Charles Lutaaya to Brigadier among others.