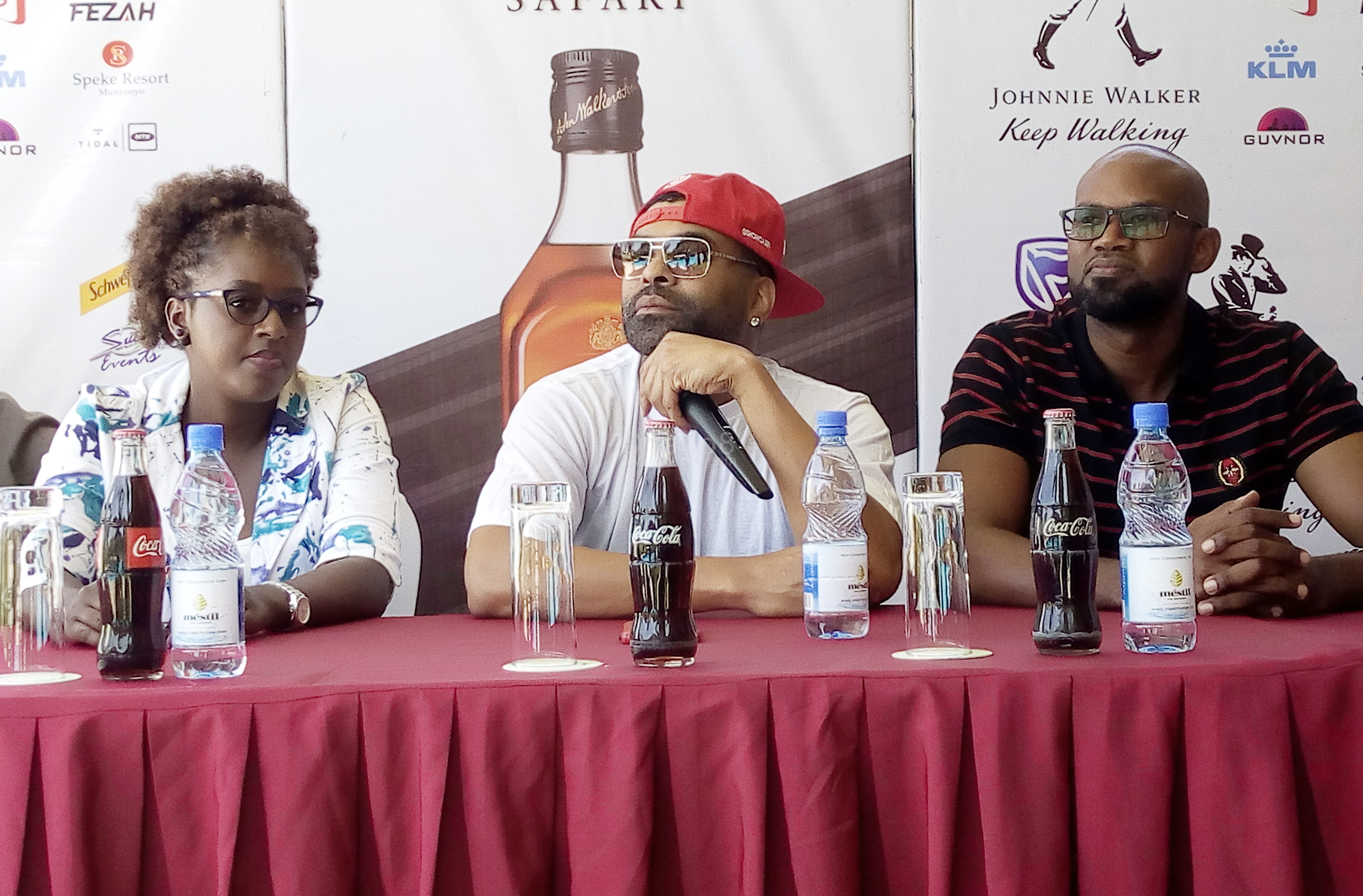 When asked if he can still groove it like he used to, American R&B star Ginuwine real name Elgin Baylor Lumpkin said he still got it (intact) and will give it to his fans tomorrow. The star who has made his name by charming soul music lovers at concerts all over the world over the last two decades was speaking to journalists ahead of the Johnnie Walker Soul-R&B Safari which will take place tomorrow, Saturday December 1, at the Speke Resort Munyonyo Lakeside.

The singer who is also known for his dancing prowess, has promised he will not leave Ugandan R&B devotees the same after the tomorrow. He was unfortunately held up this morning and delayed to show up for the press briefing after his luggage went missing.

“Am so happy to be here and I promise to give the best tomorrow,” the animated star declared at the press conference which took place this morning at Mestil Hotel Nsmbya in Kampala. 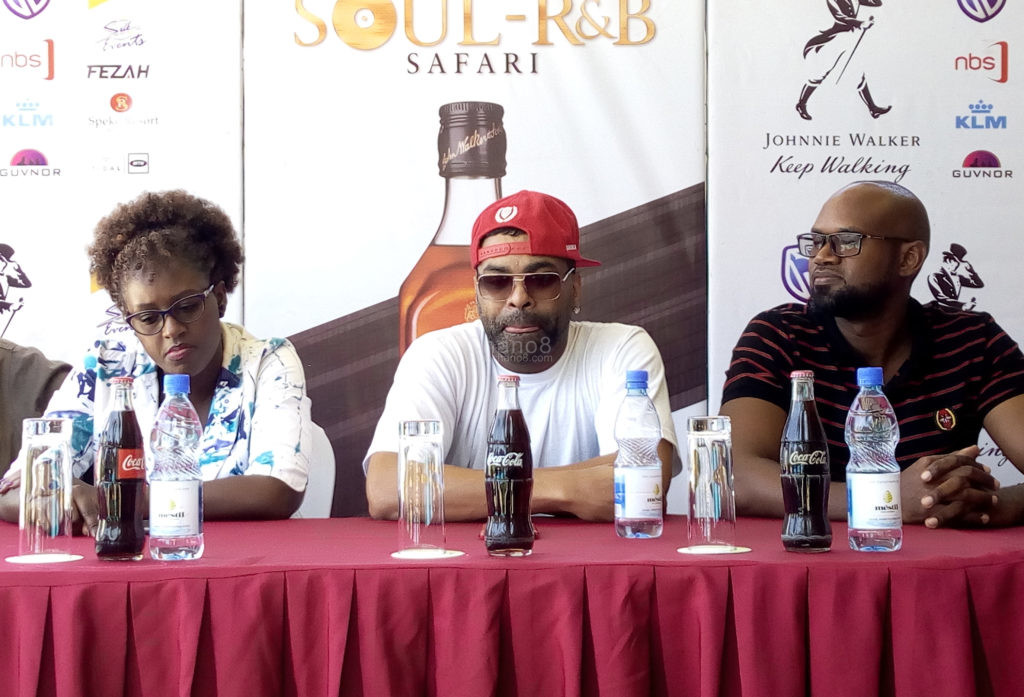 He was in visibly in good spirits as he tackled questions from journalists in a chatty way.

“I am delighted to be performing here for the first time and we are gonna take Uganda on an amazing R&B and soul journey tomorrow. Tell your family and friends about it and tell them not to dare miss it,” said Ginuwine.

The Washington-born R&B legend warmed his way into the hearts of Ugandan R&B and soul lovers thanks to songs like Same Ol’ G, Differences, Pony and, In Those Jeans, among others. 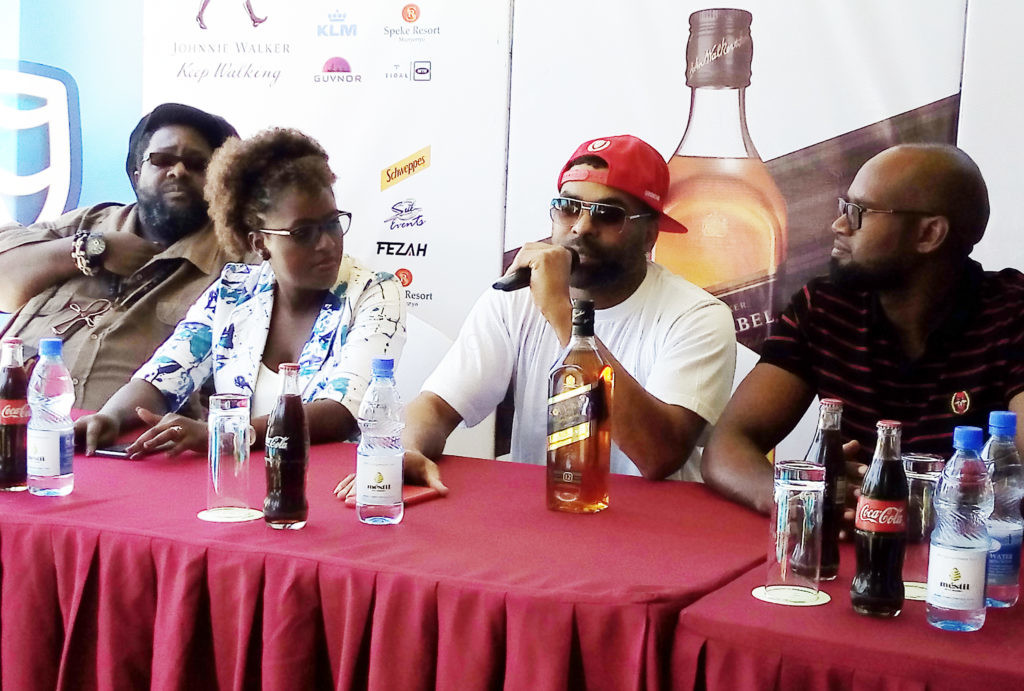 The 48-year-old whose silky voice and captivating dancing moves captured the imagination of Ugandan youth in the late 90s and early 2000s will be preceded on stage by some of Uganda’s most gifted local soul/R&B artistes, including Kenneth Mugabi, Naava Grey, Aziz Azion and Tonya Ayendah.

“Ginuwine inspired a whole generation of R&B music lovers in Uganda and we are excited to bring him to his Ugandan fans in the flesh. As Johnnie Walker we have said over and over that only the best will do and there is no question that Ginuwine is R&B/soul royalty,” said Roger Agamba, International Premium Spirits Brand Manager at Uganda Breweries Limited.

Gates will be open as early as 2pm with an activity-filled lineup to keep revelers entertained at the show that is expected to run late into the evening.

Tickets have been on sale since late October and will also be available at the gate for Shs150,000. Fans can still purchase their tickets at Shell Lugogo Bypass, Shell Bugolobi, Shell Kira Road (Bukoto), House of Walker, Sheraton Hotel, Definition Acacia Mall and online via Quicket.co.ug. The concert’s co-sponsors Stanbic Bank have also rolled out a big offer of buying a ticket for only Shs120,000 and getting one free if Visa or Mastercard (from any bank) is used. 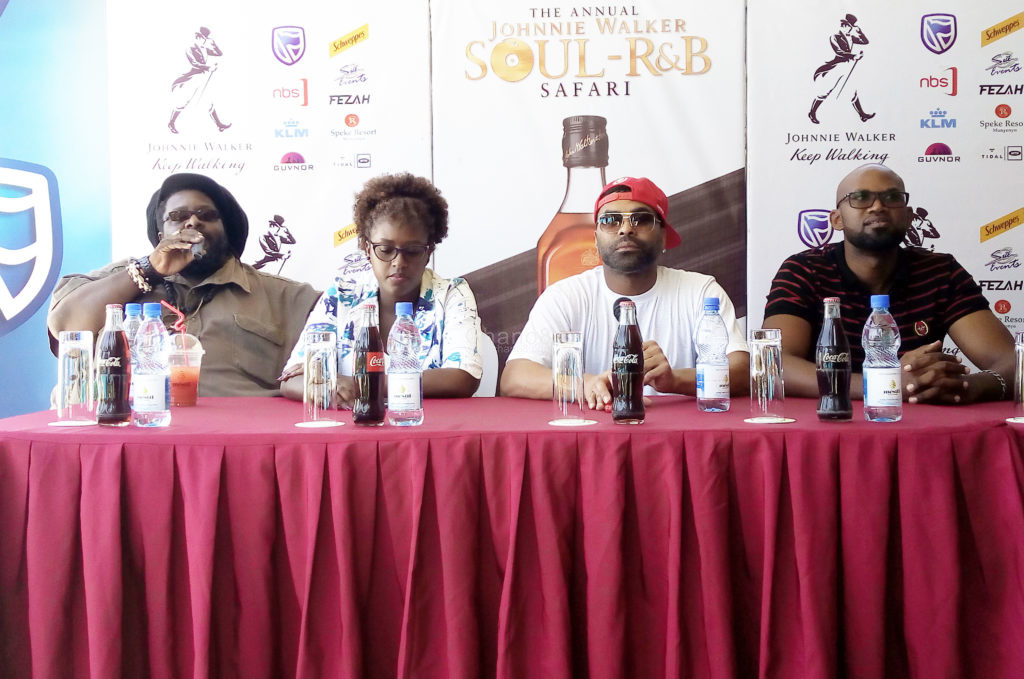 “This is like purchasing two tickets for a price of one—for the biggest concert of the year,” said the Jazz Safari founder Tshaka Mayanja. This event, previously the Johnnie Walker Jazz and Soul Safari, took on a new form this year and will feature two separate concerts going forward. 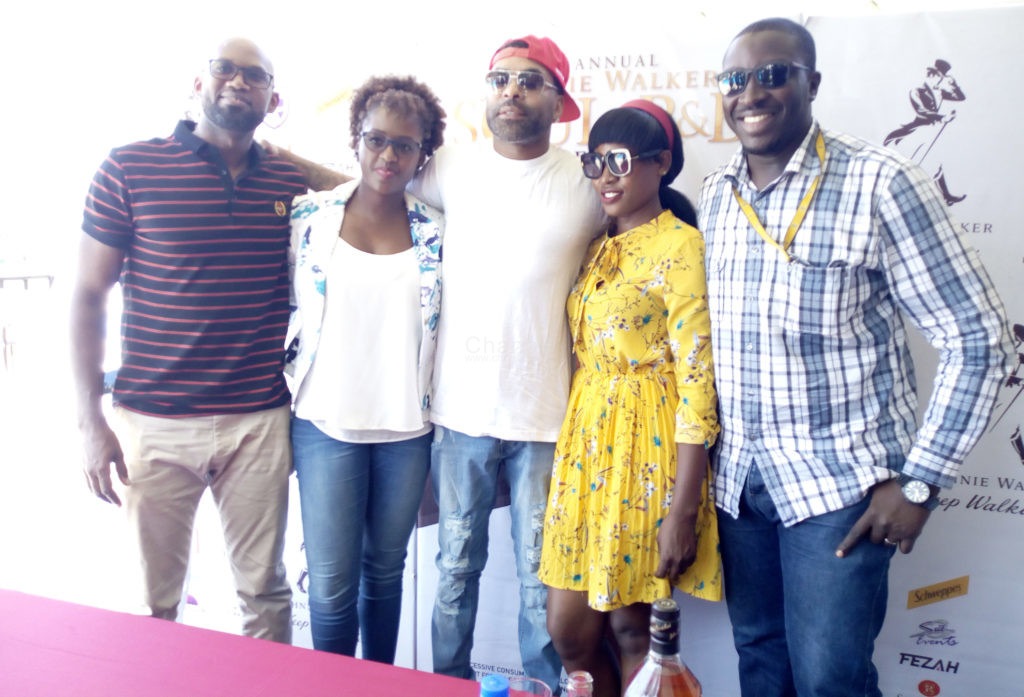 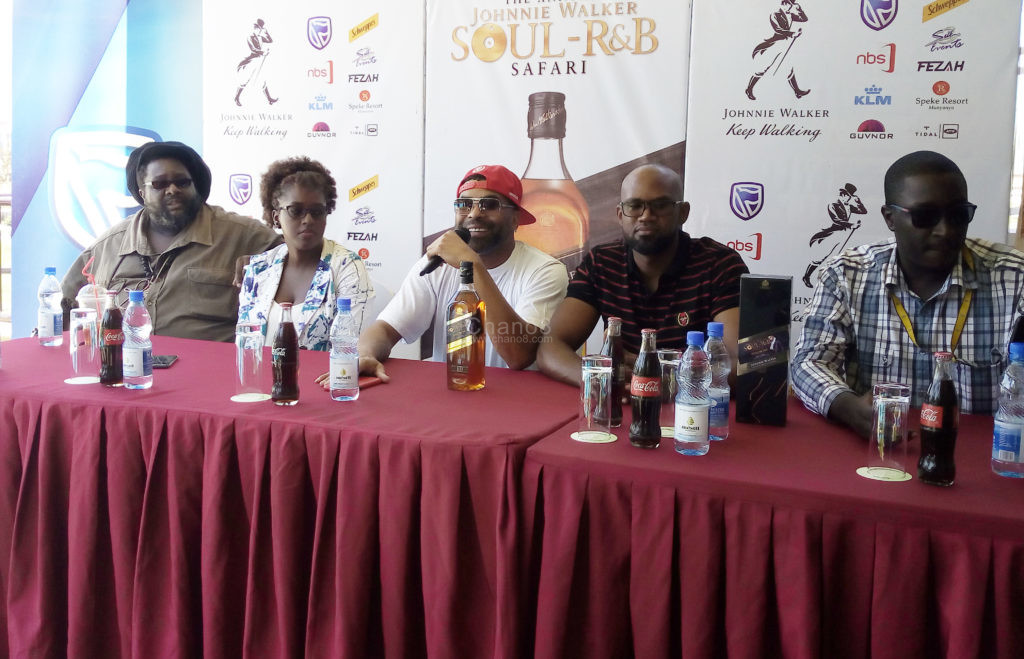