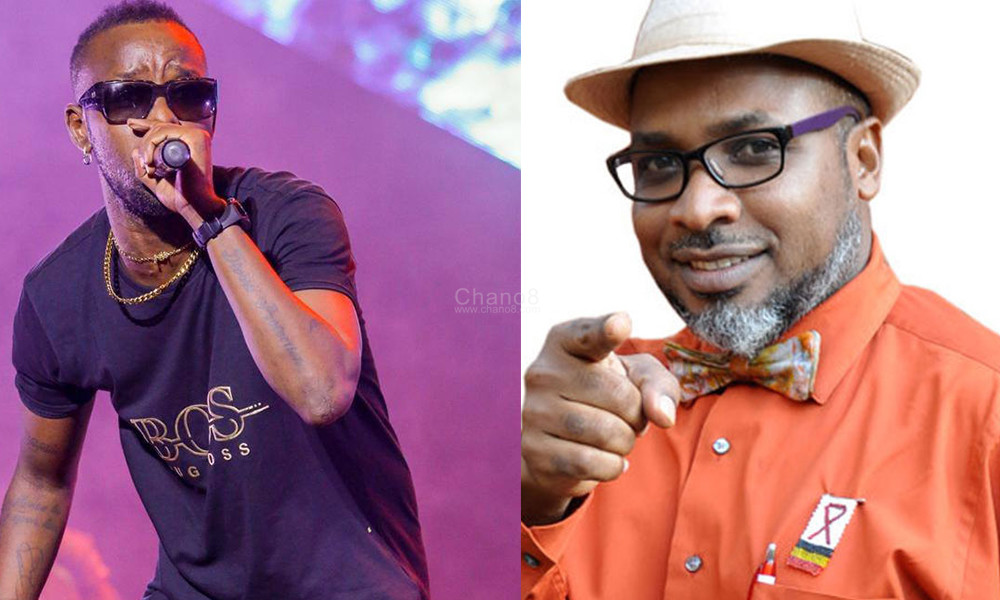 Controversial pastor Martin Ssempa is one of the most active users of Twitter which he uses as a platform to express his opinions on anything of his choice.

After landing on the photo, Ssempa took to twitter to condemn the person who photoshopped Kenzo’s head on Hamza’s body. As if that wasn’t enough, he also went ahead and said that the ‘Semyekozo’ singer ‘could neither study nor practice internal medicine in Makerere’

“Sad how Tweeps are doing this to Dr Hamza. The problem is that @eddykenzoficial could neither study nor practice internal medicine! In @MakerereU there is NO degree in love niggaism. Neither can you fake your way as a #Ssemyekozist” Read pastor Ssempa’s tweet

The tweet rubbed Eddy Kenzo the wrong way and his response, he replied the tweet and called Ssempa an idiot. Kenzo’s reply received some attention from Twitter users who didn’t have any kind words to the pastor.

“Why would a grown up man like u attack @eddykenzoficial for christ sake, a pastor of all things” Someone tweeted.“Do u see him suffering, He is living his Luxurious life. How many of u are doing wat u studded” Read another tweet 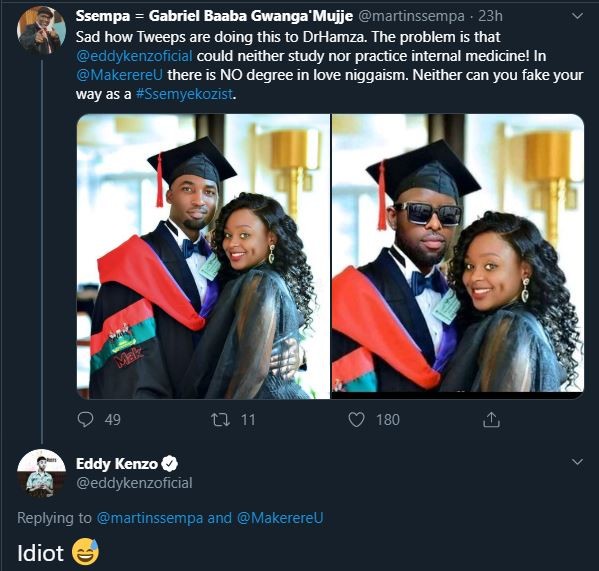