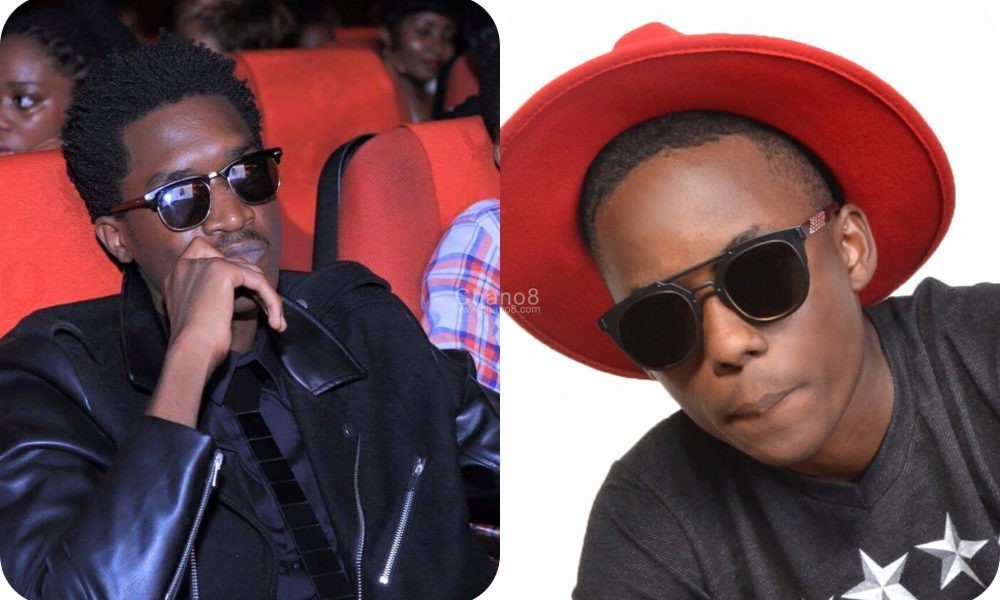 The last time there was news involving Dancehall artistes A Pass and Latinum was when they were in a social media feud in April 2018 which was sparked off  by A Pass’ attack on Latinum dissing his singing ability.

In humorous video, A Pass said that Latinum is a replica of him a thing which rubbed the young artiste the wrong way. One year later, Latinum with no clear reasons took to social media to attack A Pass.

In the wake of the current Cindy Sanyu and Sheebah beef which was sparked off by Cindy after saying that Sheebah is not fit to battle her because of the fact that she can’t sing live, on Thursday, the ‘Amanya Gange’ hit maker took to his Facebook and Instagram accounts to dare A Pass for a battle

Although A Pass hasn’t responded yet, irate social social users who think Latinum was just looking for attention have since then bashed him saying that he has failed to understand the magnitude of an artiste he wishes to battle

One Facebook user called Rickie Sharix commented on Latinum’s post and said. “Its our attention u pulled but congz u gat it but beta search for those under ur level and don’t u rush to Fresh Kid cause he is also above,,,,so jst kip descending till u find” 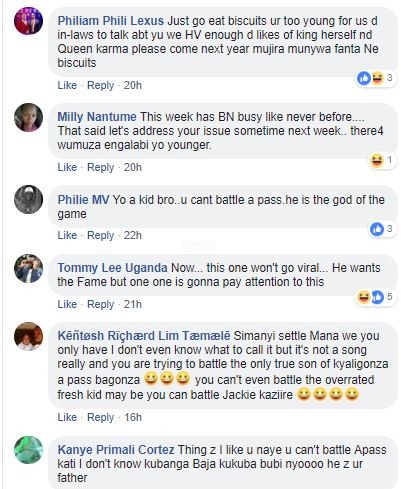 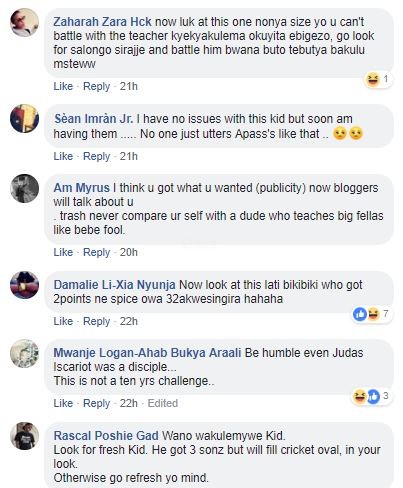 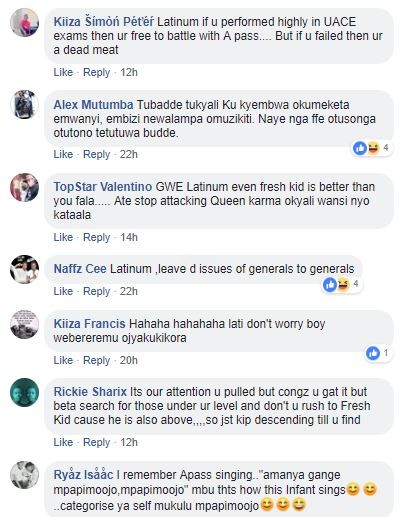 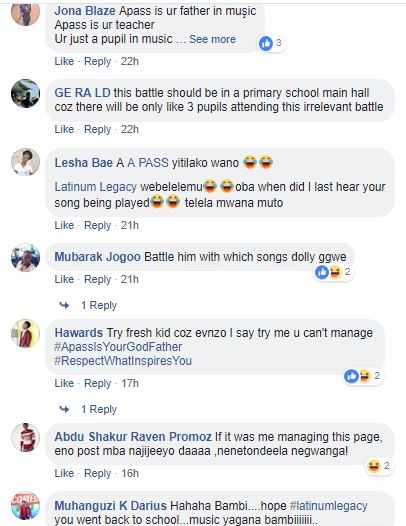 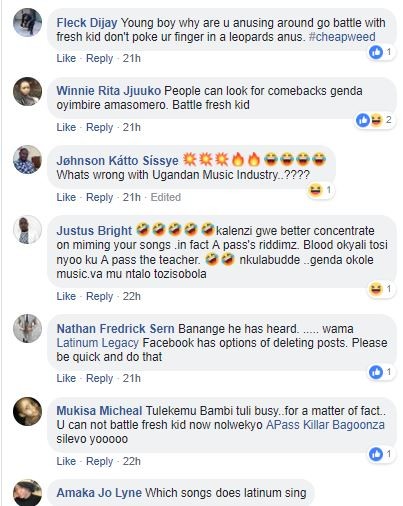 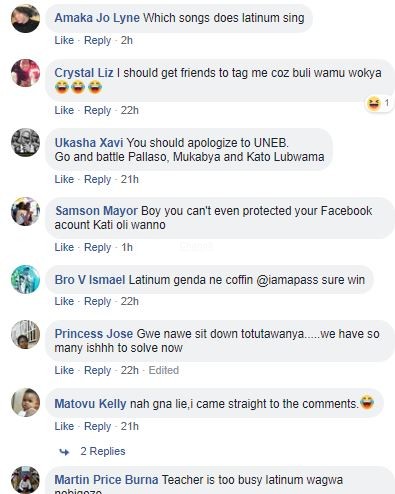 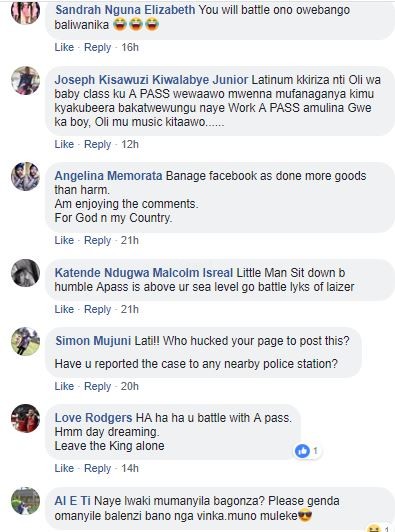 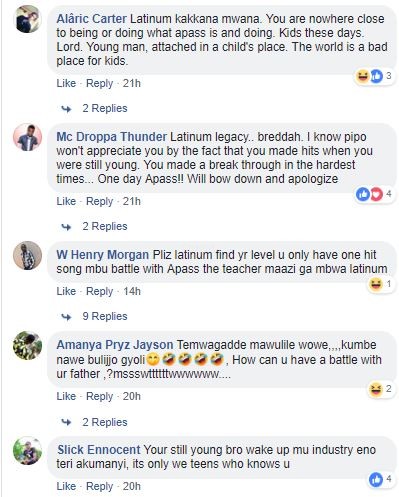 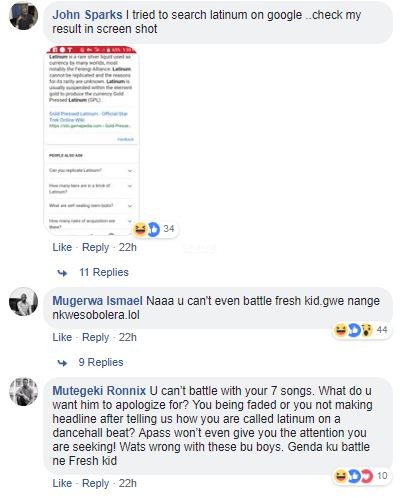 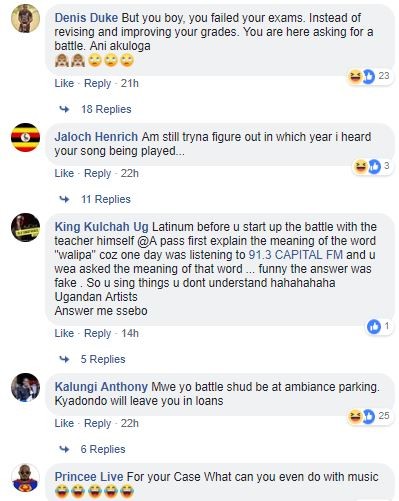 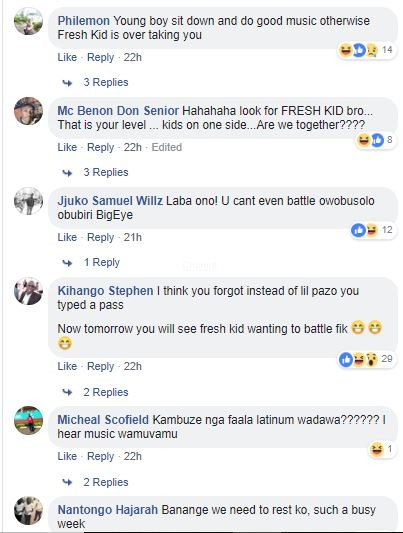 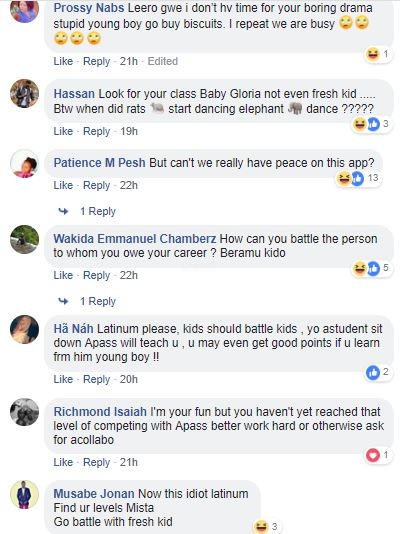