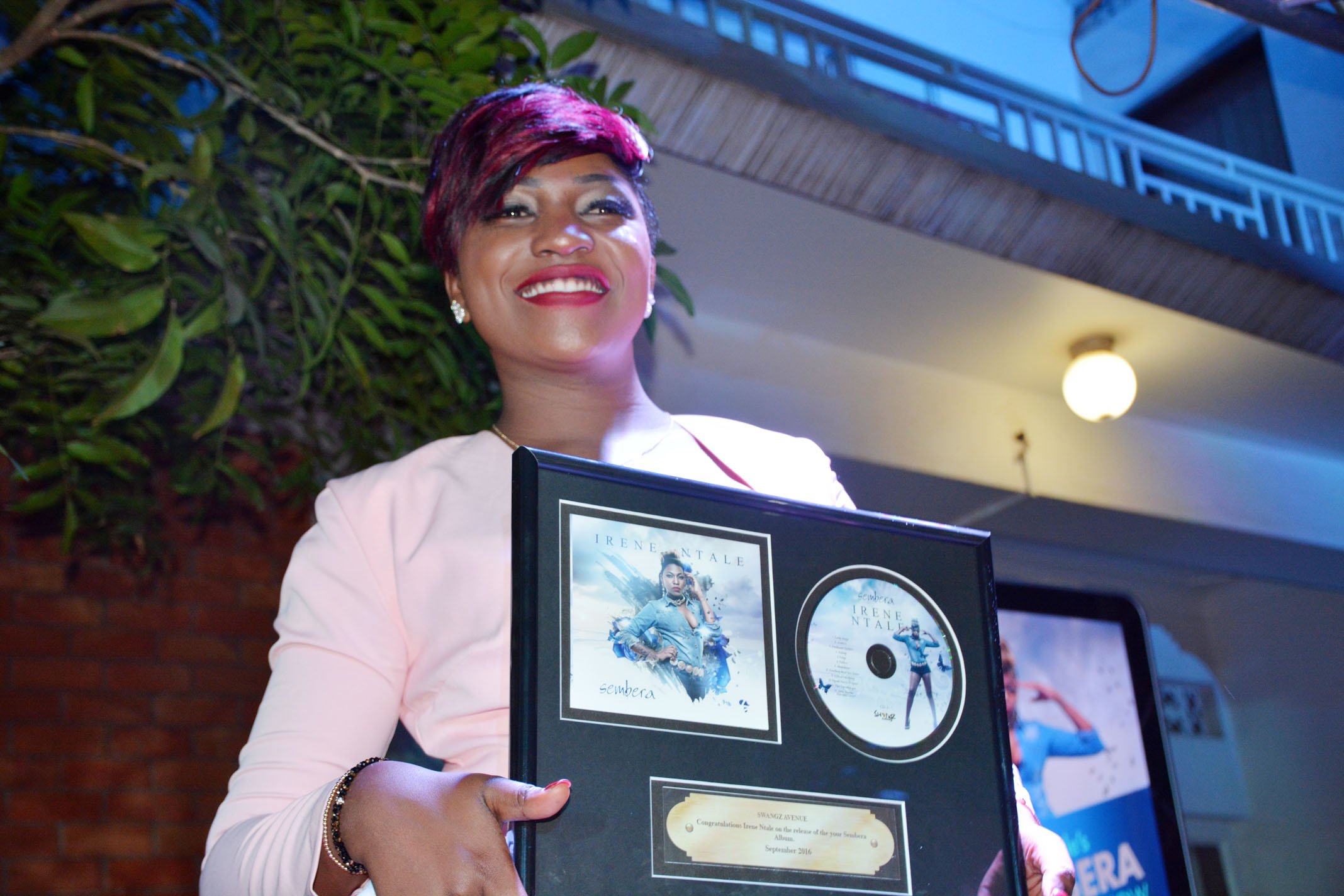 Swangz Avenue the record label under which diva Irene Ntale is signed yesterday organised a private release party for her maiden album at their Muyenga-based offices. The party attended mainly by media personalities, music producers, artistes and DJ’s was to celebrate Ntale’s success in the industry which has spanned more than 5 years now.

The invite only party kicked off at about 7.00pm with an introduction and welcome remarks from senior producer Benon Mugumbya who thanked the guests for turning up before inviting one of the promising Swangz Avenue artistes Joel Kisakye to entertain the guests as they enjoyed snacks and drinks sponsored by Bell lager.

The moment of the night came when the lady of the night Irene Ntale was invited on stage for the listening session and official unveiling of the 27 track album. She was taken through the session by NTV’s Douglas Lwanga who engaged her on stage about the album and the songs on it as the DJ played some selected songs off the album named Sembera. 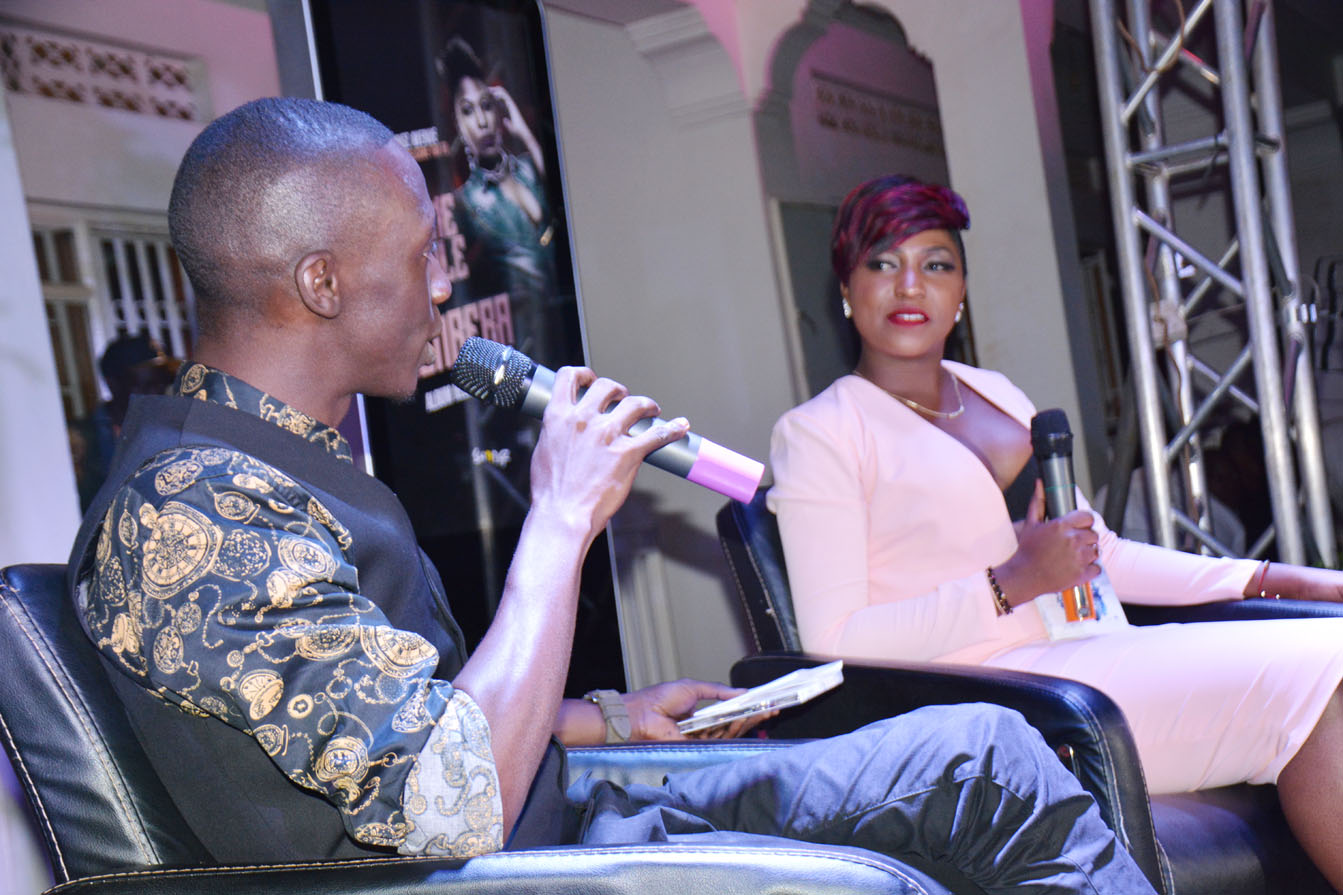 “Thank you very much for turning up for this event and for supporting me throughout my career. I am lost for words but just know i am grateful.” said an emotional Ntale when she stepped on stage

The album which has been done for 4 years comes in 2 CD’s with 12 and 15 songs respectively. She said her favourite song is ‘Nkubukinze’ because it was her first ever song recorded, first song she did in luganda and also first music video from which she learnt many new things that set the ball rolling for the future. 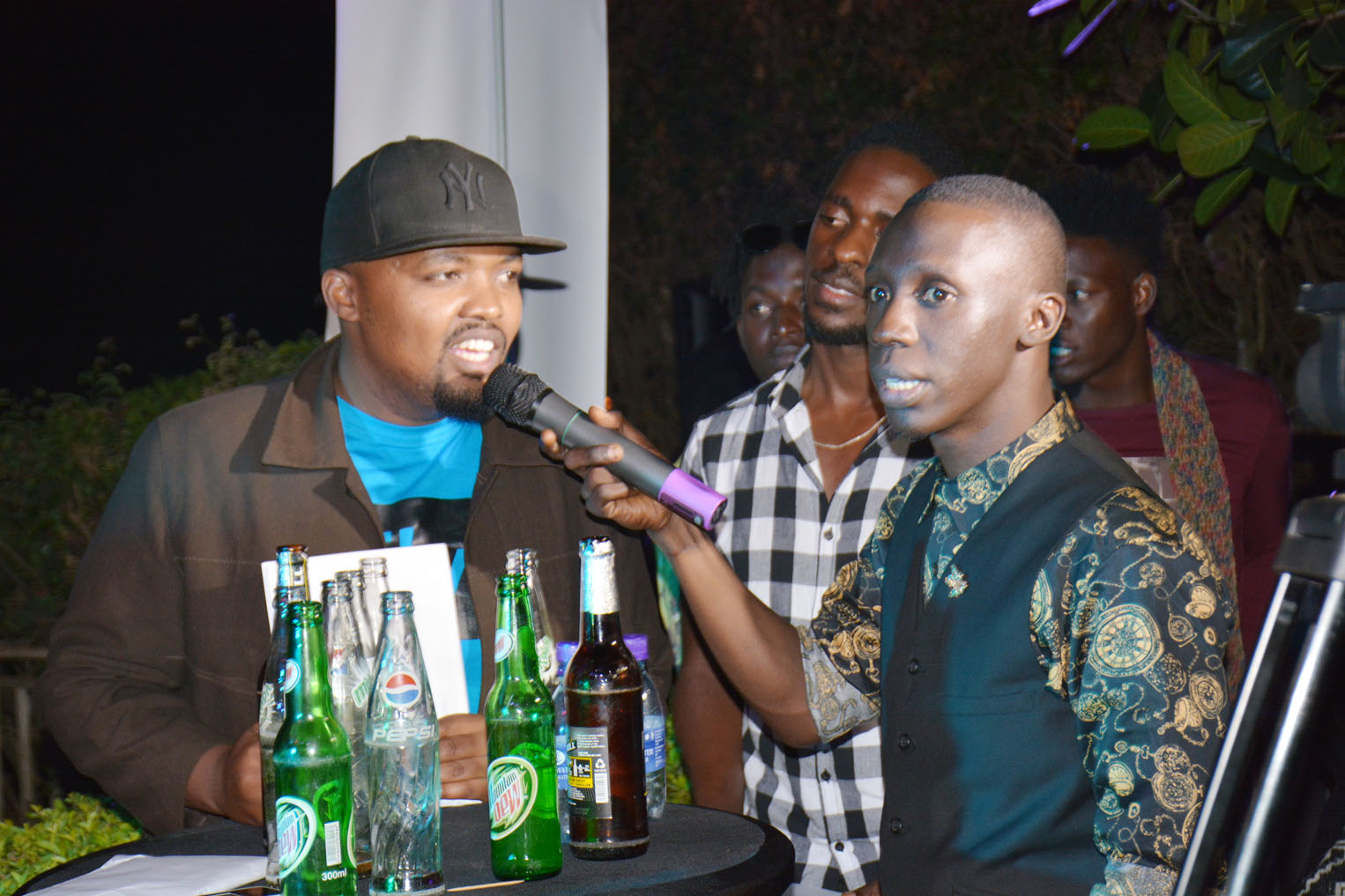 Radio City’s McKenzie giving his take on the new album 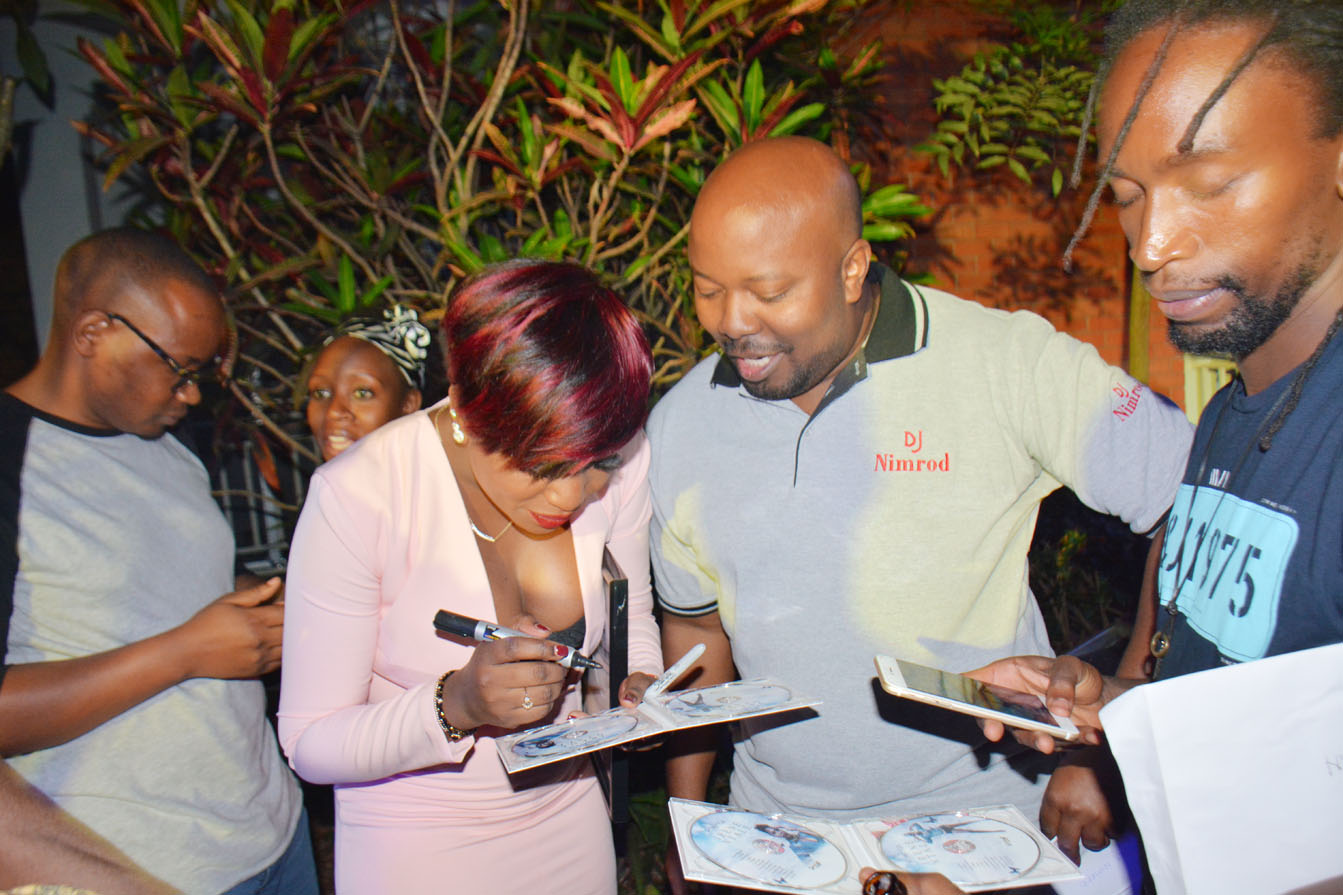 When asked about her ‘church days,’ because of a gospel song ‘something about Jesus,’ Ntale said she still goes to church though not doing the ‘Balokole’ or born again things she used to do as a rule. And when she was put to task to say the Lord’s Prayer, she seemed uncomfortable as she recited the words. 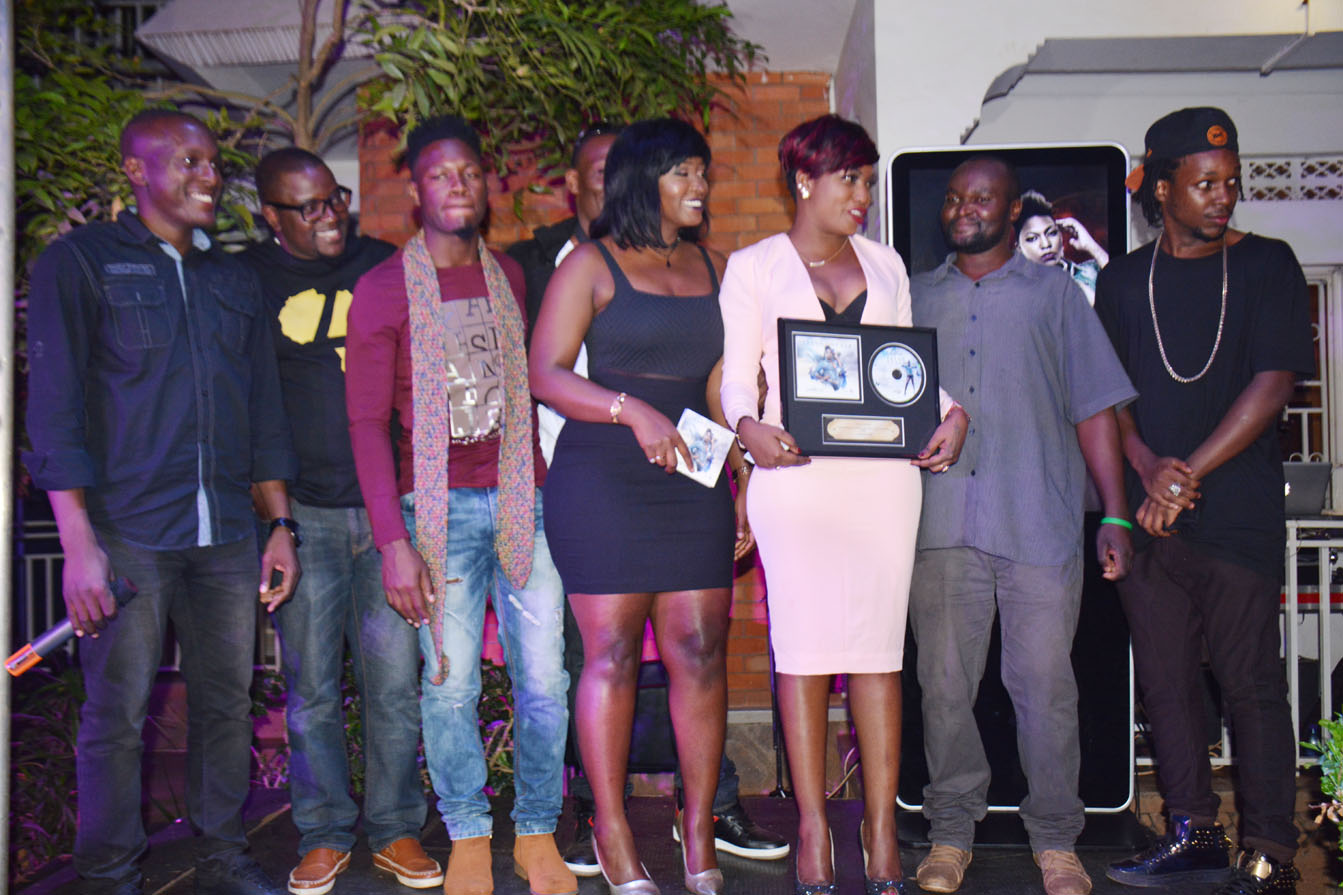 Swangz Avenue boss Julius Kyazze then concluded the evening’s proceedings with a touching speech as he promised to continue nurturing talent like the likes of Winnie Nwagi, Irene Ntale and Joel Kisakye. The others in the pipeline include Zolanda and Blackskin which he said will be unveiled to the public soon as ‘bankable’ artistes.