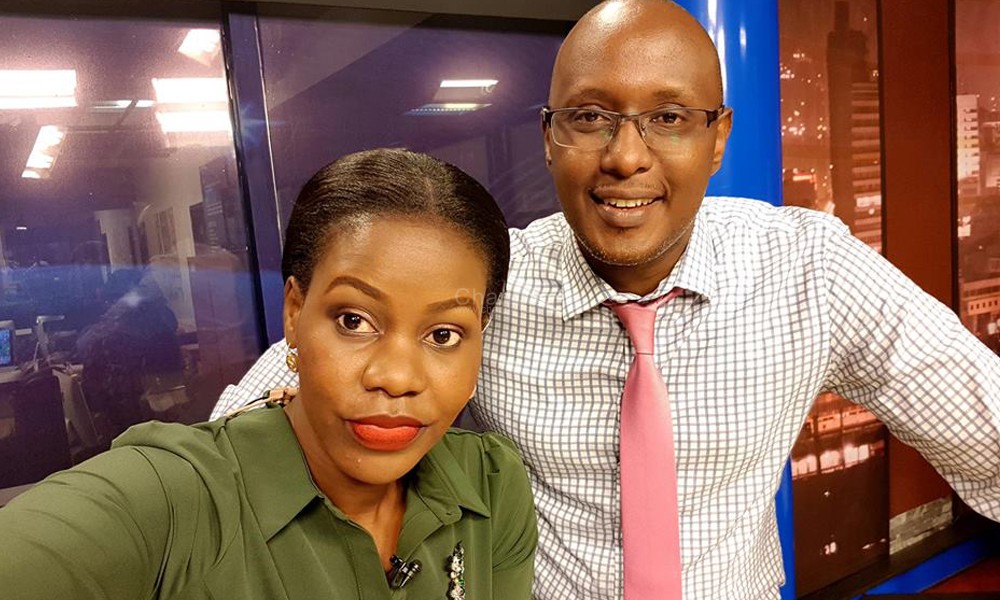 Media personality Faridah Nakazibwe is in the news again and trending on social media just she was a few months ago when she was involved in a war of words with fellow TV presenter Justine Nameere over a man. This time round, following the unconfirmed information making rounds in the news that one of NTV’s longest serving staff Maurice Mugisha left, Faridah Nakazibwe came out to rubbish this news.

It was reported that Mugisha who is the head of the news department at NTV, landed a new job with UBC, but according to Faridah, this is not true. Rubbishing the rumours wouldn’t be a big deal but her approach to it was one that created public uproar.

On Thursday, the NTV ‘Mwasuze Mutya’ show host took to her official Facebook account and shared a selfie photo of her with Maurice Mugisha which she gave a very weird caption that majority of the social media users are bashing her for.

“For those who rumoured that my boss left….is this your mother?” Read Faridah Nakazibwe’s post

It should be remembered that Faridah is known for being a humble and respectable lady. Besides that, she is a Muganda and when it comes to discipline, Buganda take it as key but what could have prompted Faridah to write such a thing, is it just annoyance because of the rumours that Maurice left NTV or what? Everyone is wondering.

Scrolling through the comments on this post, we were amused and shocked at the same time by how people were expressing their shock by what Faridah wrote whereas there were those who were siding with her saying she was right to say that.

One Facebook user identified as Suzanne Edith Suzanna was bitter as Faridah over her caption to the selfue wuth Maurice and in her words she said “Next time use yo head sparingly. It was just a rumor and this doesnt not give u lee way to use such rude words mbu yo mother! This shows how empty yo head is. Anyway I dedicate the same statement to yo mother too. Been yo fun naye given this kind of talk, am out. Am team Nameere now” 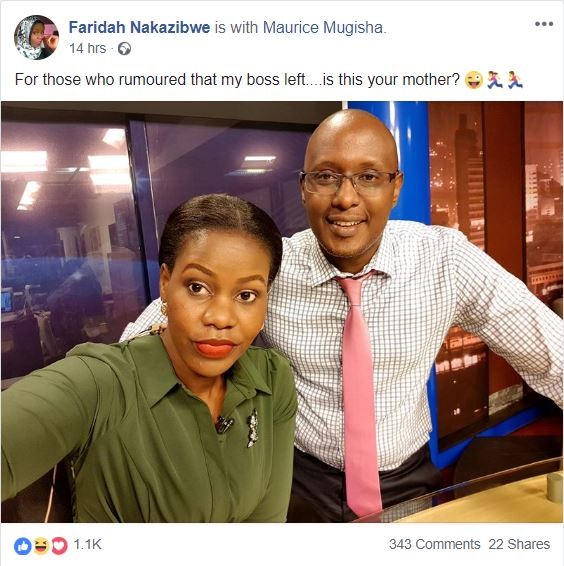 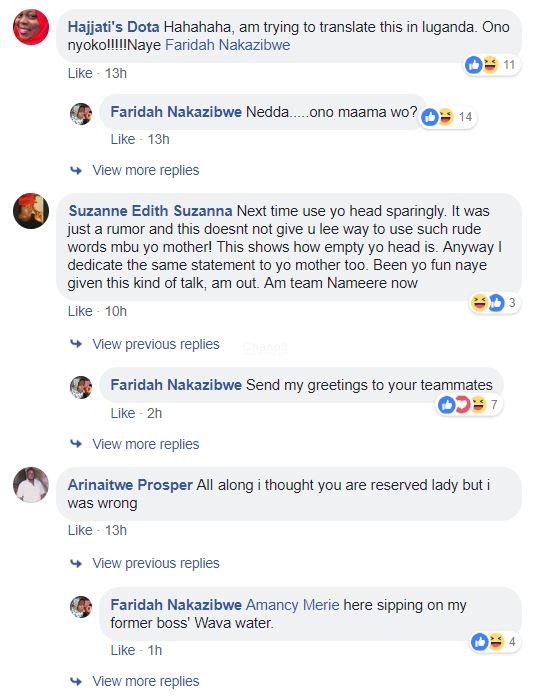 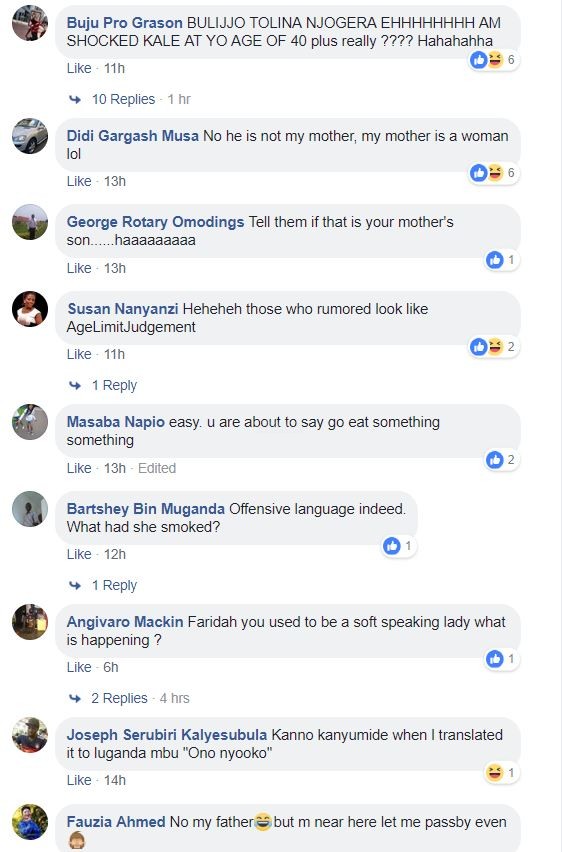 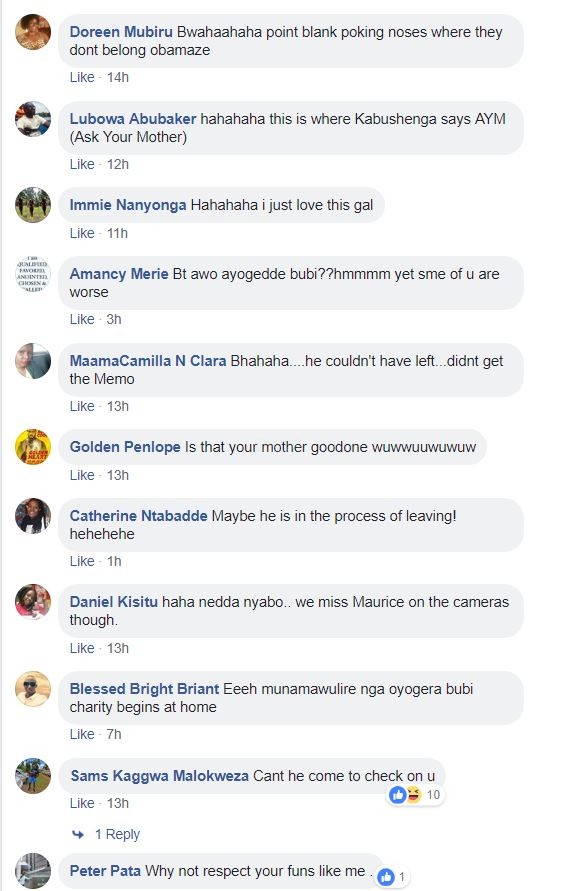 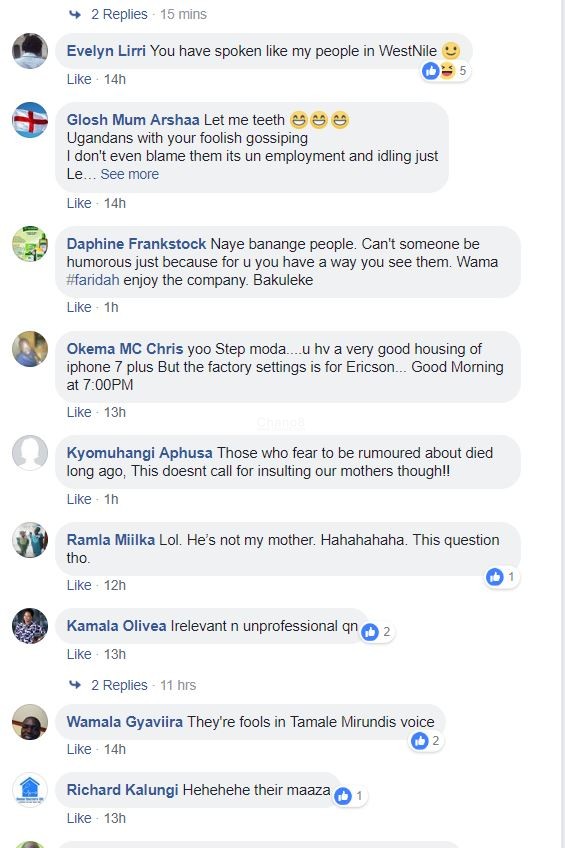 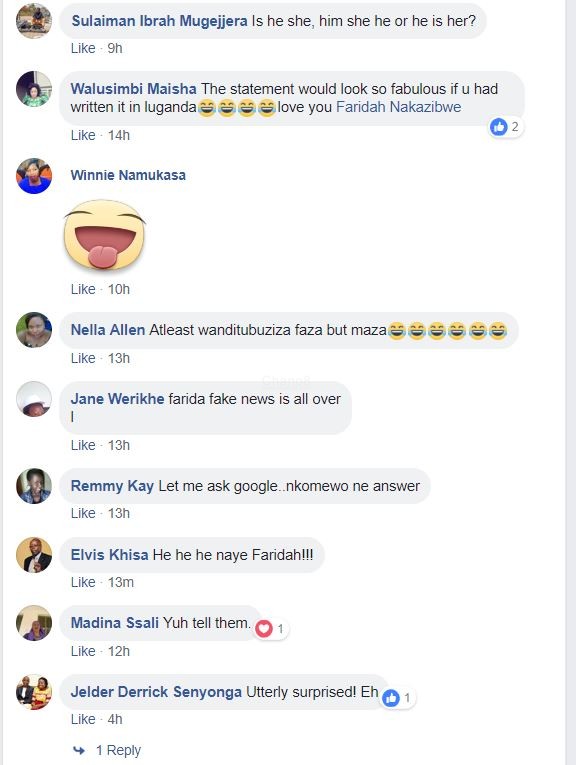 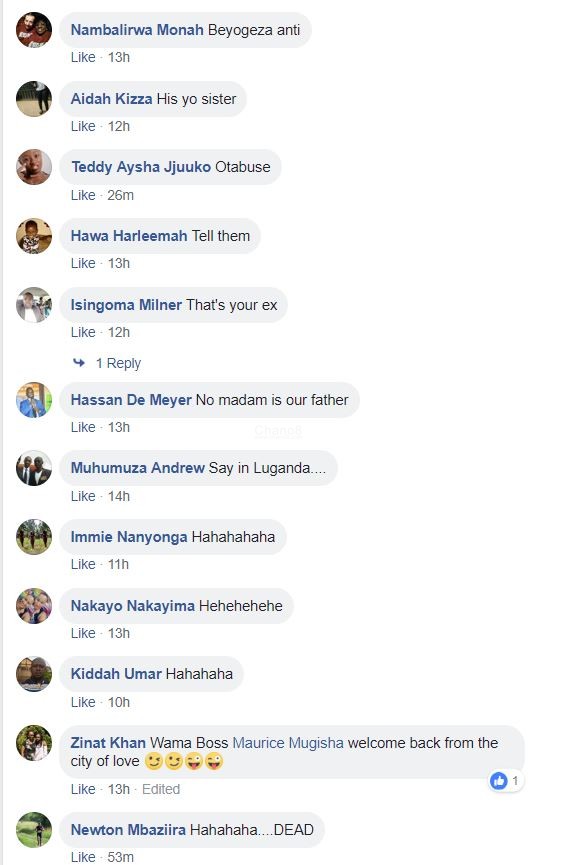 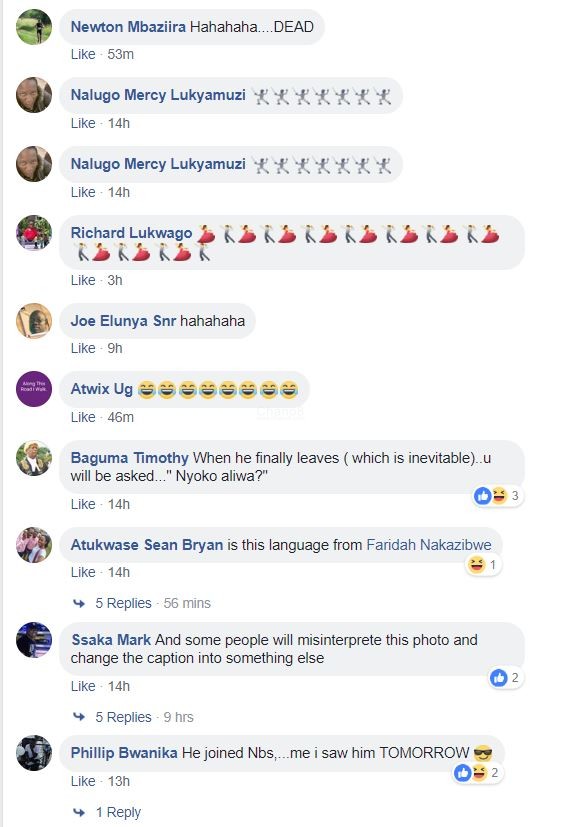 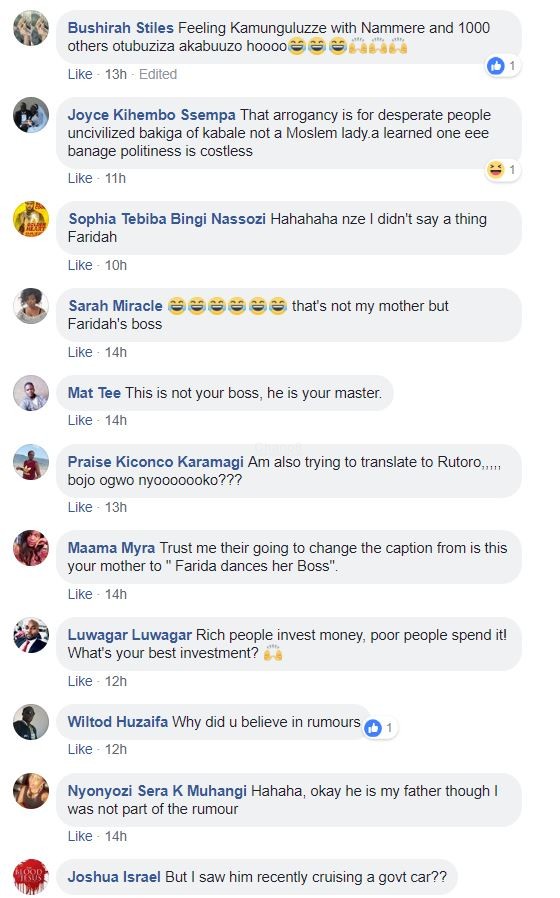 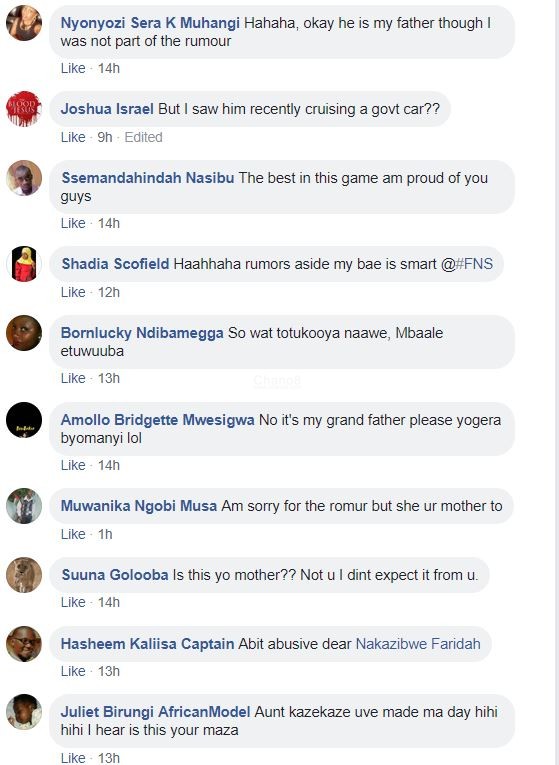