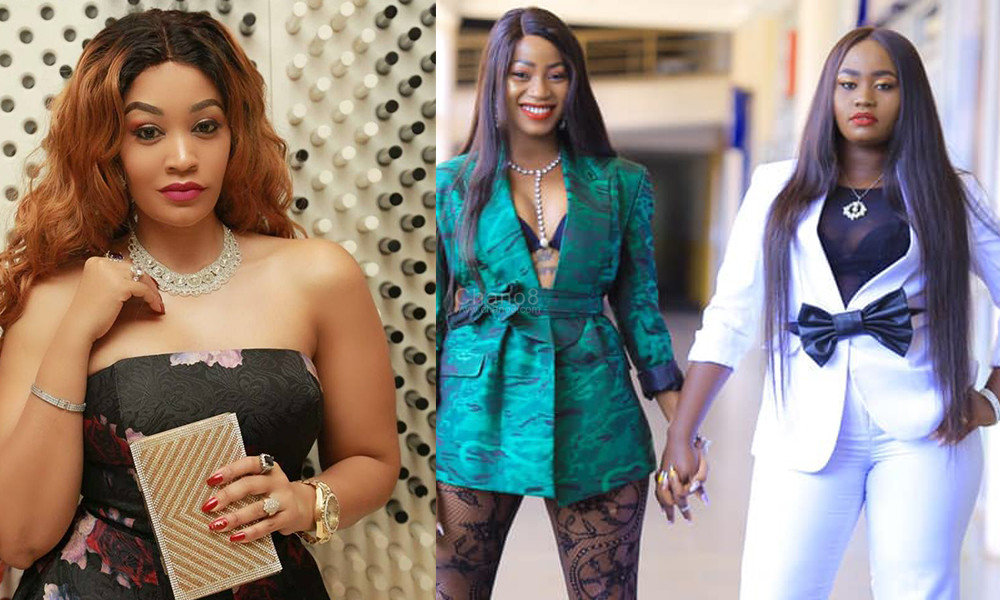 As the fans are showing their mixed reactions towards Sheebah’s new tune ‘Kimansulo’, South African based Ugandan socialite and business woman Zari made a very controversial comment about the same artiste’s collabo song  with singer Carol Nantongo titled ‘Silwana’ loosely translated as ‘I don’t fight’

We don’t know of any beef between Zari and Sheebah but on Monday morning, the self proclaimed Boss Lady took to one of her official Facebook pages to rubbish the song over reasons know to her. According to her opinion, she thinks that ‘Silwana’ is a song that appeals to side dishes and prostitutes.

“This Ssirwana song is for side dishes and prostitutes, real women fight for their marriages.” Read Zari’s post on Facebook

In this song, Sheebah and Carol were urging married ladies to stop picking fights with other women whom their husbands have as side dishes.

In her verse, Sheebah makes it clear that if her man gives her less time, she cannot hesitate to get a replacement and this lyrical content is believed to have intrigued Zari to rubbish the song sighting that real women instead fight for the marriages to the last drop of blood

However, going by the relationships Zari has fallen out of, she shouldn’t have been the one to write such a thing. Facebook users have since then bashed Zari for this statement in defense of Sheebah

One Facebook users commented  and said “bt how kamz u dint fight 4 Platimum dat time wen he was mixing u jct like cement & sand.Madam know ur worth & slay in peace leave marriage alone koz u failed that exam long tim ago…period.”

“u just post for Facebook fun.How many of ur marriages did u win??? We all knew Hamisa was in love with Diamond, why didn’t u fight for it and win? Infact that song is dedicated to you as general.” Another commented

By the time we went to press, there hasn’t been any reply from Sheebah or Carol Nantongo