It wasn’t me – Jose Chameleone 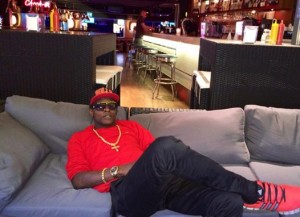 Ever since the fights involving the Goodlyfe members erupted, Jose Chameleone who is elder brother and mentor to most of the feuding crew members had been quiet. However following some media reports that he had told his brothers that Radio is better than all of them combined, he has finally spoken to clear the air.

Chameleone who is for his Tubonge European tour in Brussels has said he has nothing to do with the fight involving his brothers and Radio in Goodlyfe. He has asked the opposing camps to stop the fights and concentrate on building their careers and developing the music industry in Uganda. Writing on his Facebook page, Chameleone has warned people making false statements on his behalf and desist from the vice.

“As the year rolls,We are observing number of events Musically, Socially and in every aspect,We are all trying to be better than what we were yesterday.I personally have been observing more the changes our industry is facing.Whether positive or negative,We can always handle.Personally i am not going to judge who is right,wrong,better,best etc and I request all people speaking on my behalf to STOP Giving my opinion falsely.”

Some entertainment and gossip websites had also reported that Chameleone is behind the disagreements between Radio and former manager Jeff Kiwa. They quote Kiwa as the complainant who claims it’s the music doctor behind his troubles with former original Goodlyfe members Radio and Weasel. He has however said he wasn’t present when all this started. He goes ahead to wish them good luck as they sort out their mess

“However,Every one knows that i wasn’t there when all this started and can’t just come in between to Judge. As a brother who wishes the best for Gudlyf,I feel sorry for all that’s happening.We have all been through hard times and challenges.All we can do now is wish them the best out of this.”

This week, the fights took a bloody turn when the two camps of ‘Goodlyfe Team No Sleep’ formed by former manager Jeff Kiwa comprising Sheeba Karungi, Allan Kiwa, Sam Mukasa, Pallaso, King Saha, and AK 47 fought with ‘Goodlyfe Reloaded’ headed by Radio comprising Radio himself, Sizzaman and others with Chagga as manager. Weasel is yet to declare where his allegiance falls but performs with both groups. The fights started at Club Venom in Kabalagala in the wee hours of Monday 25th May, then resumed at Casablanca in Acacia Avenue and ended at Radio’s home in Kizunge-Makindye with several members later arrested and charged with various counts including possession of illegal drugs, Affray and Assault.