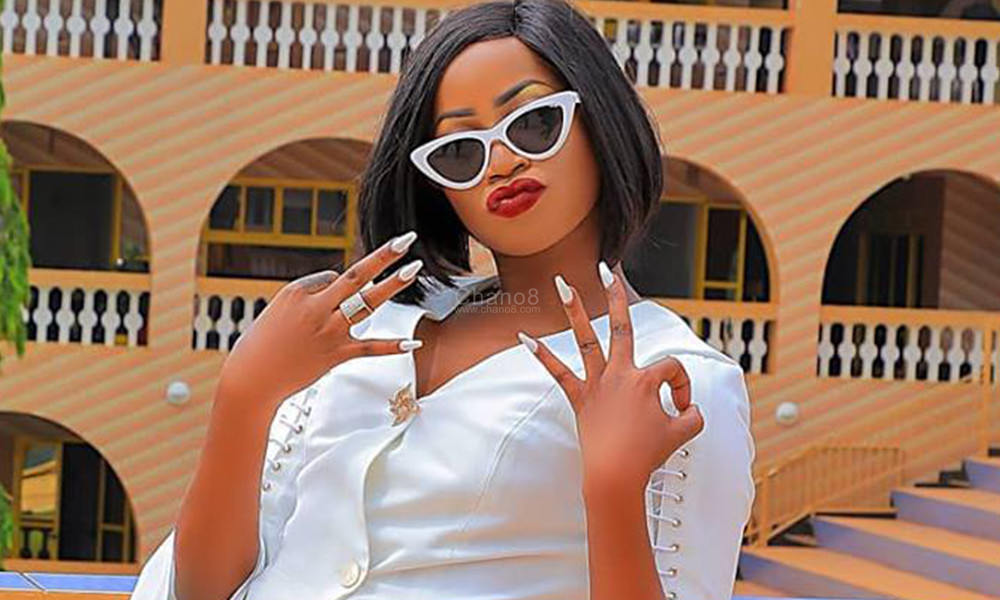 We don’t know why people always doubt women’s success. It understandable but many women become successful through men but there are those who go hard for their money, own their own things and singer Sheebah Karungi is one of them.

Although people still believe it is not hers, since the beginning of this year, the Team No Sleep’s queen Sheebah has secretly been contrasting her mansion which is located in Munyonyo. It no longer a secret but public knowledge and as we talk, Sheebah is counting days to finally occupy it.

It is a shame that the Doubting Thomases say that her manger Jeff Kiwa is the one who built it for her, all in the name of moving in with her as his wife. The ‘Nkwataako’ hit singer has on several occasions tried to dodge this rumour but a few days ago, she finally cleared the air.

While asked whether she is going to move in with Jeff just like how local tabloids and bloggers state it, Sheebah distance her sexy self from this information which she said if not true

“Why would I move in with Jeff? What the media is reporting is not true. Jeff Kiwa is my manager guys and if you want to dig deep into it, go on. If I have something to tell you about my private life I will let you know. It’s non of anyone’s business anyway.” Explained Sheebah

On the other hand, talked about how is so excited to enter her new house “My house is my biggest accomplishment in life, I started building it this year and Insha Allah am going to be entering it before this year ends. It is in its final touches and after furnishing, I will be entering it officially” Sheebah said.

Sheebah Karungi’s ‘Omwooyo’ album launch concert is on Friday the 30th of November at Hotel Africana and the fear of missing out is already spreading, as fans gear to yet again fill Africana to capacity just like they did at her ‘Nkwataako’ concert in 2016