Gagamel Boss Bebe Cool is following in the footsteps of his nemesis Bobi Wine in giving advice to Jennifer Musisi the Executive director of Kampala City Council Authority on development plans and implementation.

He is particularly concerned with street lighting or luck of it that has made thugs take advantage to rob city dwellers.

Last year Bobi Wine caused a lot of controversy when he wrote a song for Jennifer Musisi ‘Tugambire Ku Jennifer’ airing his views on the Authorities’ stand to evict city vendors from the roads and streets as a cleanup drive to rid the city of disorganisation and thugs. 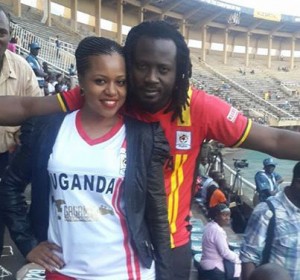 Now Bebe Cool has joined in the fray by voicing his views as well as advise the city iron lady on how to manage the situation;

“Jennifer Musisi should find a way to check on her employees in different departments.Implementing projects is always easier than maintaining them.,THE KIOSKS WERE SWEPT AWAY ALONG THE ROADS HENCE NO ACTIVITY IN MAJOR STRETCHES N JUNCTIONS ALONG MAIN RAODS BUT THE LIGHTS ALONG THOSE ROADS DON’T HAVE BULBS HENCE THE CITY HAS GONE DARK AGAIN.ie lugogo bypass and its along these stretches that pipo get stubbed and killed.DONT forget Gagamel band live tonight at club amnesia and thanks for voting for ELLAH,keep voting for her to keep her in the house” Bebe Cool posted on his facebook page

Jennifer Musisi last year responded to Bobi Wines’s call by inviting him to a round table discussion as well as endorsing him to headline in last year’s Kampala City carnival. So we wait to see what Musisi will do this time round as Bebe Cool’s fans are fully behind him and are demanding a response.