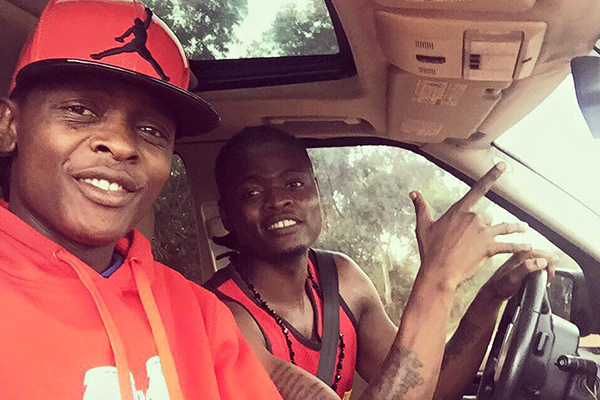 Jose Chameleone and his brother Pallaso have embarked on a countrywide tour, something that will definitely win them more fans.

The tour, that is believed to have started on August 1, is a build up for Pallaso’s highly anticipated Twatoba concert, which will take place next month at the Freedom City Mall.

Jose Chameleone said that it’s always great to work together with his brother as they embarked on a western Ugandan tour, which will see them perform in Mbarara, Lyantonde, Ishaka and Bushenyi among others.

A very excited Pallaso sees this tour as a career boost and it’s no wonder he said,

‘Road Tour with Pallaso & Chameleone In about 30 towns !! Same shows that gave me the potential to become the beast I became !! I’m gonna miss you all.’

Recently the team good music boss, said that he has been through the deepest and darkest corners.

‘I have been through the deepest, darkest, most hope depriving corners of the world, it’s very hard to understand me. I stand 6,2 with an African Ego, Attitude & Pride of the African people,’ he said.

Pallaso has battled to be where he is today and it’s with a positive mentality that he managed to keep it together otherwise critics would have killed off his career but that wasn’t the case. Last year he teamed up with Nigerian star Davido and released Twatoba which received massive airplay and before that he had ‘Go Down Low’ with Sheebah among others which was a sensation that took Uganda by storm.