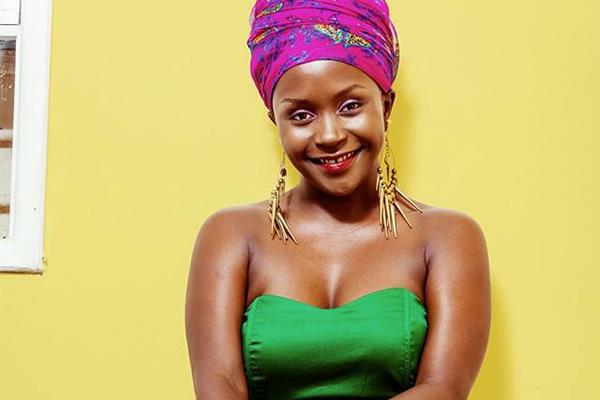 Ugandan queen of comedy Anne Kansiime has been named among the top 100 most influential young Africans by the Africa Youth Awards. The legendary comedienne couldn’t help but share her excitement by sharing the post and captioned it, ‘Now see what the Lord has done.’ 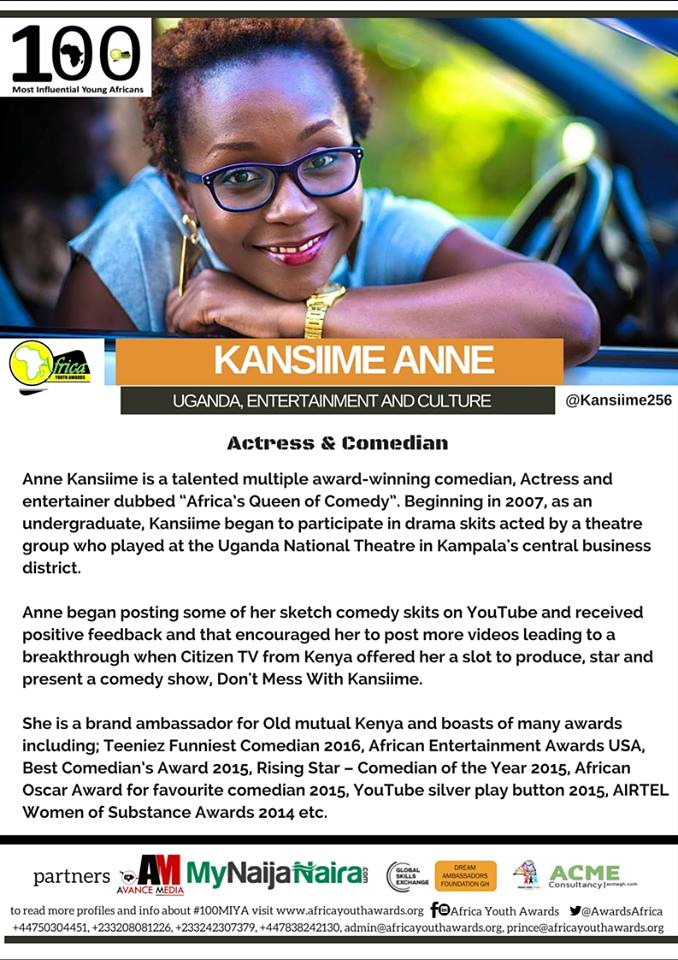 Kansiime has defied odds on several occasions, just when the critics think it’s going their way, her career takes another amazing turn. The fans unwavering support seems to be growing bigger not only in Uganda but in several African countries like Malawi, Zimbabwe, Botswana and Zambia where she previously sold-out shows.

Her ever increasing online fanbase across platforms like Facebook, Youtube, Instagram and Twitter is only evidence that she is a force to reckon with. The every last child ambassador who is set to headline the Afrikafest show in London along with Yvonne Chaka Chaka and Nigeria’s Emmanuela, has shown that she’s too positive to be doubtful,
too optimistic to be fearful and too determined to succumb to pressure.

She has proved to be the country’s darling and only won over more fans when she started her Kansiime foundation a few months ago. She started it because she wanted to help the needy, something that she desired to do for long. And now with her increased celebrity status and ever growing career, she can be able to make a difference in several children’s lives.

Recently the comedienne said that there is a child in each of us.

“I like to believe that there is a child in each of us, we poke our loved ones, we giggle when shy and at times we even cry without shame. That is the beauty of life,” she said.

Kansiime was named along other influential people like Trevor Noah, Sarkodie, Peace Hyde, Wizkid and Borussia Dortmund player Pierre Emerick Aubameyang among others.