katasha and Shakira get cozy

Healing a broken heart has never been easier, no matter how much you have in the bank. South African based money bags Katsha AKA de bank is crying foul after  his split from Stella Nankya.

After numerous rants about being in love and having a lot of female attention, both on Facebook and instagram. We were glad he finally found love again in the arms of a gal only known as Shakira Kayihura whom also hasn’t stopped sharing pics of their love on social media. 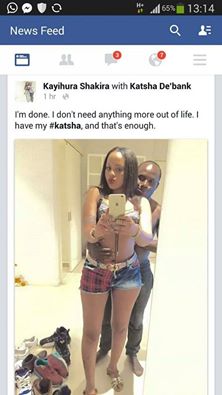 Gossip from Shakira’s close friends is that Katsha is paying Shakira to get back at his ex by pretending to be in love and a relationship with him. He has gone on social media with phrases to imply It doesn’t matter what media says about u as long as u have a beautiful lady. It’s not clear how they met or how long they have been going out together, but it seems heated  on paper. 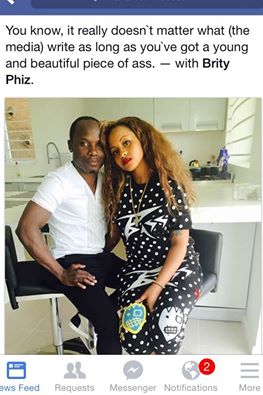 Friends of Shakira have a different story to tell in regard to the pics, they say she told them the relationship is fake and she is only doing it for the money. She is later quoted saying she is not dating Katsha but in a relationship with another guy named Ande and they are expecting their first child.

Now that is complicated.