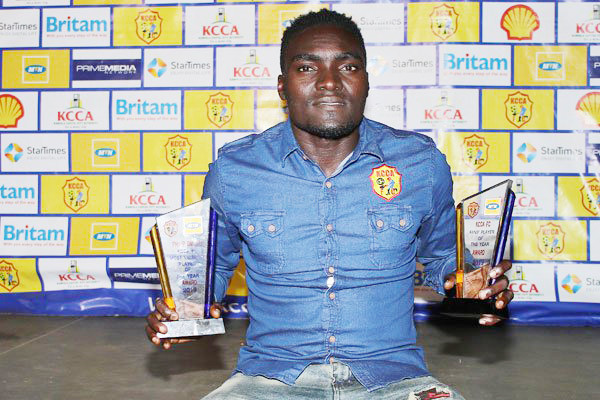 As expected, Timothy Awany, who has had a standout season scooped two awards, the MVP award dubbed the ‘MTN Philip Omondi Award’ as well as the Fans’ Player gong.

The well-organized event by the club sponsors Vivo Energy and MTN was not short of drama as Timothy Awany was dropped as the club captain by manager Mike Mutebi.

“We have made a thorough research and I can confirm that next season, Charles Lukwago will be our captain and will be assisted by Julius Poloto and Mustafa Kizza. KCCA FC skipper has to be exemplary and disciplined both on and off the pitch and us considered this in naming our new leaders next season,” Mutebi said when handed the microphone at the event held at the Star Times Stadium.