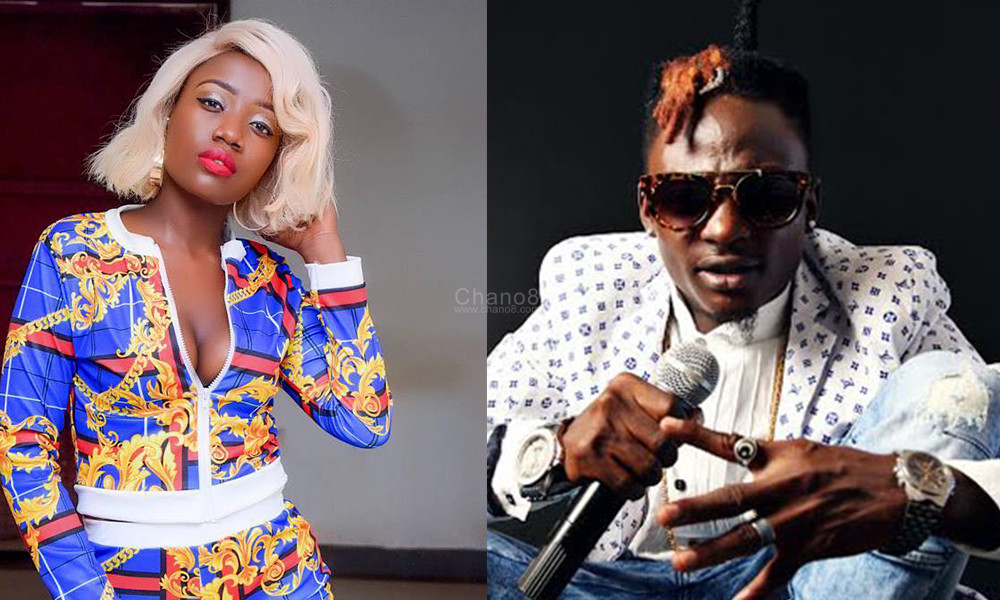 It looks like Khalifa Aganaga is looking for all possible ways to stay relevant ahead of his concert this weekend at AER Lounge located in the leafy Kololo. He has attacked fellow artistes like A Pass, Ykee Benda, Rema Namakula and now Lydia Jazmine.

Surprisingly, all these artistes he is attacking have decided to ignore him so far.

In a clip that we came across, Khalifa is heard saying that Lydia Jazmine is not talented at all and that her biggest achievement is taking part in Coke Studio which she also achieved because of the connections her ex-boyfriend Bushington had.

“I don’t rate Lydia Jazmine at all. She’s just lucky because there is no way she could have gone to coke studio if they based on talent. But because her boyfriend had connections, she was the chosen one,” he said while on an interview on BBS TV

Khalifa further stated that if a chance ever comes through for him to be part of Coke Studio, he will decline it because it adds no value to his singing career.

Khalifa Aganaga is going to have his concert dubbed ‘Kiboko mu Katono’ this Friday the 23rd of November at AER Lounge in Kololo. Entry fee is Ug Shs 50,000 and 500,000 for VIP tables.