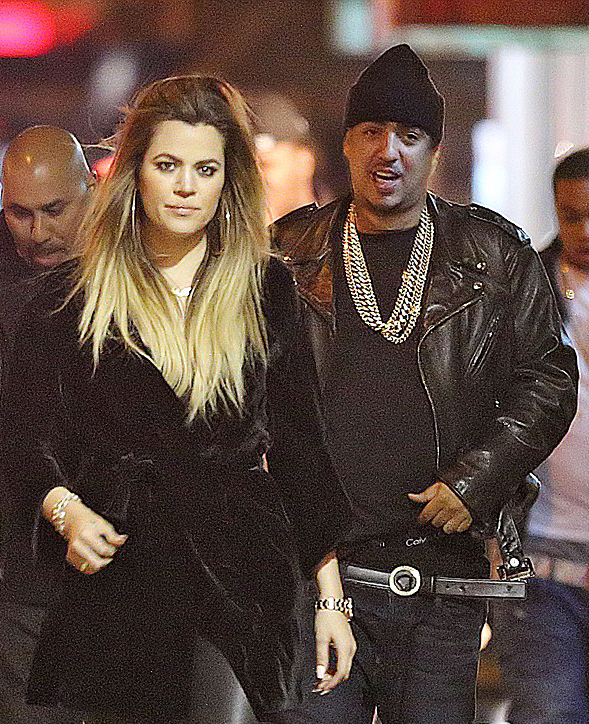 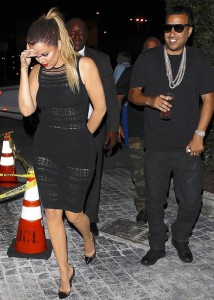 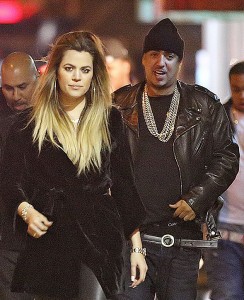 Khloe Kardashian and her rumored new boyfriend French Montana were spotted in public together for the first time in New York City over the weekend. The pair were seen enjoying some pizza at Star Gourmet & Deli in NYC on Saturday, April 19 after he hosted a party at the Allstar Night Club in Elizabeth, New Jersey the previous night.

The couple went to an after party at Greenhouse nightclub on Saturday night. The duo reportedly had shots of CIROC at the bash before it was shut down by police at 2:45 A.M. According to Radar Online, the party was shut down after “police were tipped off about the size of French’s entourage.”

“The club was shut down for overcrowding and loud music,” the source continued. “French was visibly annoyed that he had to leave, because it was his friend DJ Cipha Sounds’ birthday party.”

Earlier that day, the reality star and the Moroccan-born rapper enjoyed a meal at Lobster House on City Island, sitting by the water. As reported by Us Weekly, Kardashian was seen laughing while eating her salad and French fries. She went back to L.A. on Sunday.