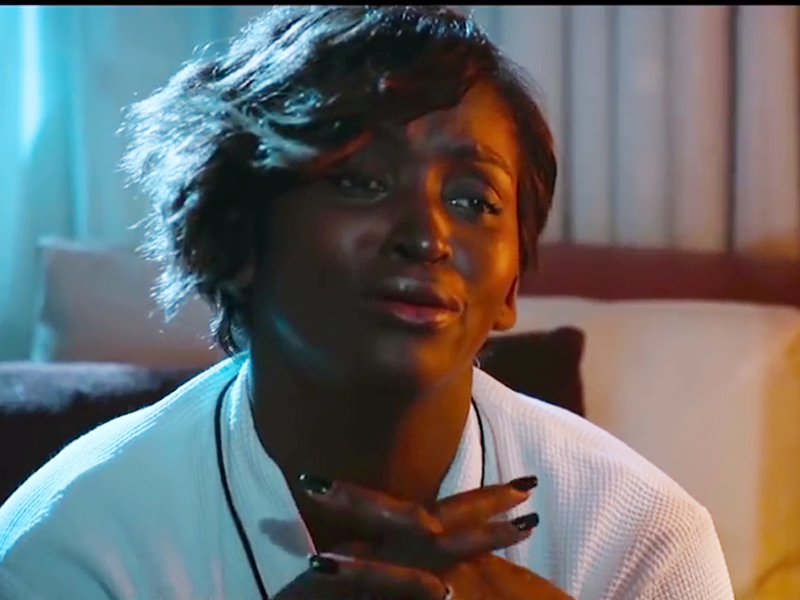 ‘Kibulamu’ loosely translated as ‘there is something lacking’ is a new release which songstress Winnie Nwagi, popular for other songs like ‘Musawo’ and ‘Katono Katono’ outted recently and she has for a while been busy in the video shoot. It’s a love song in which a married woman who has a cheating husband tries to tell him to change for the better of their love.

The song whose Audio is produced by Crouch of Jeeb Records was shot by Meddie Menz of Mirage Concepts and directed by J Gusto. The story-line is straight forward and shot at the same spot where only camera tricks and editing effects create variety of movement and angles.

The video begins in the middle of the night where we see Winnie Nwagi the wife is seen arguing and angrily settling family issues with ‘her husband’ who happens to be going somewhere. The two fail to reach an agreement and Winnie is suddenly seen pushing a basket full of fruits off the table in anger an act that scares her man.

The conversation goes on although it is not a smooth one with Winnie Nwagi seen trying to strangle the poor fellow who looks so apologetic although Winnie seems not to take in his apologies. The heated argument is about the man of her life who doesn’t want to give her attention and time.

In the next scene she loses it after the husband tries to use force on her and then hastily climbs up the stairs, goes to the bedroom, pulls out the man’s clothes and throws them at him. He stays put and instead opts to beg her for forgiveness.

One of the scenes in the ‘Kubulamu’ video

She attempts to leave again but her man grabs her bag and immediately follows her threatening the worse will happen if she leaves. He then begs her to stay and even forcefully pulls her suitcase away from her and begins fresh apologies which he succeeds in doing. Winnie then calms down and the two are seen dancing romantically and sharing sweet moments

The man successfully calms down the angry Winnie, sits her down and serves her a glass of wine. Unluckily enough, as he tries to remove his coat, a packet of condoms drops on the flow and the two become lost for words which also concludes the video.