King Saha’s moment has arrived. The down to earth shy singer has had a long music journey characterized by ups and downs, but has had arguably the best year in that period with his Mulirwana hit top chats across the country in 2014.

“I am ready for the concert and will give my best to the fans who have supported me throughout this journey.I will perform some of favourites songs of other artists as well as my own songs.” Saha told Chano8 in an exclusive interview which you can read in full in our September issue of Chano8 Magazine here .

Today 26th September 2014, King Saha (real names Ssemanda Mansur) will be celebrating the success of the hit song with his fans at a concert he has organized to share the story of his musical journey which started way back at Primary School when he sang in the Mugonga church choir while at St Agnes Primary School. The concert scheduled to take place at Theatre Labonita will kick off at 6:00PM 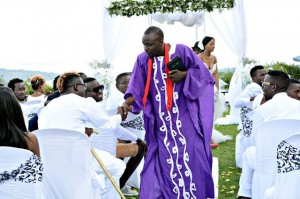 After winning the ‘Best in Folk song Award’ at a contest organized in Mpigi district, he was offered a bursary to study while paying half of school fees till Secondary. Although he was also talented in sports particularly football, he decided to settle for music and eventually pursue it as a career that took him through Jose Chameleone’s Leone Island as well as Goodlyfe – Team No Sleep.

Although Saha is mostly known for the block buster song ‘Mulirwana’, he actually has other very good songs that are also dominating air waves across the country like ‘Signal’, ‘Tonjiwa’, ‘Kampala Anthem, Vimba’ ft gravity, ‘Komawo’and ‘Onkubba’.

Saha says he doesn’t want to be a one-hit wonder and as a result has been working hard in studio churning new hits like ‘Gundezze’, ‘Tamale’ ft Pallaso and ‘Suzaana’.

“MULILWANA won me millions of fans n disapproved ma haters,MULILWANA made me famous,MULILWANA took me places,MULILWANA brought a bank to ma home,MULILWANA got me a place on the table of men.Thank U Allah.Lets all meet on the 26th Sept @La Bonita as I take u thru ma musical journey..” He said recently.

He will be accompanied on this special day by some of Uganda’s top talents like Bebe Cool, Bobi Wine,Aziz Azion, Eddie Kenzo, Golden Band, Rema and Sheebah among others. 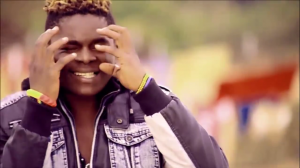 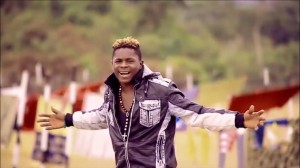 “I am ready for Mulirwana concert and I have a lot of energy to perform for my fans. So I invite everyone to turn up at Labonita on Friday where I will give you my best”. He said at his pre-concert party at club Venom on Wednesday

Entry Fee is 20,000/= for General and 50,000/= for VIP. However Chano8 readers have a chance to win free tickets by answering simple questions on our Facebook page here