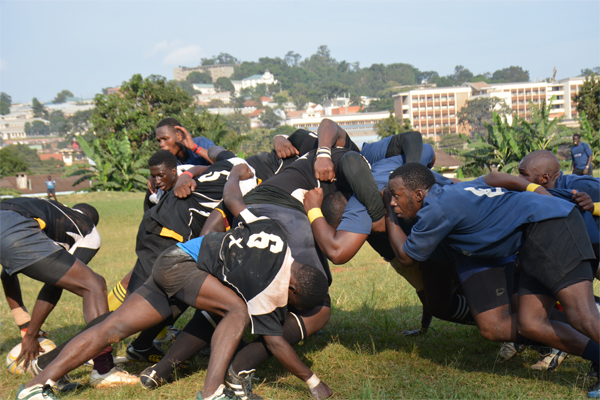 Betway Kobs maintained their dominance at the top of the Nile Special super 10 rugby tournament, after completing a 62-21 win over the Makerere Impis at the Graveyard in Makerere. The win, which was the 3rd consecutive one for Kobs and #rd consecutive loss for Impis, saw the league leaders march on atop, as the league table formally starts to take shape.

The Kobs ran riot, scoring their first try as early as the first minute, with James Ijongat’s feet having a terrible day at office and consequently missing the conversion. The Impis replied through a Henry Nsekuye penalty to bring the game to 5-3. In form flanker Ramathan Govule then got in a couple of defence splitting runs, that won the Kobs five tries by the end of the half. 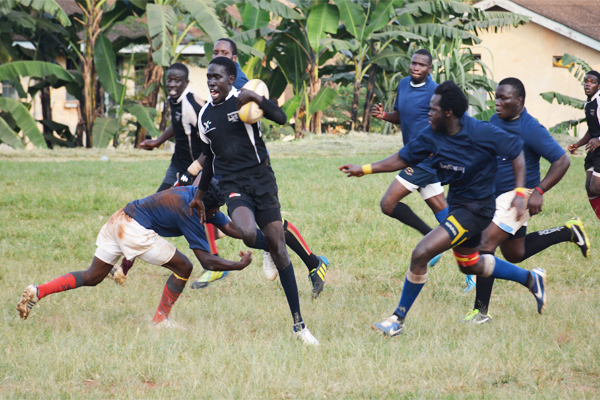 Impis’ Daniel Ortega weaves his way through the Kobs’ line

On return, the Impis looked spurred, scoring two brilliant tries, one through pocket size scrumhalf Twaha Kyomuhendo, and another well played team try, involving over 8 passes and being placed down by Chris Kamau Waweru. After this, the Kobs scored 4 more tries, including one a piece for old boys Keith Seruyange and Edrine Ssempebwa, to seal the result. 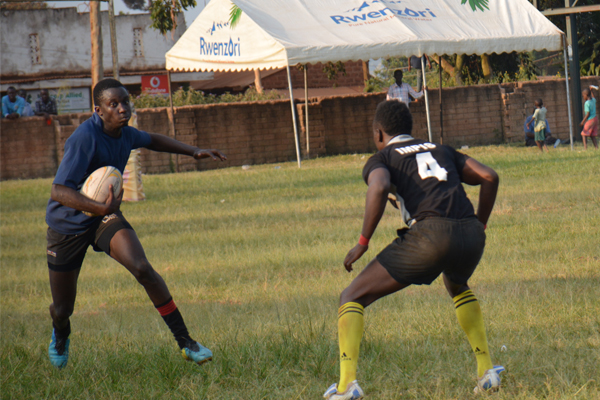 Earlier, Ivan Magomu had continued to delve in his spell of on fire form, scoring a hat-trick of tries as the pirates defeated Gulu Elephants 45-6. The fly-half backed up his superb display against Heathens last week, being at the centre of almost each Pirates’ touchdown. Undoubtedly, he was a well rewarded Man of The Match. 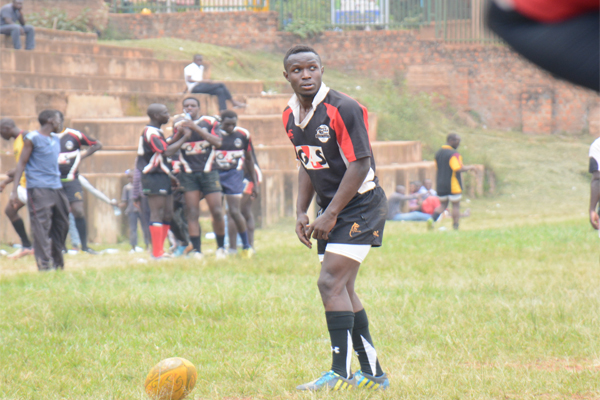 Ivan Magomu lines up a Pirate’s penalty on Saturday

The league also presented another draw, with the Ezee Money Rhinos sharing the spoils, 23-all with the Sadolin Mongers. Toyota Buffaloes beat new comers Rams 24-7 while Heathens had completed a 26-5 win over Mutoni Warriors on Friday.

The Kobs remain on top of the log, standing at 20 points, while heathens continue the trail with 16 points.