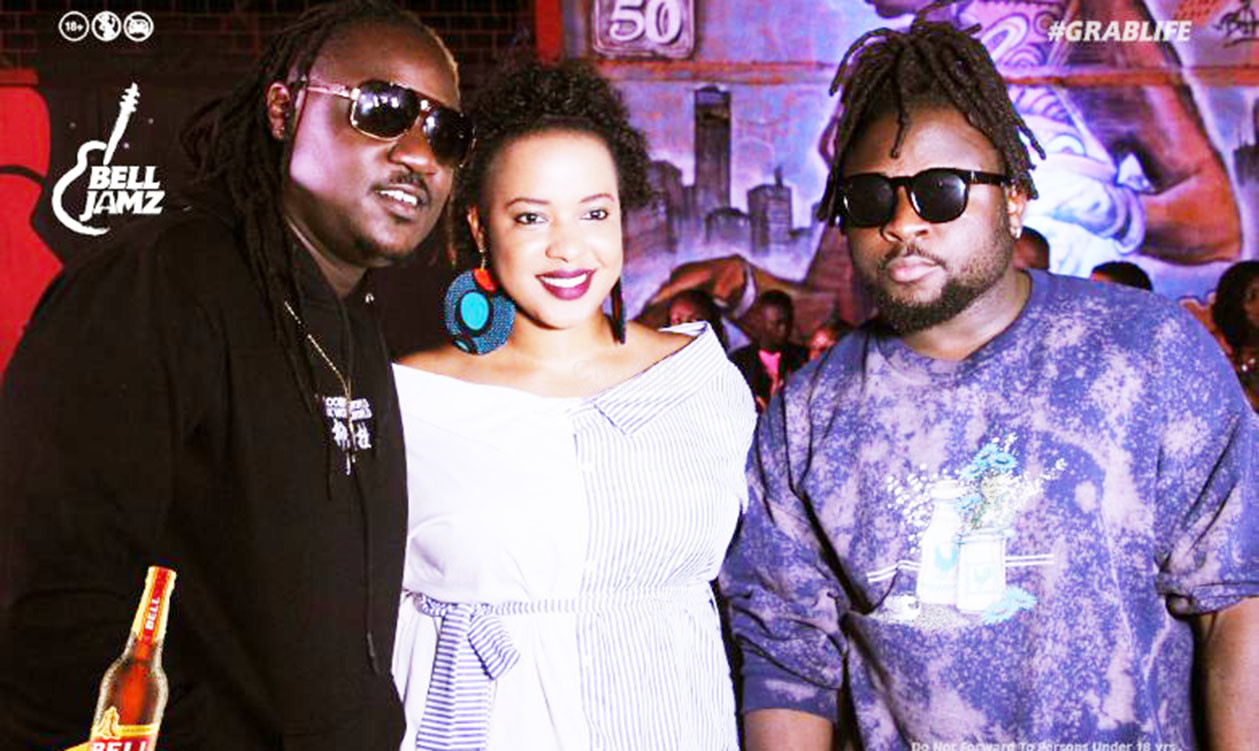 Bobi Wine is arguably the most popular Ugandan politician and musician at the moment ever since he came to prominence following his elevation to parliament from the Ghetto streets of Kamwokya where he was the president.

Following his massive victory as Kyadondo East Member of Parliament, Bobi Wine real names Robert Kyagulanyi Ssentamu has become a political force to reckon with in Uganda giving the leadership of the ruling party sleepless nights. This has also helped him rejuvenate his music career which had taken a lull as well in the recent past.

His love song ‘Kyarenga’ dominated airwaves last year and was not a surprise when fans voted the song their best of 2019. Whether it musically deserved, is a topic for another day as some observers and critics have argued it isn’t a good song but the artiste is just riding on his political clout and newly found popularity to push the song.

Guests at the Bell Jamz countdown party at Design Hub.

Among the critics who believe Kyarenga doesn’t deserve to feature among the top songs of 2019 is the honorable’s nemesis and all time rival Bebe Cool, who had just included him in his own controversial list because of the artiste’s popularity in political lines.

Bebe Cool himself did not feature anywhere among the top 20 songs voted by fans through social media. The songs were presented to the public on Friday at Design Hub in Industrial Area at a countdown party by Uganda Breweries music platform Bell Jamz. 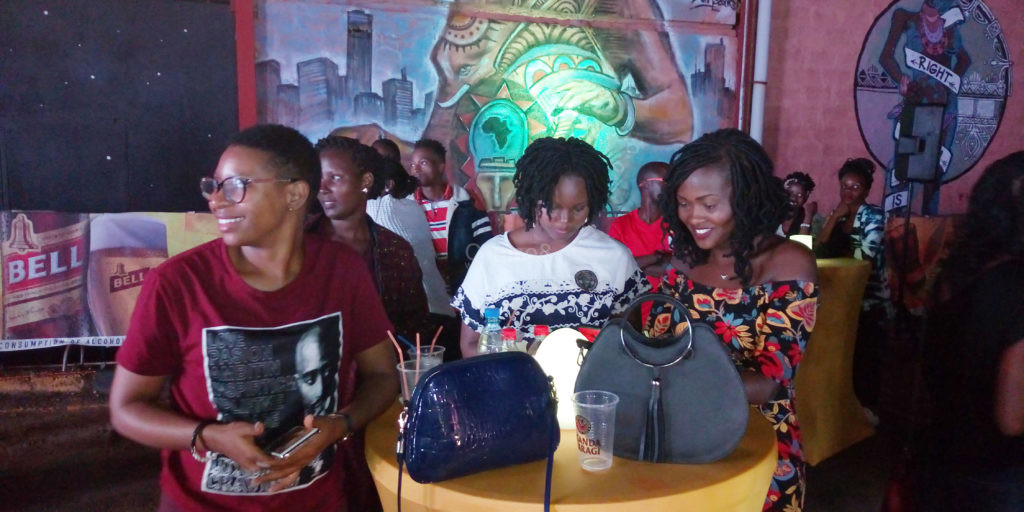 Some of the guests kept updating theri friends on social media about the songs doing well.

Bebe Cool’s absence from the top 20 was not the only talking point, as some good songs like ‘Didi Dadada’ by Apass never came close, while others not common on the airwaves like ‘Bad Energy’ by DJ Cza and Cosign, performed extremely well drawing mixed reactions among the guests invited at the countdown.

The colorful event however went well as DJ Ali Breezy and Selector Jay kicked off the evening with mega mixes of songs that were big in the last decade against those that dominated in last year. 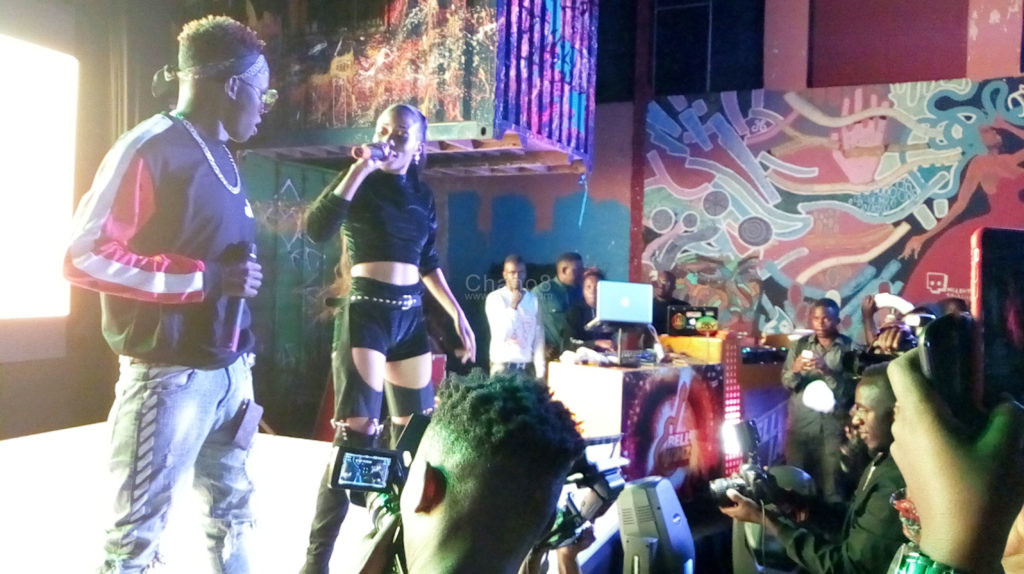 Hosts MC Kenzie and Miss Deedan kept the event flowing flawlessly with jokes and animation during the count down with only short intervals where they sort out views from the guests comprising artistes, DJs, journalists and fans.

Entertainment also came through performances from Kent and Flosso, John Blaq, Vinka and crowned by a powerful freestyle by Feffe Bussi who as usual wowed the guests with his skill in pulling off interactive freestyle rapping and poetry.

Bell larger the organizers and sponsors provided free drinks and bites as well as wireless headphones to all the guests. 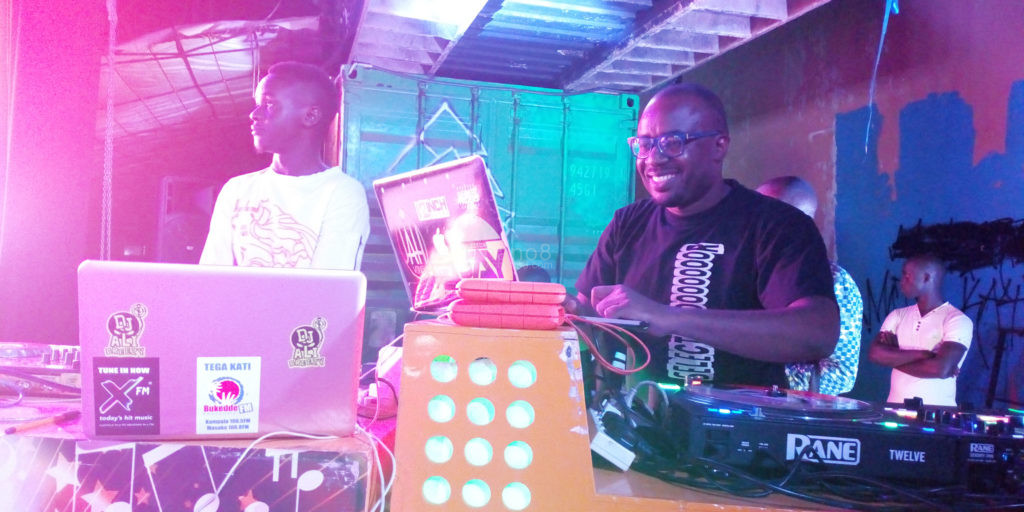 DJ Ali Breezy and Selector Jay taking the guests through the hit songs of the decade as well as last years top songs. 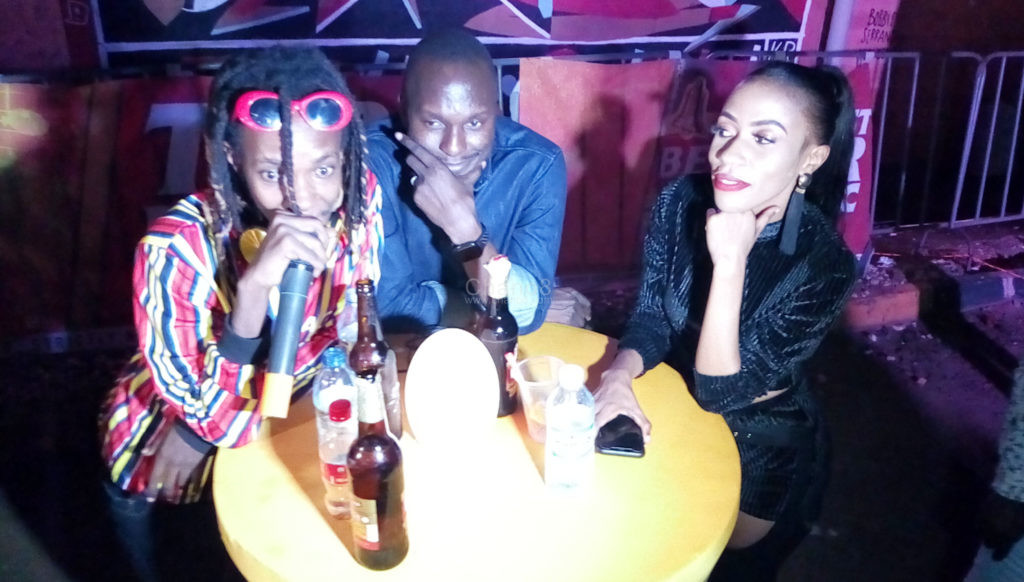 Feffe Bussi provided one of the memorable moments of the night as he did his trade-mark freestyles. 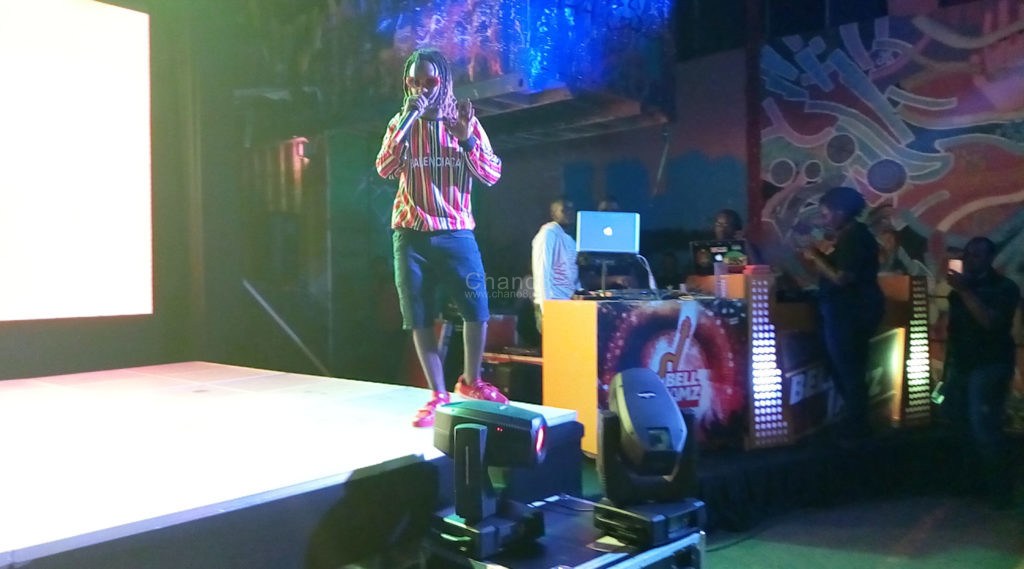