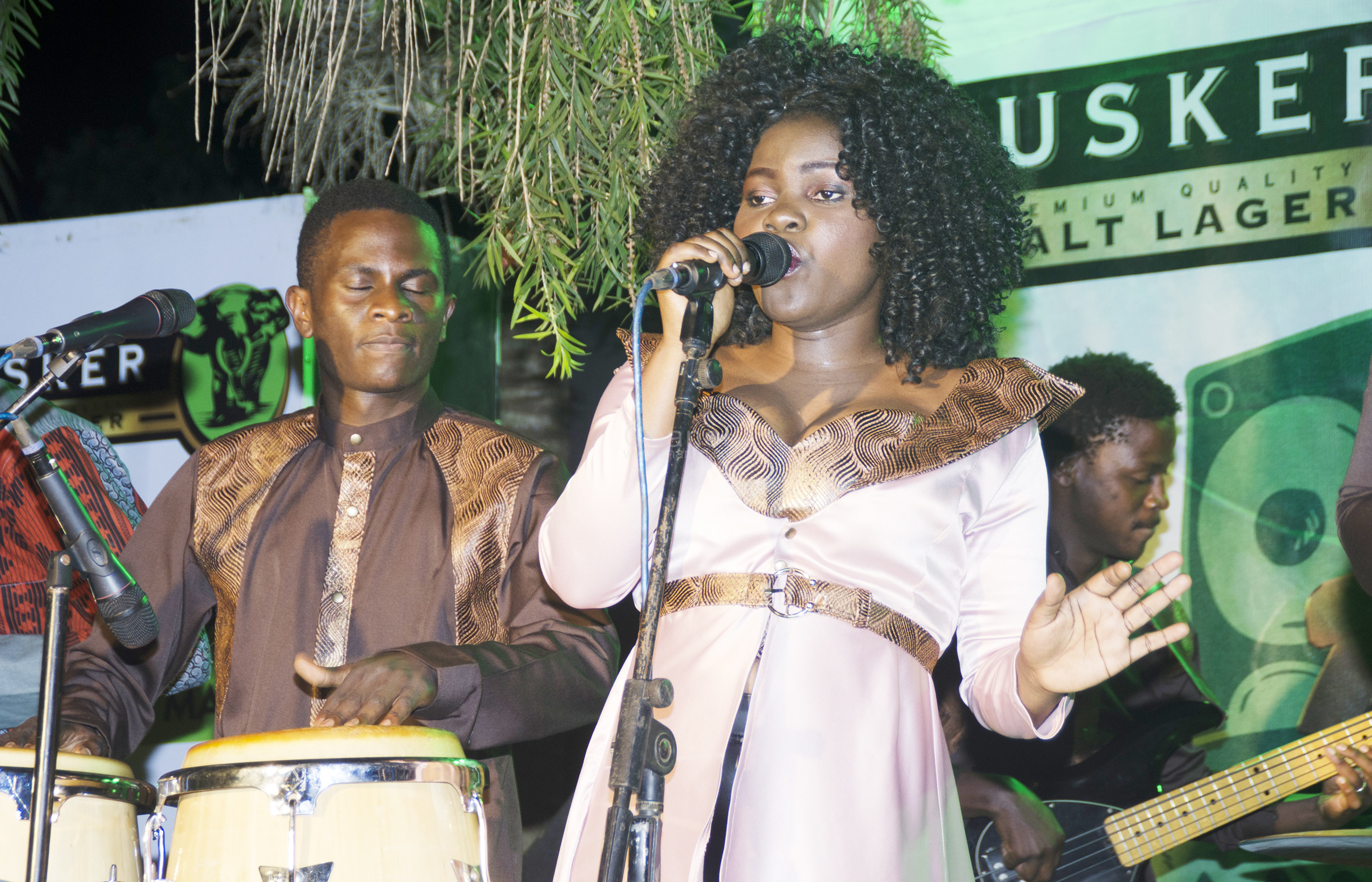 Qwela Band’s monthly AfroMix show kicked off in earnest at their new home – Terranga Bar in Bugolobi last night. The shows where they make a selection of some of the favourite sounds across Africa and perform live in their own contemporary afro mix style blended with Ugandan traditional beats and vibes.

At these shows they also get to host one of their ‘friends’ from the mainstream music circles to perform their own songs with them. Last night they had songwriter and singer Lilian Mbabazi one of the best vocalists in the land.

The show powered by Tusker Malt kicked at 8:40pm with guests taking their seats at the beautiful gardens where a colorful stage was set up as they produced some classic Afro soul hits from around the continent with Angelique Kidjo’s ‘Agolo’ and’ Wombolombo’ setting up the early tempo as vocalist Masha Davids took the lead. 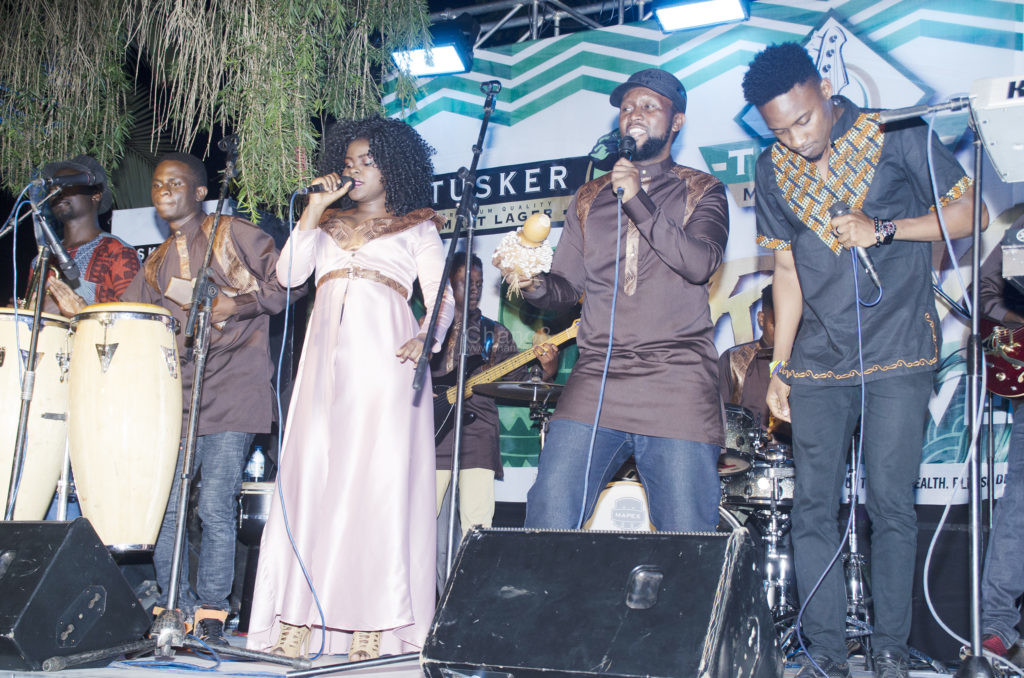 By the time the mood was fine tuned to happiness settings, the band’s leader Joe Kahiri then took over with his trade mark ‘Kiga mashed up’ Afro fusion style with as soothing song ‘Incredible’ written by Daniel Munira one of the managers of the band and his own ‘Awinyo’ a special song in Japadhola with mixed ingredients from different other flavours across the continent.

Joe dedicated this song to his old school friends particularly a one Sharon who joined him on the dance floor in dancing to the hard stepping Kiga beats.

Lilian Mbabazi then stepped on stage when the mood was officially set to party and spiced up the night with her angelic voice as she churned out her sweet Afro pop and Afro soul love ballads like ‘Kawa Kawa’, ‘Kuma Obuudde’, ‘Danger ‘and ‘Vitamin’ as she serenaded the fans who kept cheering her on. 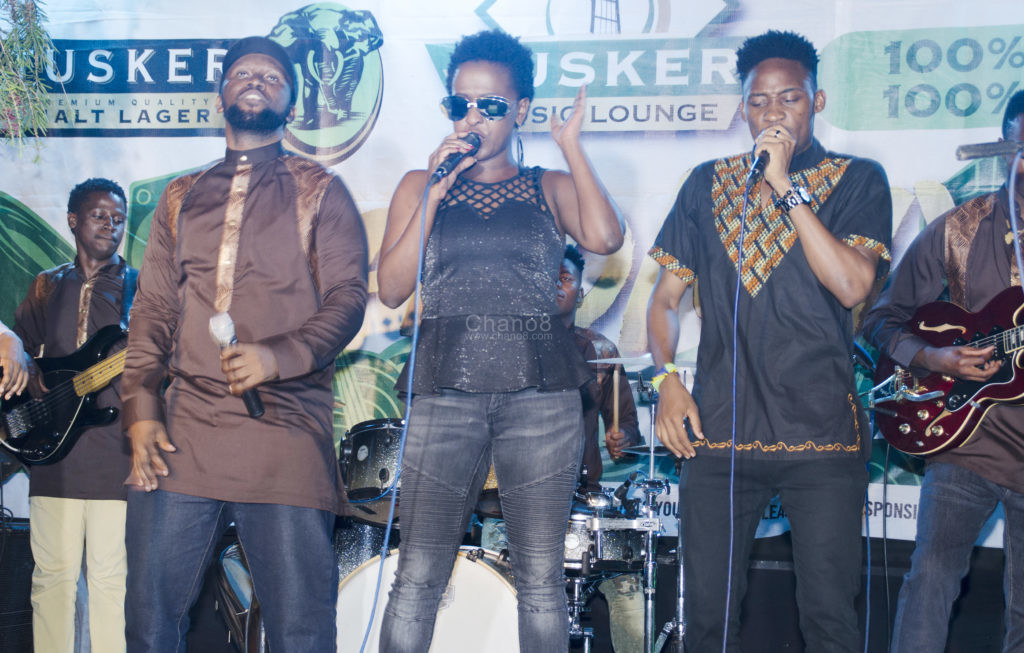 Lilian Mbabazi(C) doing her thing with Qwela Band as she spiced up the night with the angelic voice.

The band then resumed with some zouk and rumba as well as freestyle Jamaican dance hall before closing at about 1:45pm

“Tonight’s performance was perfectly balanced with 100% rhythm and 100% soul, it was beautiful and we cannot wait to bring more of these QwelaAfromix musical nights,” said Kelvin Gumisiriza, Tusker Malt Brand Rep.

For those still not in the know, “Qwela” which means ‘Pure’ in Rukiga truly lived up to its name as they presented their guests with the best of pure music against a blend of many different cultural backgrounds. They return soon for yet another doze of the same next month. 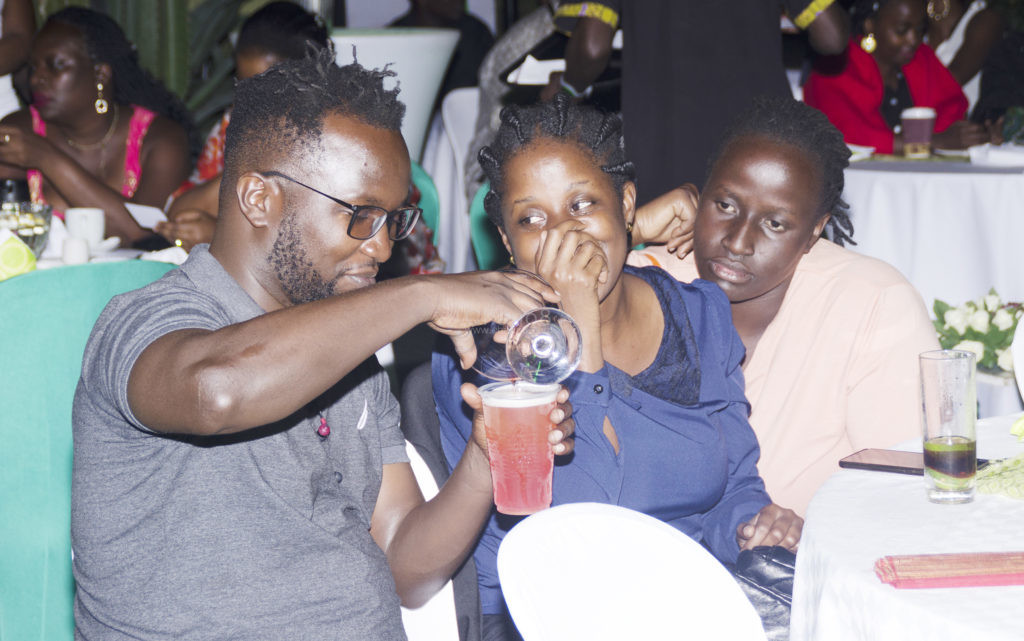 Guests enjoying themselves at the show.