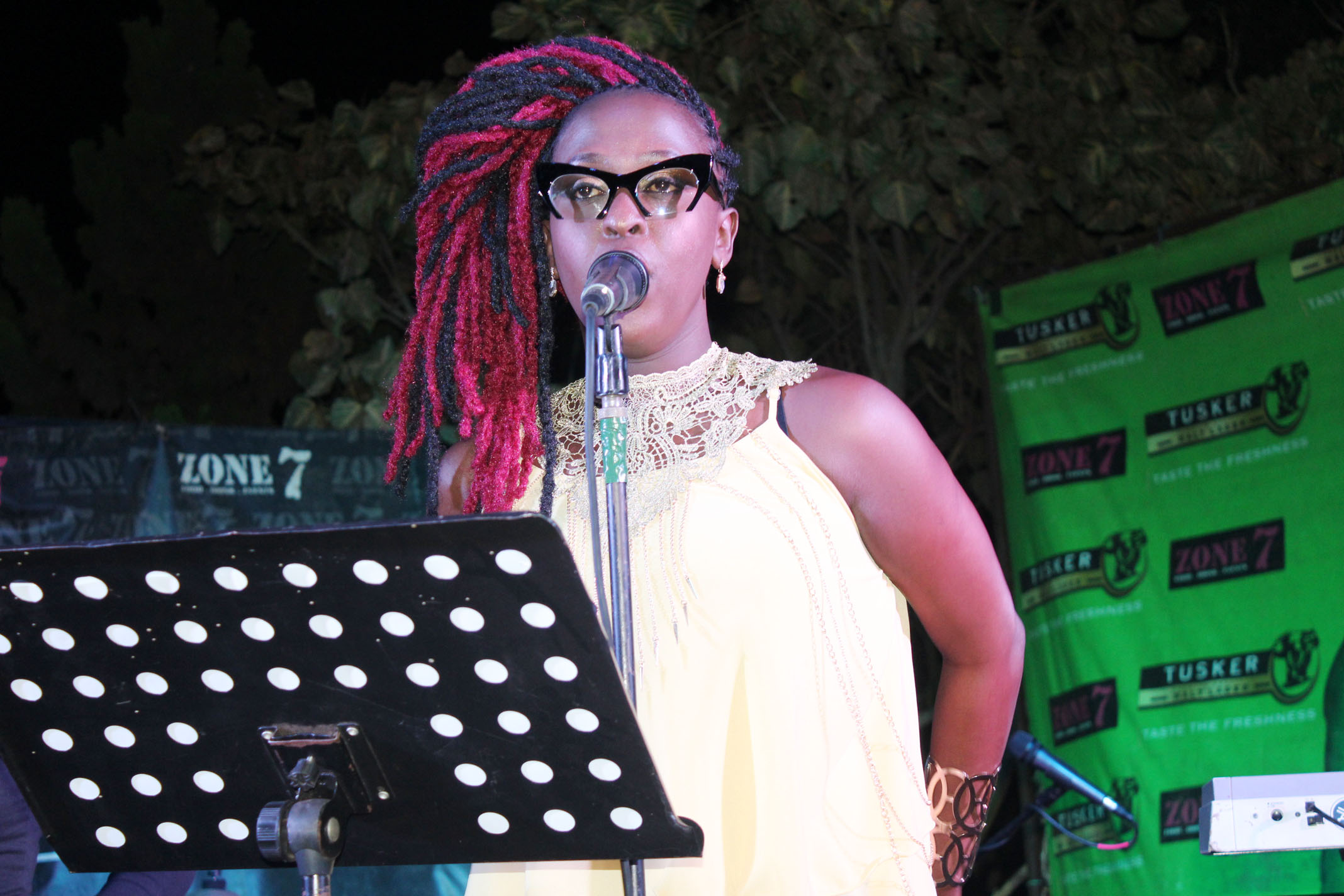 Ugandan Mellow voiced Afro-Pop and RnB singer Lilian Mbabazi and her Sundowners band returned to the mix with a big bang last night in their new home at Zone 7 in Bugolobi. The group had taken a long sabbatical to rethink and strategise as they organised something new and different for their ardent fans who had waited patiently.

Lilian who used to perform in Kololo near Kisementi looked fresh and re-energised after the break and the fans who had missed her live performances with her band eagerly waited for her to step on stage and do what she does best. The ‘family’ as the fans prefer to call themselves, had trickled in as early as 7.00pm and sat in groups enjoying their drinks and ‘catching up’. 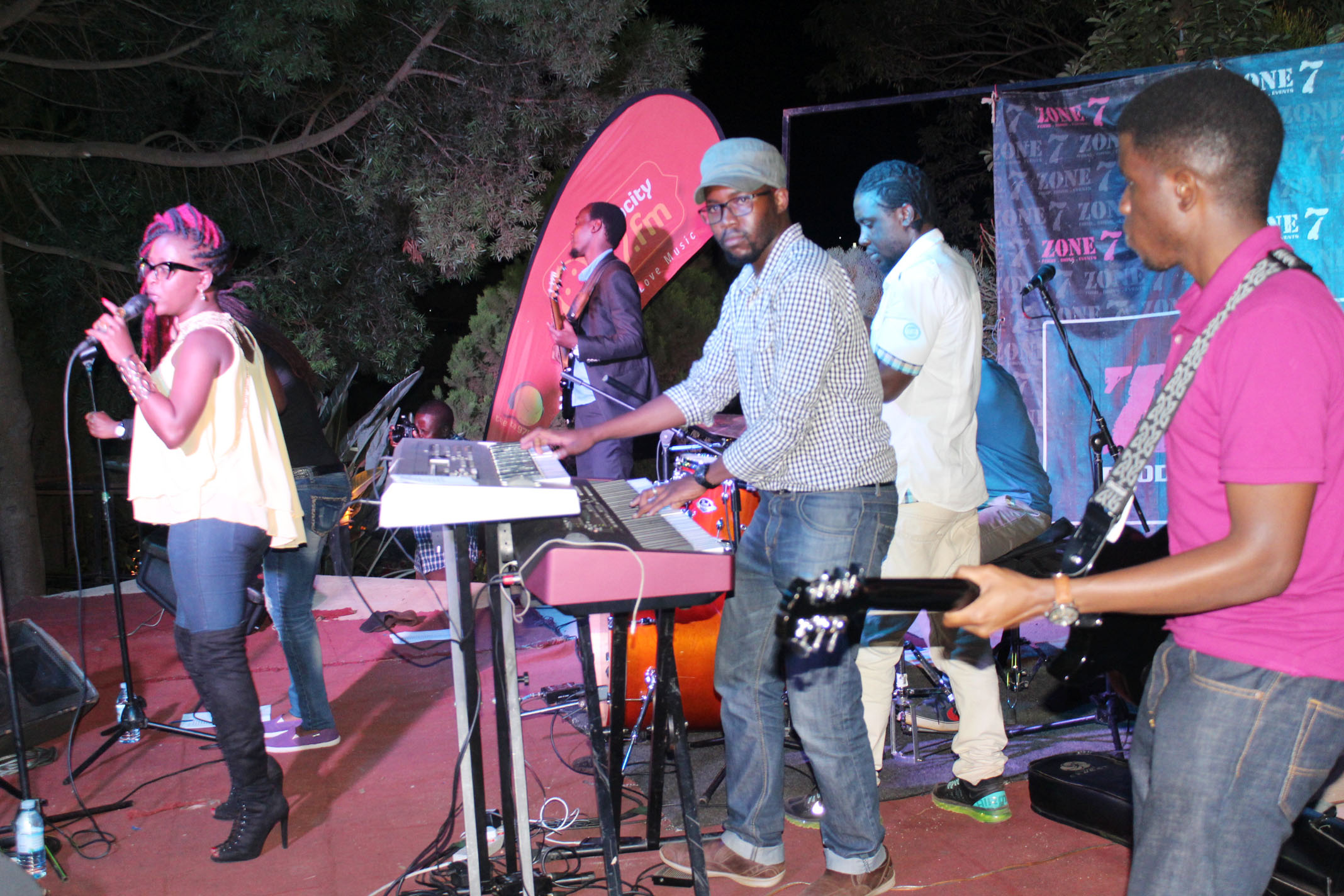 Lilian and the Sundowners doing it live at Zone 7

And so when it was a few minutes to 10.00pm, the Sundowners band warmed for her the stage as she settled with her long time friend Karitas Karisimbi and had a chance to look at the fair crowd in close proximity as she sat at a table near the front of the audience.

However she could not wait any longer as it was obvious she was eager to step on stage wanted this return so badly, you could also tell she had missed her fans for long –a period that seemed like eternity. Therefore she went straight to business after exchanging hi-fives with the band members and greeting the fans.

With a rich vocal range that can send chills through the spines of even the meanest of haters, she got about with the task of pouring her sweet melodies into the microphone while expressing her innermost feelings to that ‘special person’. Kick-starting the evening with her own composition ‘Africa Jump Around’, Lilian performed a mix of covers from great artistes around the globe and her very own original compositions as well as songs she did with her former girl group Blu*3 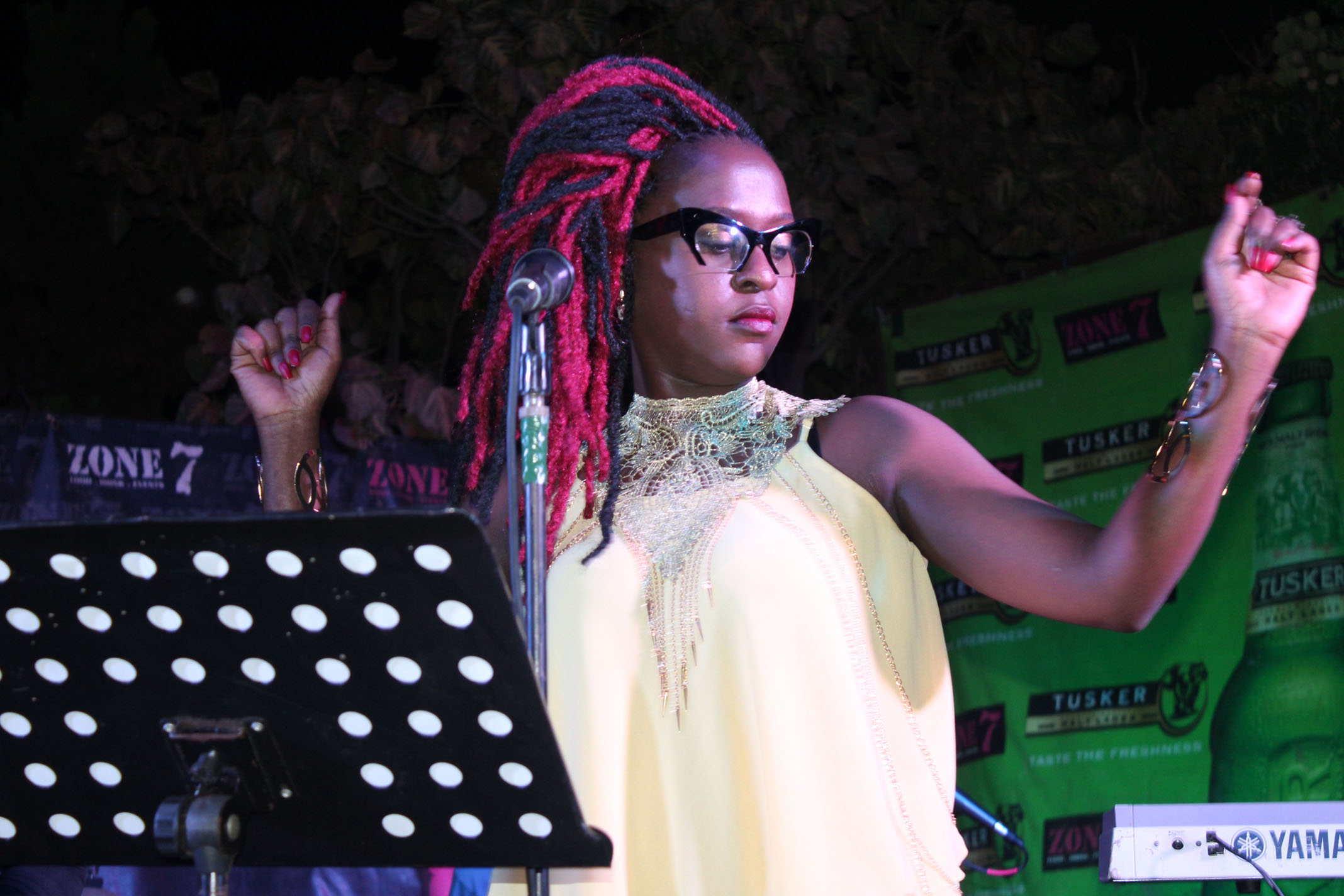 Lilian put up a solid performance

She performed songs like ‘Kuma Obudde’,’Yeggwe Weka’, ‘Kankutwale’ and ‘Simple Girl’ in the first session spicing it up with covers like Could it be you(H*Wood),Bootylicious (Destiny’s Child) and many others before thanking her sponsors Radiocity, SMS ONE, Chano8 Magazine, Matooke Republic, Deuces Entertainment Group(DEG) and Zone 7.

It was now time to take the fans back through memory lane as she went back to ‘Where it all started’ with some of the favourite songs from her Blu*3 days like ‘Nsanyuka Nawe’, ‘Where you Are’, and ‘Hitaji’ to the excitement of the fans who could not resist to shake it off with others singing and cheering along.

She then raised the tempo with K and ‘Ontelezza’ before unleashing her new release ‘Yoola’ which she performed twice and then invited a fan Ronny to join her on stage to sing along as they did ‘Danger’. She concluded the evenings proceedings with ‘Vitamin and then Memories and by this time, almost the whole audience was on their feet. 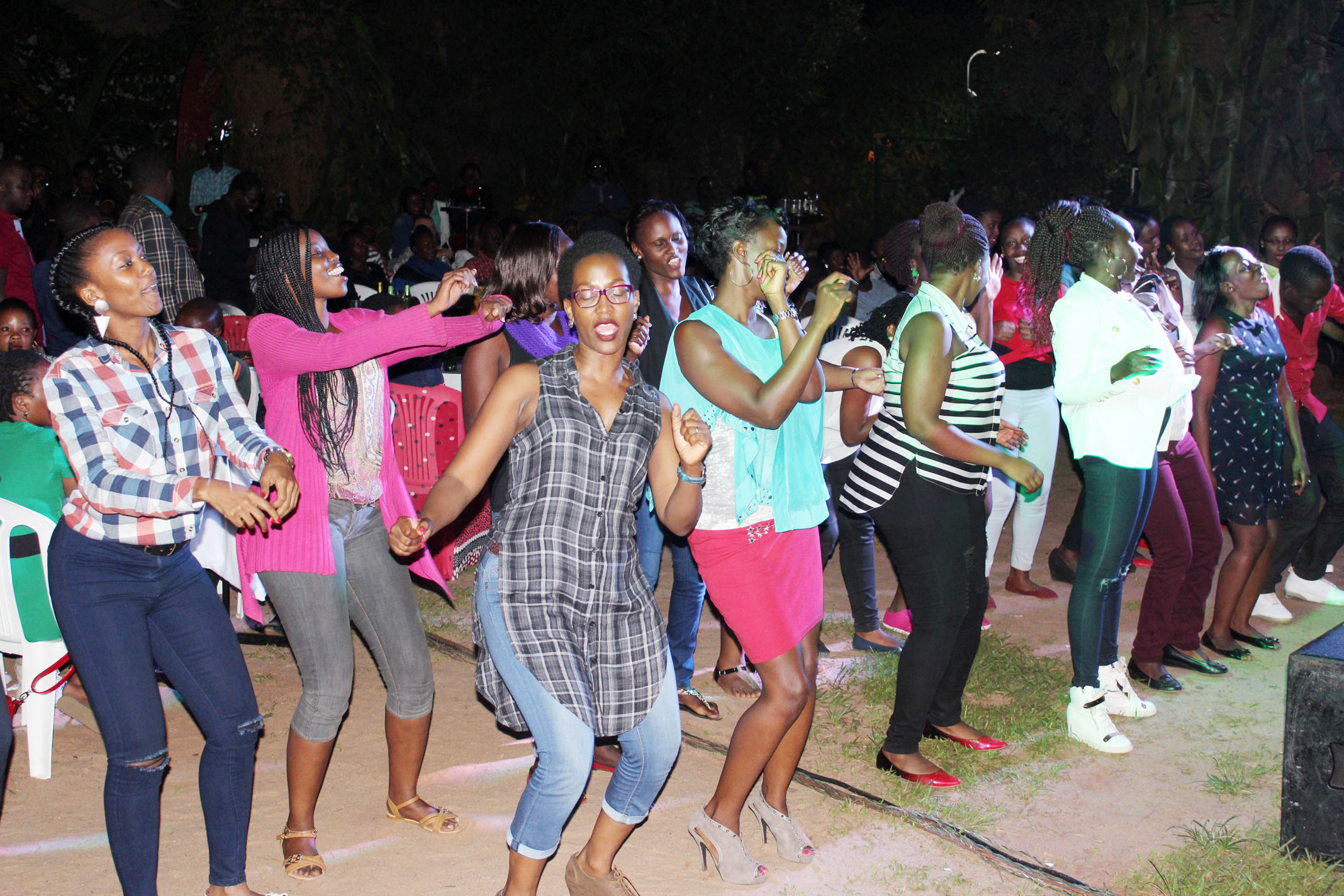 The excited fans doing the shaffle 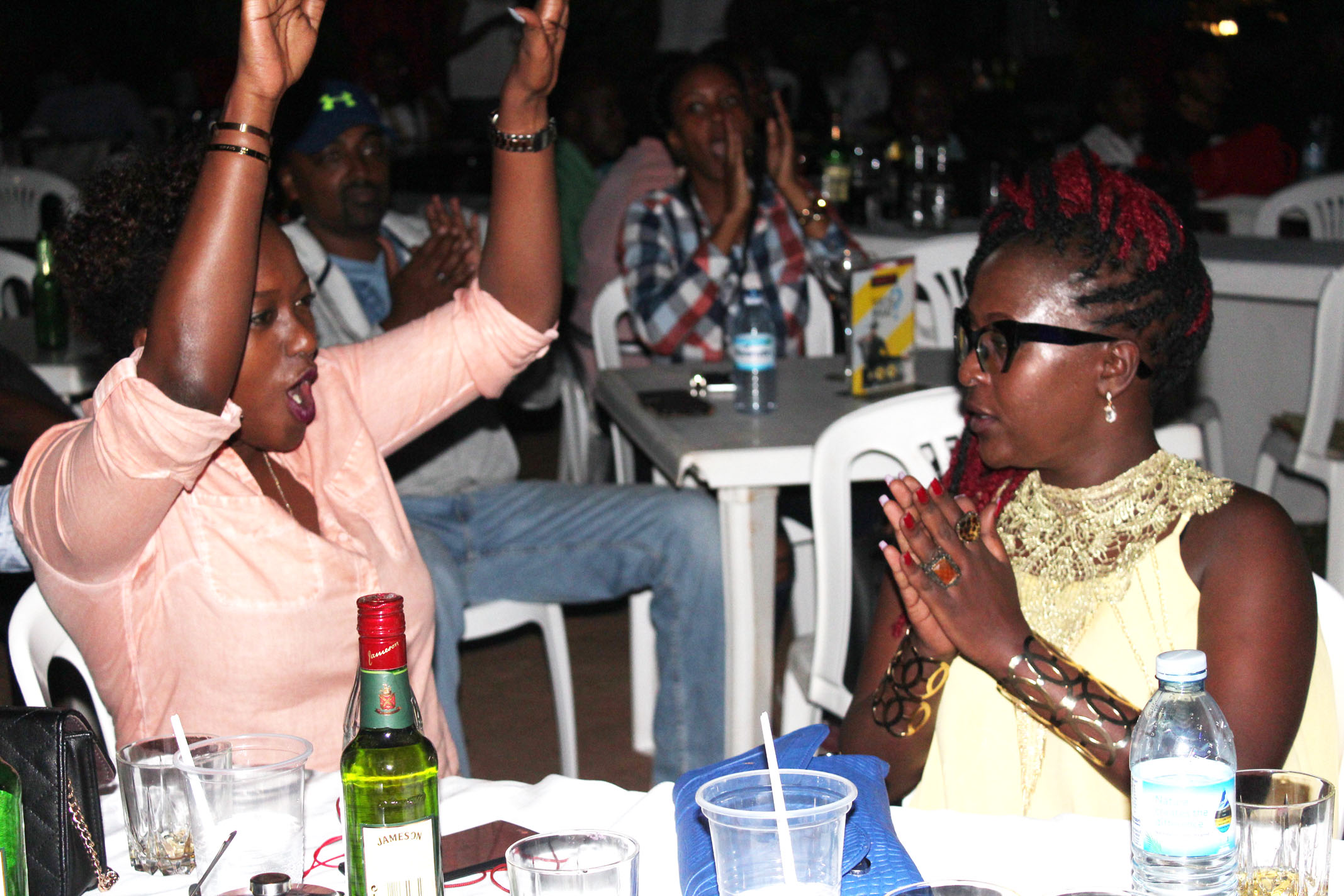 She then waved goodnight at around midnight with some reggae and variety fusions that left the crowd in the moods of dancing till morning. Lilian and The Sundowners will now perform at Zone 7 every Friday. 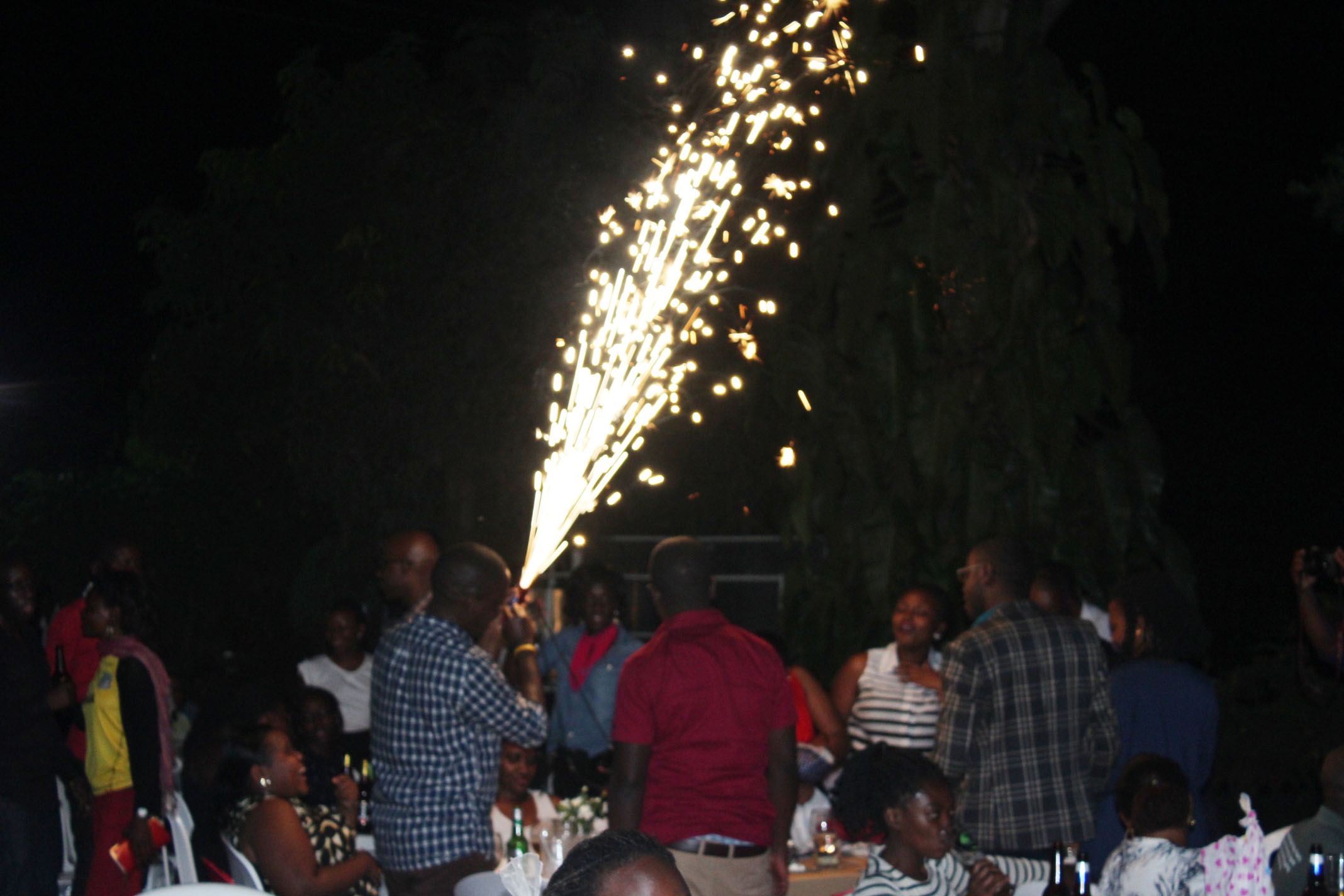 And the celebrations continued till late in the night