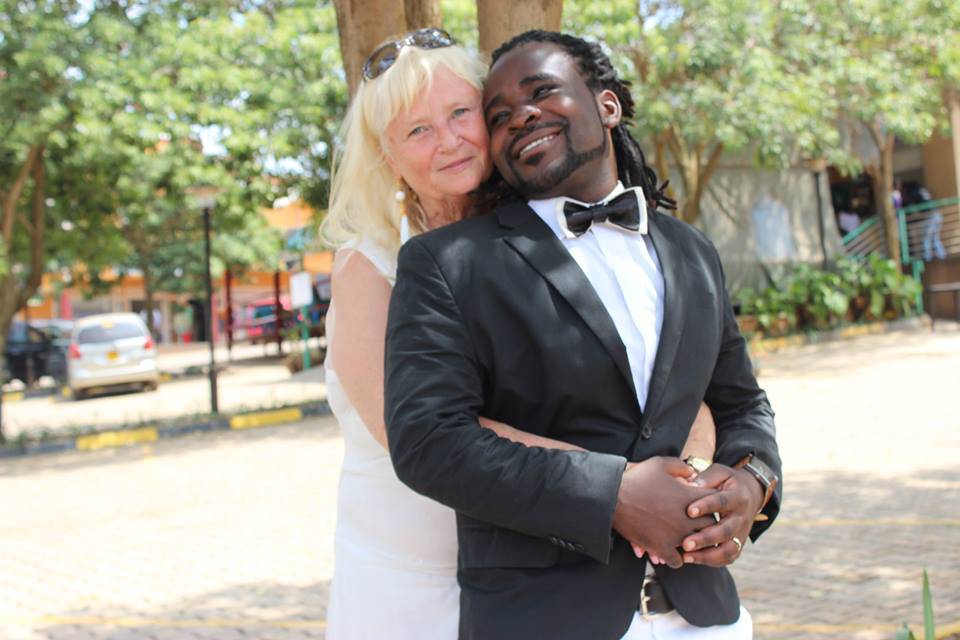 About two years ago, social media, main stream newspapers and TVs went ablaze with news that a 26 year old Ugandan musician had married a 68 year old white lady (Mona-Lisa Larsson). The news spread to the rest of the African countries with many saying his actions are a shame to the youths.

The Leone Island musician turned a blind eye to the critics saying the Swedish lady was the love of his life and it was not long when the couple decided to settle in Sweden where the lady comes from. The relationship was smooth in the first days but after three months, the musician packed up his bags and left to Norway, abandoning his marital home.

Lisa cursed, cried and begged for Guvnor Ace’s return but to no avail as he had already settled with another much young woman.

In a bid to revenge his ex-lover, Mona-Lisa came back to where it all started from. Immediately she had come back to Uganda, she also got herself a young boy known as Aziz to replace her former boyfriend. 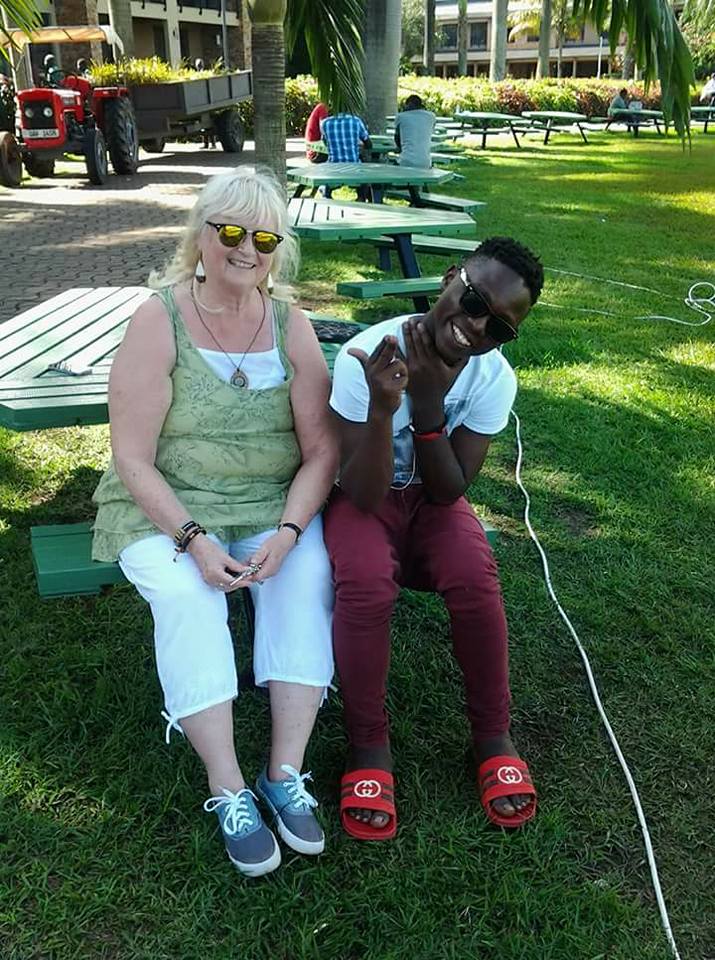 The two appeared on Bukedde TV a few days ago but unlike Guvnor Ace, Aziz plainly said that he was into the relationship for financial purposes. He however said this in Luganda, a language she doesn’t understand.

On hearing that Lisa was in another relationship, Guvnor Ace responded that he has no ex and that Lisa was just a project for two months.

“Banaye nze silina ex that was a project for just two months ela bweyagwa we had to seal the contract,” he said.

But in legal terms, Lisa is still married to Guvnor Ace and if both want to go their separate ways, they have to go to the courts of law and do have a divorce. 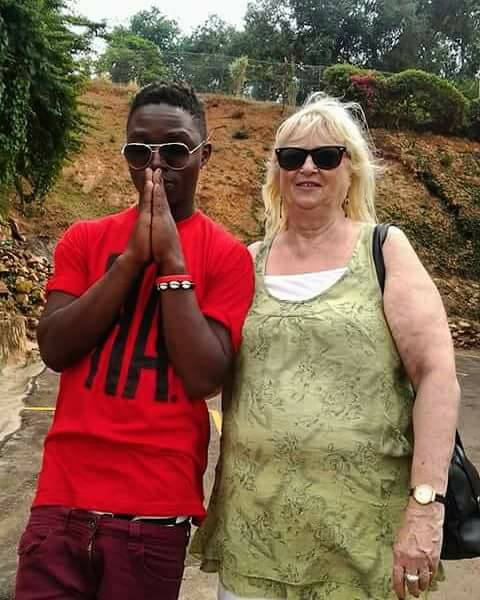 Lisa and Aziz slaying it