A clip of a ‘Monster maid’ torturing a 2-year old baby in a Naalya home was released over the weekend and has since caused a lot of stir on social media after it went viral on internet hitting over 95,000 views in re-uploaded videos.

In the moving (graphical) video, a maid Jolly Tumuhiirwe, 22,  who was according to reports  secretly recorded by her bosses on a CCTV camera, is seen torturing a 2-year-old baby Arnella Kamanzi. She forcefully feeds the baby, batters the Baby repeatedly with a torch, slaps, kicks and stamps on her back with all her weight.

Since then debate has been going on about the video on social and main stream media. Some sections of the public are even disputing the authenticity of the video. We have selected a few reactions from the so called ‘local celebrities’ expressing their views.

In 26 days, 22yr old maid Jolly Tumuhirwe did to baby Arnella kamanzi what any parent would never wish to happen, even to their enemies. How you stuff food, beat with a torch, slam and trample on a defenseless, harmless child is despicable! Not all maids are bad,however this is an eye opener and reminder that house helpers can be saints and terrorists in your household. Take time to do background checks. Meanwhile Eric Kamanzi you are a very patient man, you even had time to go to Kiwatule police..eeh thats super self control! I will not post what I would have done on November 13th if I was in your shoes. Eric and Angela Mbabazi thanks for sharing the video on social media,seeing is believing. Over to you Jolly, see you in court Dec 8th.

Kindly post this again and again, and please call for help from the whole world to fight the abuse of childrenz rights. Let’s call for action against the abuser. thank you. I saw it on agatalikonfufu but I think they got it from another network since it had no info 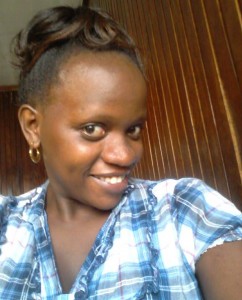 Naye Ugandans with being diversionary! What is so unusual with the maid’s actions? Some kids are hard-headed and illmannered, they deserve to be beaten back to sense. Mbu charged with attempted murder, is a touch a deadly weapon? Only wasting taxpayer’s money! Why do u go in marriage and put the burden of raising ur kid on another person? Mothers and fathers shd own up to their responsibility! Nothing the maid did is unusual, who has bothered to ask for a wage-little pay stirs up anger! May be the man of the house wanted to mount her! May be the lady of the house is cruel! Perharps the kid is illmannered! A few hitting with a touch to raise such alarm!!! I think we ought to be objective…Lets hear her out!!!

This is the baby that was burtaly beaten by the said maid, they are conflicting reports about her well being.

Do you guys know that wild animals like Lions, Leopards, Elephants even Snakes cant kill a baby?

I hear the maid was remanded to Luzira Prison. But we shouldnt run to criminalizing maids because every post i read on facebook now is demonizing maids.

There are so many loving, supporting and caring maids in Uganda. Actually there kids who have a special attachments with their maids than their parents because their parents are rarely home. As a single parent i can tastify to that and actually one of the Companies i started handles house keepers, so we should not look at maids like Murderers but this is a WAKE UP CALL to parents and i think the said maid should be transfered from Luzira to Butabika, to me she needs mental help, no sane human being can do that others wise at the moment she belongs to the Interahamwe. 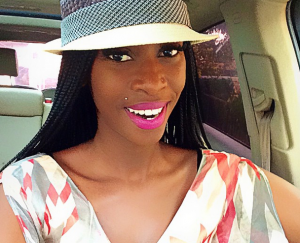 That incident happened last Friday. This video was released yesterday. Baby had been taken for several checkups. Forget the “attention seekers”.‪#‎KeepPrayingForHer