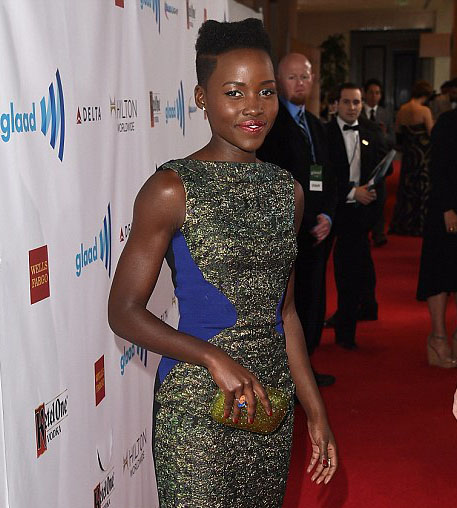 Lupita who was clad in a Grace Jones inspired flat top,looked stunning in the event that was also graced by Naomi Campbell and Jennifer Lopez.

wards are aimed at supporting LGBT rights, and Lupita’s attendance really makes a big statement especially considering the fact that she comes from a country and region where homosexuality is a turbo and also a crime in countries like Uganda where the Anti homosexuality bill has just been passed into law.

The law makes the practice illegal and punishable even to those who know but do not report culprits to authorities. Kenya where Lupita comes from, could follow suit. We are yet to get any response from anti-gay campaigners against Lupita’s latest move.

Meanwhile, Jennifer Lopez has been honoured at the same event celebrating positive portrayals of the gay, lesbian, bisexual and transgender community in the media.

The 44-year-old received the Vanguard Award at the Glaad Media awards in Los Angeles for her advocacy of gay rights.

She was also recognised for her role as executive producer on The Fosters, a US drama series about a lesbian couple.

The American Idol judge paid tribute to her “loyal” GLBT fans for being “always on the floor and in my heart”.

“If I do anything that makes one child out there feel empowered… my dream has come true,” she told an audience at the Beverly Hilton Hotel. 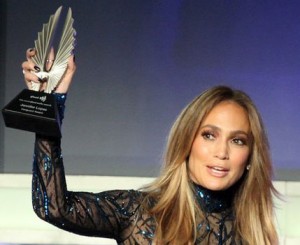