Oscar award winning actress Lupita Nyong’o is in the country not to visit but as a cast in a movie called “Queen of Katwe”.

The Kenyan born will be the lead actress in this awesome movie about a Ugandan chess genius, who travelled across the globe to exhibit her talent.

The 12 years a slave star, shared a picture Mira Nair and captioned it,

‘From 6000 pearls to just 1: Uganda, Excited to be back in East Africa to with #MiraNair on #QueenOfKatwe.’ 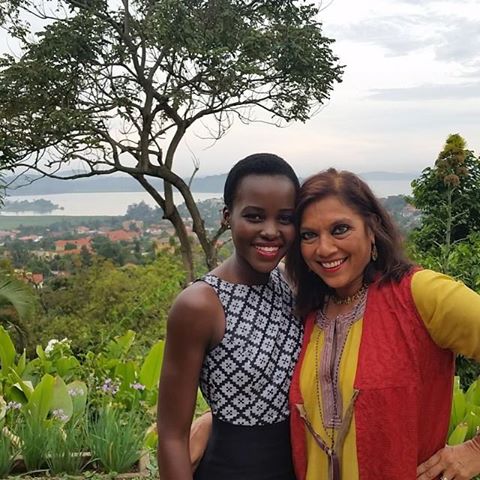 Queen of Katwe will be based on the life of Fiona Mutesi a Ugandan teenage girl who grew up on the streets of Katwe playing chess since her childhood and because of that, she has travelled and met prominent people like Gary Kasparov, the greatest chess player ever, Bill Gates, Bill Clinton among others.