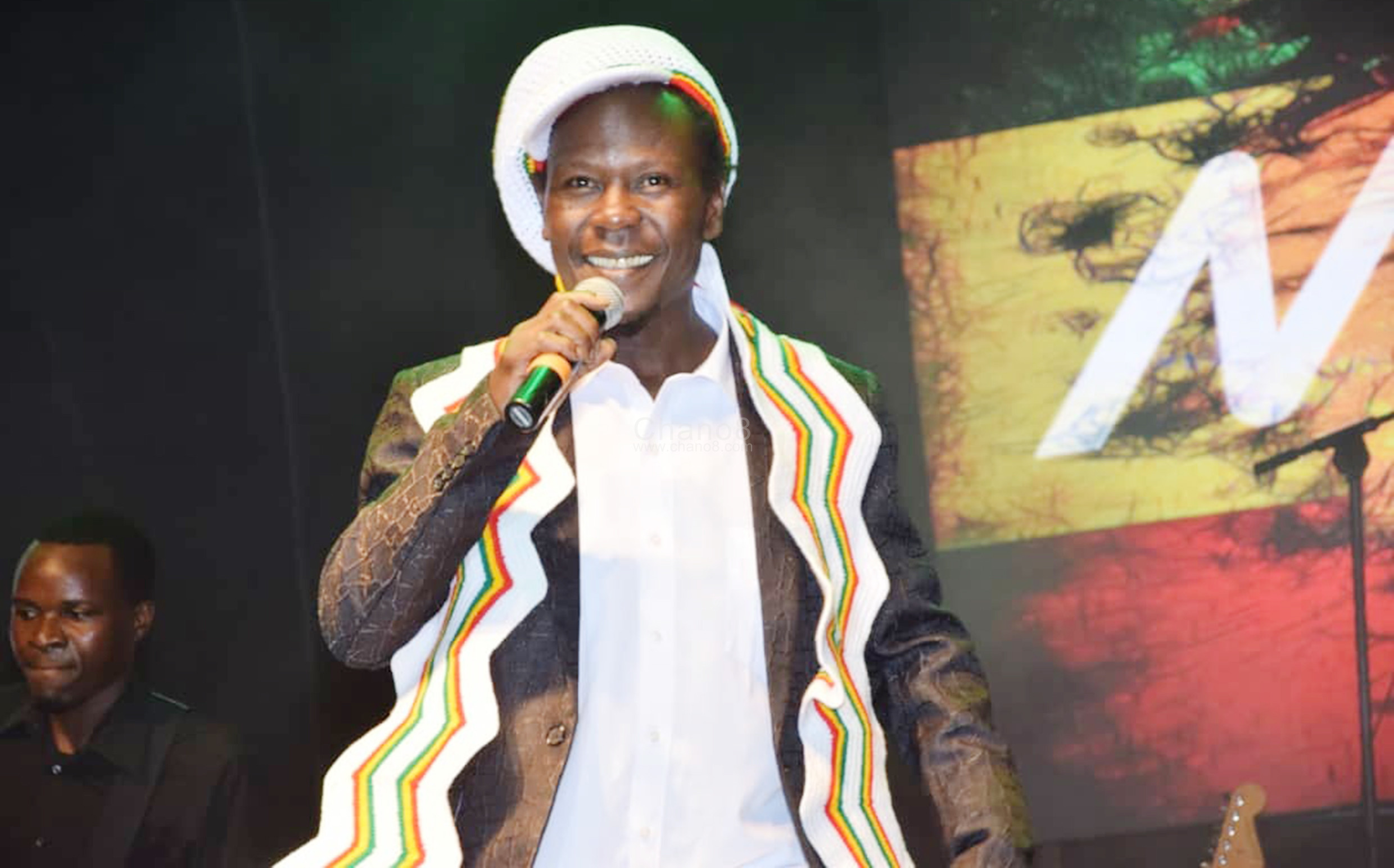 It was a befitting closure to an exciting show by one of the most loved for a legendary performance from one of Uganda’s legends last night as Bobi Wine made a cameo appearance at the end to shut down the concert in style.

Maddox Ssemanda Sematimba had promised his fans a massive performance –in fact 3 times bigger than the previous one he held at Imperial Royal Hotel some time back and indeed he delivered as promised but no one expected the show to end in an exhilaration fashion as Bobi Wine jumped on stage towards the end as the Raggae maestro was performing his crowd favourite hit song ‘Namagembe’.

Bobi grabbed the microphone and the crowd went wild. The defeating ululations could be heard echoing as far as Mukono and other neighbouring districts. He sang the last verse and his own version of the crowd generating even more cheers that turned into shows and all sorts of yelling from the now frenzied crowd that all got up on their feet dancing and throwing hands in the air as if receiving holy spirit from heaven. 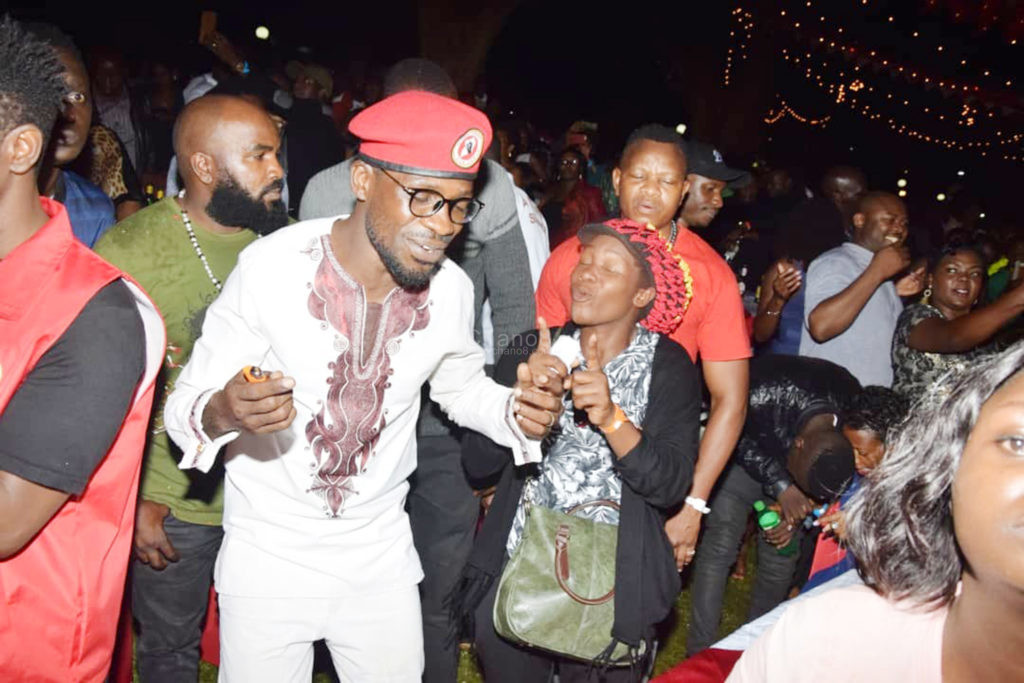 And within seconds, everything went mute- end of the show and the authorities swung into action making sure there was no other bit of sound heard again. Time check, 11:45pm and the fans stood still expecting more of the action which was never going to be.

Much as the fans yearned for more, Maddox had already out done himself with yet another flawless performance with a careful selection of songs on the lineup just as the crowd loved it and he served it hot and easy with all the necessary ingredients added from sound to stage and perfect instrumentation.

The Reggae star turned Sheraton Gardens into a mega ensemble of a jolly choir as 95% of the crowd knew the songs and sang along word for word accompanied by those universal knee-high reggae dance moves. 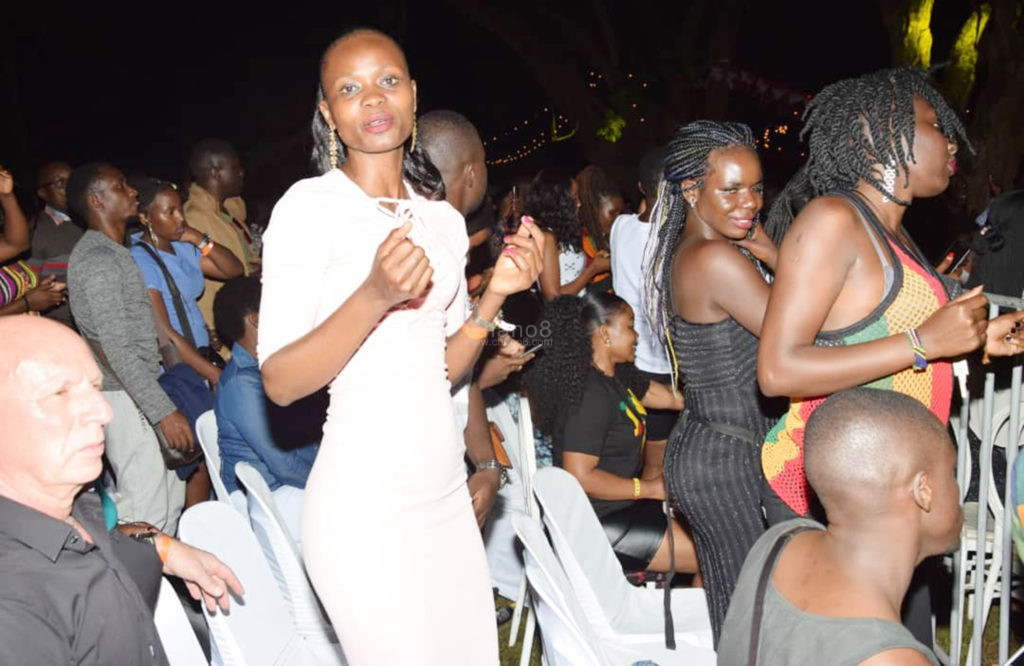 The fans danced and sang along through out the show.

Songs like ‘Kampala’, ‘Eddembe’, ‘Easy’, ‘Leka Nkulage’, ‘Nakatudde’, ‘Wowooto’, ‘Irene’, ‘Muna Kyalo’ and the ‘Namagembe’ which tell everyday life stories which powerful messages, make the fans easily relate and therefore feel the songs are their own. And the man of the night delivered as expected alongside the smartly dressed B5 band. Even the drizzle couldn’t force the crowd to move an inch. 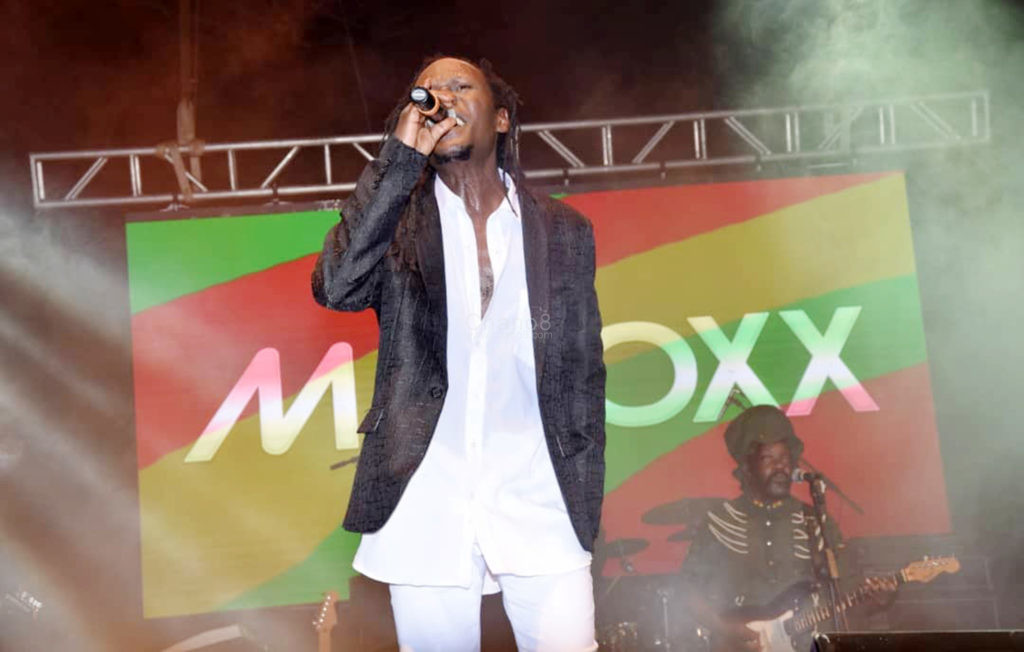 Maddox sings out his heart for his fans as he serves the best once again. 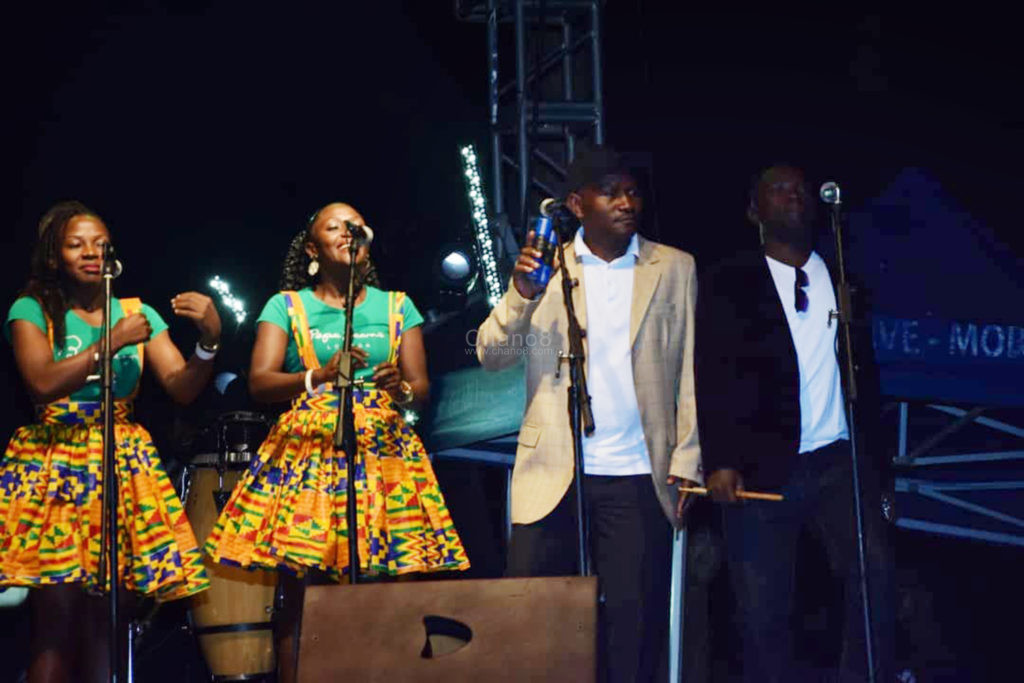 The backup artistes too did a good job.

Although the earlier curtain raisers were threatening to make it a dull night, the likes of Spice Diana and Henry Tigan kept them awake in interludes till the big man stepped on stage. The latter bringing back memories with some of his hit songs that rocked the air waves in early 2000’s

The event organized by Sprout Media and sponsored by Pilsner was largely successful with a few glitches here and there although confusion at the entrances and ticketing spots almost caused disruptions, inconveniences and delays. Media personnel who had turned up to cover the event were also tossed up and down before being cleared that got some enraged. 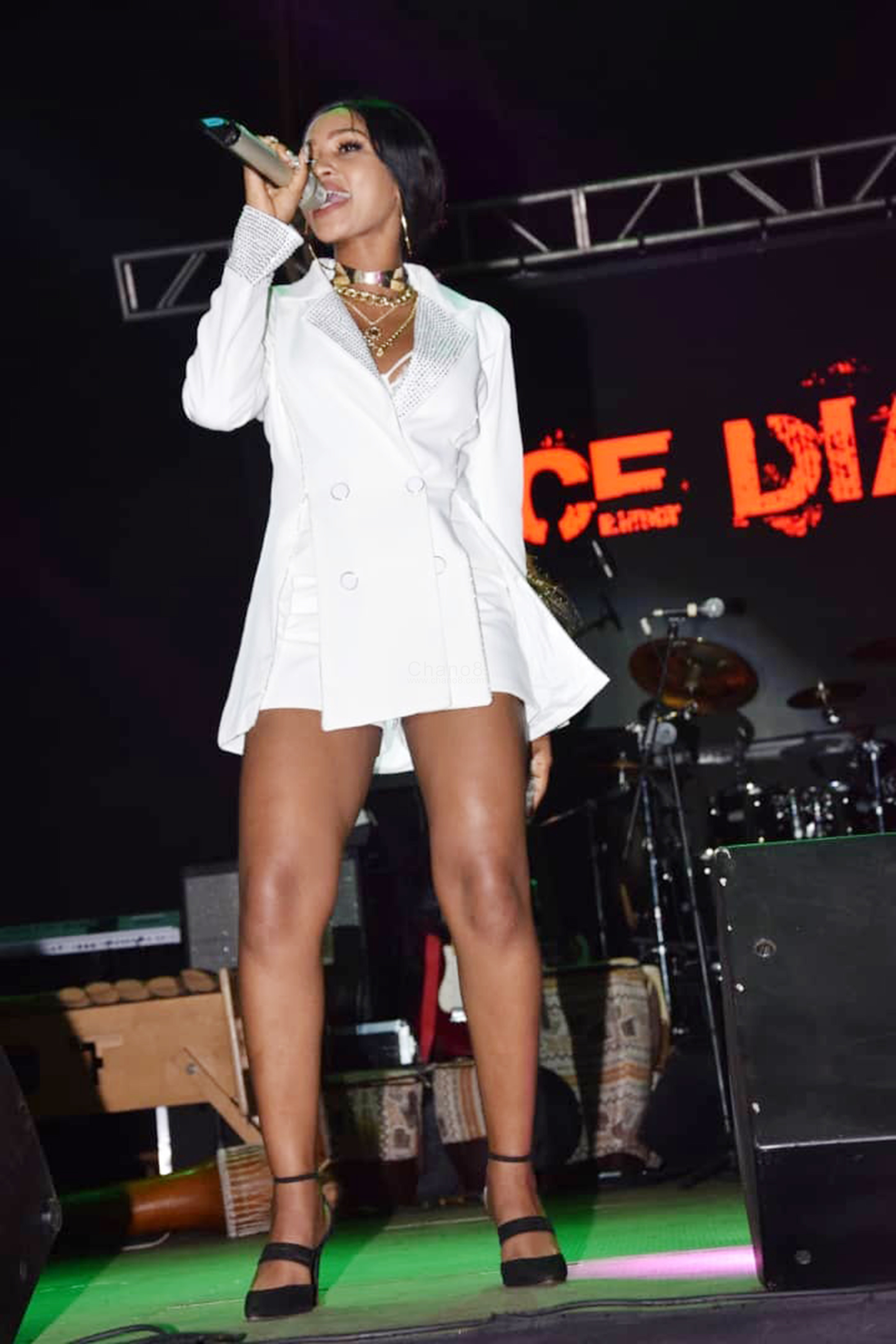 Spice Diana brought some life in the show as some of the earlier curtain raisers threatened to make it dull. 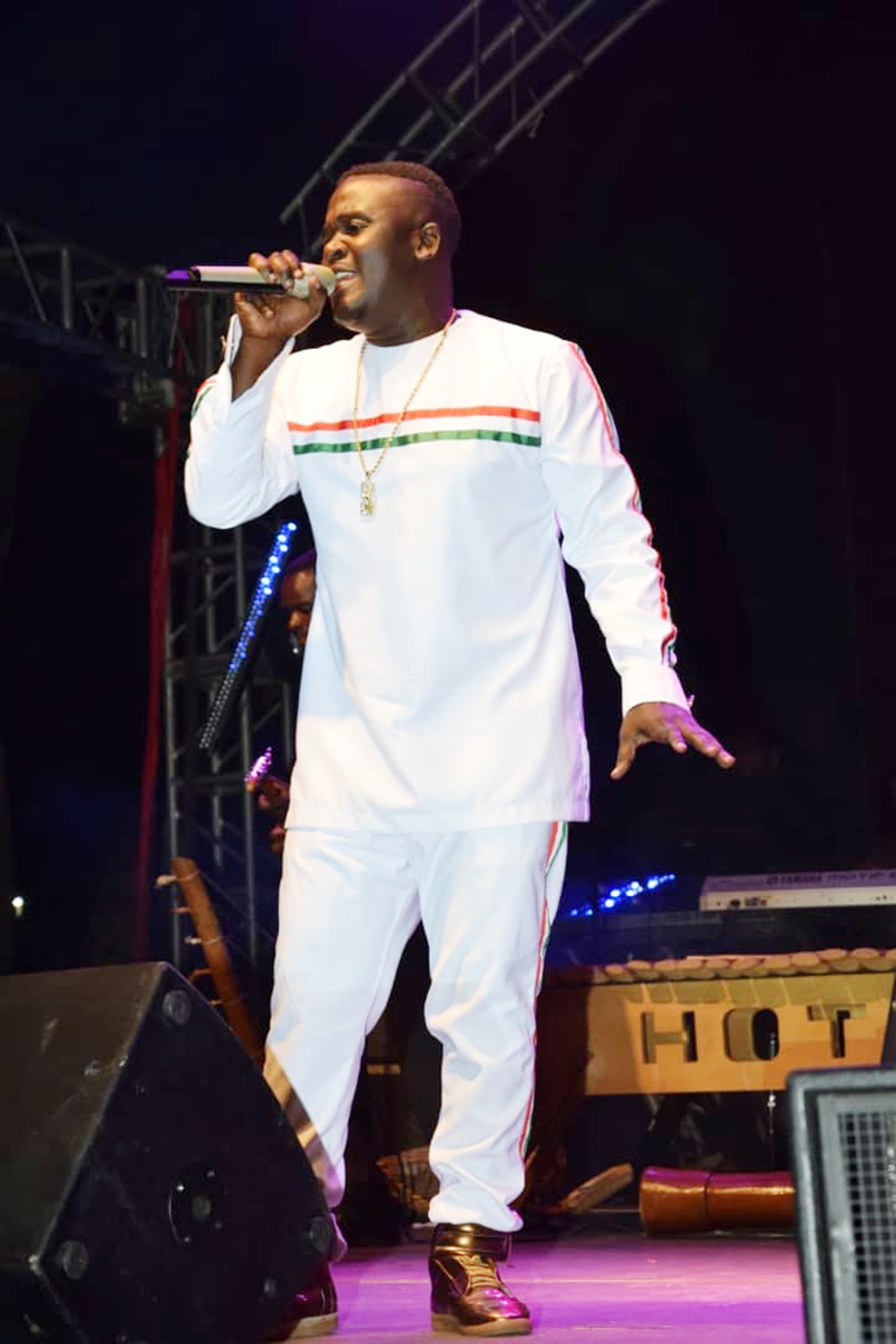 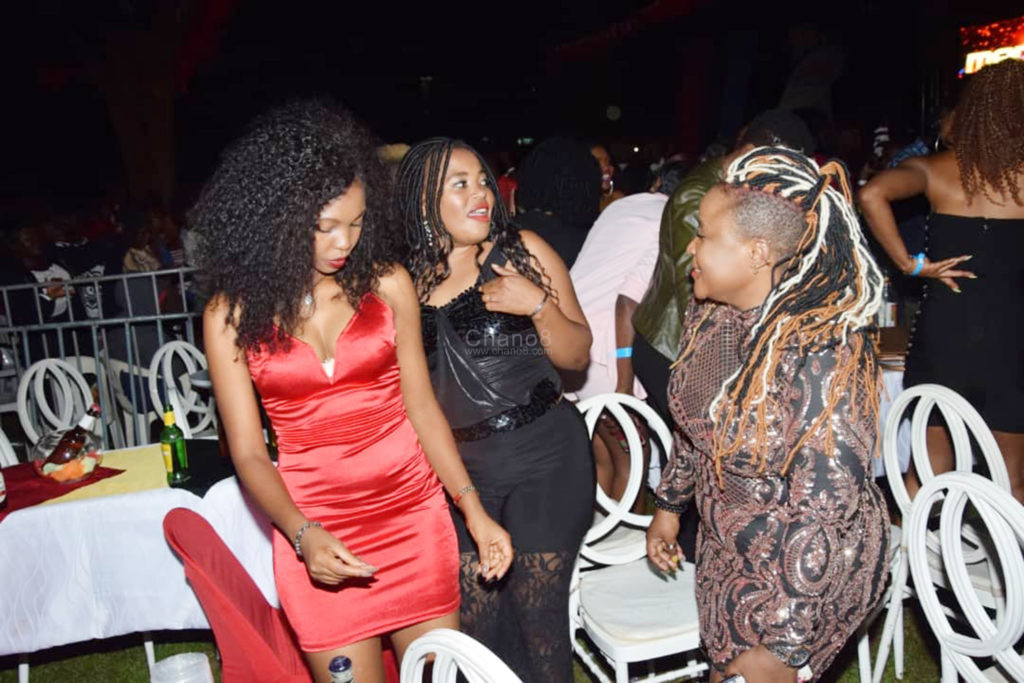 Even the Slay queens had a blast to the maximum last night. 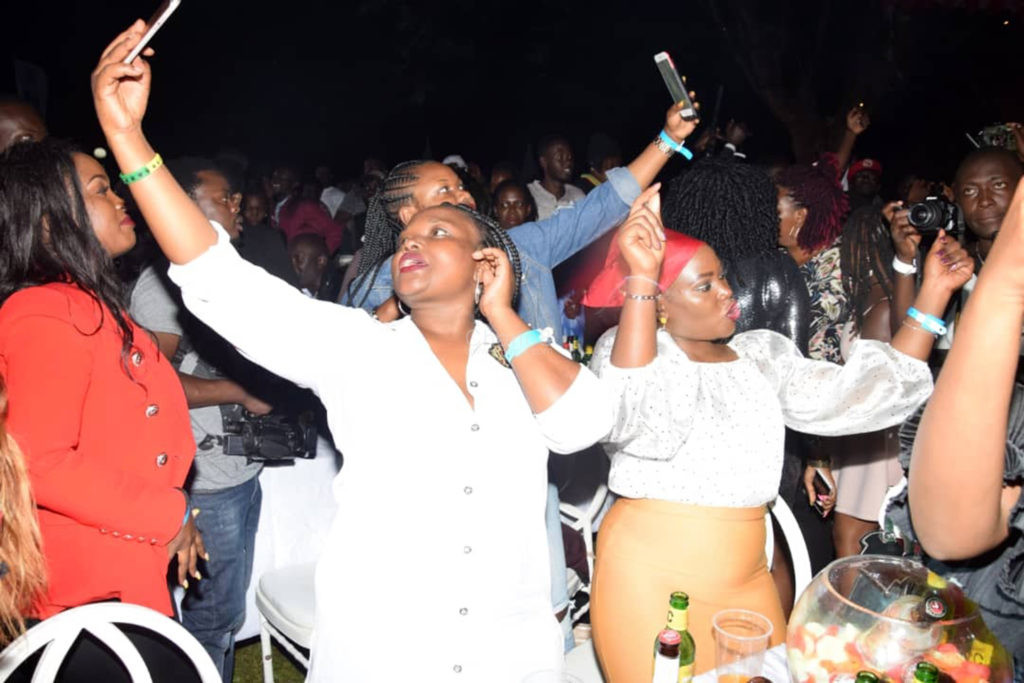 Selfies to update those who missed out on the fun.