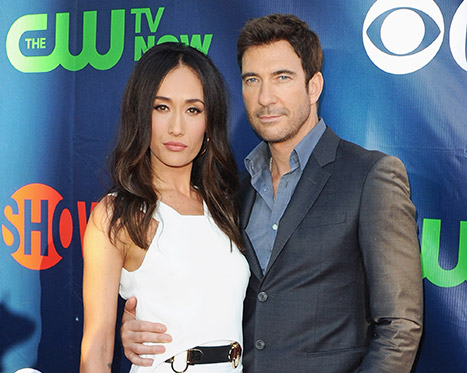 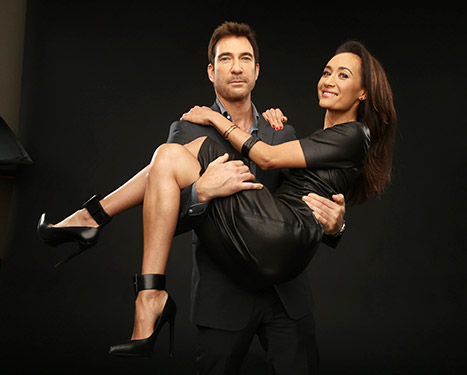 We all know a lot of Hollywood romances start on set.  This exactly the same for the new drama series show, Stalker co stars Maggie Q and Dylan Mcdermott

The duo, who were spotted in L.A.’s Brentwood neighborhood together last month, spent a romantic evening together on Saturday, Oct. 25, dining a deux at Santa Barbara’s Olio e Limone.

A source tells US WEEKLY that the pair, who fight crime together on CBS’s new drama Stalker, arrived at the restaurant a little early and were sent outside to wait for their table.

When their places were set, rather than opting to sit opposite each other, the duo sat next to one another, and remained very close and touchy-feely for the duration of dinner.
“They were very flirty, smiling at each other, canoodling,” says the onlooker of the pair, who are nearly 20 years apart in age (he turned 53 the following day, while she’s 35). “At one point she was feeding him at the table.”