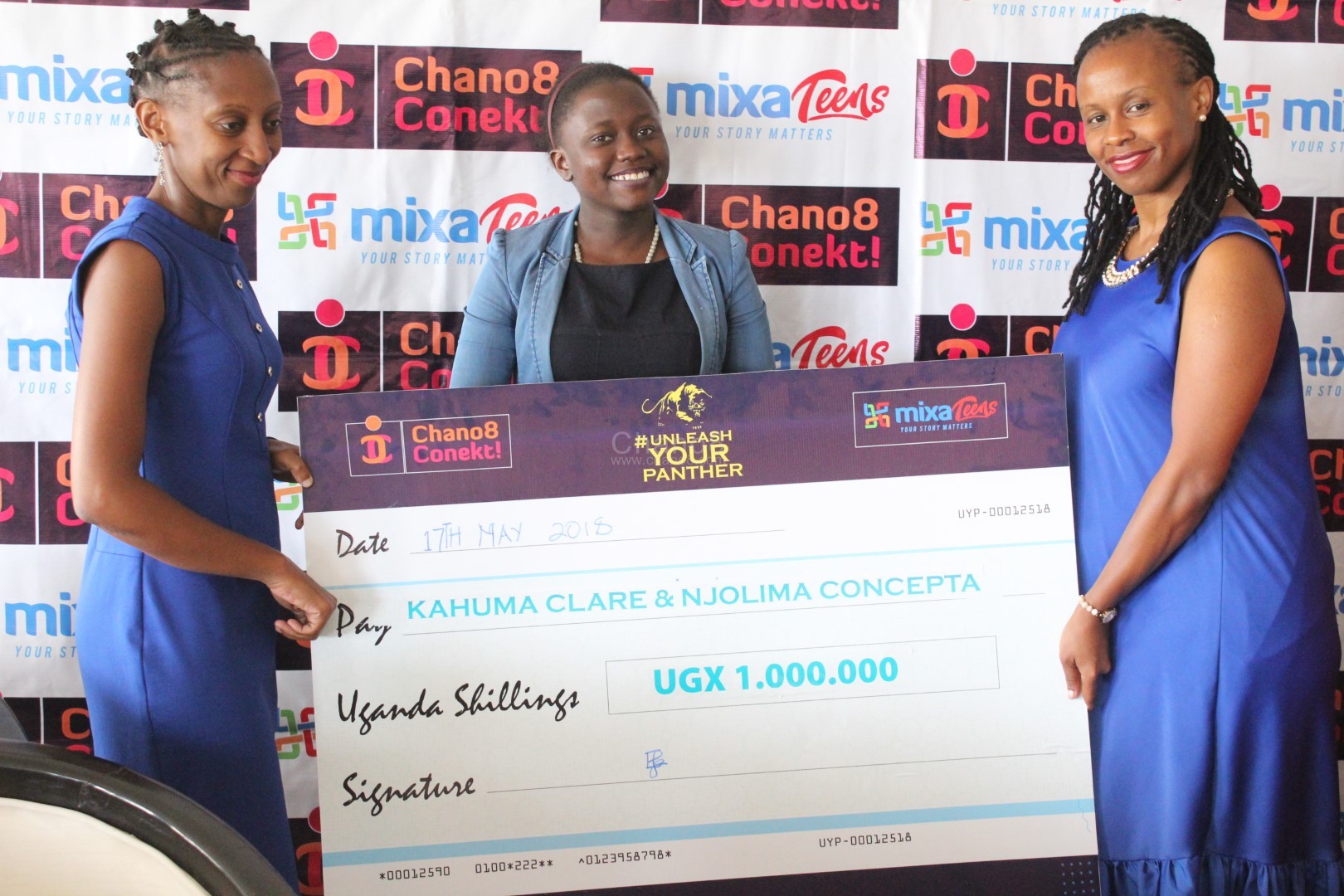 For close to two and a half months, there has been a competition dubbed UNLEASH YOUR PANTHER CAMPAIGN organised Chano8 Conekt and Mixa Teens which was aiming at giving young people a platform to express themselves and share innovative ideas that can help solve problems in their communities. The campaign saw 9 participants take part and the winner was to win a grand prize of Ug Shs 1 million.

The participants shared their ideas through concept notes and they were shot on videos, edited and forwarded to a panel of judges who scrutinised them thoroughly to come up with the top three winners who walked home with Ug Shs 1 million, 750,000 and 500,000 respectively.

The awarding ceremony that was held at the Acacia Mall based Nawab Bistrol saw judges, Chano8 Conekt and Mixa Teens staff in attendance as well as all the competitors who were eager to see who the winners were.

Basing on the fact that various crimes in Uganda have neither been reported nor have the victims received immediate attention from the Police. These two young girls came up an amazing idea of the Anti-Violence mobile phone application (AVC Mobi)  that will enable a team of selected effective Police representatives to report crime at any time for an immediate intervention. The application enables one to send a message, photo or footage of the crime scene.

“Every time you hear of an opportunity, just try and if you fail, Stand up again and take all criticism as positive criticism. Whenever they tell you that something is wrong, just work on it and build yourself to become better” Said excited Kahuma Clare. 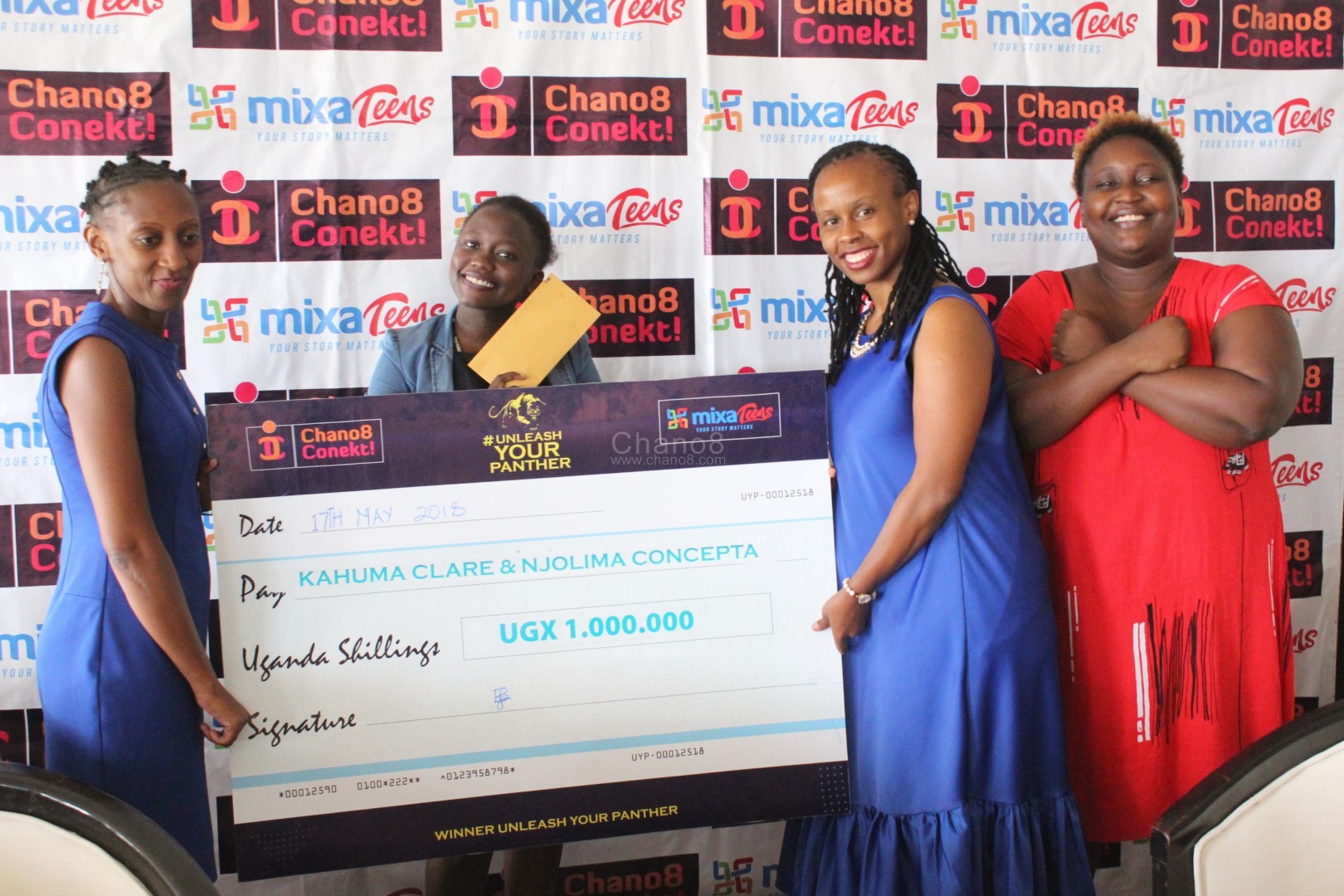 Although Njolima Concepta was not present, it was all smiles for Kahuma Clare as she was handed the Ug Shs 1 Million cash and the dummy by Mrs Elizabeth Mushabe the the Chief Finance Officer Chano8 Conekt and Mixa Teens and Mrs Joy Birabwa one of the judges

The first runner up one Ngabirano Julius a senior six vacist from Bishop Cipriano Kihangire Secondary School and a practicing software developer had a cool idea as well that seeks to address problems faced in the medical sector today. He also devolved an application called MediSave which will have locations of all the hospitals in the country, status of doctors in the various hospitals, services offered and security check of whether the services offered match the qualification of the doctors. 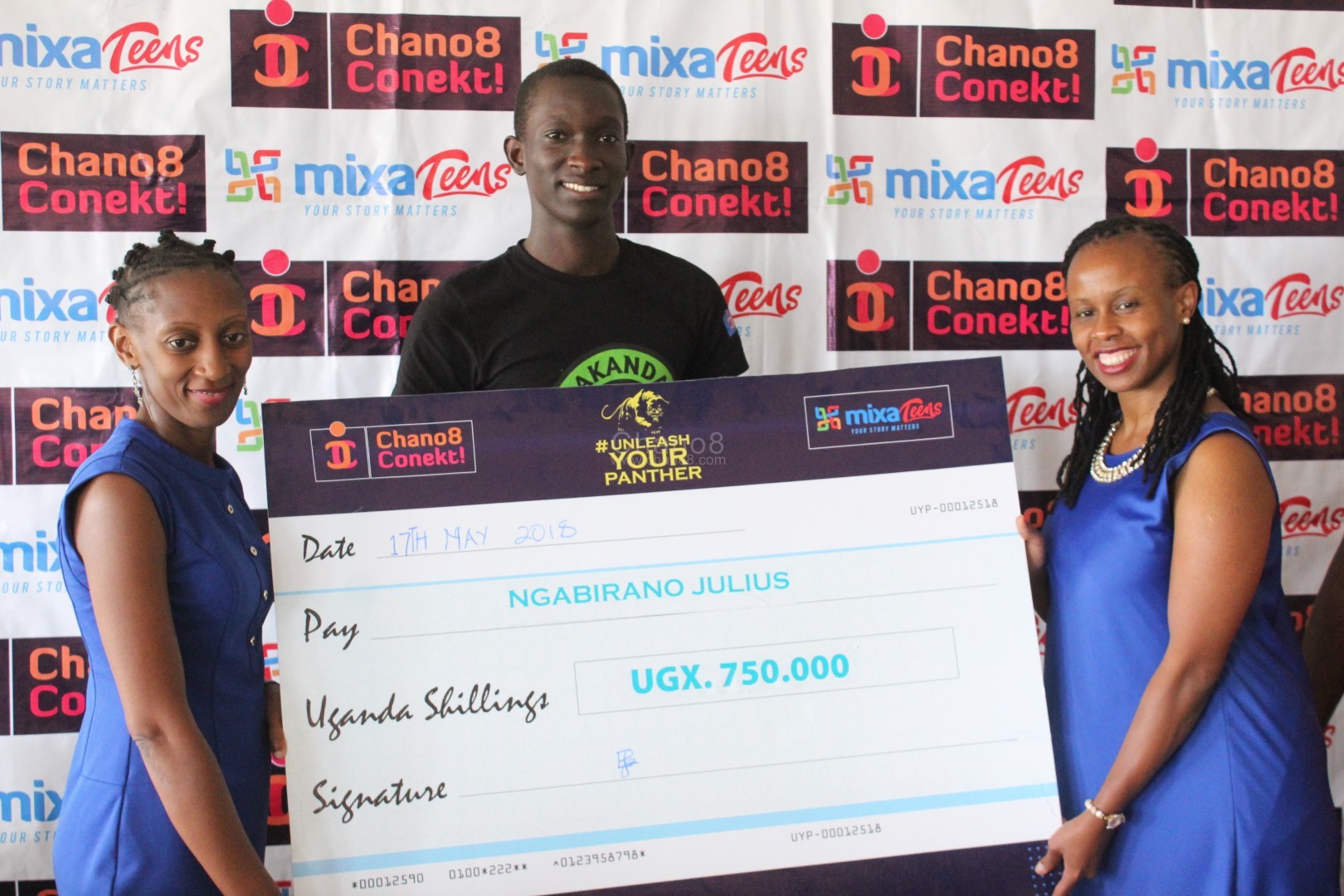 The 3rd runners-up identified as Kitimbo Victor and Kasede Brian also came from Makerere University and they are first-year students at the university’s school of Law. Going by the fact that Uganda is filled with people with amazing God given abilities and talents that are unearthed, they developed a platform that works on a local server. They are expecting to have people subscribe to their platform for free and they will be exposed to a diverse pool of services on the platform. They shall also be selling advertising space. 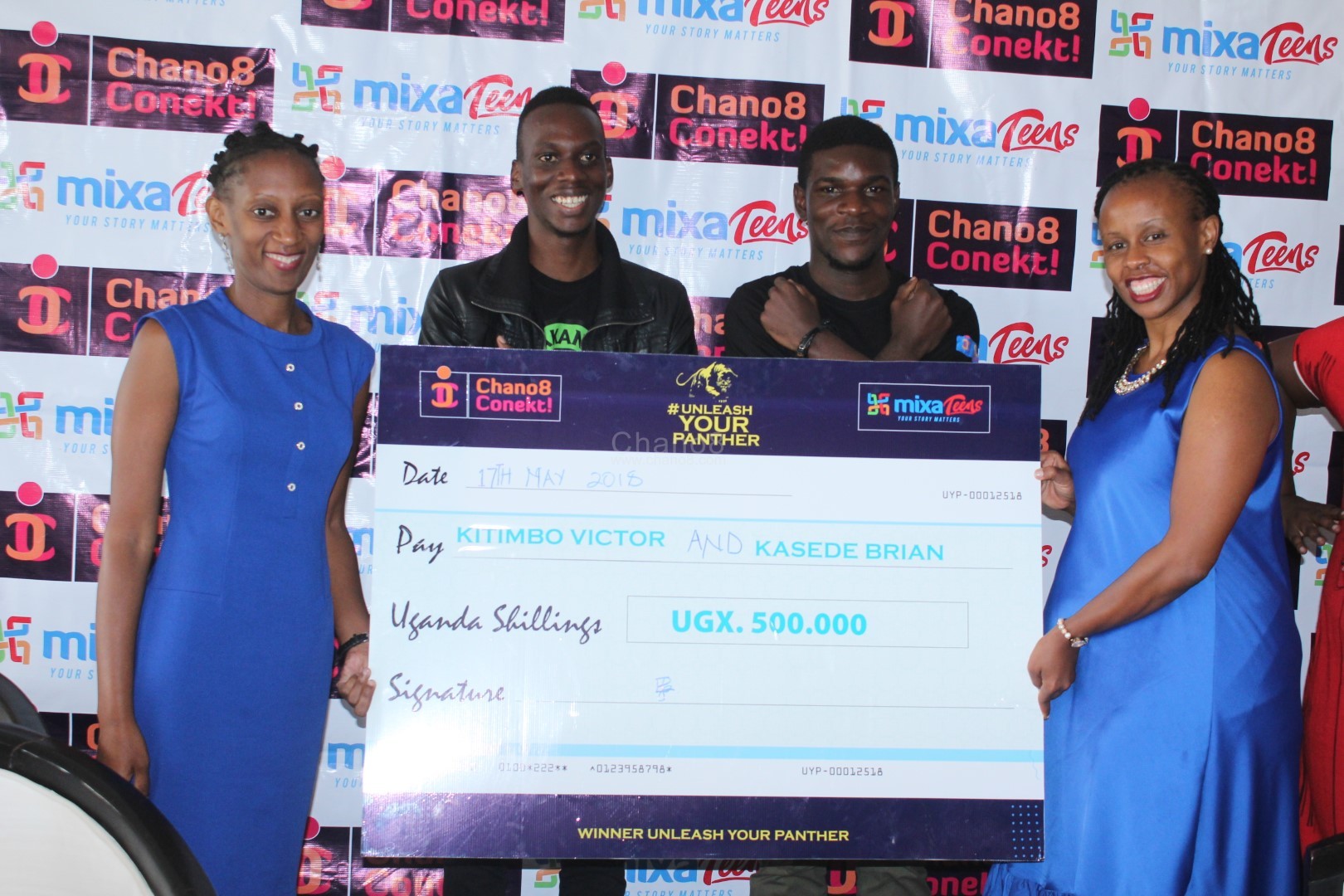 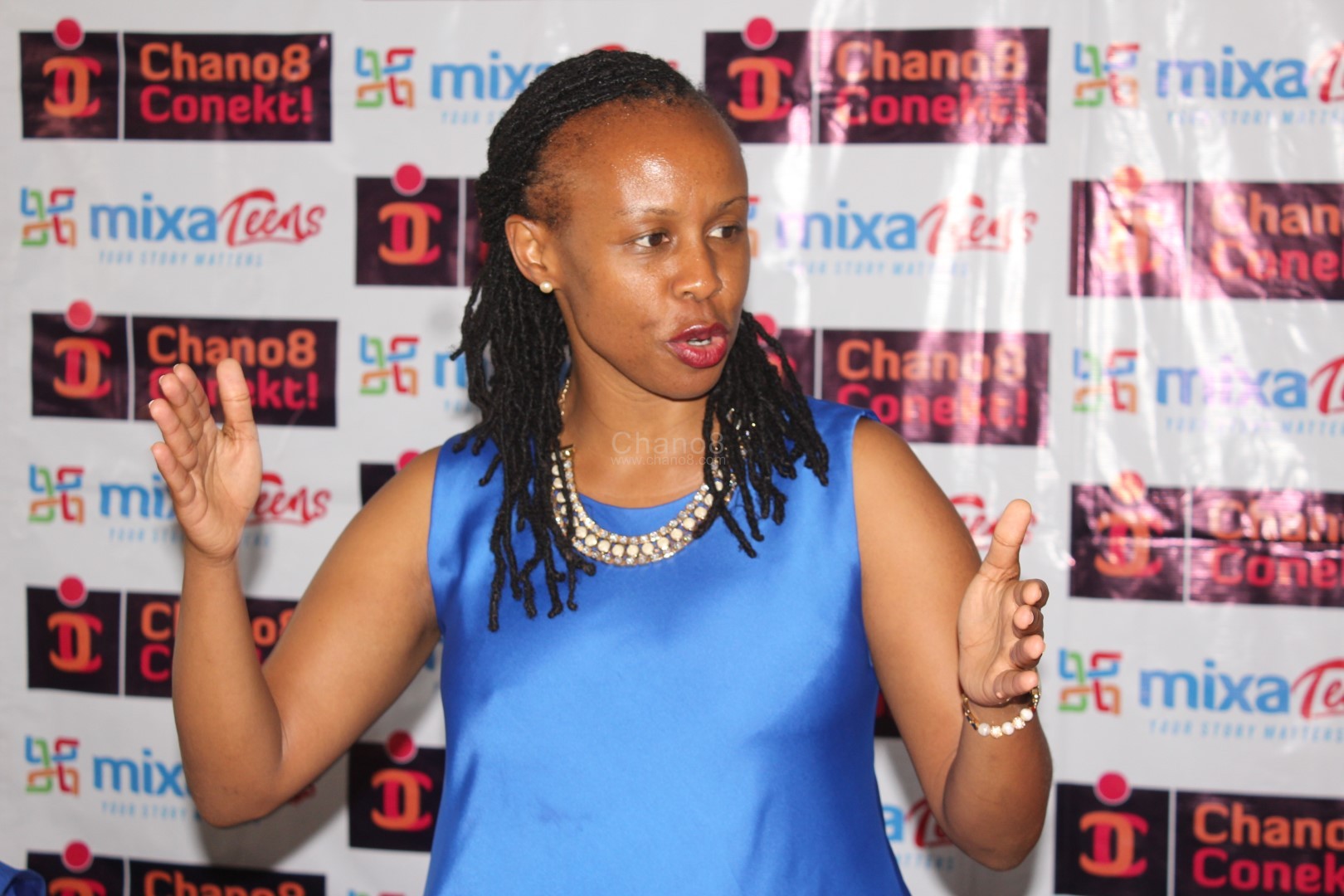 Mrs Elizabeth Mushabe the the Chief Finance Officer Chano8 Conekt and Mixa Teens was soo thankful to the participants for taking their time to be part of the Unleash Your Panther campaign. 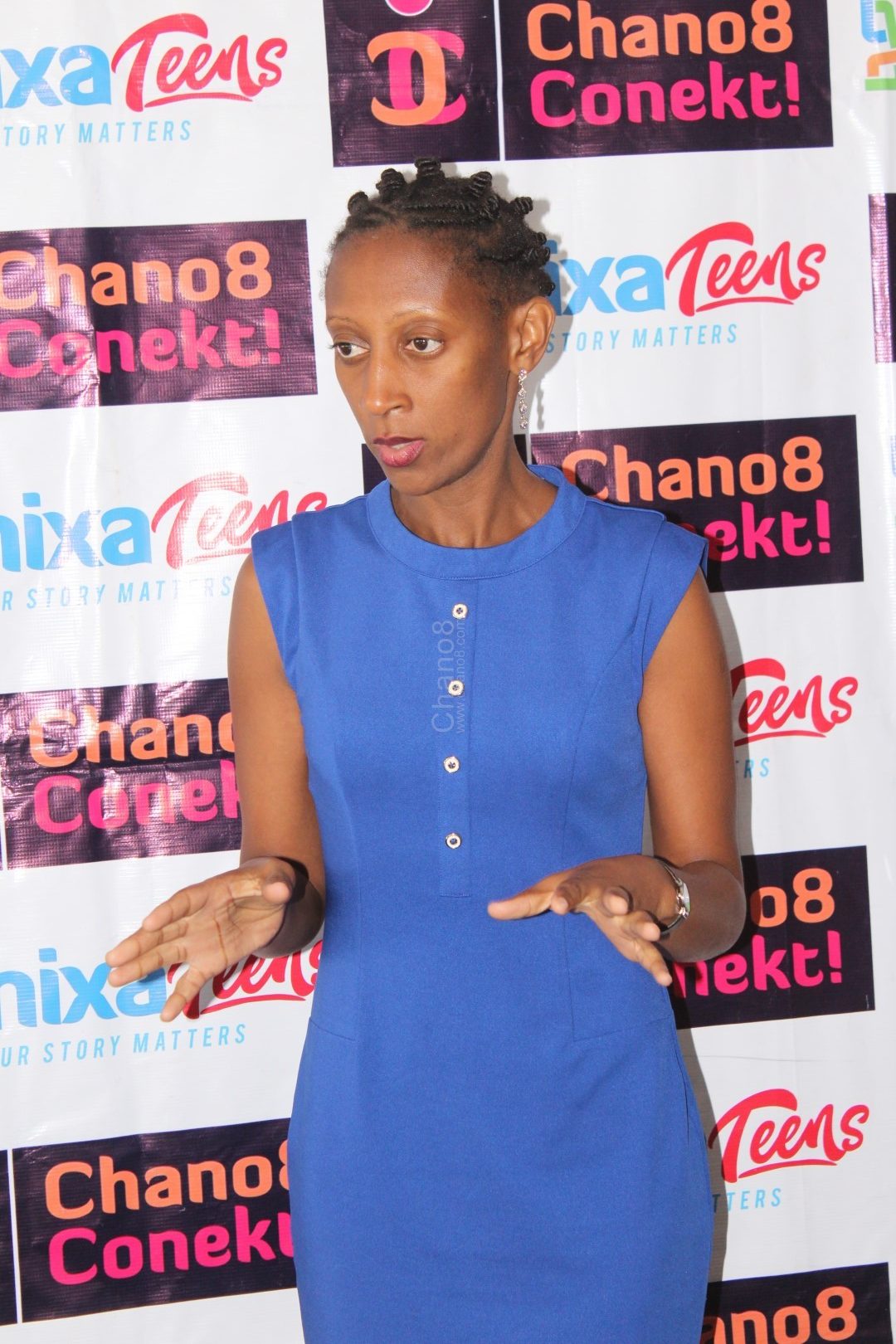 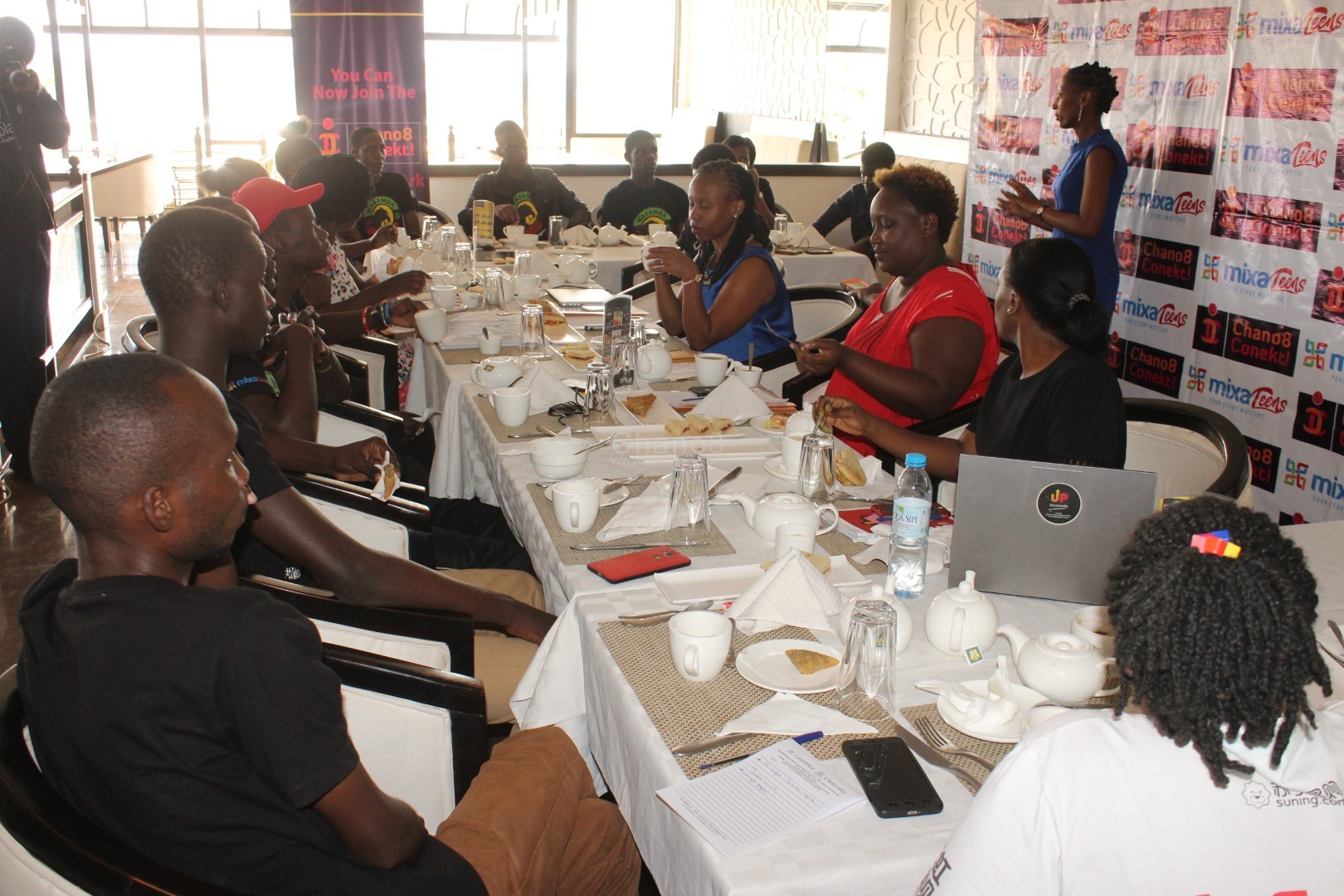 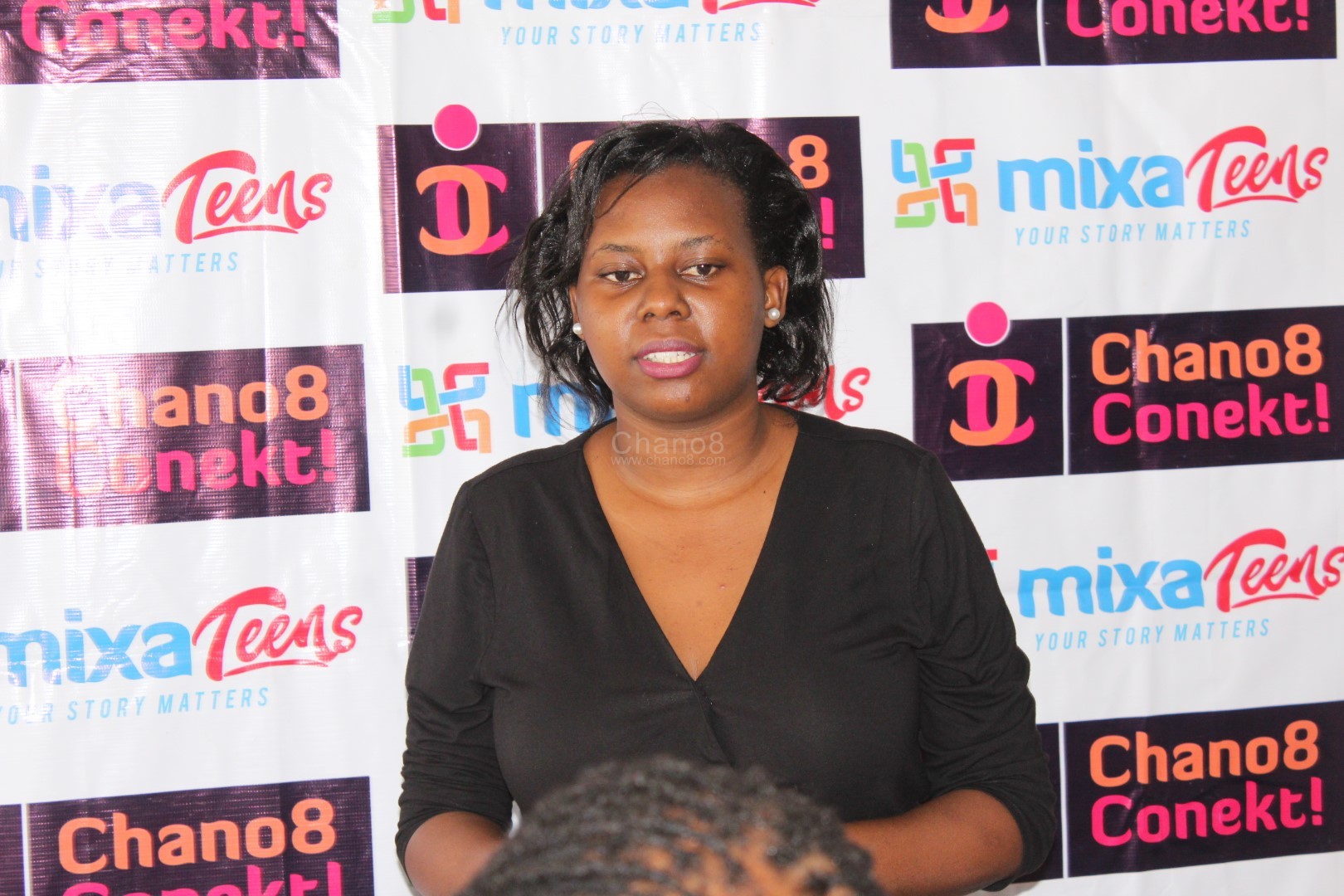 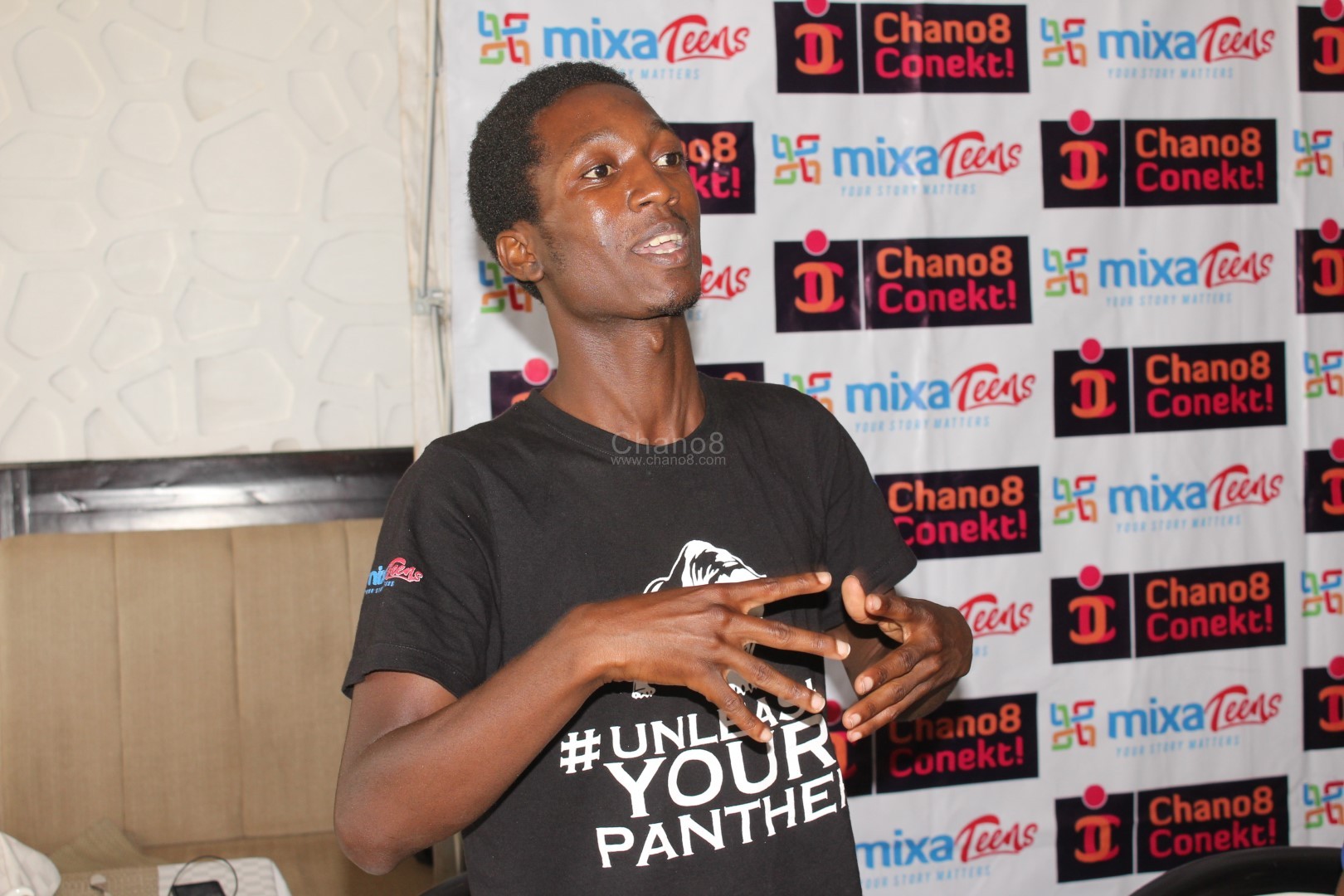 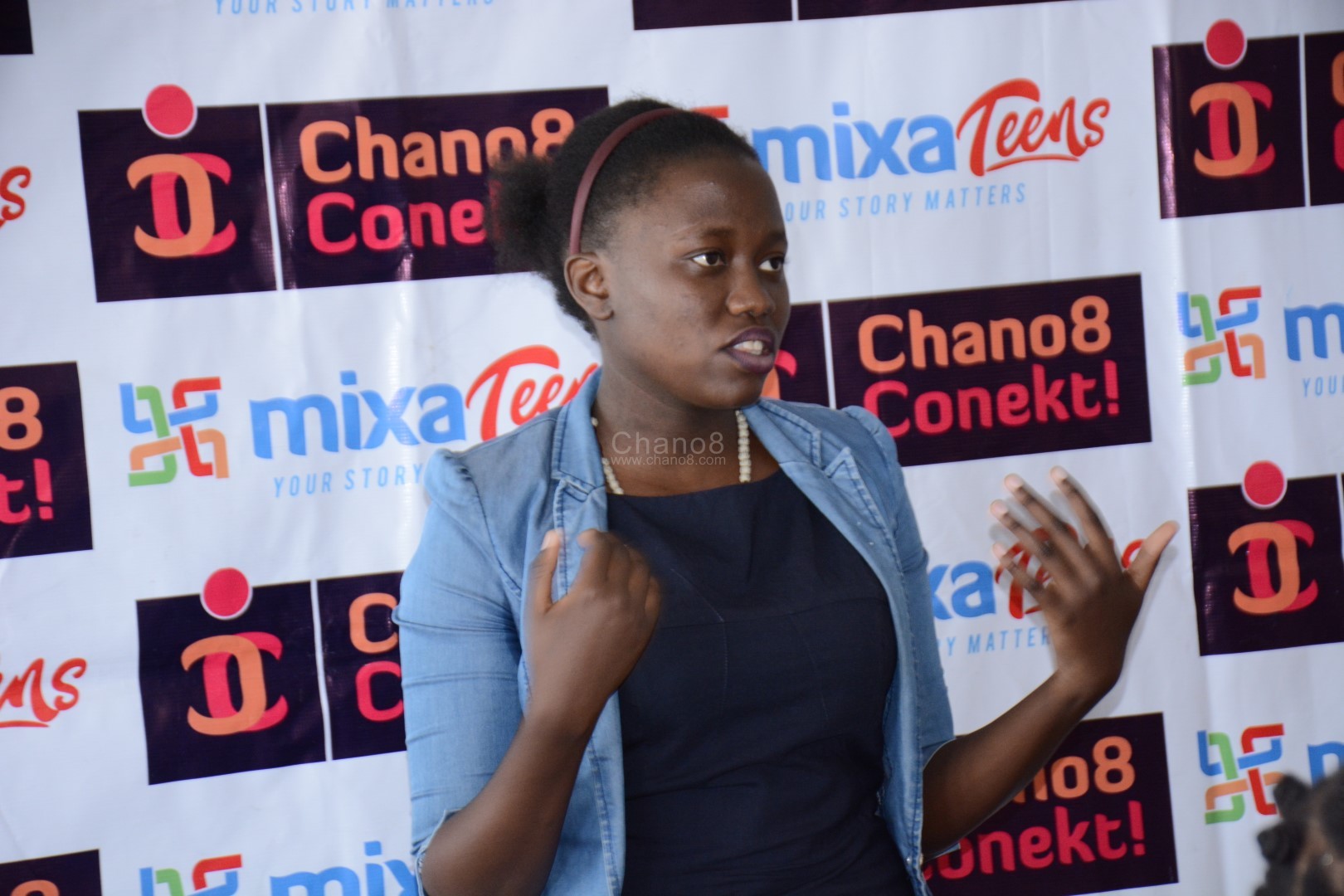 One of the winners Kahuma Clare speaking 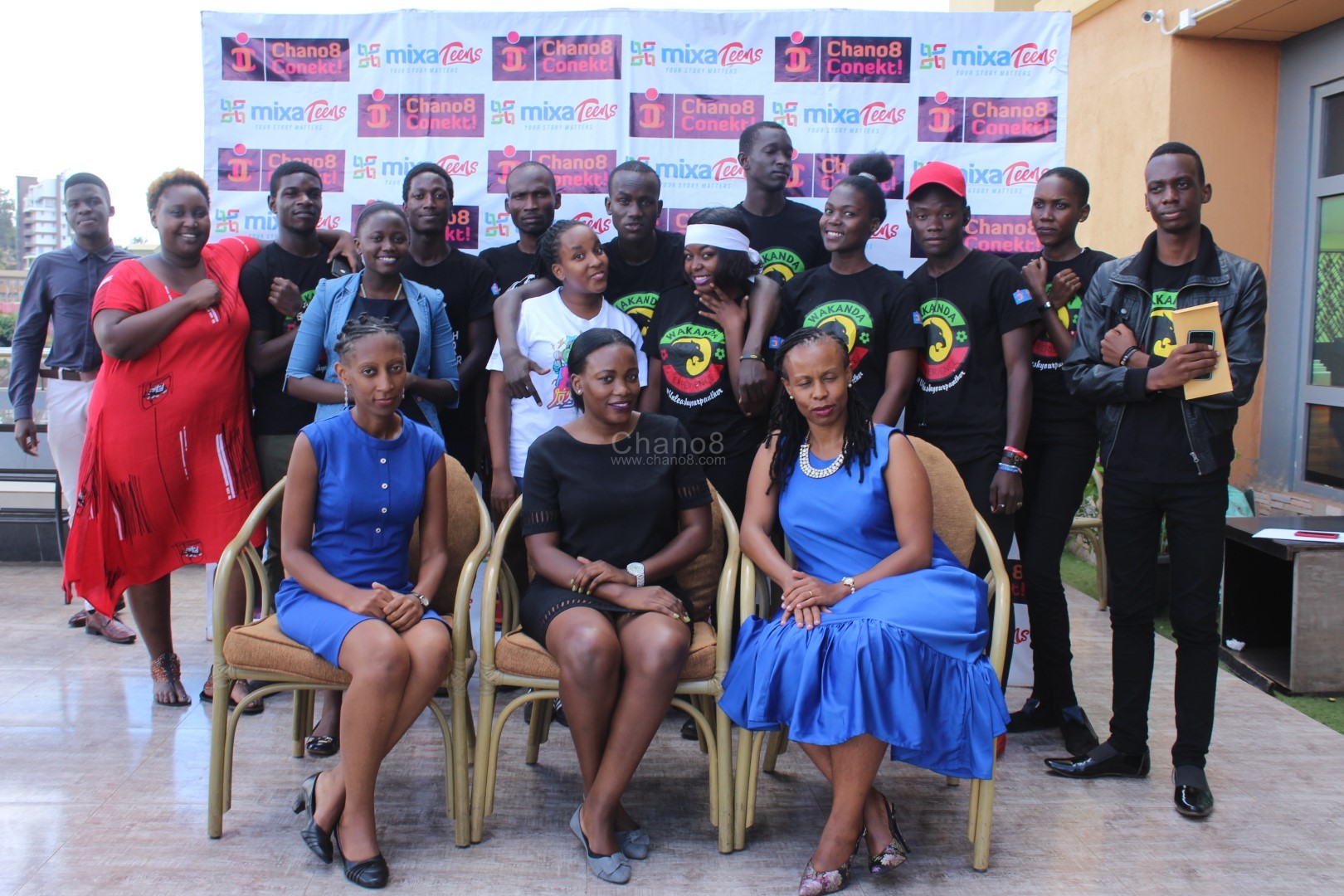 The 9 participants pose for a group photo with the judges 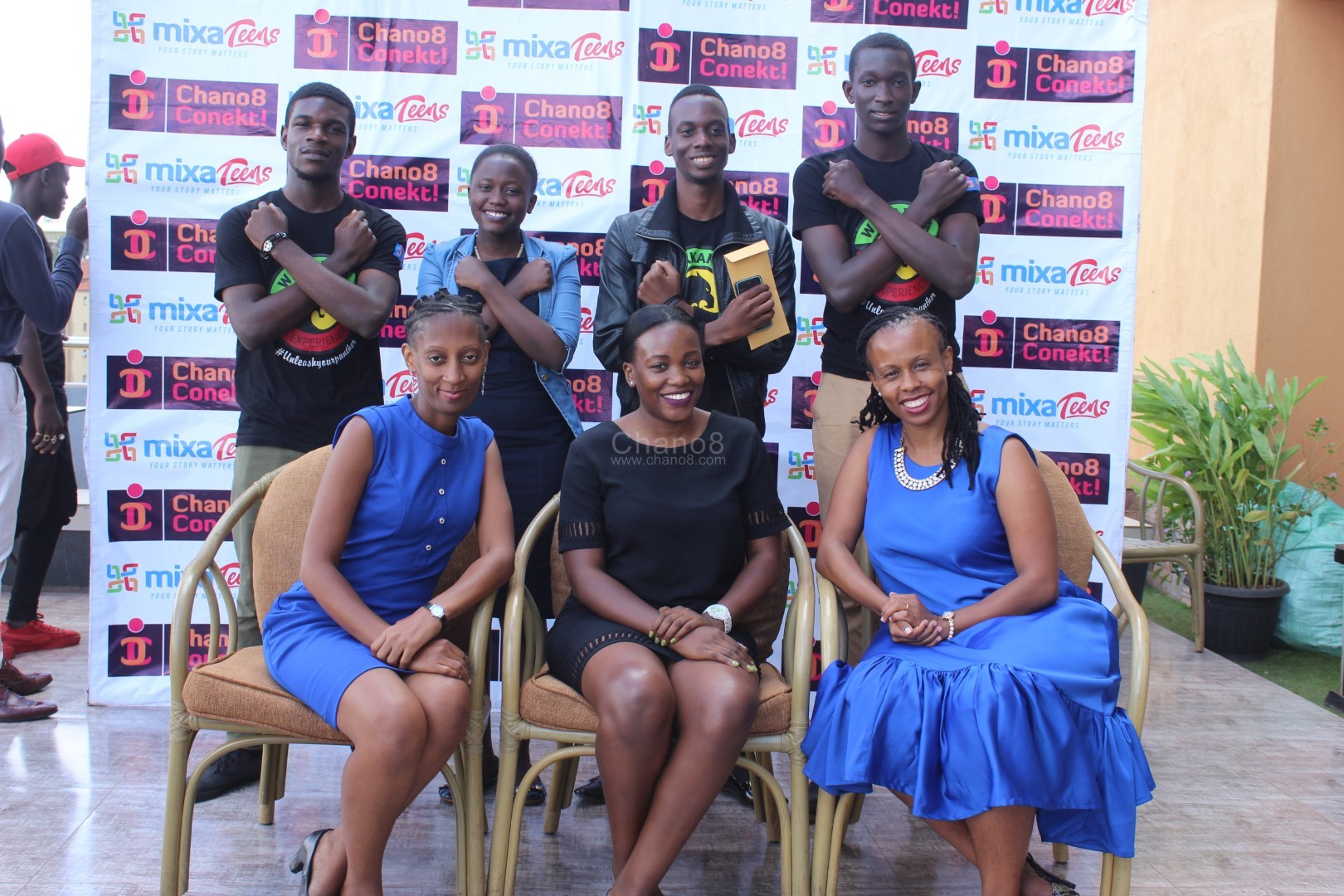 The top 3 winners pose for a photo with the judges 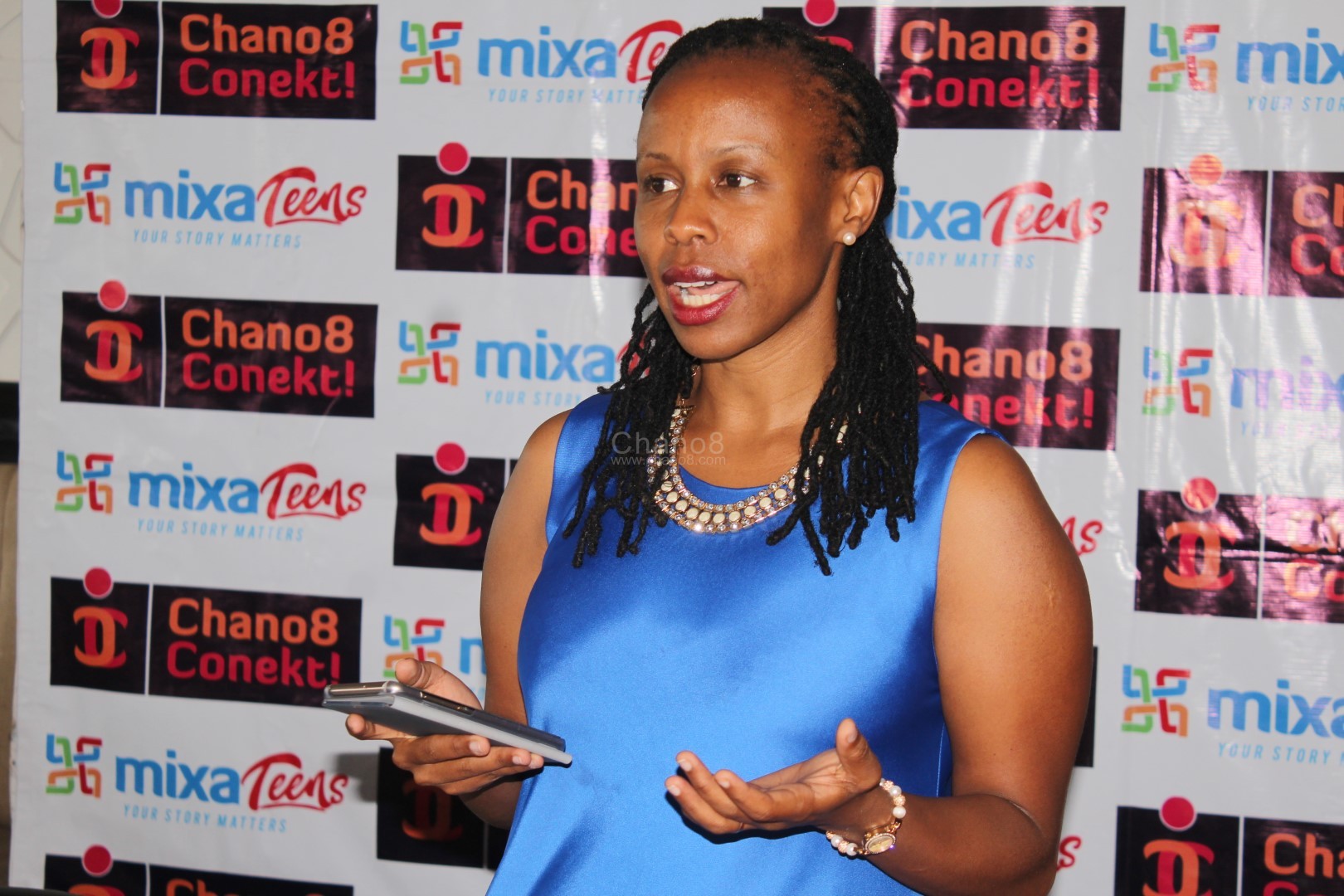 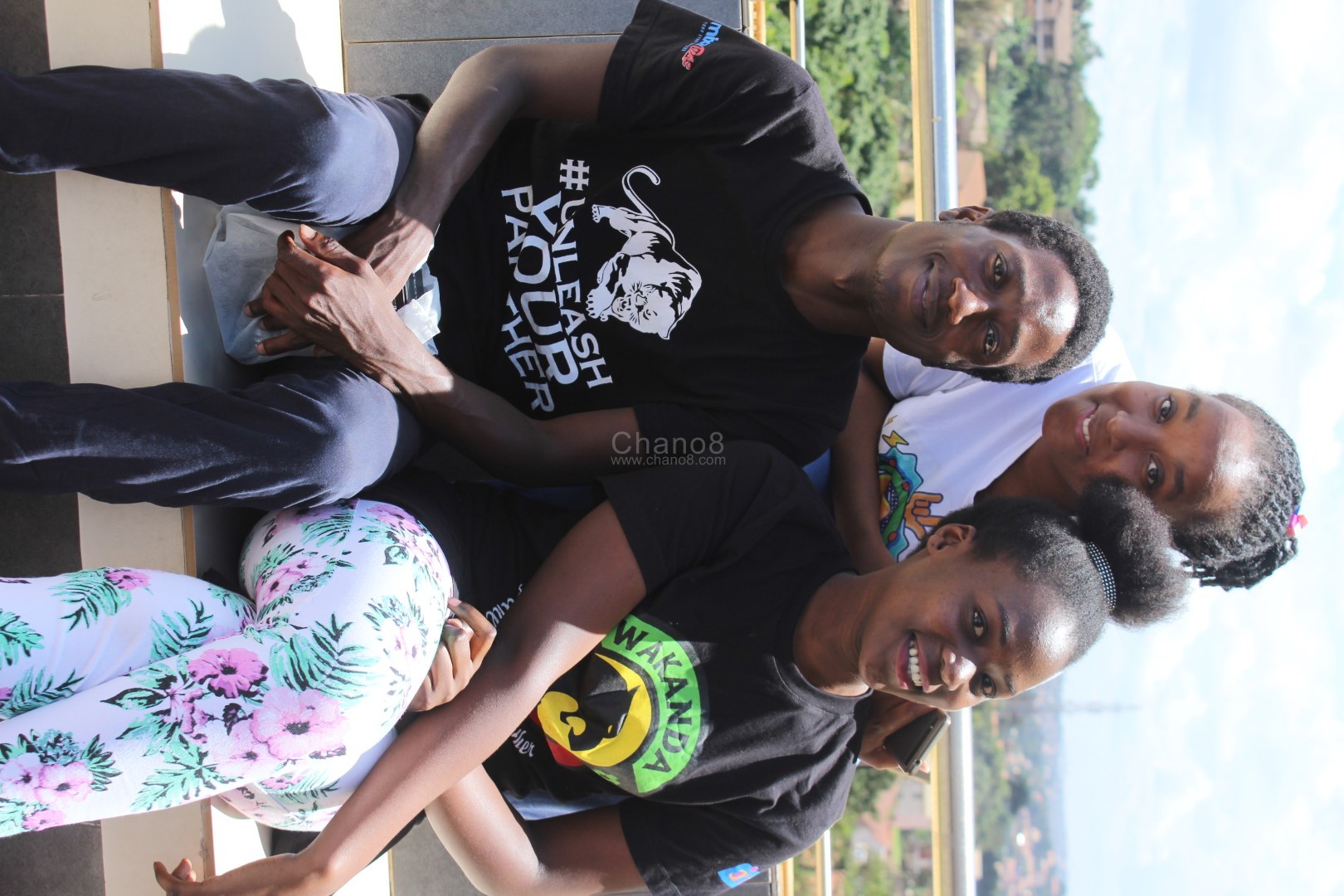 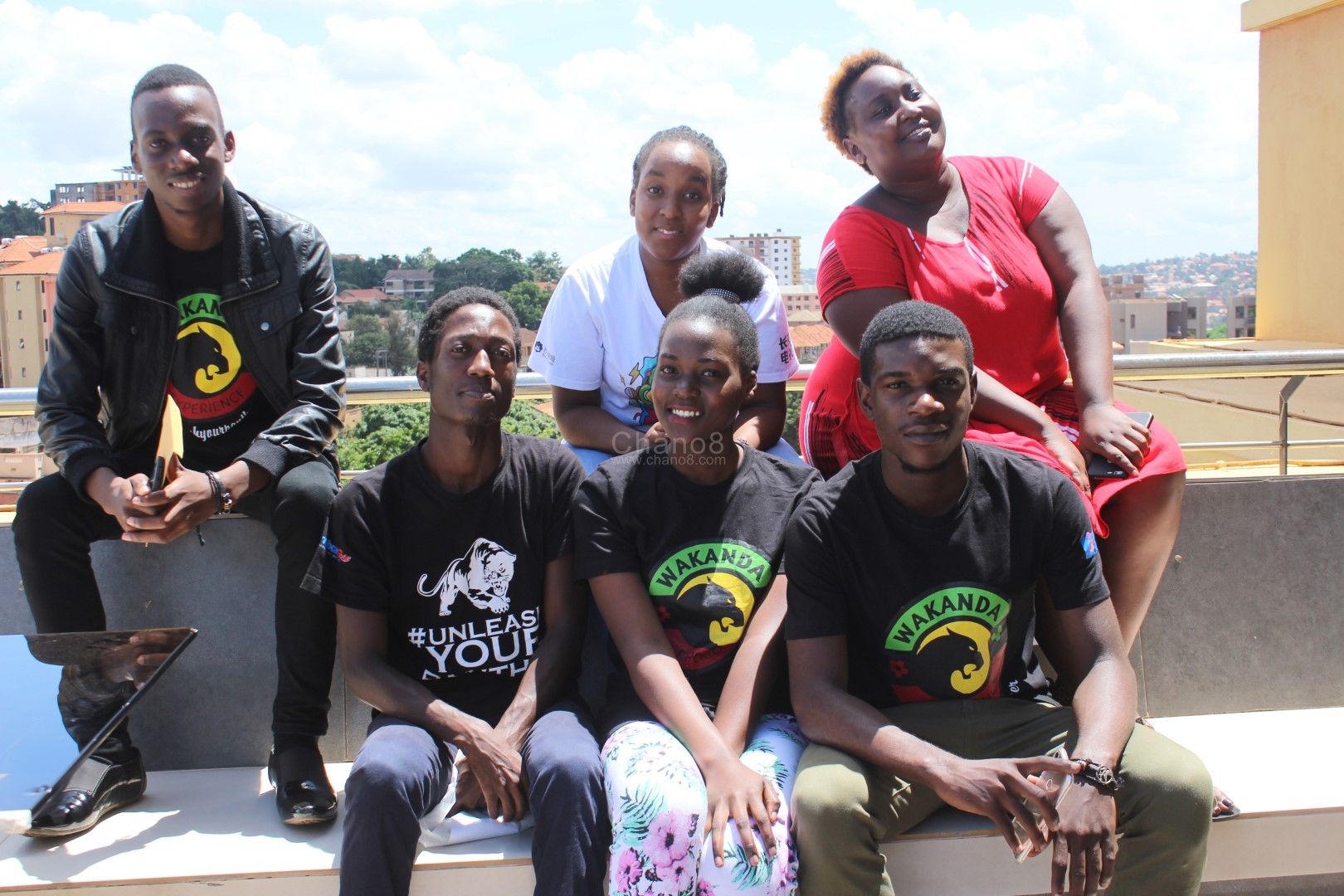 All Participants were given certificates of participation 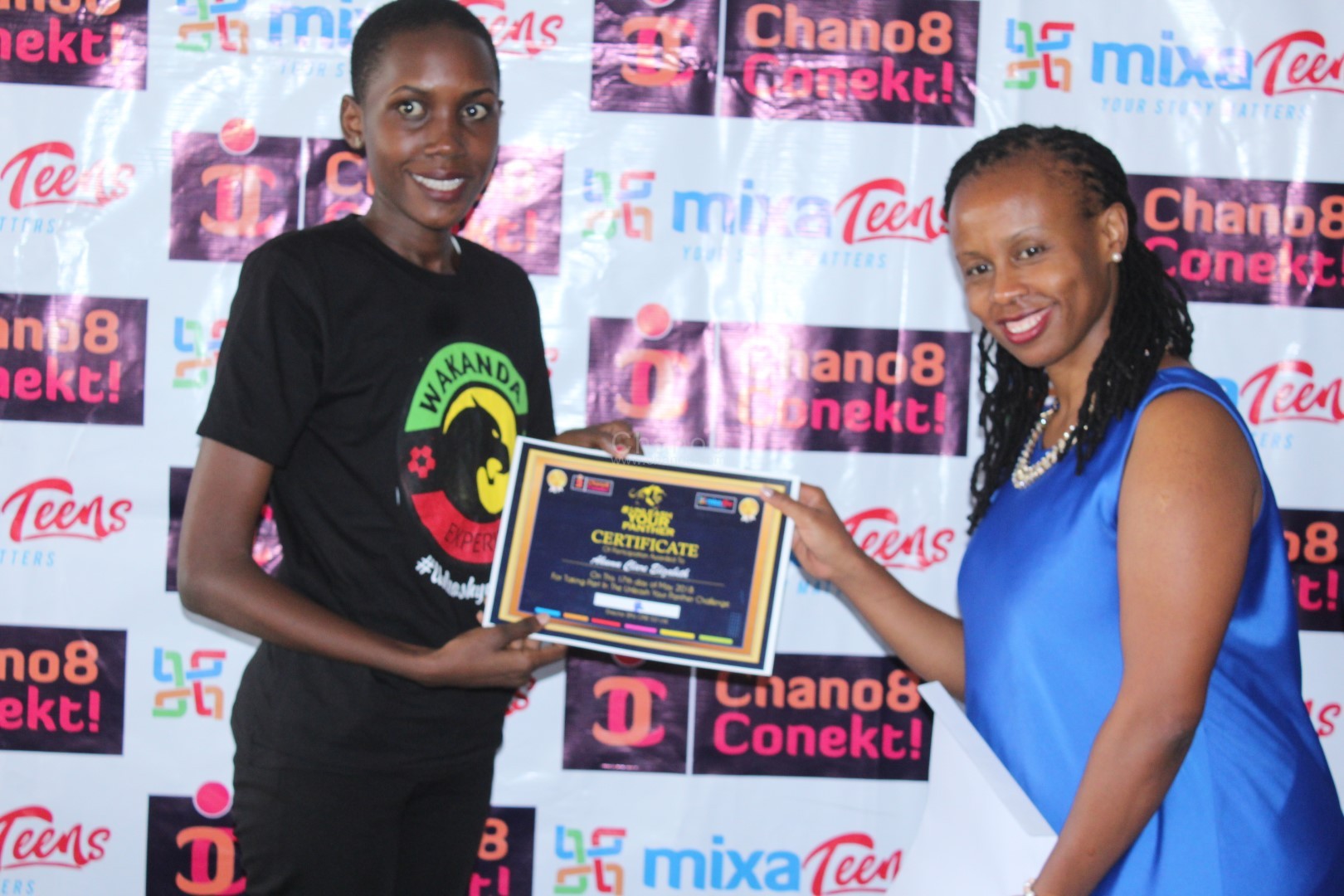 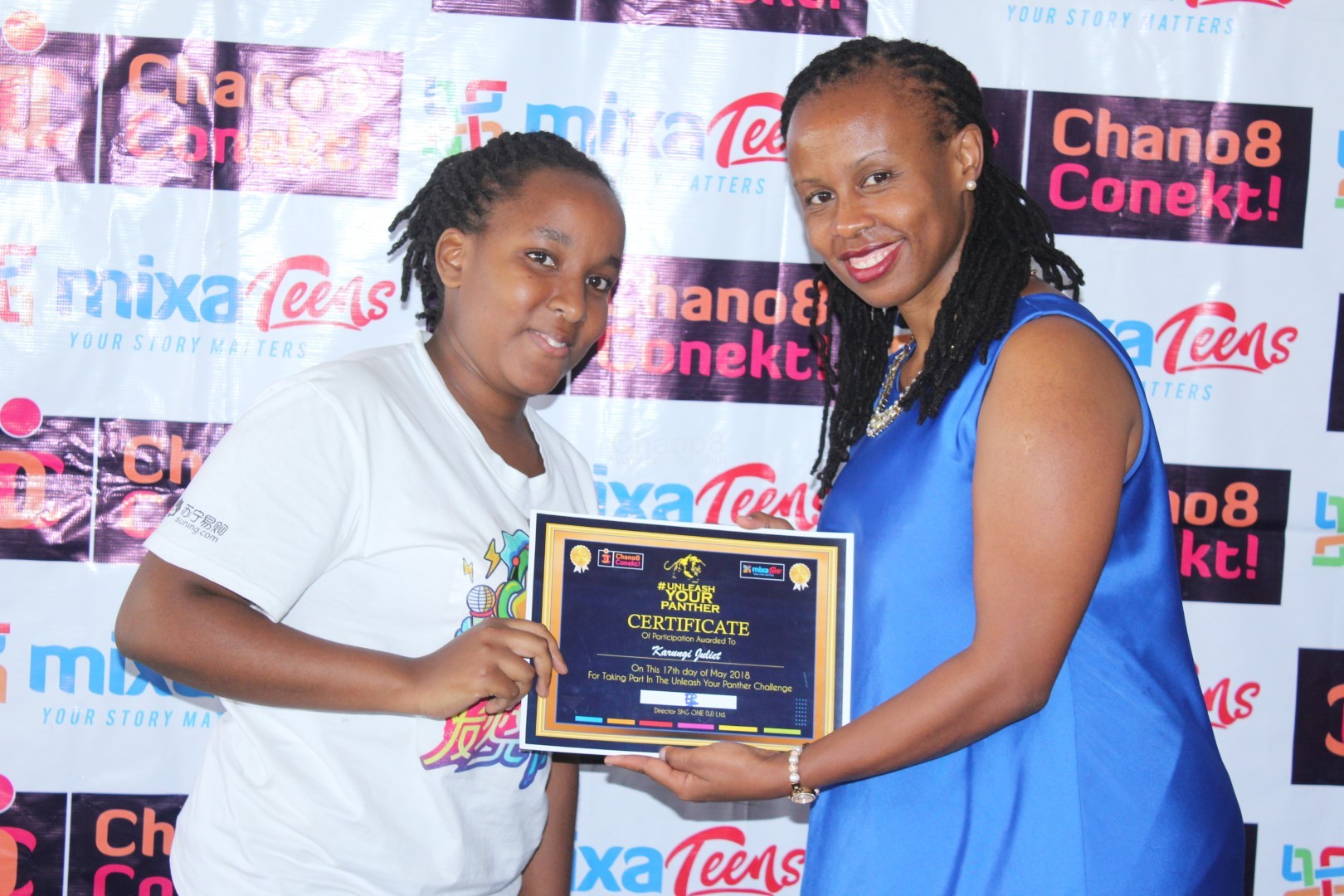 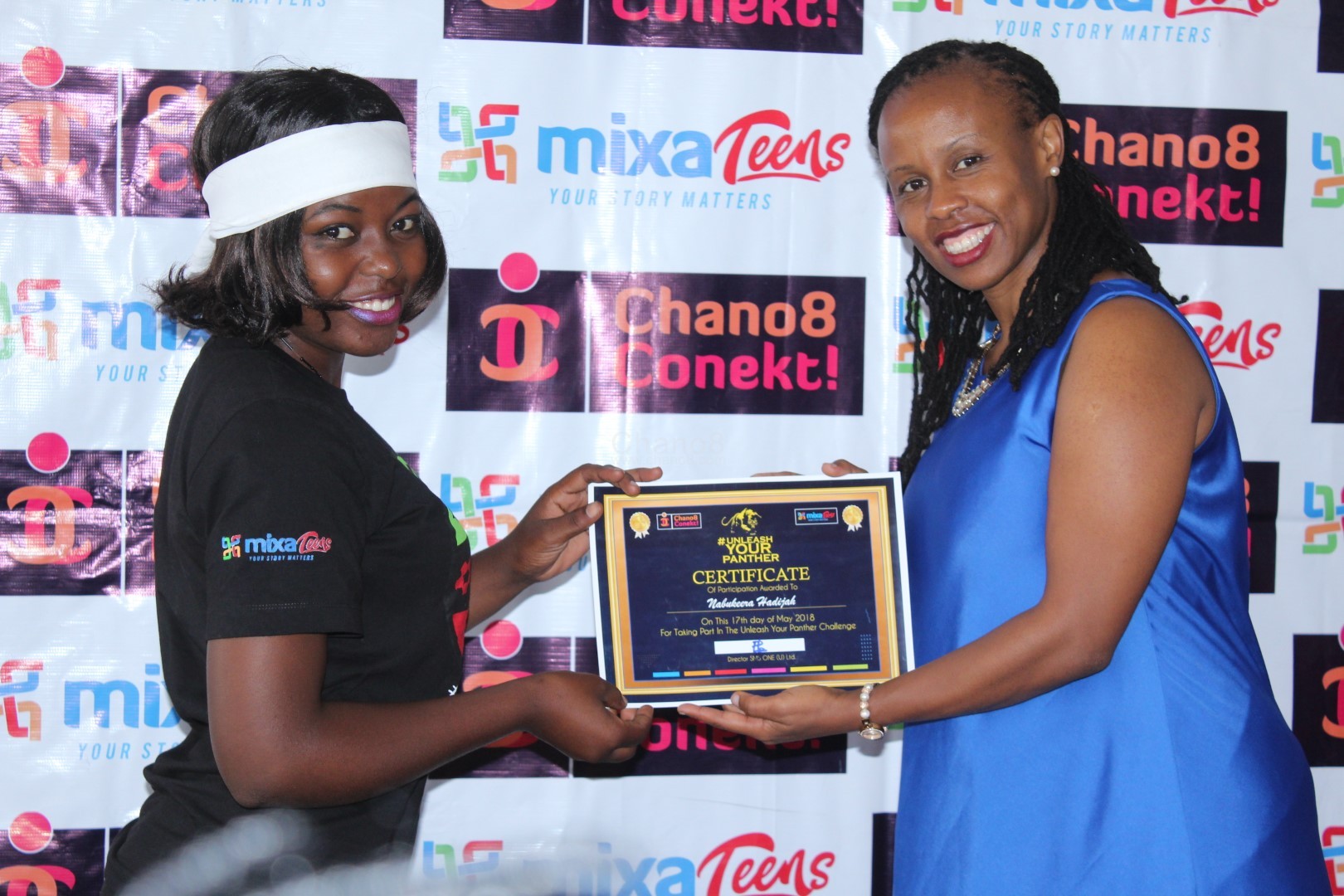 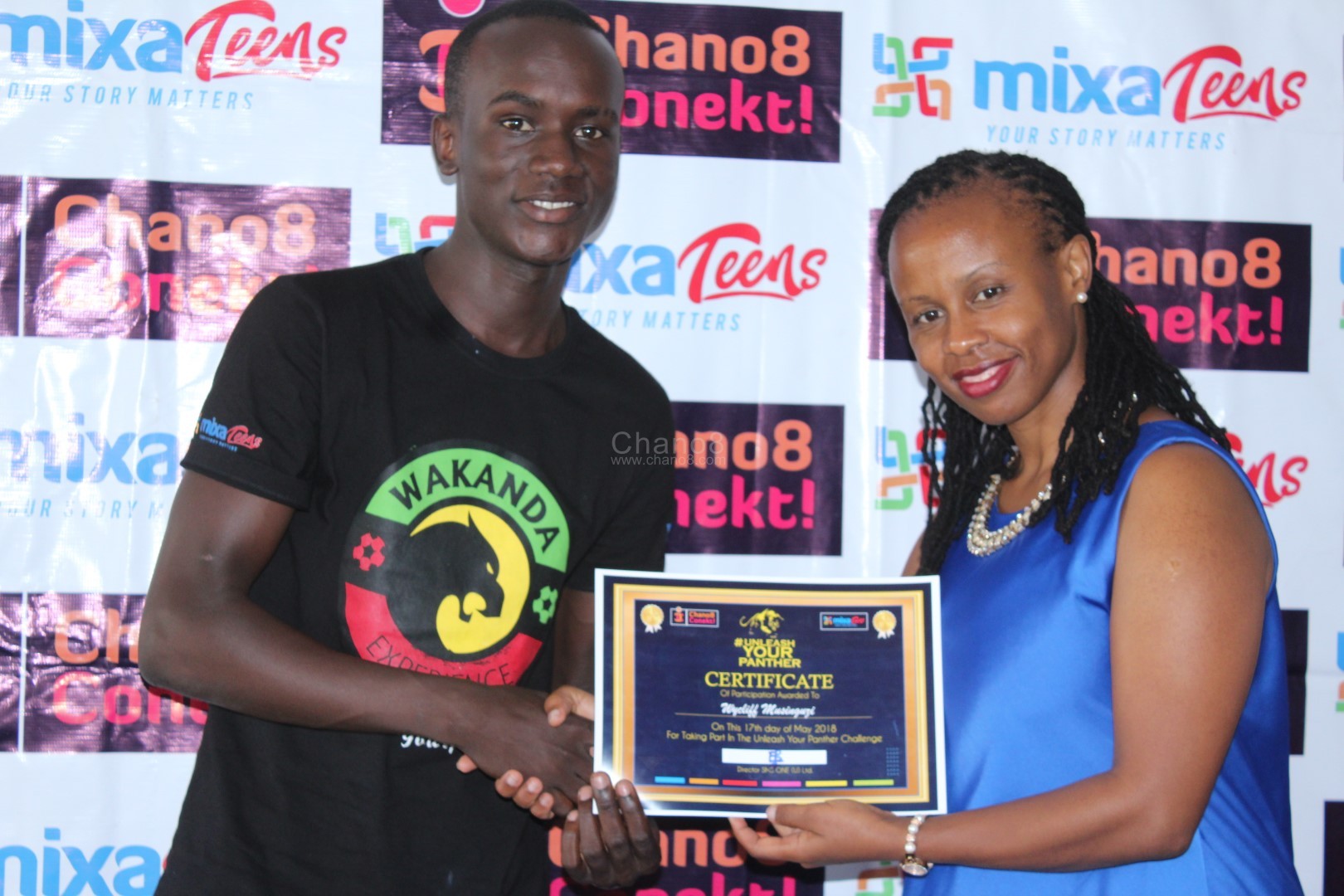 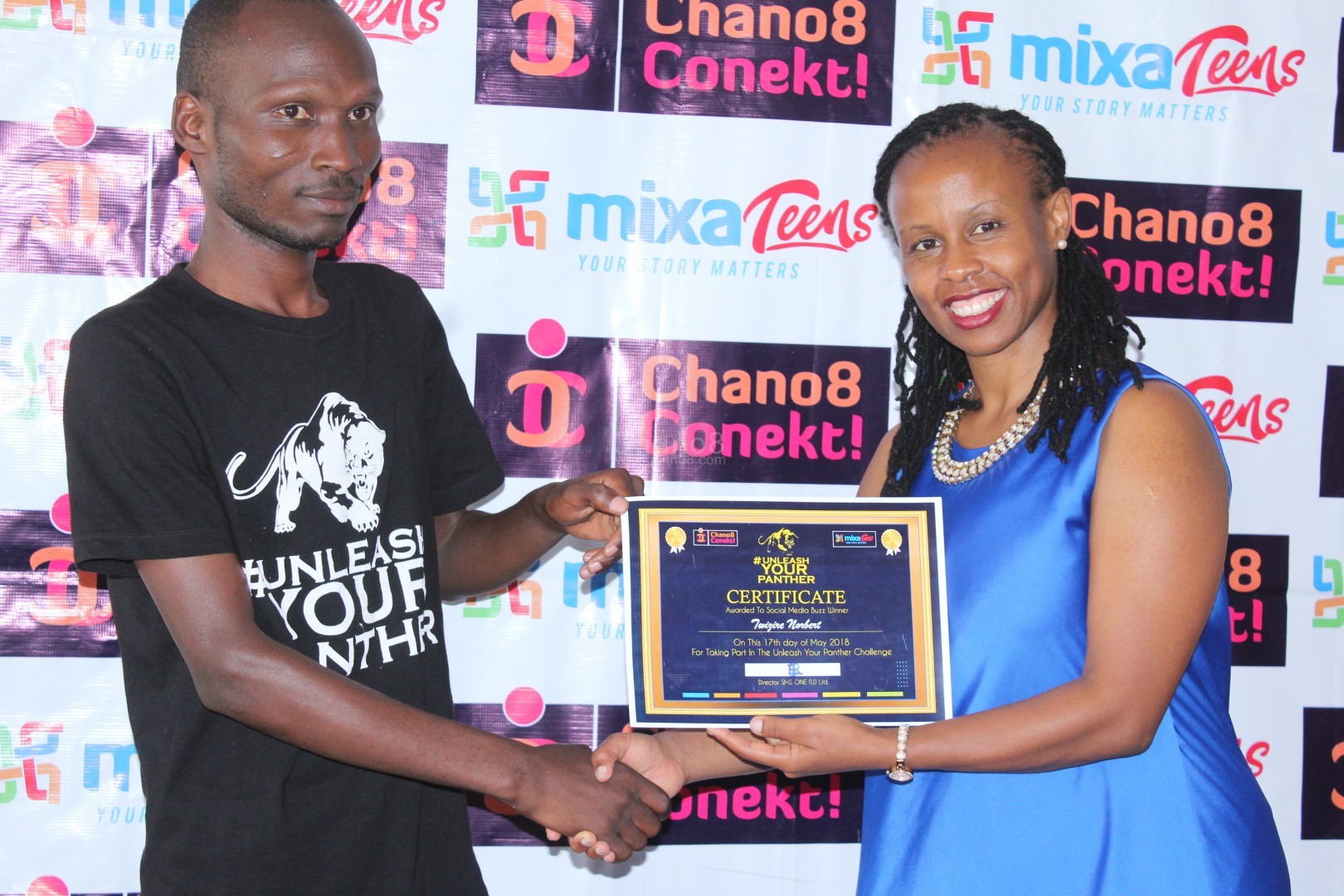 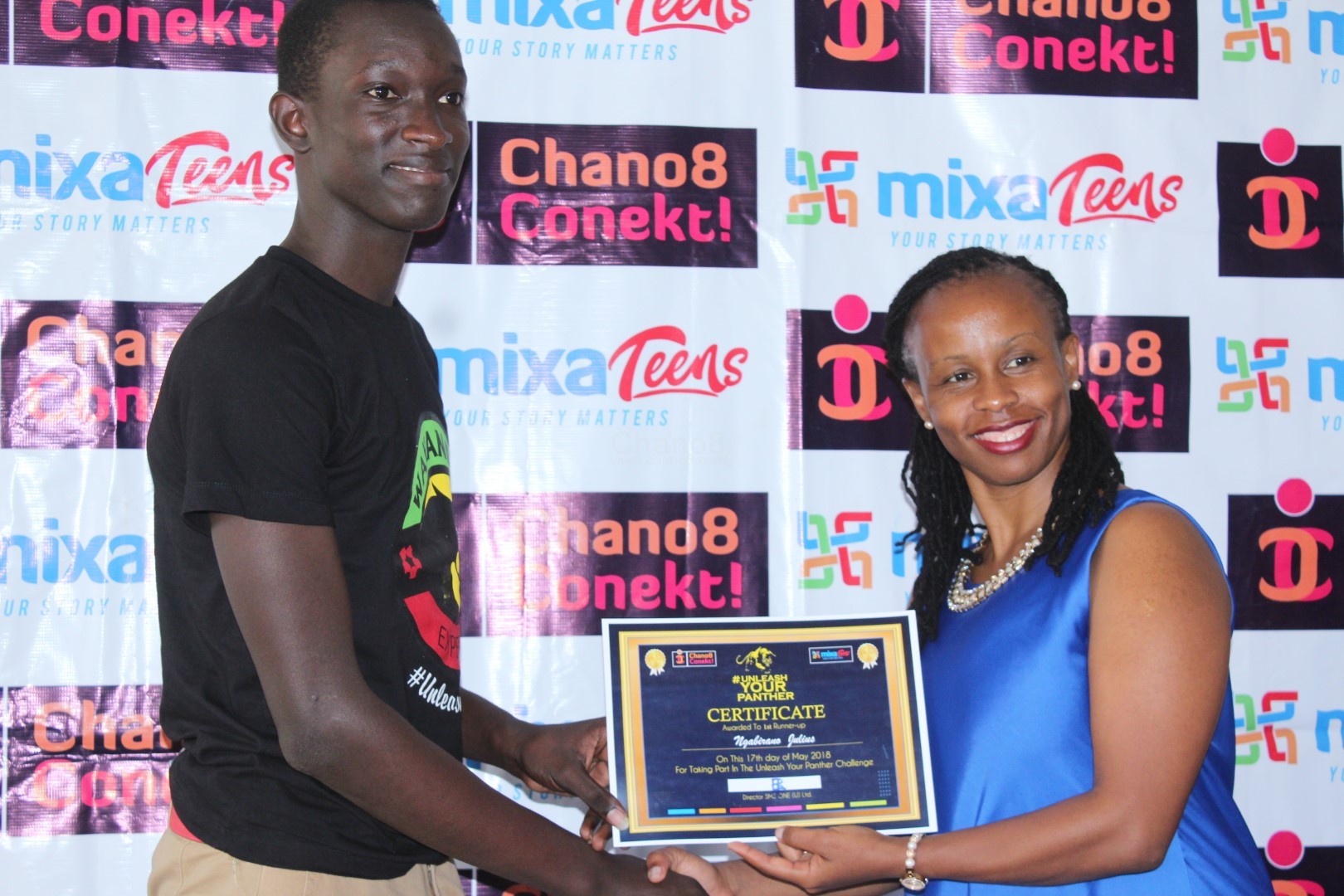 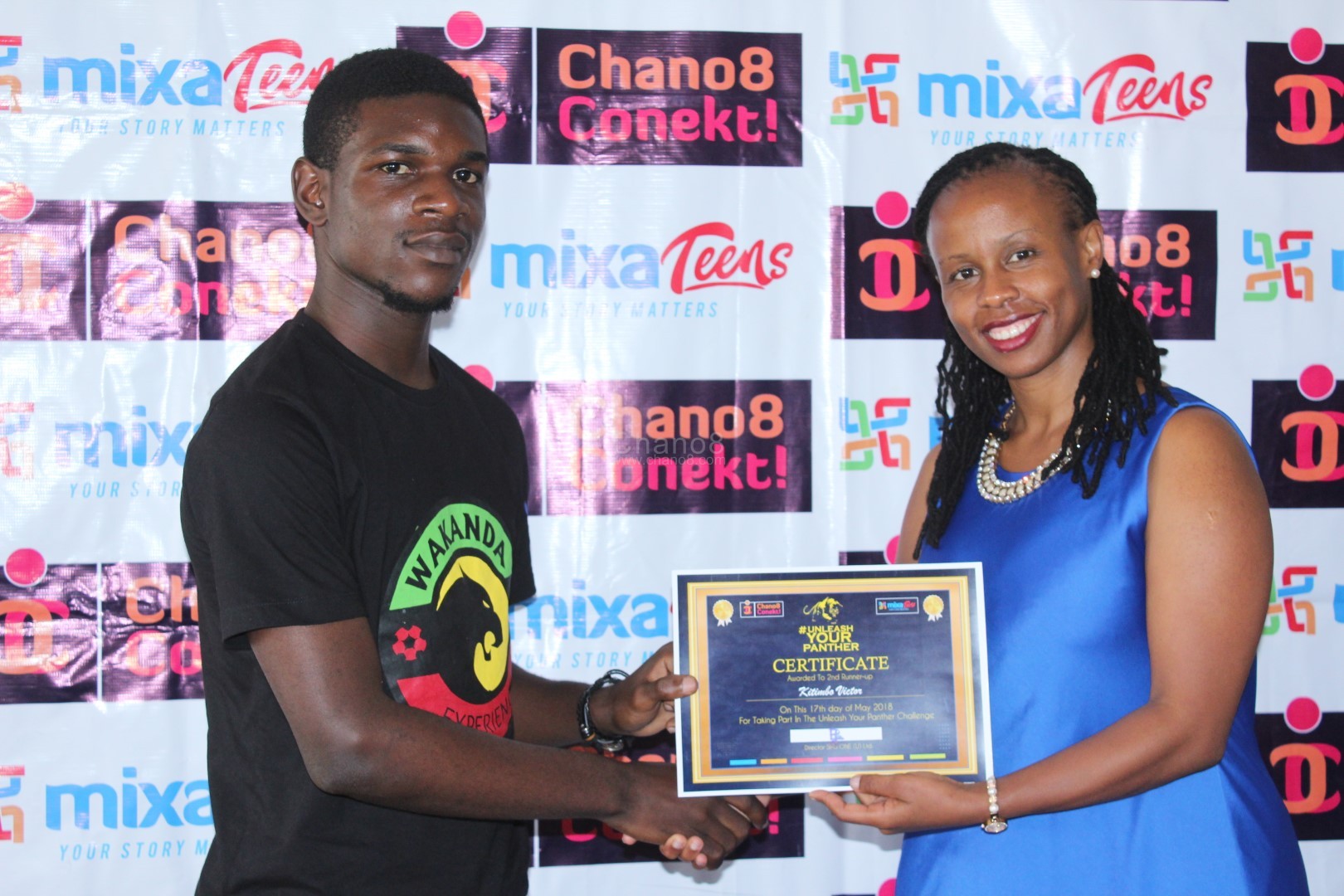 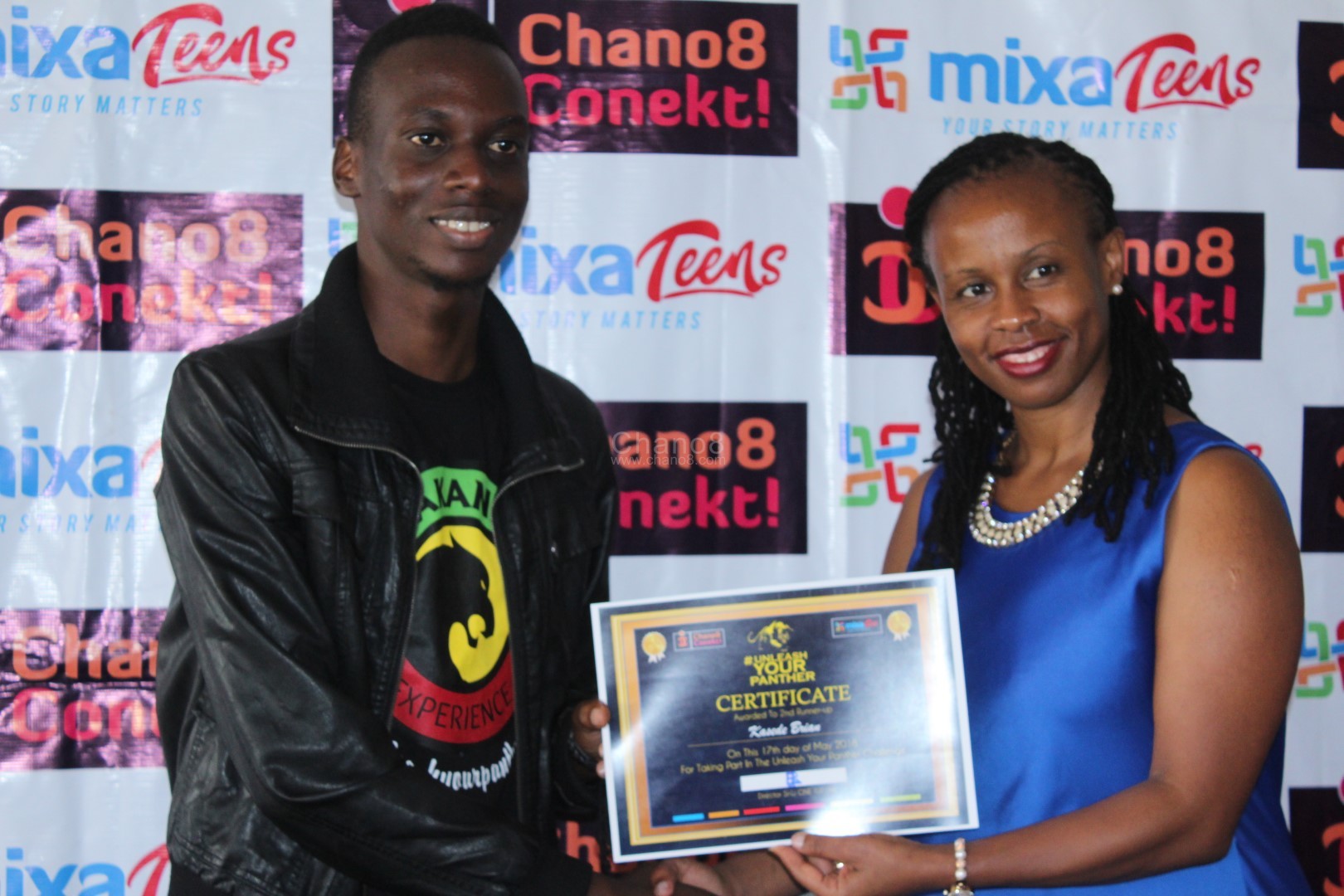 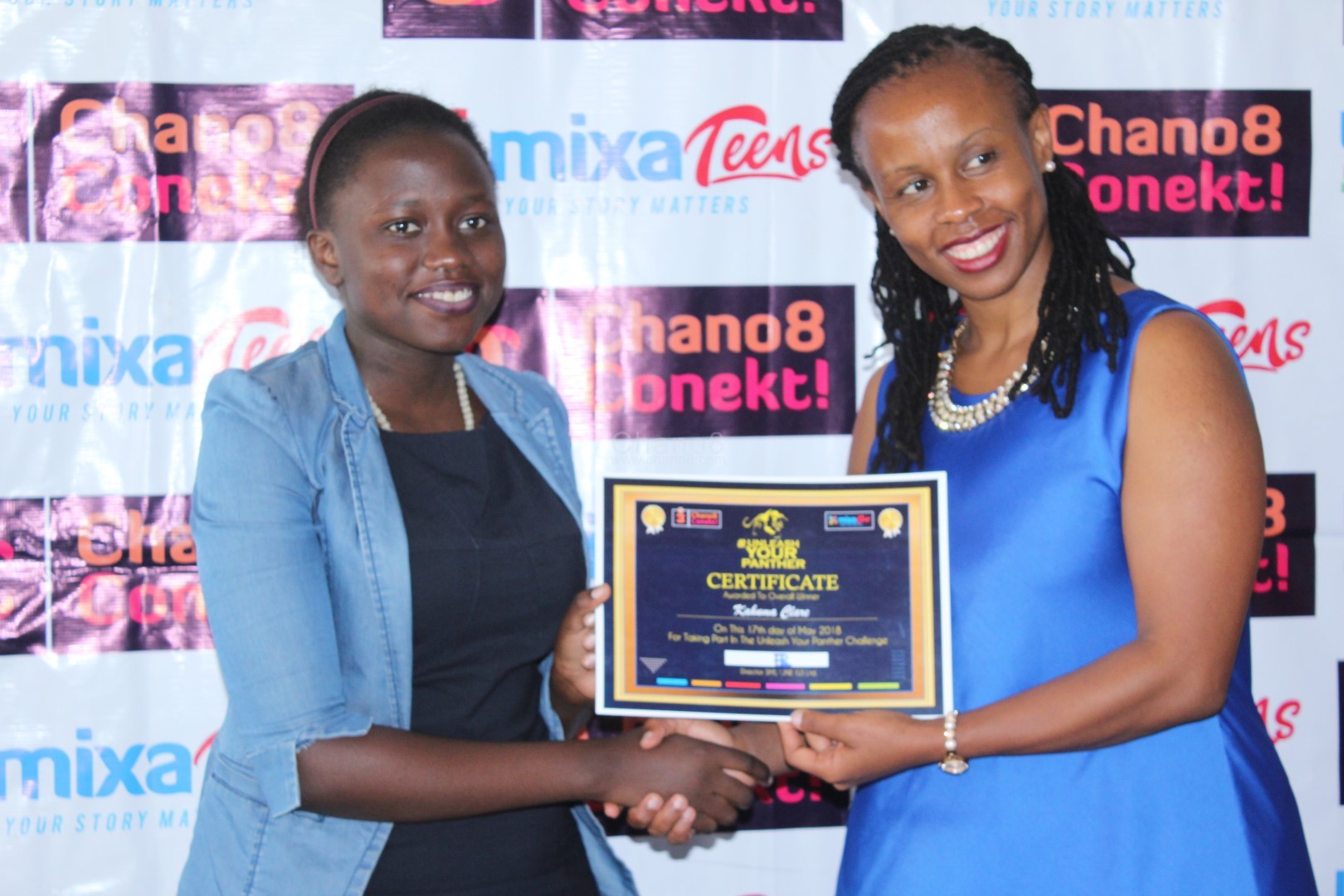