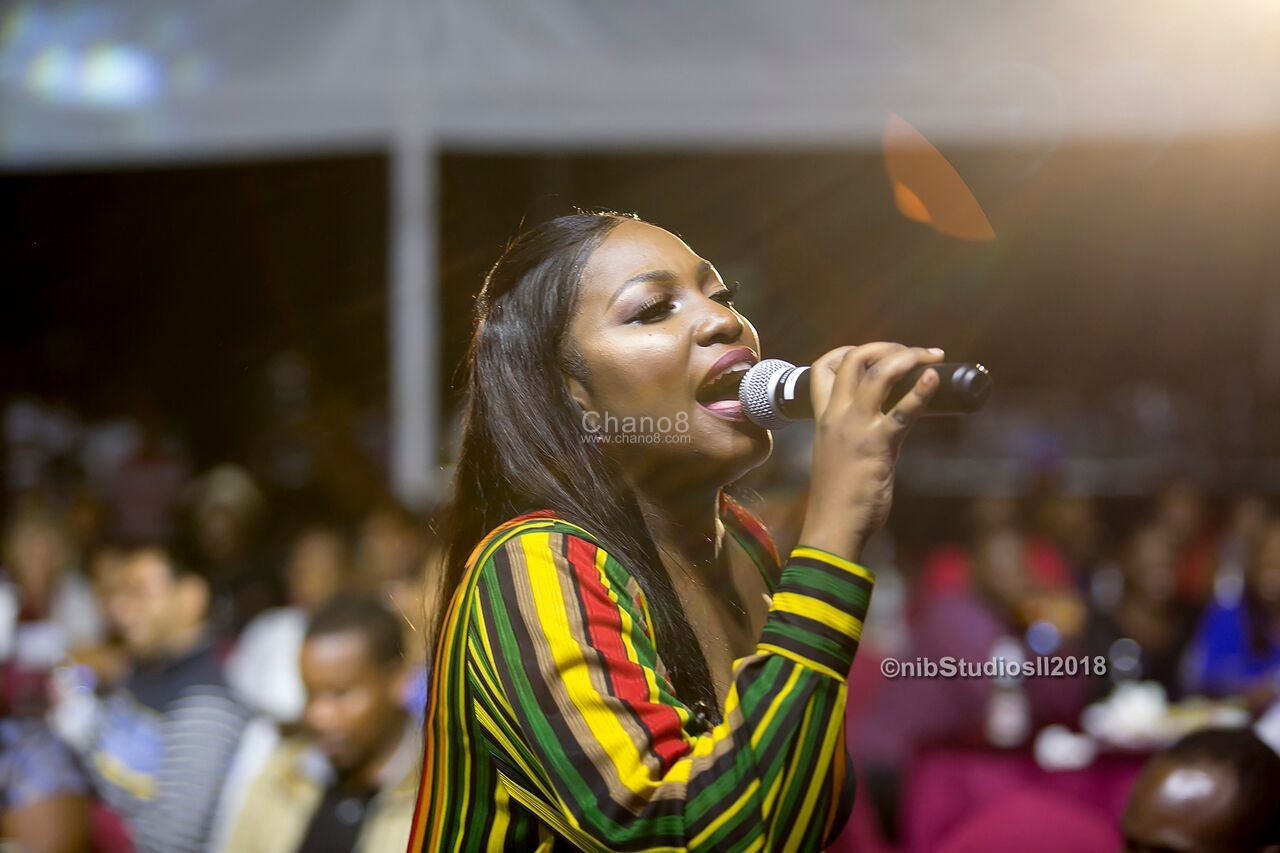 Her abrupt leave from Swangz Avenue a record label that had nurtured her music talent for 5 years was surrounded with a lot of controversy with no real facts brought to the table. Up to now we have never known why Irene left Swangz despite the fact that she claimed that it was her time to try out a single career.

As you are already informed that Swangz Avenue is celebrating 10 years in the entertainment industry this year, they want to celebrate the decade of their good services with their fans countrywide. For that matter, they partnered with Bell Jamz to come up with the ‘Swangz All Star Tour’ where they will be bringing top notch Kampala artistes closer to their fans in the Eastern, Northern, Western and Central regions of Uganda

At the launch of the ‘All Star Tour’, headlining artistes were unveiled and what surprised us was how Swangz  invited their former artiste Irene Ntale alongside others. If you saw the first artwork of  the tours, Irene was there but a few days after the launch, we were surprised how Ntale was scrapped off the artwork, a confirmation that she will not perform.

“We just couldn’t be able to make it, as for now we are focused on the concert” was Sandra Ntale’s response to Chano8’s question of why was Irene scrapped off the Swangz All Star Tours?.

Basing on the fact that Irene Ntale is a busy person preparing for her ‘Ntale Unchained Concert’ slated for July the 6th at Kampala Serena Hotel, that could be maybe be one of the reasons Ntale couldn’t make for the Swangz tours.

After leaving Swangz, there were other allegations that she had allegedly fallen out with Veronica Lugya now Dancehall artist Vinka who was her manager those days but we shall leave them as rumours anyway.

It is now a year since Ntale left the Muyenga based record label and so far so good going by the success she has had since then. Her songs have been able to stay in her fans’ ears proving wrong the critics and enemies who had said she wasn’t going to make it after Swangz.