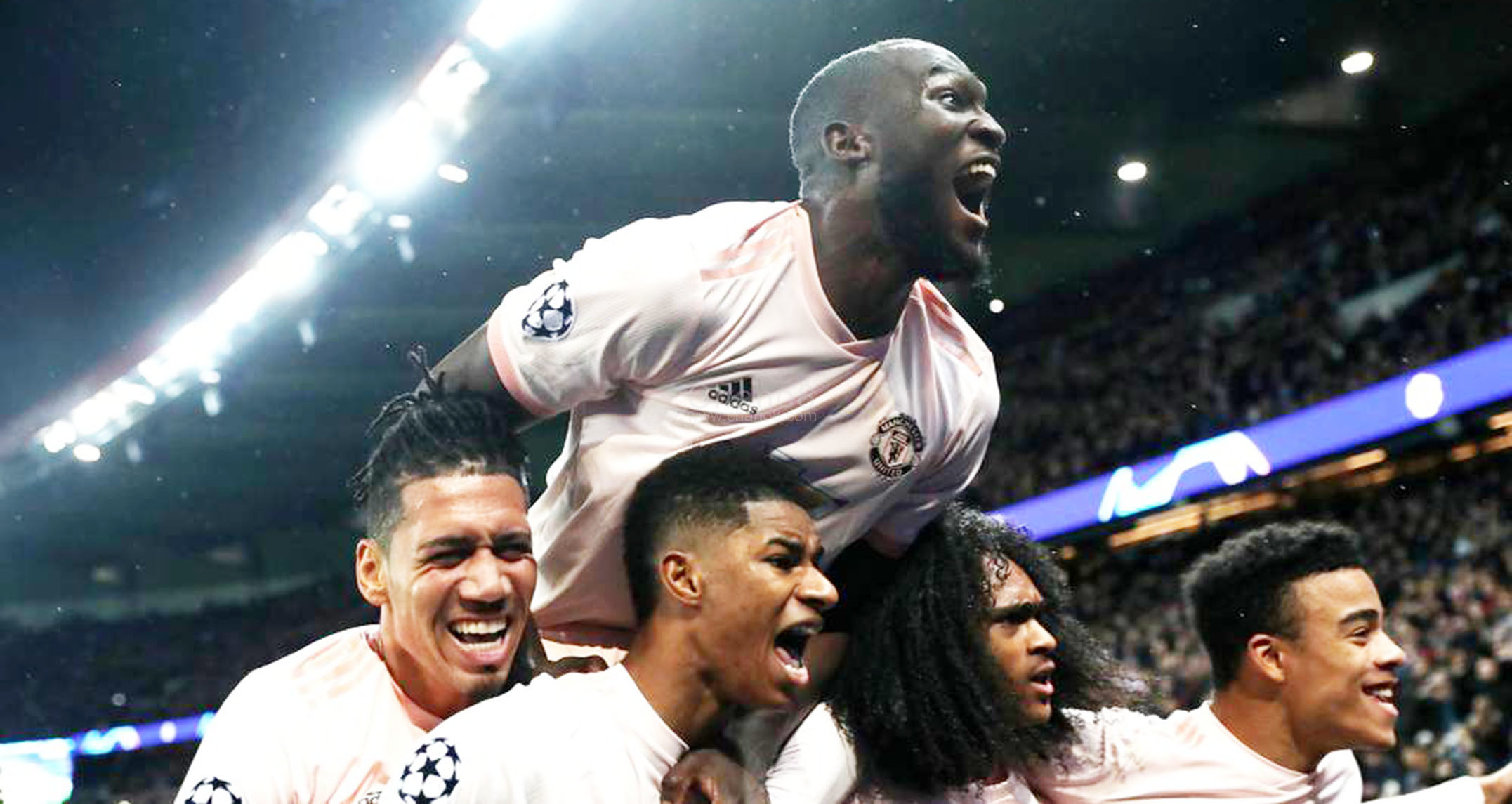 Manchester United became the first team in Champions League history to progress to the next round after losing by two or more goals at home in the first leg of a knockout match.

United who was beaten 0-2 at Old Trafford a fortnight ago needed a miraculous comeback to overturn the result if they were to progress to the next stage and indeed they did just that last night.

With the odds firmly stacked against United in Paris, they however became the first team in Champions League and European Cup history to turn it all around after the 107th time of asking, to overcome a 2-0 or greater home first-leg deficit to the shock of the home crowd.

It was a cool Marcus Rashford who scored a nerveless injury-time penalty as the premier league side staged an incredible comeback to beat Paris St-Germain 1-3 on the night and progress to the Champions League quarter-finals on away goals. 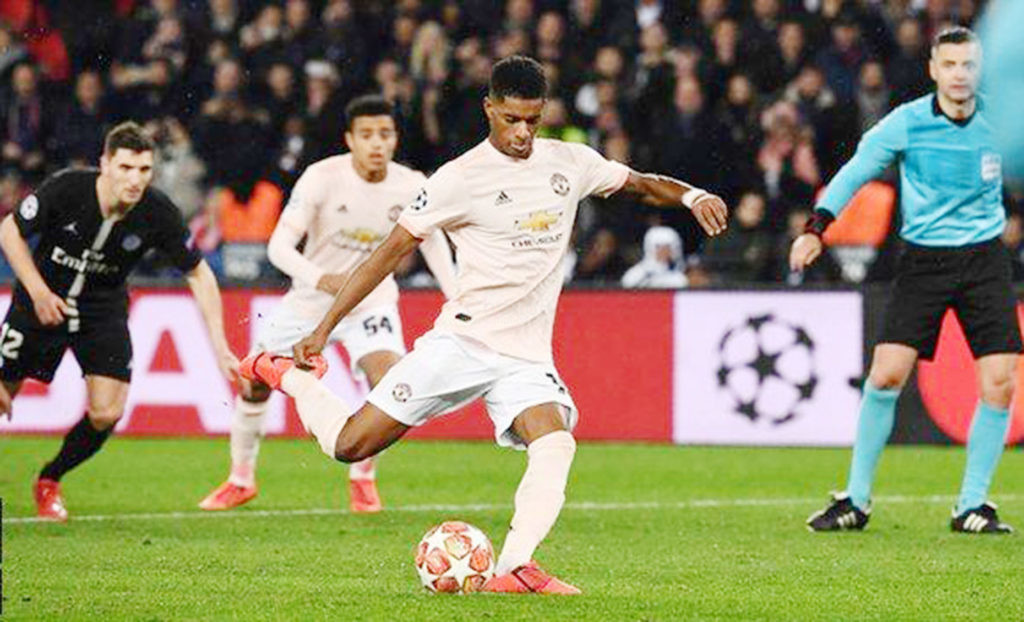 Ole Gunnar Solskjaer’s visitors got the perfect start thanks to Romelu Lukaku’s opportunist strike after two minutes, the Belgium striker latching on to Thilo Kehrer’s blind backpass and finding the net.

PSG equalised on the night to move 3-1 ahead on aggregate when Kylian Mbappe fed a pass to the unmarked Juan Bernat, who slotted home at the back post. But the drama was not yet over. 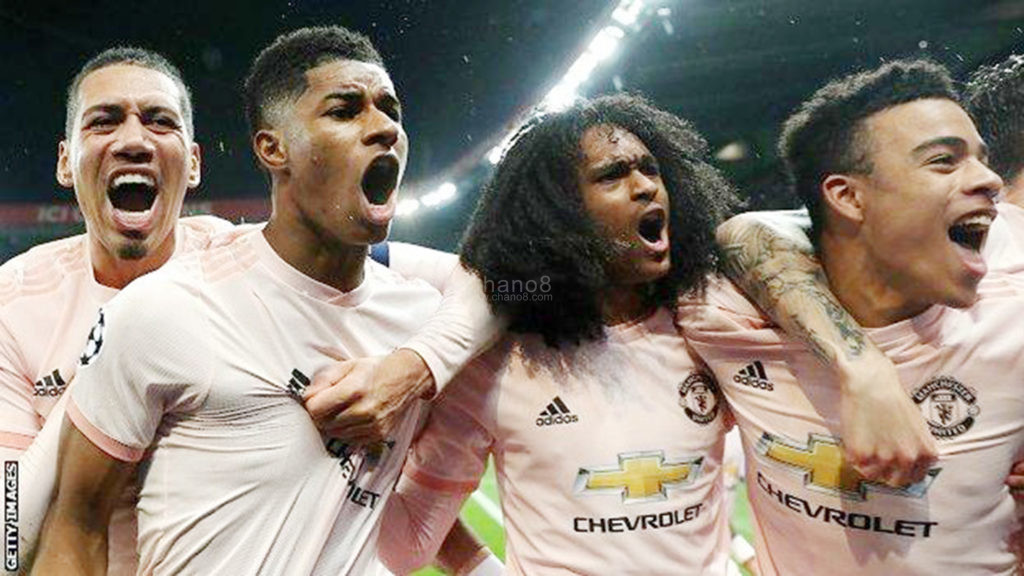 United players celebrate after the win.

With 10 first team players out due to injury and suspension, United’s problems seem to have increased when an out of sorts Eric Bailly playing as a makeshift right back, who endured a torrid 35-minute spell, limped off injured to be replaced by young Diogo Dalot who instead brought stability to the back. 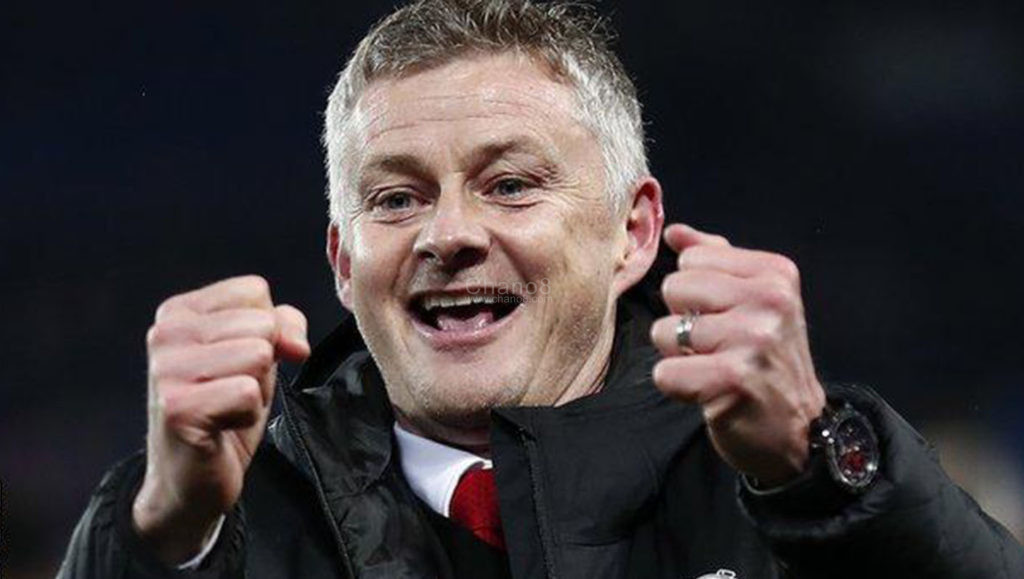 Solskaer has not only changed the mood in the United dressing room, he has also made some tactical changes that have worked wonders.

The game appeared to be petering out to its conclusion before subsitute Dalot’s speculative long-range strike hit the arm of the unfortunate Kimpembe, and after a long delay while the referee consulted his pitch-side monitor, Rashford’s ice-cool penalty sealed a remarkable win. 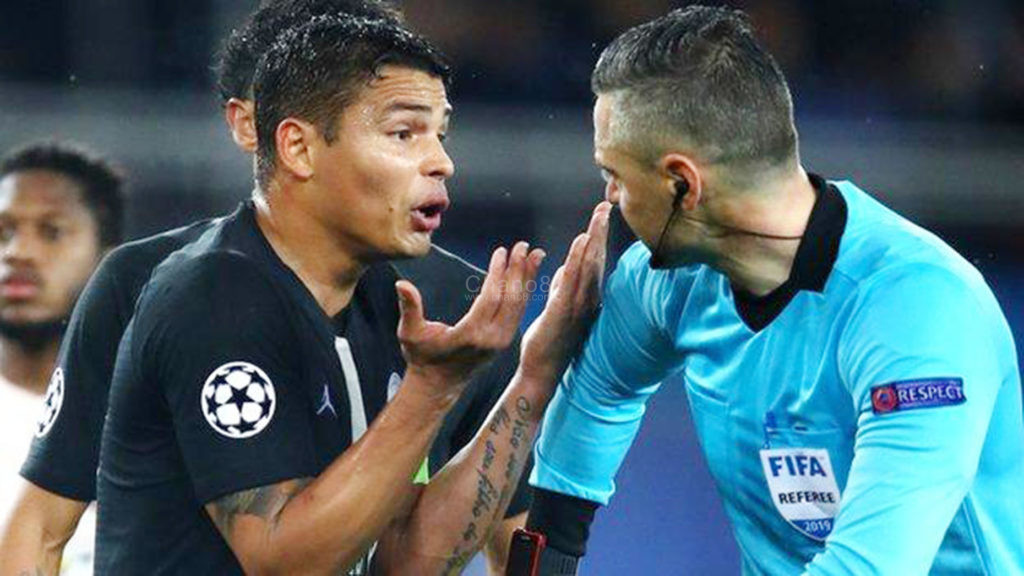 PSG Captain Thiago Silva pleaded with the ref to not award the penalty in vain.

And United had to survive until the game’s 100th minute before joyously celebrating a famous Champions League victory in front of their boisterous travelling support at the final whistle.