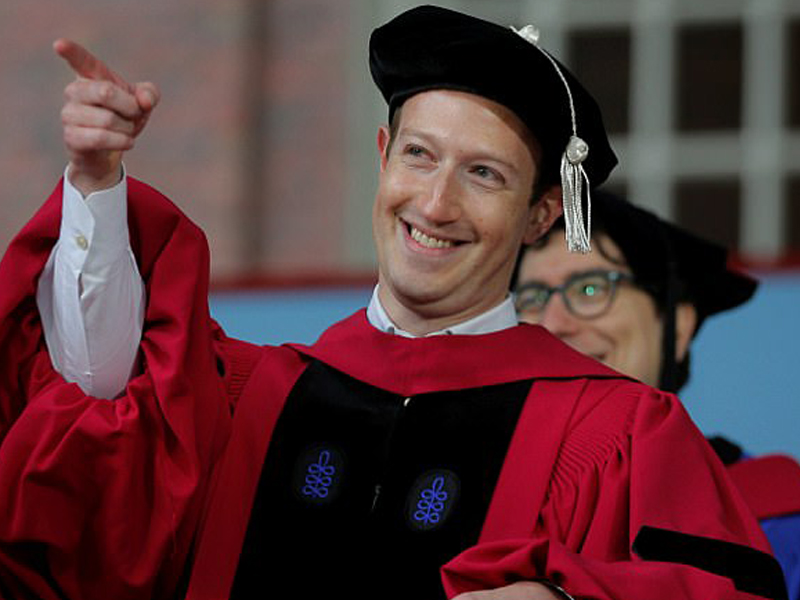 Who said that successful and wealthy people don’t need to study? Education is good foundation every parent should at least try to give their children and nothing brings joy to parents like seeing their children graduate with a degree or diploma.

Well, Facebook founder and owner Mark Zuckerberg brought smiles on his parents Edward and Karen Zuckerberg’s faces when he returned to school and got his honorary degree in Law from Harvard University which he dropped out of 13 years ago to concentrate on Facebook and swore never to come back then. 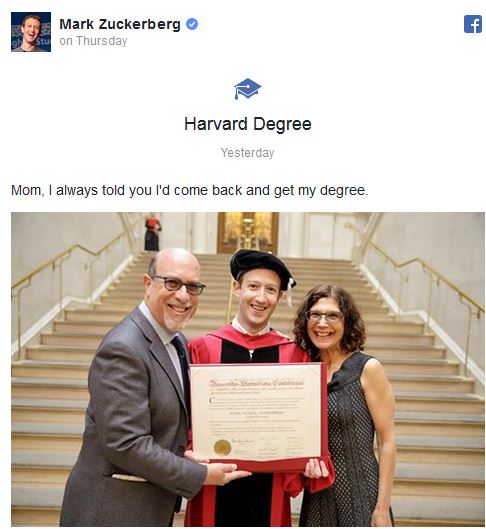 Despite the fact that Zuckerberg who is world’s 5th richest person worth 62.3 billion dollars swore never to return to Harvard, yesterday Thursday the 25th of May, he returned to the university to pick up his degree and he also addressed the other graduates.

“I’m honored to be with you today because, let’s face it, you accomplished something I never could. If I get through this speech, it’ll be the first time I actually finish something at Harvard. Class of 2017, congratulations.” Zuckerberg said 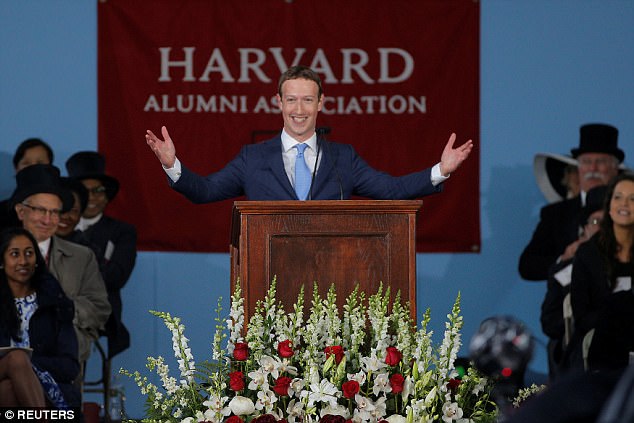 “You’re graduating at a time when this is especially important. When our parents graduated, purpose reliably came from your job, your church, your community. But today, technology and automation are eliminating many jobs. Membership in communities is declining. Many people feel disconnected and depressed, and are trying to fill a void.” He added

Mark Zuckerberg features in a long line of university dropouts who became millionaires after founding technology companies with Bill Gates and the late Steve Jobs being among them. Zuckerberg’s degree comes 13 years later, a little quicker than it took Bill Gates, another famous Harvard University dropout to get his. Gates, who left to found Microsoft in 1975, did not receive his honorary degree until 2007. 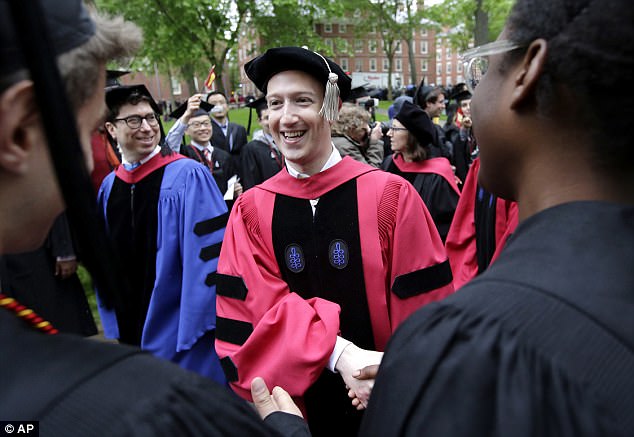 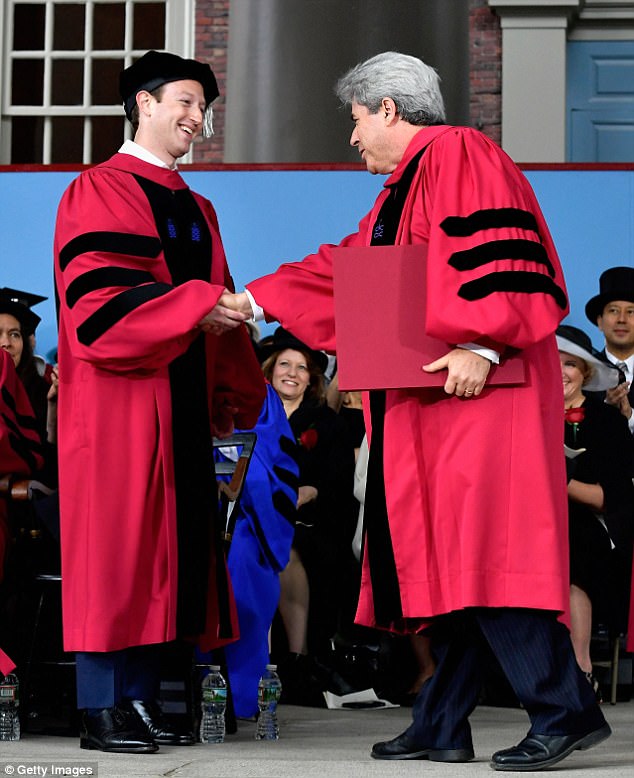 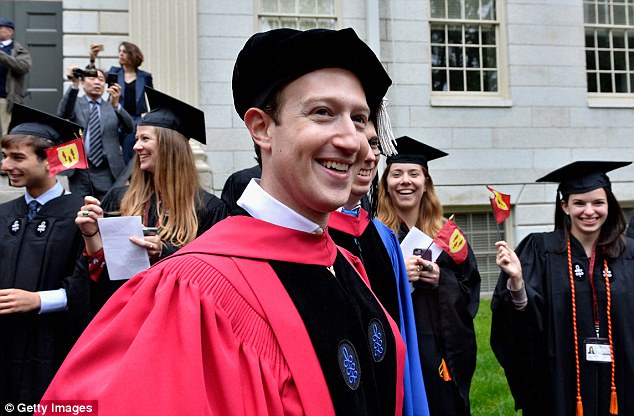 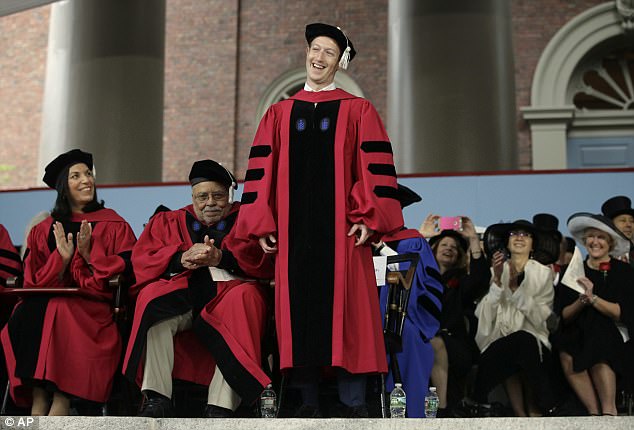