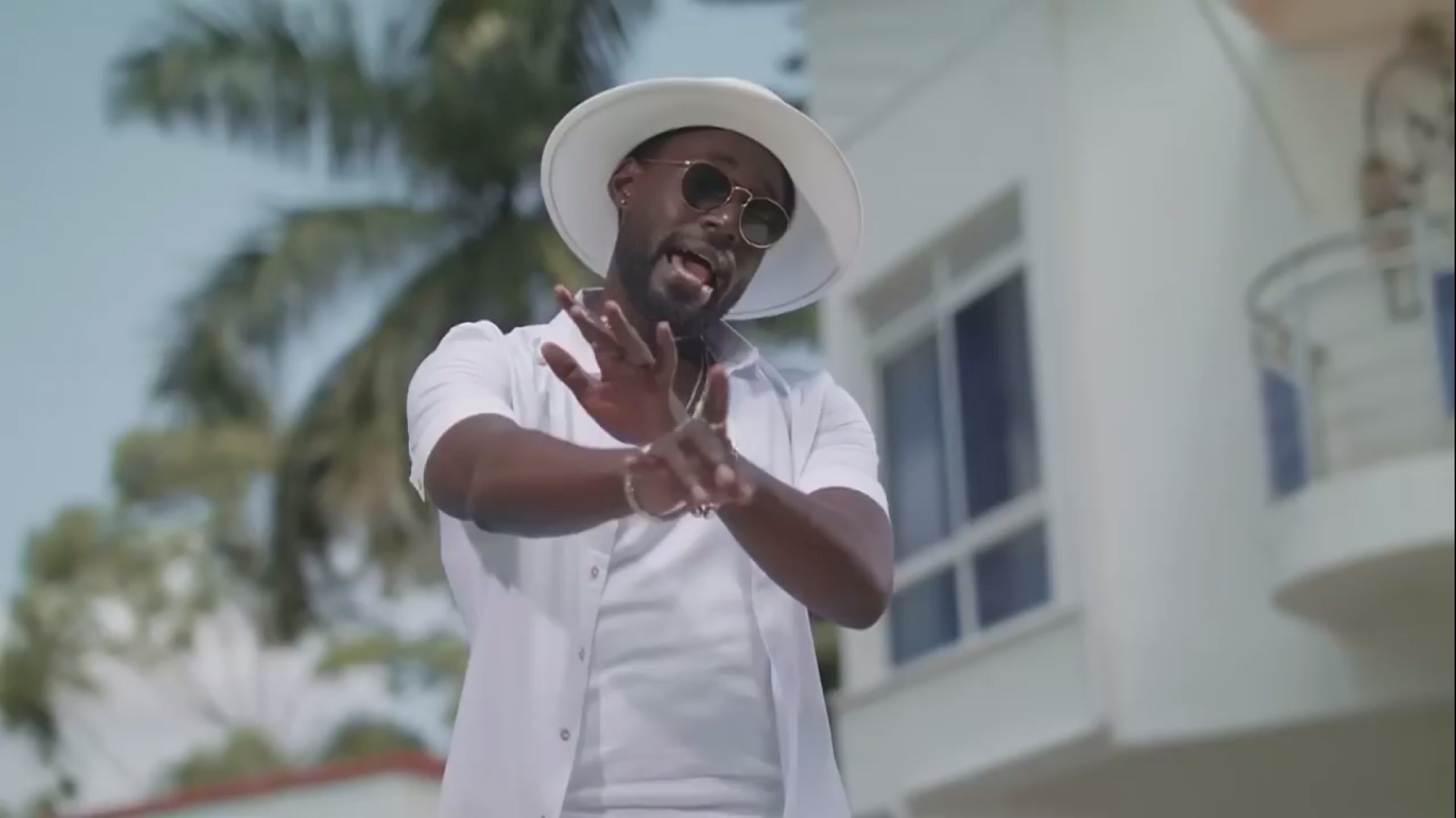 ‘Mwooyo’ Luganda for soul is a music genre that singer Maurice Kirya has taken to another level with the hit songs he has released and undoubtedly, Maurice is truly on top of his game. However, aside from doing this music, Kirya recently showcased that he can also do Zouk with his recent song ‘Insane’ being a very good example that he used to prove to hi fans.

Produced by Andy Music, ‘Insane’ is a love song in which Maurice expresses his unrest after the woman of his love leaves him over reasons he does not disclose. Just like any other person whose lover leaves them mysteriously, the girl cannot get over his mind because of the  insane love he has for her.

Lyrics like ‘I have loved you for many days and I will love you for eternity’ explain how much he cherishes the girl so her come back would be Maurice’s joyous moment.

Shot and directed by Savy Filmz’s Sasha Vybz at one of the mansions in Bugolobi, Kampala, this 3 minutes and 12 seconds video starts off with a scene showing Maurice sitting on a bed in what looks like him walking up in the morning after a long lonely night.

Looking depressed, he then moves outside the mansion and chills near the swimming pool side. With all the loneliness still, he tries to comfort himself like a man by watching TV but all in vain as he throws the remote controller in disappointment before hosting friends at his home.

All his friends come along with their loved ones and they seem to be having a good time sipping on expensive drinks but unfortunately Maurice’s minds seem to be very far and it’s clearly seen that he feels out of place and looks heart-broken.

In more scenes as the video comes to a conclusion Maurice Kirya is seen pulling some rare dance moves while sitting on a bed as well as standing in his sitting room as the rest of his friends still have fun at what looks like a house party.

Maurice Kirya has moved away from his comfort zone to try out something new with the Zouk flow which has worked perfectly well and the song is easy and catchy. Credit has to also go to Andy Music who ‘pushed’ him to do this and did a good job with the production. Already in a few days after release it is being played on many stations and hopefully will become a big hit.

Check out some of the scenes in the video 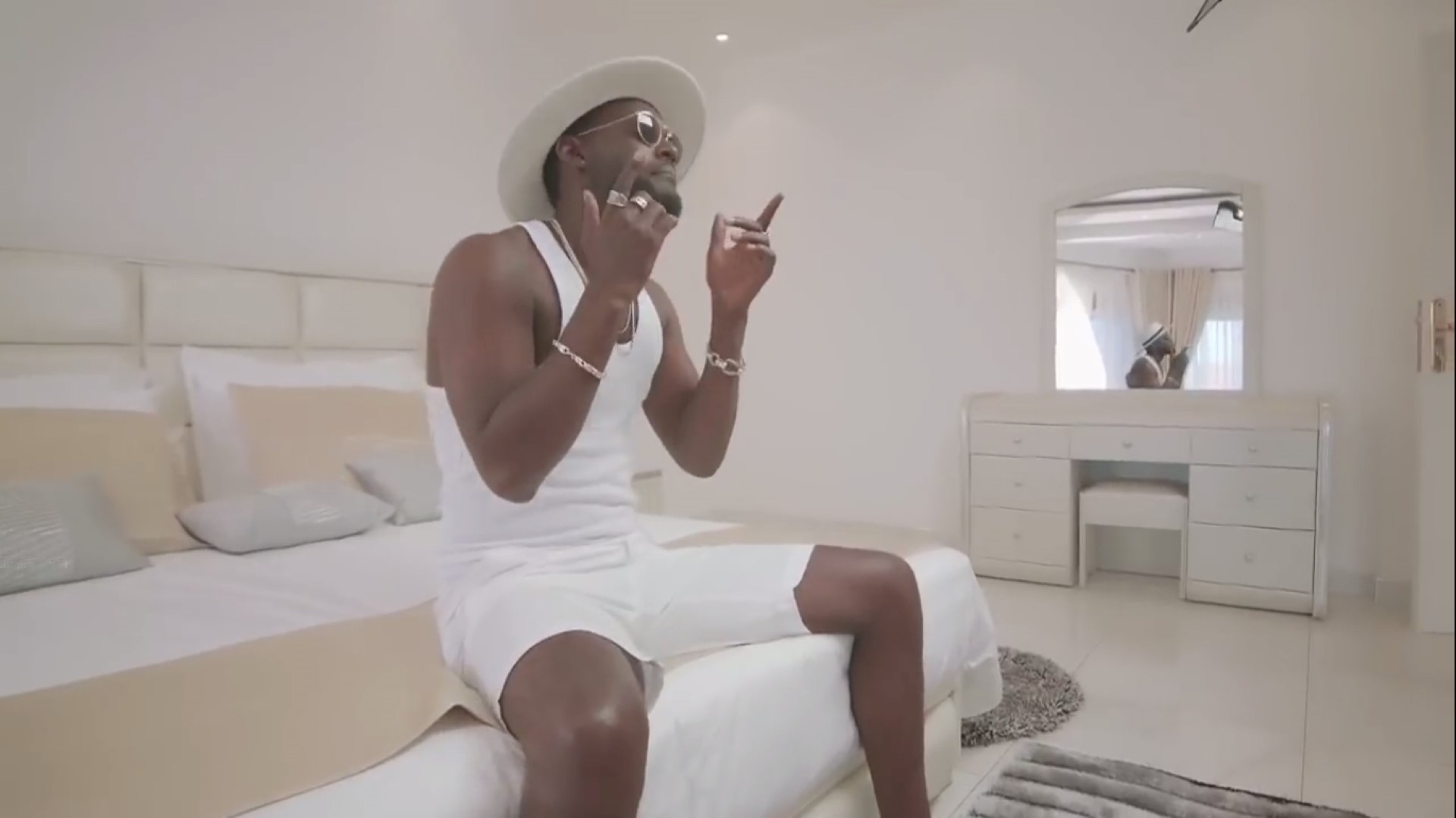 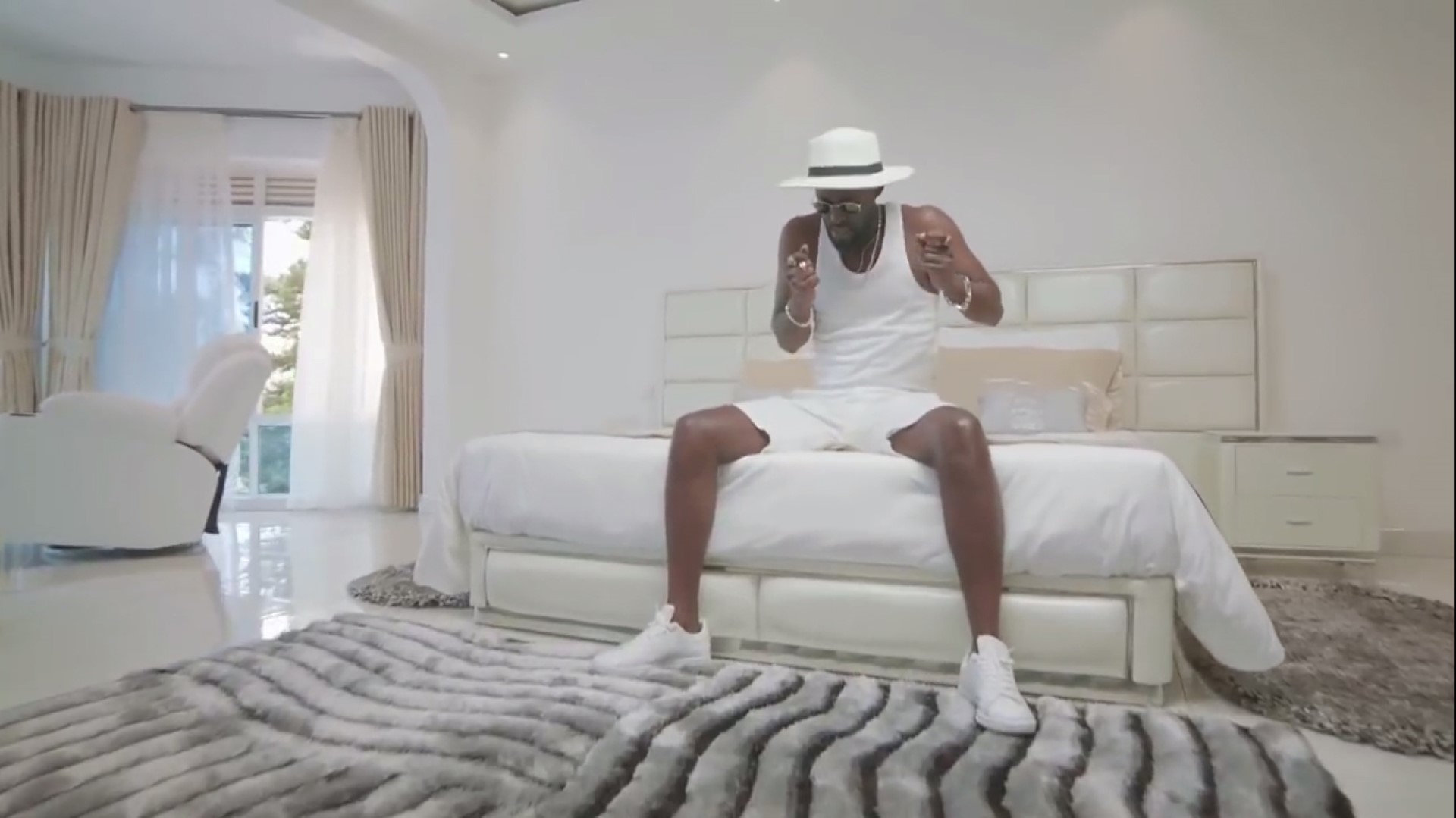 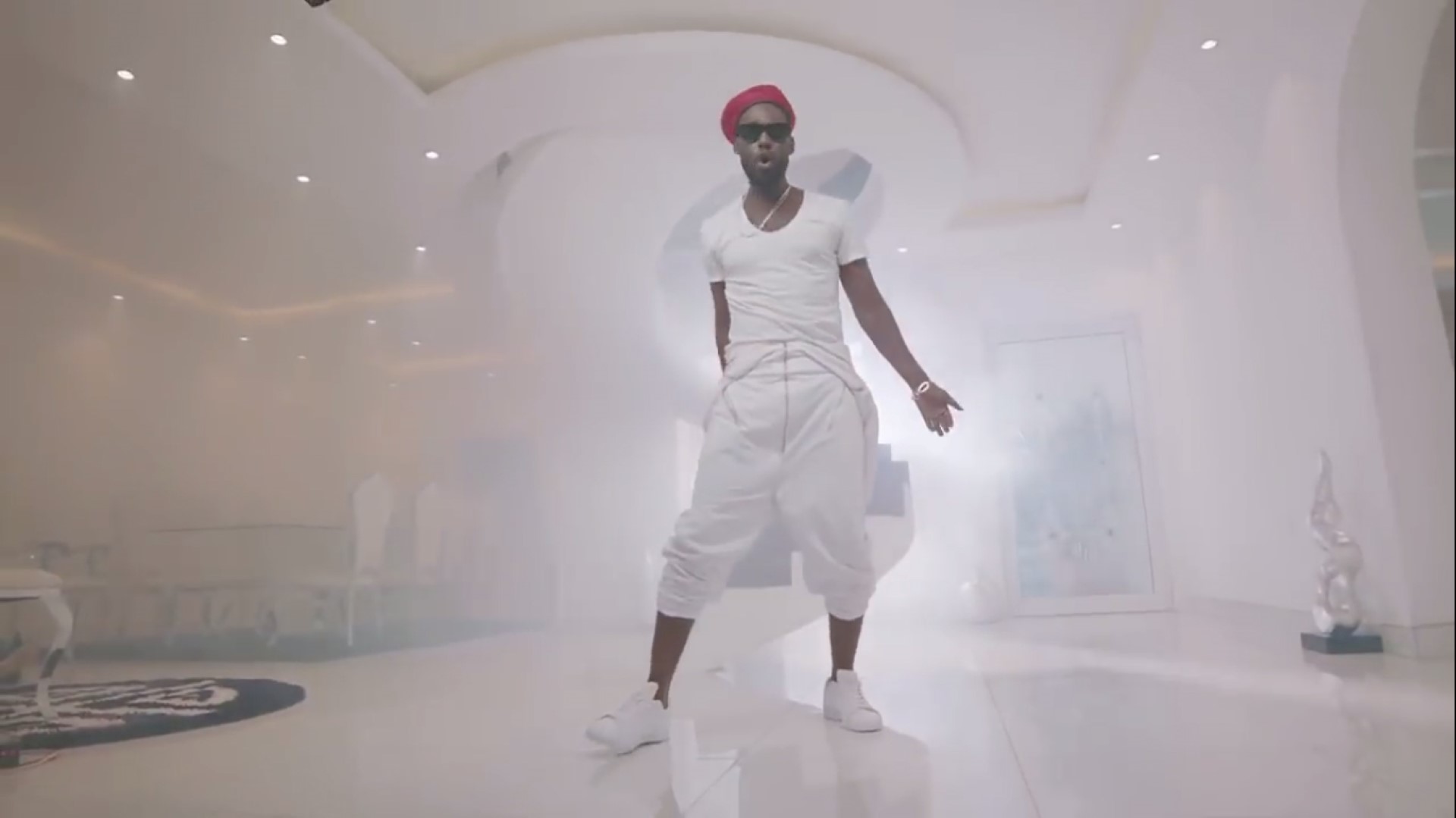 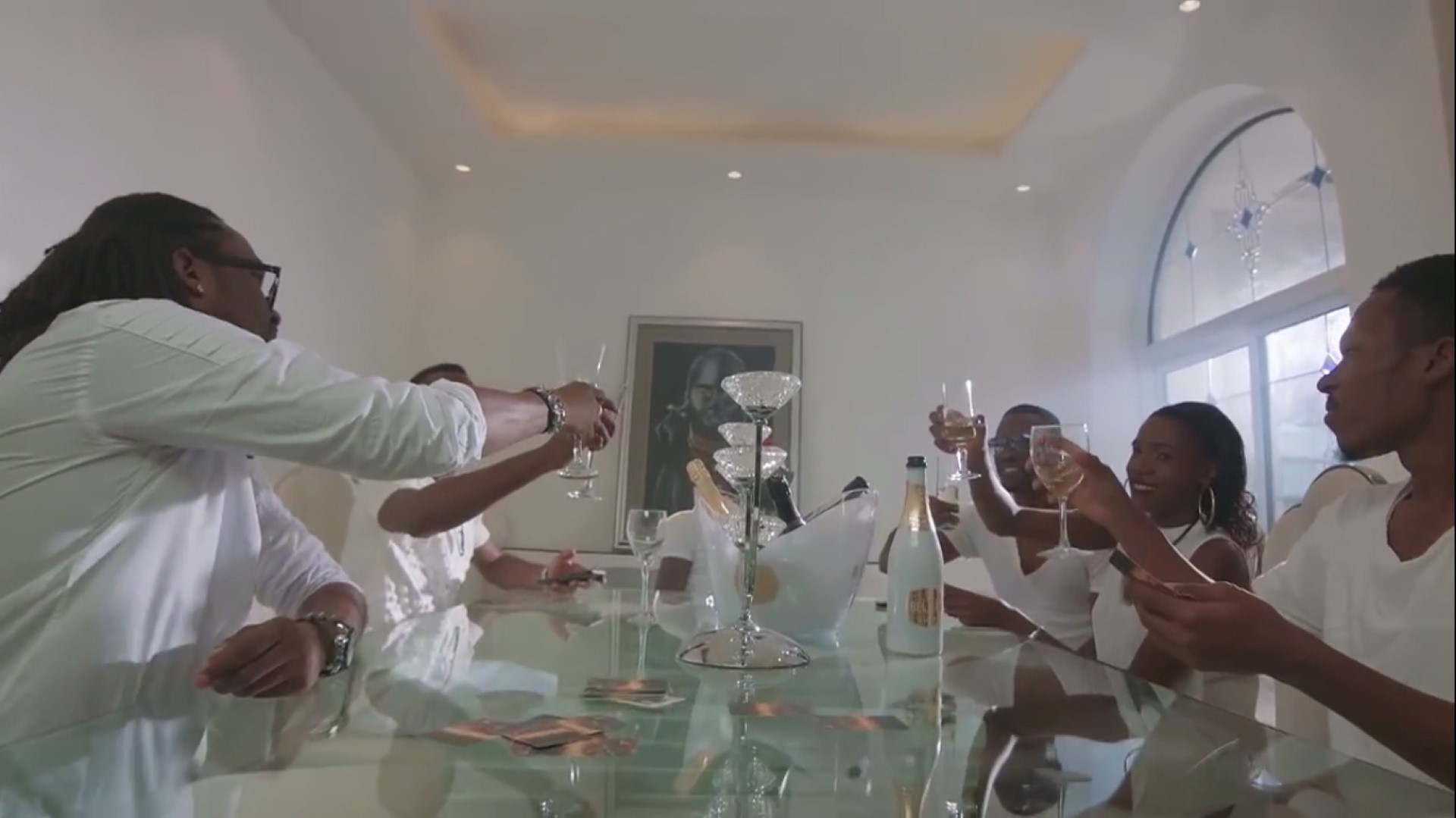 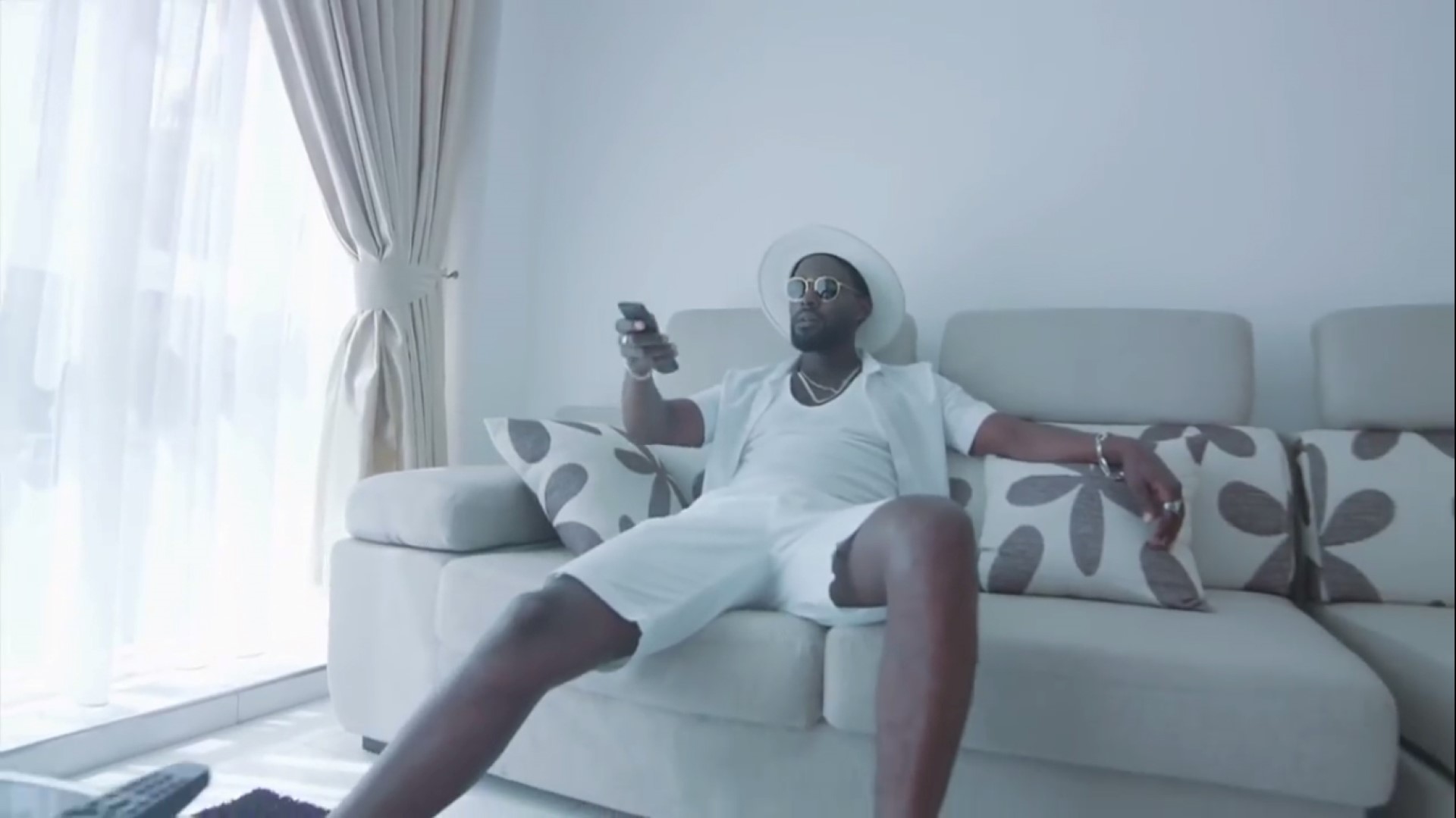 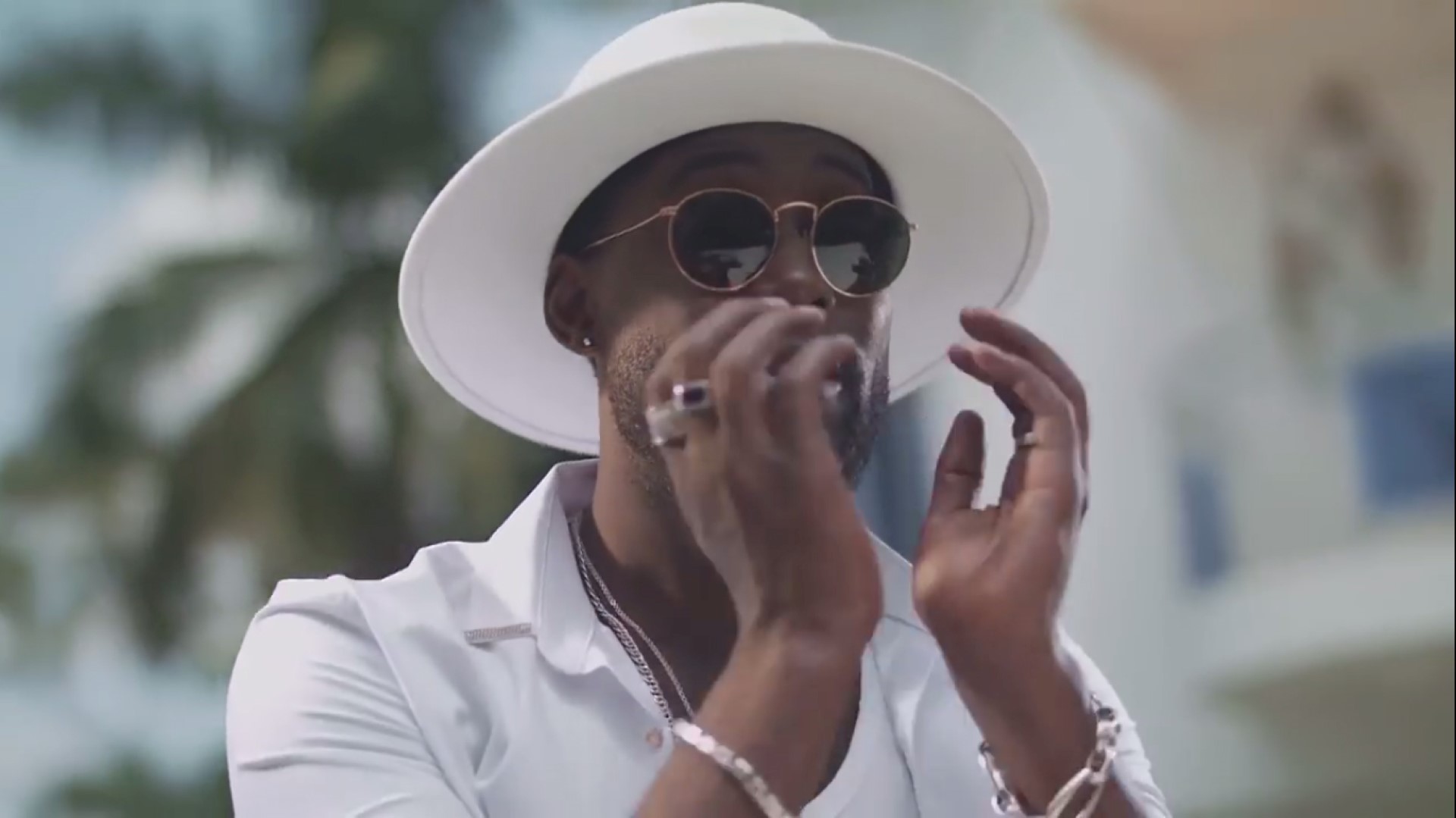 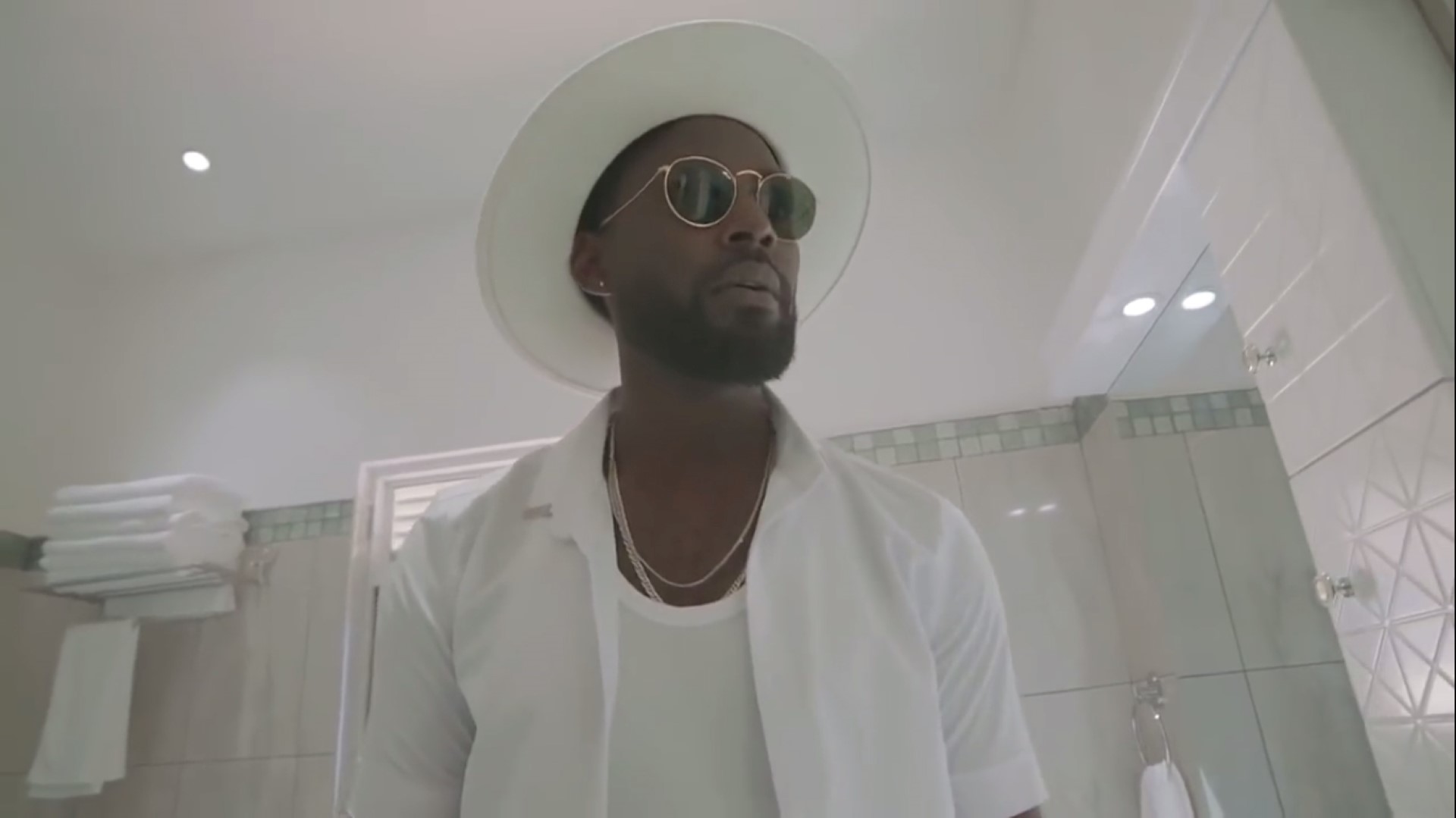 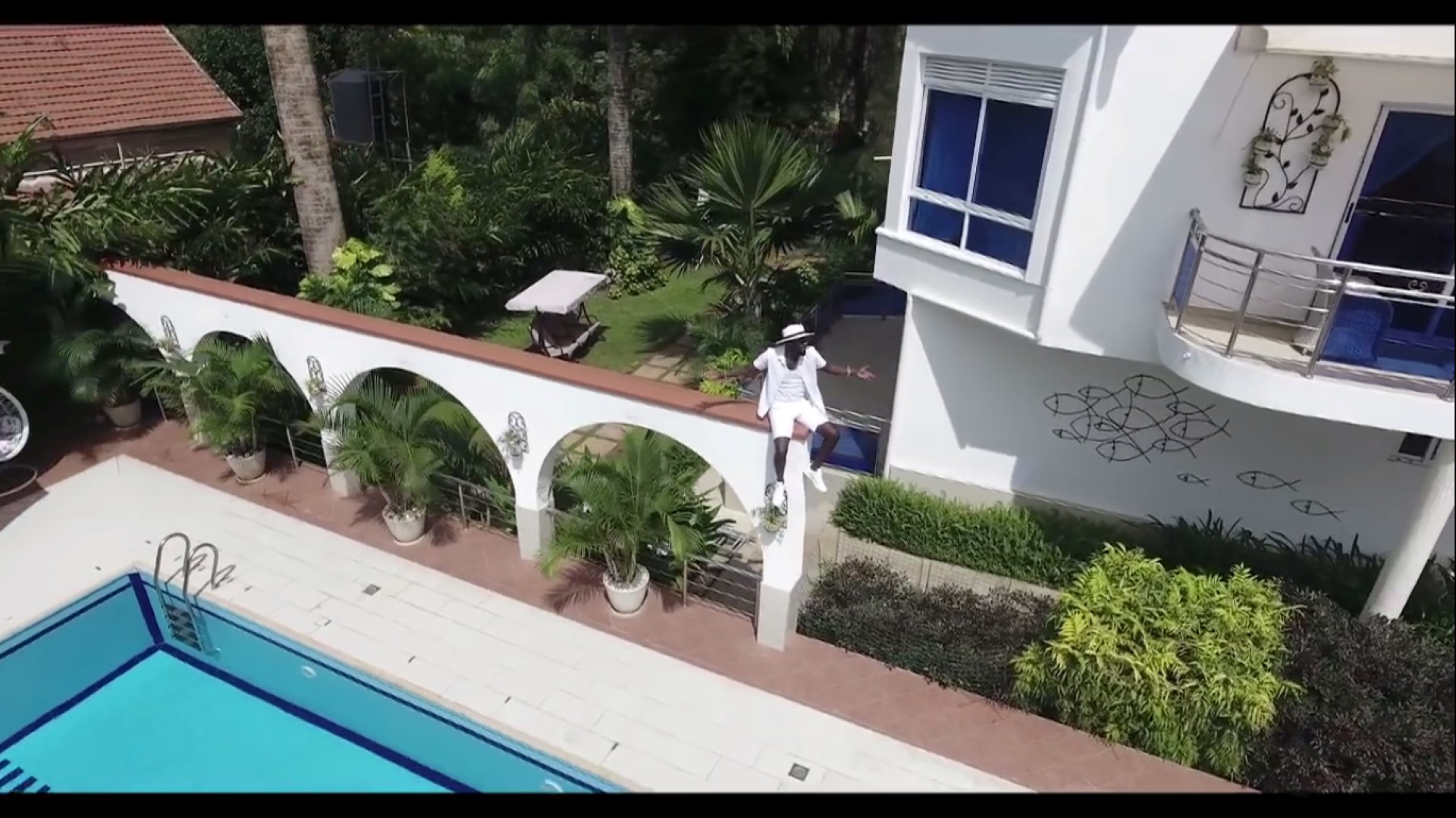 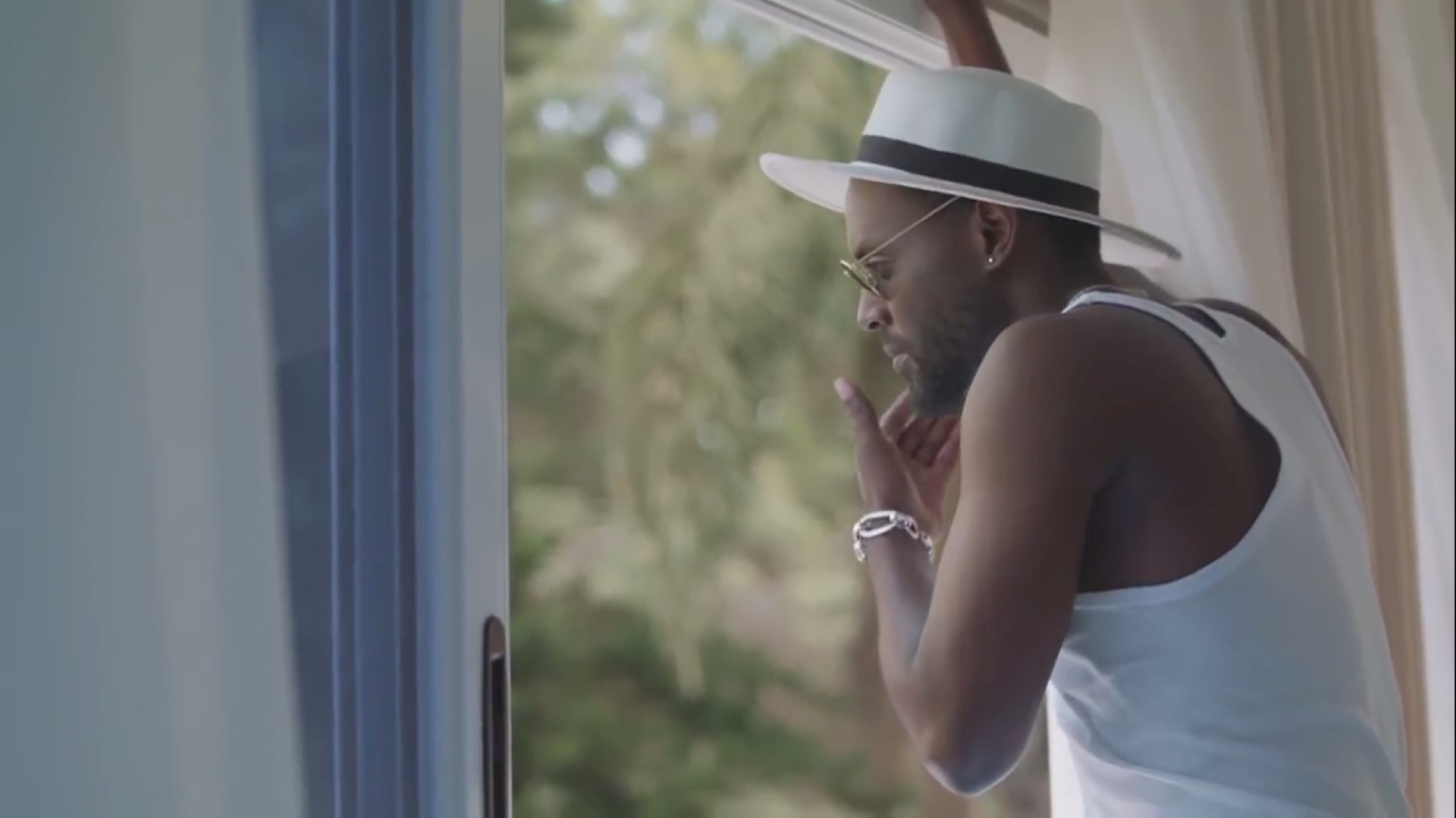 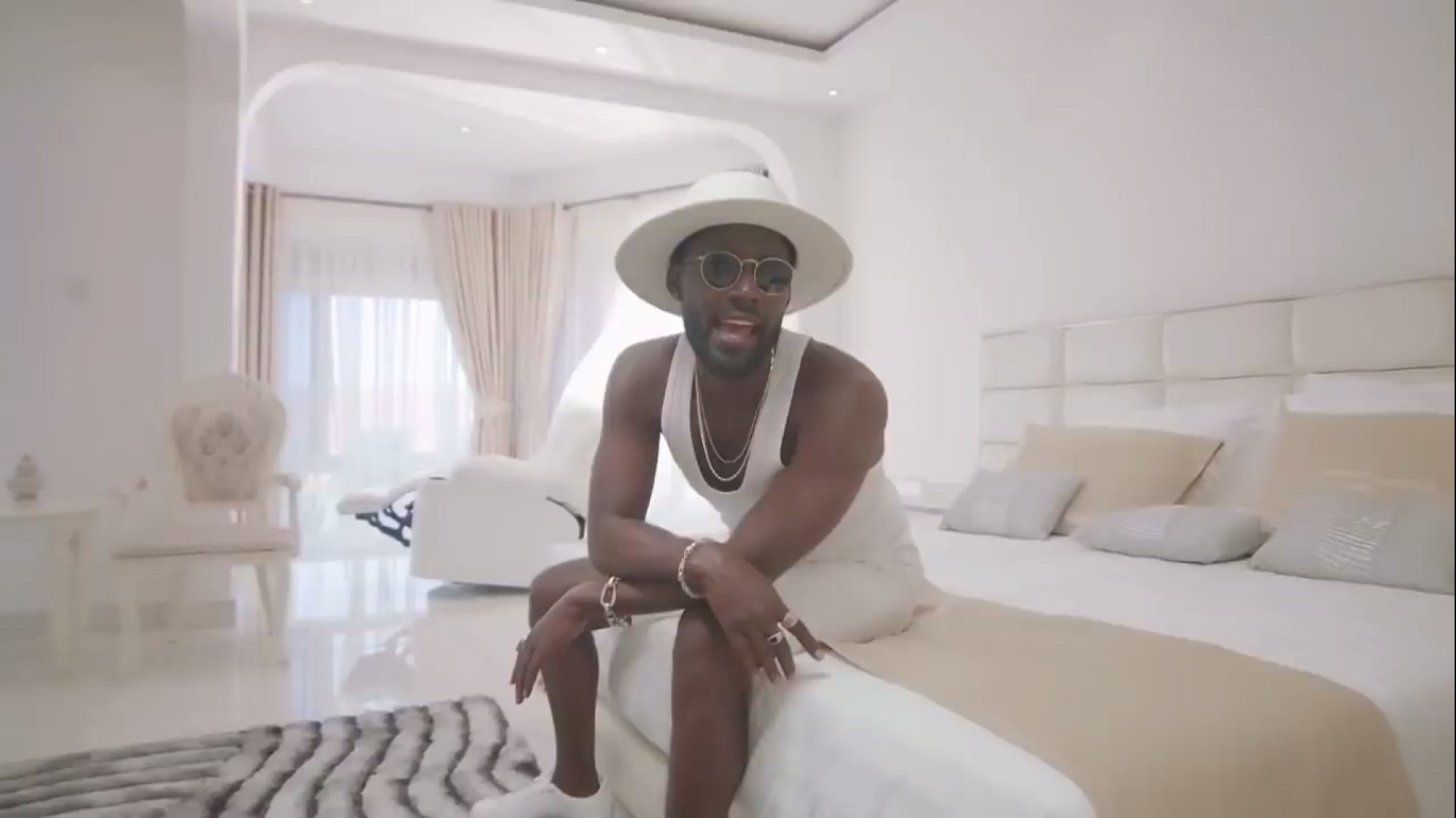