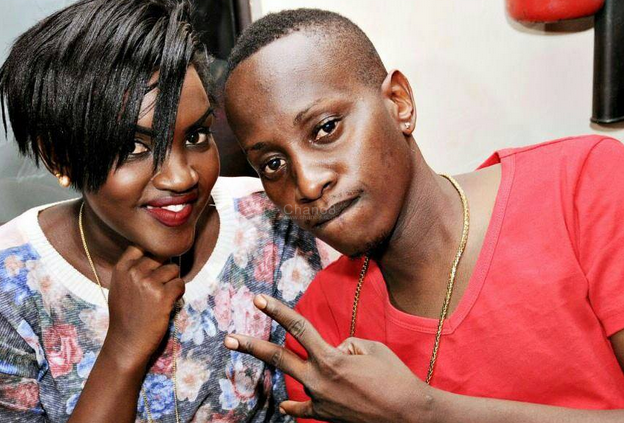 We shall nit dwell much on the MC Kats and Singer Fille’s break up issues but go with what is current. There was drama on Valentine’s Day night at Vegas Chill Out Bar in Kawempe where MC Kats was the host of a Valentine’s Day event that was held there.

Kats spoke a lot of things among which include ranting how Fille has thrown him away yet he got her from grass to grace. “I discovered this artiste when he had nothing on her”. Angry Kats told the revellers while standing on stage after grabbing Fille’s microphone.

Since this incident, a section of the public especially social media users have been criticizing him saying it wasn’t called for. Kats also came out to apologize for his deed

“It was my fault and I take the blame. I got over angry and I couldn’t drink poison.” MC Kats said in an interview with NBS TV Uncut show.

Although he apologized for this recent incident. MC Kats has continued to deprive Fille of the rights to her Facebook and Instagram accounts which he claims has full rights over basing on the fact that he personally opened them when Fille had hit the music industry.

Defiant Fille who seems to have moved on responded to MC Kats’ rant. She said that although Kats claims to have made her everything she is now, it was a collective effort they both contributed to “YES! You found me with NOTHING’ but I was SOMETHING! And together we made EVERYTHING!! My Story With You is a ‘WE’ thing!! Never Forget” Fille posted on her Instagram account