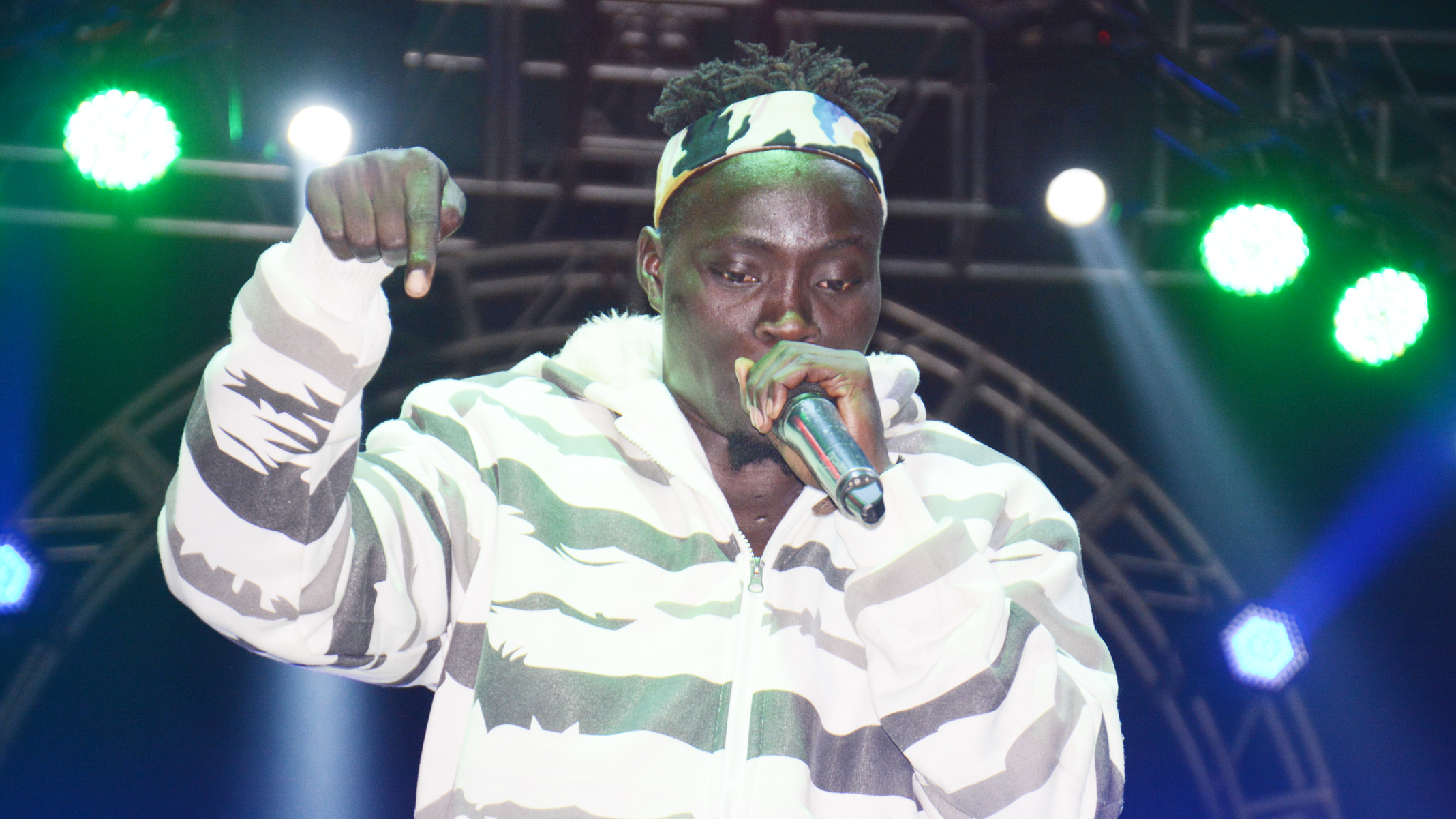 He commands a big following and his words echo deeply into the soul with rich and powerful inspiring messages. Some call him West Nile’s Tupac, many now regard him highly after storming the entertainment scene just a few years back but he simply describes himself as an ‘Indigenous Emcee’ who speaks for his people.

However, one thing we are sure of is that, Gbaraspoken the current champion of spoken-word poetry from West Nile is scaling the heights. Ever since he burst onto the music scene in 2015, he has worked tirelessly to change the face of hip hop and music in general in West Nile. After emerging the winner of the Best Hip Hop artiste of the year (2016) in the just concluded West Nile Entertainment awards, the rapper  known for songs like ‘Aparaka yo’,’Ewule Wule’, ‘Oratasi’ and ‘Kapia’, has set his eyes on bigger things. Chano8 Magazine’s Ruva Roy Collins had a chat with him about life, music and plans for the future.

Chano8: Congratulations upon winning the ‘Best West Nile Hip Hop artist of the year’ award in the recently concluded Westnile entertainment Awards. How does it feel to win this accolade?

The awards mean a promising future for me as a Hip Hop artist, Hip Hop music and West Nile music at large. It shows that there is a great deal of work I put out and a potential am yet to put out there. It also shows that I have a loyal fan base and a great family of people who believe in me without whom, from 2015 when I started, I would not have moved to this moment.

Chano8: Why did you call yourself Gbaraspoken?

Gbaraspoken stands for two things. One, I am an Indigenous emcee whose music is for expressing myself using my mother tongue ‘Lugbarati’ and also for speaking for my people. Secondly, I am an African story teller who uses poetry or call it spoken word poetry to speak out. Playing around with ‘Lugbarati’ and ‘Spoken word poetry’ gave birth to ‘GBARASPOKEN’. And I actually talk a lot as well. I love sharing knowledge with people which is an identity of almost all Emcees. 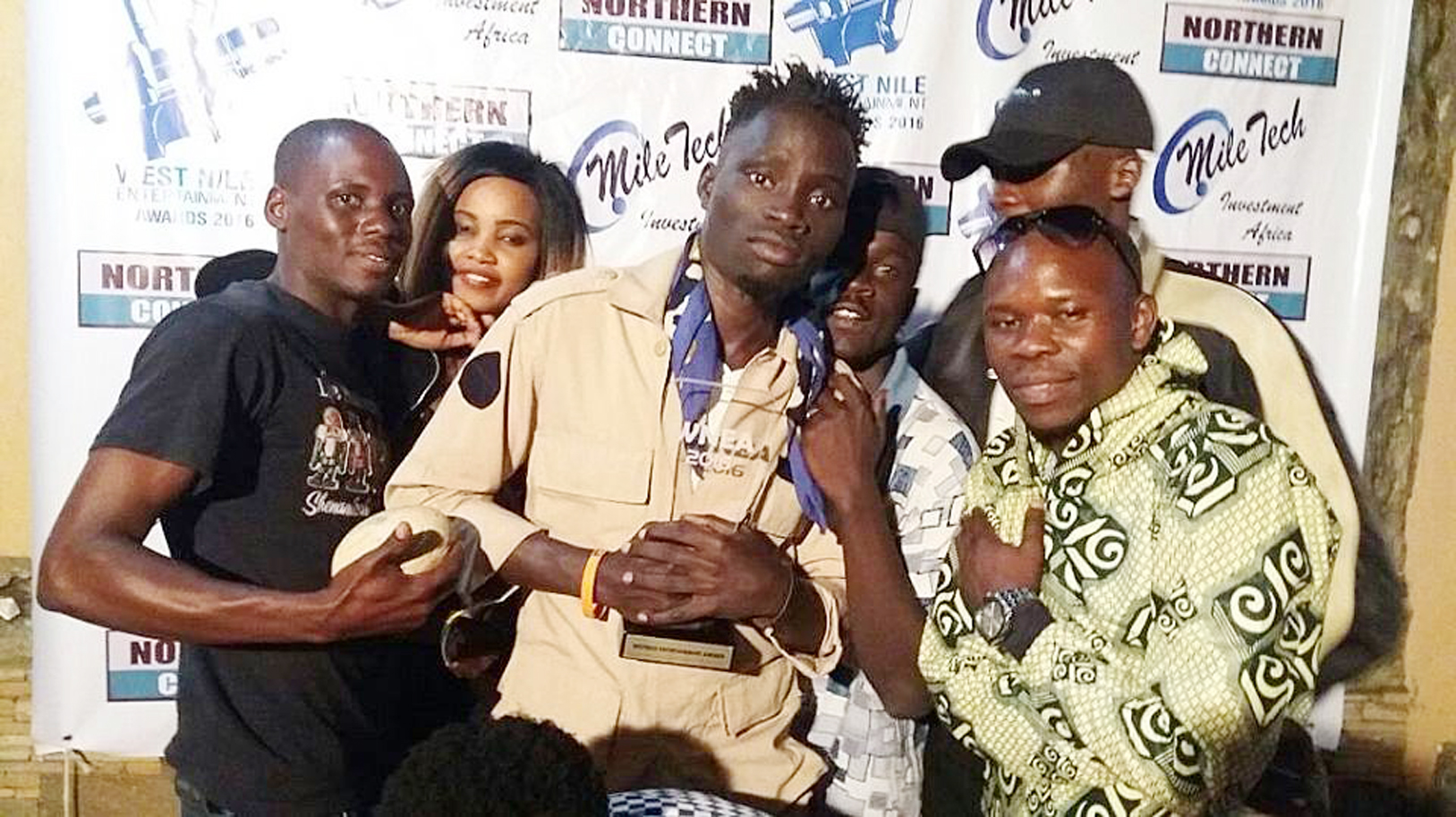 Chano8: When and how did you start music as a career?

I started my music career in 2015 after I quit everything I was doing before, to concentrate on what my heart loved doing the most. I really wanted to focus on my God given talent. I left where I was living to go back home and establish myself. I started with my first single ‘Aparaka Yo’ off my APARAKA YO album that I dropped in 2015 and went ahead to have the first Hip Hop album and launch in the history of West Nile on 18th Dec 2015. I set out to put West Nile on the world map using music; a part of life everyone considers for failures. I chose the lone road. And God has been by my side.

Chano8: It’s a challenging path especially for West Nile. Why did you choose to pursue music as a career?

It might seem to be challenging for West Nile, but the truth is any person from West Nile is like any other in this world. ‘Why not me or us from West Nile?’ was my question. Music is music and the language is music regardless of any geographical location. My music is on platforms used by even the most successful musicians in this world; this means I can do or achieve what any person has done or achieved. And the people of West Nile as well are proud of their region and are supportive in any way. Not only that we do not disregard music on the basis of language or region. Music remains music.

Chano8: In your own words, who is Gbaraspoken? 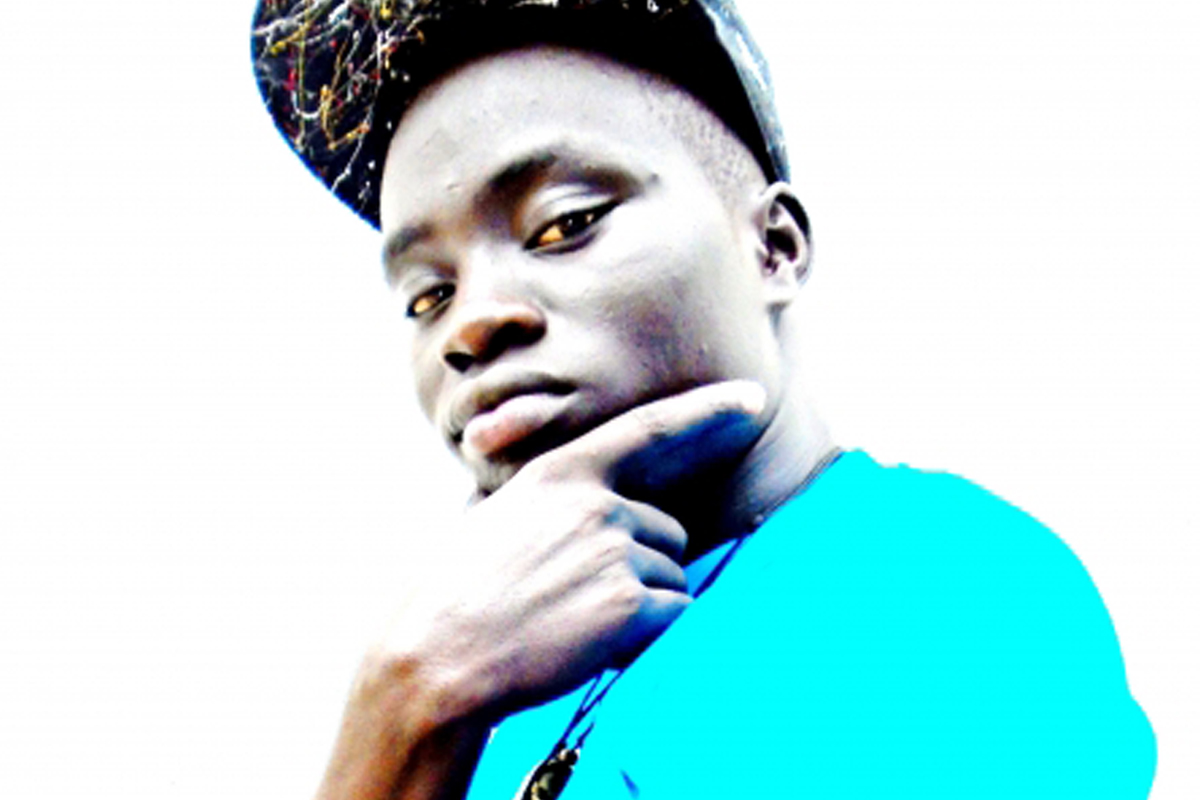 A young Gbaraspoken in an earlier photo

My real names are Milton Maopini McPeter known as GBARASPOKEN; an Indigenous emcee and African Story Teller, recording and performing artist, Hip Hop activist, poet and children’s champion. I come from Arua and was born to Mr Ozele Peter and Sophie Rudraru. I am the second born in a family of nine. I grew up in mostly Arua and Koboko which two places played a very instrumental role in my growth as a musician. I studied at St Charles Lwanga College Koboko and did Education majoring in Literature in English at Kyambongo University. My father as well played a bigger role in shaping the music in me because he archived almost every tape that was sold in the market. Home was full of music playing loudly every day. My mother too did her part. She is one of the best Lugbarati speakers I have ever come across and I think am really her in a different way all together.

Chano8: Who/what inspires you in life and in your music career?

The people who inspire me are not necessarily musicians or rappers and Emcees. I take my music first as a voice to speak out about daily issues. I meditate a lot so the daily issues really inspire me. I simply relate these issues and coin them together to form music and rap them on Hip Hop beats. I am also inspired by activists and freedom fighters who have an idea about what the real life faced by the common man are. Among them are Nelson Mandela and Martin Lutherking. I also draw some inspiration from Tupac, Nas, The Game, Kanye West among others because of their great intelligence and poetry use. The biggest one outside of musicians could be Innocent Nyakuta a son of West Nile whose creativity and music was the sensation of our past and also paved way for all West Nile musicians.

Chano8: Tell us about your music career so far. How many songs/albums do you have?

My own songs are more than twenty but I’ve also been on a couple of features that I cannot easily recall in terms of numbers. I have one studio Hip Hop album ‘Aparaka Yo’ (2015) and my second one is dropping this year called ‘6ix Tears’. I have been on many platforms as a performer and the recent one being the Club Mega Fest in Arua. I also started a youth NGO in 2015 called PLATFORM 503 that empowers the youth using Hip Hop and other elements of creative arts. I have a Hip Hop family called NUKUTA NZEZA consisting of five Emcees PCY, Rapgun, Jerry M.I.A, Revlation and me. I believe the little things I did or do have contributed largely to the growth of Hip Hop in West Nile and now Hip Hop music stands on the same platforms as other genres. Many rappers have sprung up and the competition grows every single day. I also think I have my own contribution to the growth of West Nile music as well. From when I came to the scene to date, it has not been the same.

Chano8: Your best moment as an artiste so?

My best moment as an artist is when I was crowned Best West Nile Hip Hop artist of the year in 2016.

Chano8: You mostly rap in lugbarati. How does it feel working out your messages in a ‘tricky’ local dialect and control your flow as well?

I chose to rap in my own language because I simply do not want my style or art to be associated or related to any other person out there. I needed my own identity and my mother tongue offered the best room. I am a creator using words so I can create anything. 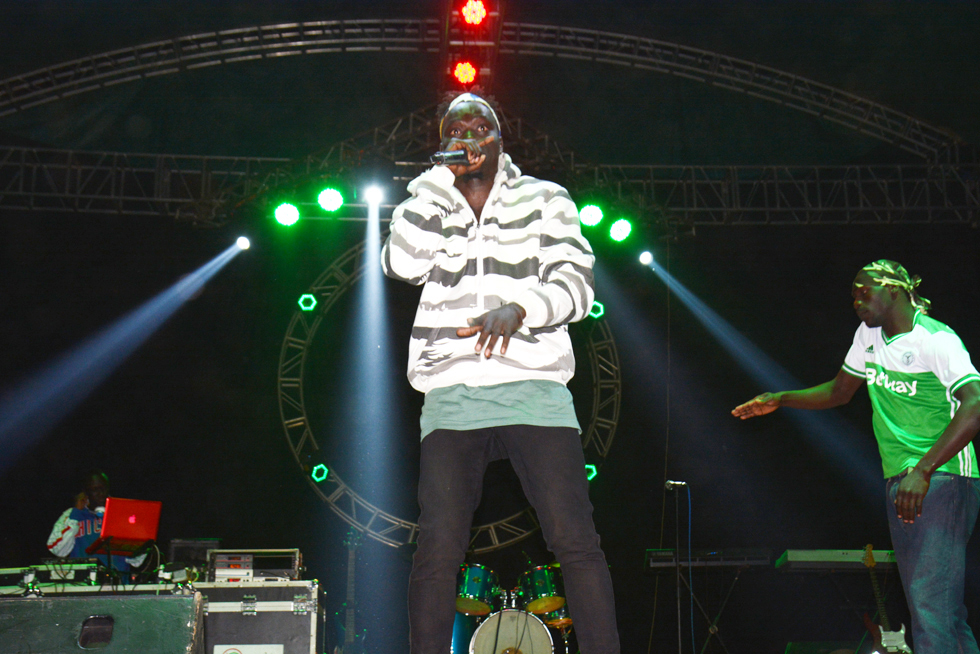 Chano8: Besides music, what else do you do?

Besides music, I am on the road taking Hip Hop to the grass roots with Platform 503, reading or thinking out loud or on the road for money.

Chano8: What are some of the challenges you face as a rapper and artiste from West Nile and entertainment world in general?

People think rapping is for wannabes. But doing this in the local languages beats the stereotype. Some people also find it rather hard to relate with Hip Hop music so they miss the most entertaining and educating music (genre). Even though this is changing over time, we all need the money. But to get the money, to me, one does not have to be a puppet of any genre of music his or her heart does not actually feel like doing. In West Nile, there is still some element of togetherness lacking as well among the artistes and also people failing to accept what it is entirely theirs. Onduparaka FC has been an eye opener to many such. The national media too has been giving us little attention and space but all this does not stop me or us from being our best. At the end of the day it is not only for Uganda, it is the whole world.

Chano8: Share with us your plans for the near future and where you see yourself in 5-10 years.

This year I will publish my first book ‘COLD DARK SILENCE’ and also drop my second studio album ‘6IX TEARS’. In the next five or ten years, I want to be representing West Nile Hip Hop on world platforms and have made good money from my talent.

Chano8: Your last words for our readers and your fans.

To all my fans, you inspire me, motivate me and make me. I will continue doing my best and at the same time making every person who listens to GBARASPOKEN MUSIC proud and to the reader of the Chano8 Magazine, it’s a pleasure connecting with you all. God bless you and God will continue doing wonderful things in all of us. We are all Kings and Queens in different ways but no King wants to lose his or her crown.